I don’t like beaches. Trust me, I’ve tried. From Australia’s Surfers’ Paradise to South Africa’s Clifton, from Sweden’s Skane to home-grown Kovalam in Kerala. Yet, am unable to fathom all the song and dance around them. So when I find myself in Goa recently, I decide to maintain a steadfast distance, keep my flip-flops firmly on, and explore its non-sandy personality instead. Que surpresa! 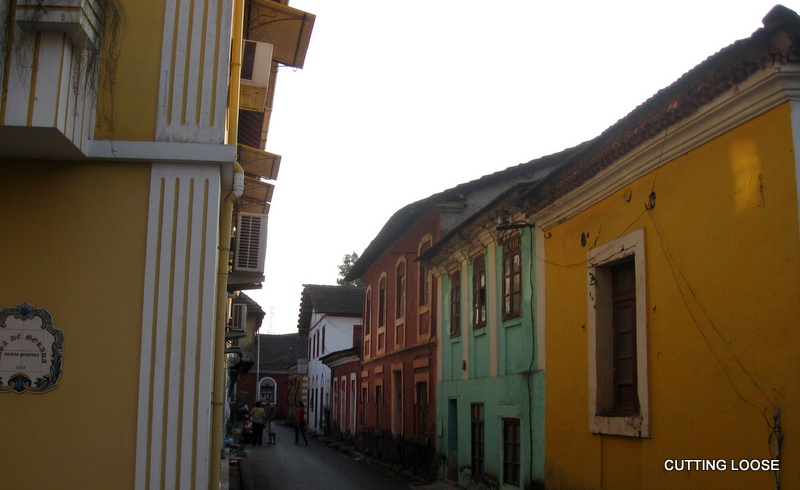 The Sao Tome-Fontainhas Heritage Walk Treat yourself to a leisurely one hour ramble through Goa’s inextricable Portuguese ancestry. Take off point is Casa da Moeda (House of Coins) in the midst of Panjim’s historic Tobacco Square. Go past the 400-year old Sao Tome Chapel via cobbled alleys flanked by brightly-hued homes, pop into an ancient bakery, peer at traditional ceramic name plates, covered porches, art galleries and much else before ending at the character-oozing Panjim Inn for a well-deserved cuppa. Contact Jack Sukhija (+91 9823025748) for details.

River Islands Only three reasons for you to be on the somnolent Divar Island: you live there, you are checking into the Devaaya Ayurveda & Nature Cure Centre, or like me, taking the ferry from Velha (Old) Goa to walk a less beaten path into rural tranquillity. Piedade village here is home to the Church Of Our Lady of Compassion, handsome Portuguese villas–some happily lived-in, some in disputed disrepair–and Marita’s Bakery, your only chance at munchies.

Chorao Island, the other, is reached from Raibandar and mostly comprises swampy mangroves of the Dr Salim Ali Bird Sanctuary. You will do well to arm yourself with bus-timings to and from the islands as taxis are rare sightings.

Goan Villages Give them a look-see, do. Not just the ones synonymous with tourist-choked beaches; them too, celebrated for quality produce of all manner. Once, Agassaim was the go-to for chorizos and sweet potatoes, Arpora for salt, Aldonha for chillies, Assagao for flowers. And we’re only just on alphabet ‘A’.

You’re looking at maybe a half hour drive–at the very least–into a hinterland replete with the ever-evocative clichés of coastal Konkan: gangly palms fringing velvety paddy fields, shy clusters of red-roofed hutments smothered by gnarly cashew trees, a temple here, a church there, snaking waterways and a distant sea.

Restaurants, not shacks The closest I came to scraping sand off my soles was the Calangute-located Casa Portuguesa. Only because it serves up some incredibly authentic Portuguese dishes, and is housed in a handsome old villa suffused in colonial hues amidst a tropical garden. A limited menu seafood delight, Cantare, makes up the front of a charmingly modified two-storied house in the Saligao area; solitude seekers will revel here. If you are in Panjim, do check-out Baba’s Wood Cafe for their Italian fare.

Located deep in Fontainhas, you could combine your visit with the Heritage Walk.  Also, I wasn’t entirely honest at the onset. I did drag myself through an unavoidable swathe of beach to get to Souza Lobo; for, love (of food) ke liye kuch bhi karega. The undisputed repository of traditional recipes, they claim to be neither restaurant, nor shack, but a state of mind. I agree.

When she is not travelling, she is writing about it. Over the past decade or so, she has created an impressive writing repertoire for herself: as a columnist with Hindustan Times, as a book reviewer for The Tribune and as a contributor to travel magazines in India and overseas. Her work-in-progress, the documenting of colonial heritage along the Old Hindustan-Tibet Road, is an outcome of her long-standing romance with the Himalayas.
Read More Share
Behind the Word Shimaguni
Missouri's Ladoga Ridge Winery, the Gem North of Kansas City