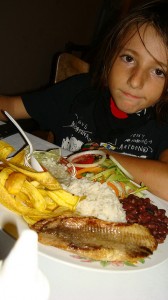 A $2 plate of food in Nicaragua

With the exception of Costa Rica and Nicaragua, the food on our travels have been pretty good.

Mexico was all kinds of different explosions of taste, Belize was loads of heavenly fried jacks, Guatemala was like Costa Rica and Nicaragua but a little better, Honduras had an amazing bean and cheese dip. El Salvador was probably my favorite though. 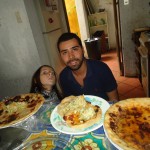 A pupusa is basically a thick tortilla with several ingredients inside and then they fry it. My mouth is watering.

There was also a HUGE market in Antigua, Guatemala. They sold fruits and veggies and meat. There were tons of local vendors and indigenous people selling there produce. One time my mom and I got lost in the market. 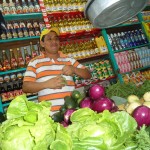 Costa Rica and Nicaragua were both pretty bland. Just rice and beans, for breakfast, lunch and dinner. Guatemala had black beans which I prefer over pinto beans.Guatemala also has some great fish. Mexico had delicious fish tacos and burritos, nachos and all. El Salvador’s pupusas take the cake. Inside you can get chorizo, cheese, beans, mushrooms and many other ingredients. 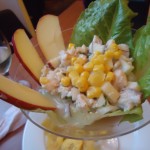 We also had some amazing ceviche in panama city. The second time we went it wasn’t as good but the 3rd time it was even worse. One night we had dinner at Manolo Characol, my first 12 course dinner, in a very nice restaurant in Casco Viejo, Panama.

Today Lainie considers herself a digital nomad who is living a location independent life. She and her son write and podcast their experiences from the road at Raising Miro on the Road of Life.
Read More Share
Jager’s Walk
Miro’s Best of 2010