Keshopur Chhamb (wetlands), a one-time swamp-turned-community-reserve on the outskirts of the city has been witnessing much avian activity in recent times with last year’s arrivals (some say 20,000) more than doubling previous numbers.

The 850 acres of this wetland, jointly held by six villages, play host to both resident and migratory birds through winter months. Birdwatchers are likely to spot large numbers of waterfowl here, and if fortunate, rarities like the Bar-Headed Goose, Northern Pintail, and Ruddy Shellduck.The Sarus Crane has so far confined itself to the neighbouring Shalla Pattan Wetland.

Traditionally, the constant conflict between Sikhs and Mughals, and their sundry representatives, had led to many a skirmish, battle, and massacre. Gurudwara Chotta Ghalughara (Lesser Massacre) marks just such an event that played itself out at this site in the year 1746. In order to avenge the death of his brother, Lakhpat Rai, a functionary of the Mughals, is said to have ordered the mass persecution of resident Sikhs, many of whom fled to the marshy forests near modern day Kahnuwan across the Ravi.

They were seriously outnumbered (cornered too when hostile Rajas of Hill States dispelled notions of refuge), some starved, others drowned, the remainder captured and marched back to Lahore for public beheading. A rather grand memorial, recent in vintage, to this genocide stands road-side backdropped by lush acreage en route the gurudwara.

Were you to head west from Gurdaspur towards Dera Baba Nanak, you will have to slice through a place called Kalanaur. This unremarkable town though is home to a historically remarkable 16th century attraction – the spot where a thirteen year old Akbar was crowned Emperor of Hindustan.

The Takhat-i-Akbari, as it is called, is a brick and mortar seat atop a square plinth fronted by a sunken pool (now empty) with cascades. It sits somewhat forlornly amidst verdant fields, fenced-in from the world in general by an iron-spoked boundary wall. Telling, really, of a receding relevance of so much of our rich past, even for the state. A painted sign reveals that the site is maintained by a well-meaning village panchayat, and not as one would expect, the ASI. 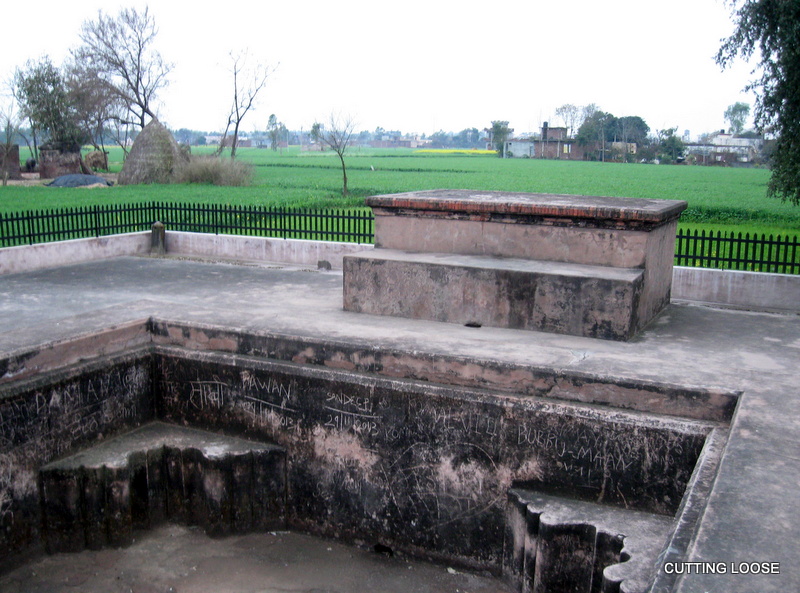 All of the above-listed attractions are within 25kms of the delightful homestay I checked into. Were you to do the same, there are plenty of experiential activities closer home. The dusty path along the canal for early morning jogs, for instance. Edged by eucalyptus trees and swathes of bulrush, it lends itself to many moments of reflection as you pace yourself in-step with that latest fitness application on your iphone. Okay, just kidding, leave the darn device home. A seven kilometre trot will bring you to a bridge across the canal in case you wish to get another perspective on your return. 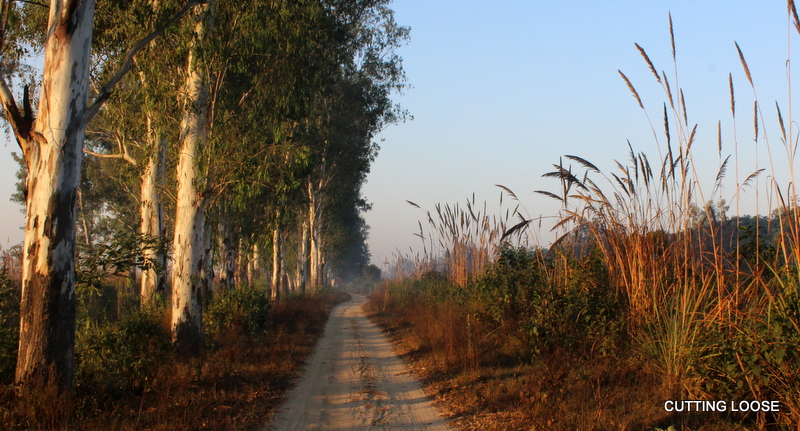 Winter evenings beg for endless cups of piping hot tea – take that nth cup at Toti’s (a real name of a real person, I kid you not) dhaba located at the end of a couple of kilometres in the opposite direction. For the past forty years, he has been happily serving travellers and villagers this sugary beverage with his other speciality – pakoras.

Regardless of time of day, his place – bang on a busy highway – is teeming with people, those in the know of his freshly minted spicy wares, as well as strangers awaiting bus-rides back home. He winds up late evening, just in time for you to catch the sun sliding down into the horizon across the canal. 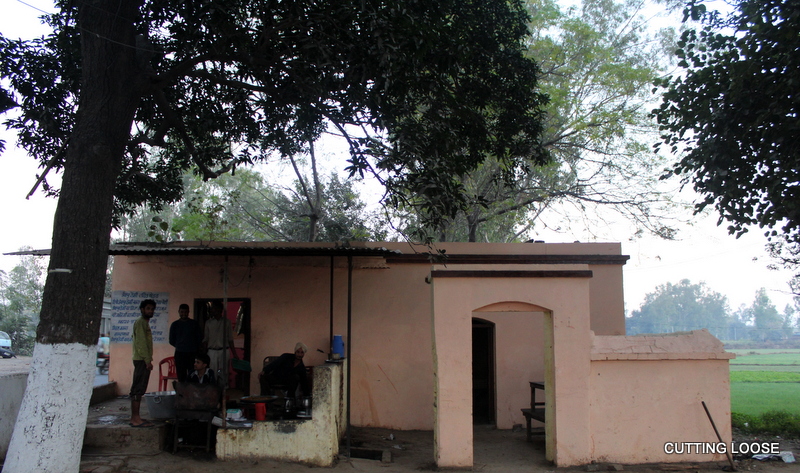 When she is not travelling, she is writing about it. Over the past decade or so, she has created an impressive writing repertoire for herself: as a columnist with Hindustan Times, as a book reviewer for The Tribune and as a contributor to travel magazines in India and overseas. Her work-in-progress, the documenting of colonial heritage along the Old Hindustan-Tibet Road, is an outcome of her long-standing romance with the Himalayas.
Read More Share
Why Hit South Dakota When It's Minus 4?
Learning the Nuances & Body Language of Elephants