Very early on in February this year a motley lot largely comprising Europeans was spotted excitedly finding its way around the flatlands of Punjab. Somewhat out of character, one would say, as the state as a whole is not known to be a destination for mass tourism or group travel. Excepting, of course, sundry jathas headed to one or more of its historical or popular places of faith, which is generally a domestic movement with the odd NRI family thrown in. 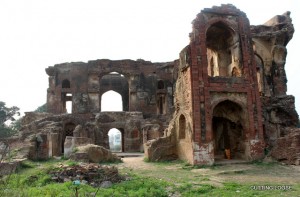 Imagine the surprise then when it was revealed that this group was visiting for purposes reasonably touristy in nature. For the sake of specifics, they were on a fortress tour; at a personal level, consequent to an irrepressible interest in military heritage and fortifications. In their varied professional capacities, however, as architects, sketch artists, heritage management students, conservation specialists, enthusiasts-at-large, they hoped to study conservation techniques and redevelopment practices. 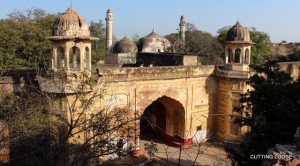 The group helmed by Dr Hans-Rudolf Neumann, Scientific Co-ordinator, European Cooperation Centre of Fortified Heritage (ECCOFORT), was facilitated in large measure by the efforts of the Cultural Resource Conservation Initiative (CRCI) in cobbling together a comprehensive itinerary. “Punjab has the potential to become an international tourist destination. The visitors were particularly intrigued by the forts of Bathinda, Gobindgarh and Bahadurgarh. These three monuments and their setting reveal the ancient, medieval and modern history of the state. Further, the Imperial Highway, as a cultural route, was the passage into India that connected Taxila to Nalanda, the two most important universities of Ancient India,” shares Gurmeet S Rai, Director and Principal Conservation Architect, CRCI. 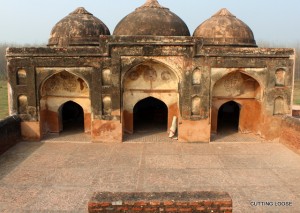 She adds, “Islam, too, came into India along this route. The throbbing living heritage of Bhakti-Sufi tradition can be experienced here due to this transmission of tradition and knowledge. Punjab is today a melting pot of cultures and the route led to this creation. This can become a brand for Punjab as a cultural-tourism destination.” Coming from the sole voting member from India on the International Scientific Committee of Cultural Tourism at ICOMOS International, this would be a fair assessment.

The visitors’ 10-day tryst with the state’s monumental legacy included visits to fortified structures in varied states of repair and disrepair. From the much-manicured Mughal Sarai at Shambhu to the fading grandeur of Patiala’s Qila Mubarak to the feverish restoration-in-progress at Gobindgarh Fort in Amritsar, they managed to cover a lot of ground. Foraying, as well, into the busy towns of Nabha, Ferozepur, Kapurthala, Nakodar, Phillaur, Doraha and Sirhind — all teeming with layers of history albeit crying for preservation. 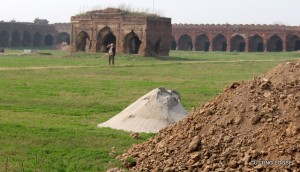 While many sites in the afore-mentioned places have received evident makeovers by departments overseeing their upkeep, conservation techniques have often left a lot to be desired. A lament shared by Gizem Dorter, an expert from Turkey. “As a cultural heritage professional it was interesting for me to see conservation practices during the tour, especially the use of traditional techniques and materials. One of the problem areas was the sameness created in some restored sites we visited. In some places, all patina and historical layers have been removed and one homogenous, clean but “historicised” surface is created taking away the interesting aspects of the sites. In order for this to be controlled heritage — architectural conservation professionals should be monitoring the conservation work going on, otherwise sites lose their meaning and history.” 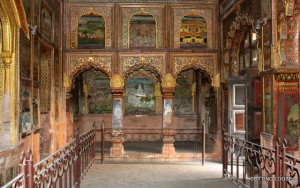 Other well-meaning professional voices echo her. Says Indira Zuljevic, a restoration architect from Utrecht, “We realised our views on conservation are very similar and techniques differ only when affected by climate and materials. The problem lies at the organisational and management level; in Europe we see it as “too much regulation” and in India as “not regulated enough”. She explained that restoration projects in the Netherlands are funded by public money and partially sponsored by private stakeholders,which typically on completion receive media coverage and those involved their moment of fame.

Soon after decay sets in and with any luck the same process repeats itself 40 years later! Her architect-partner Gerco Meijor pipes in, “We noticed a similar tendency here. In our view, it is not a sustainable solution. To stay in shape, projects, buildings or historical sites should earn their own preservation. To define this we will have to broaden the term conservation to heritage development. The goal is to enhance the sense of experience and participation which will generate a natural obligation for preservation.”

Dr Neumann, who having successfully led a insightful tour, invokes the sentiments of many heritage-loving individuals when he says, “Forts and fortresses are symbols of state power, and temples symbols of faith. Together with houses, villages, cities and the people who inhabit them, they form the history of a country. They are worth preserving.” Refreshing candour, no doubt, but begs further query. 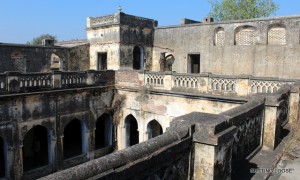 After conservation, what? After all, none can escape the reality that most of these structures are now located in the midst of or very close to habitation. “Don’t you see it is this very physical connection with their surroundings that give them opportunity for holistic development? Naturally, parts of the area could keep their function as museums and galleries but it is also easy to imagine vast spaces of big forts redeveloped as offices, health centres, markets, and even living spaces,” proffers the Dutch couple earnestly. 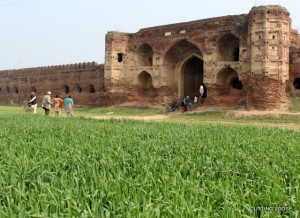 Most others believed reutilisation was key. Citing examples of the numerous sarais visited, they said redeveloping these ancient travellers’ inns keeping their original function in mind would probably serve the best purpose. Presently, save for the one in Shambhu, none of the others could lay claim to any semblance of visitor amenities in or around their modern day avatars. One would say it makes perfect sense. What better way to showcase Punjab’s legendary hospitality than by welcoming all into the expansive folds of its built heritage!

Note: This article has earlier appeared in The Tribune.

When she is not travelling, she is writing about it. Over the past decade or so, she has created an impressive writing repertoire for herself: as a columnist with Hindustan Times, as a book reviewer for The Tribune and as a contributor to travel magazines in India and overseas. Her work-in-progress, the documenting of colonial heritage along the Old Hindustan-Tibet Road, is an outcome of her long-standing romance with the Himalayas.
Read More Share
Learning How to Curl in Alberta Canada
Foodie Alert: Dining in America's Most Historical Buildings