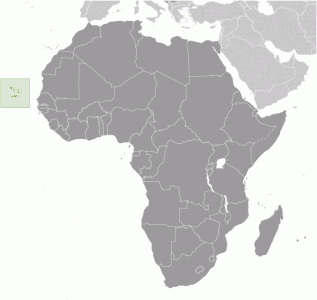 The magic of Cape Verdean food lies in history. This cluster of ten tiny islands and five islets dotted off the west coast of Africa was only inhabited in the 15th century, when Portuguese sailors stumbled upon them. Since that time, the islands have developed a cuisine steeped in both African and Portuguese traditions.

On any given day, fishermen can be found amidst the sea spray, casting their nets and lines in the shadow of volcanoes. They bring home prawn, shrimp, albacore, wahoo, grouper, and dorado. A brave few travel further from the coasts in hopes of bringing back a tiger shark, known to attack humans almost as often as Great White sharks. We made a wonderful spicy prawn recipe for our Angolan Global Table that is also eaten by Cape Verdeans. For a light lunch, this prawn dish could be served over a traditional Cape Verdean avocado and date salad (or dip). 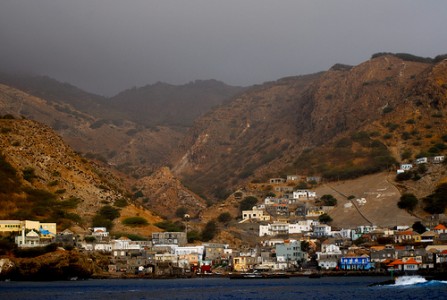 Cape Verde’s national dish is called cachupa, a hodge-podge stew that includes whatever vegetables and beans the cook has on hand. Hominy, pumpkin, squash, white potato, and sweet potatoes are often included. In some communities, neighbors even cook with a common pot, sharing what little produce they have with each other. While some cooks include fish or meat, this is a luxury afforded mainly to the rich (“rica”) or reserved for special occasions. When meat is added, it is usually smoked and dried sausage, after the Portuguese tradition. 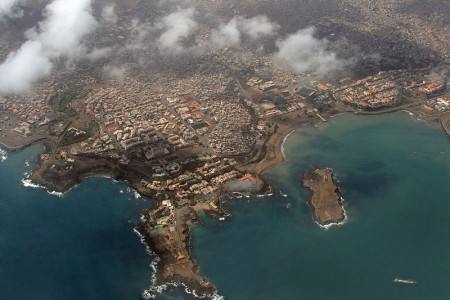 Incredibly, over half the 476,000 people live on one island, named Santiago. While agriculture is difficult due to water shortages, the people still produce bananas, corn, beans, and sweet potatoes.

Coconut is beloved by many and is found in desserts and drinks throughout Cape Verde. Coconut candies, made with caramelized sugar and fruit – like mango, papaya, and pineapple – are addictive and popular. Milk from the coconut makes a delightful beverage – children particularly love drinking it mixed with some regular milk and a sprinkle of cinnamon. 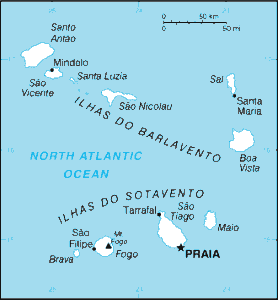