Ayodhya is on the right bank of the river Sarayu, a town closely associated with Rama, seventh incarnation of Vishnu.  For the longest time, Ayodhya for the most part was cloaked in indifferent obscurity. Cross referenced every now and then with childhood reminiscences of Amar Chitra Katha comics. They were an early introduction to our cultural heritage, their colour-infused pages peopled with historical and mythological figures.Well-researched story lines, costumes, architectural and factual details that overshadowed the pedagogy of school textbooks helped us ace many a general knowledge test.

One such informed about the legend of Rama, prince of Ayodha, central character in the Ramayana, an ancient Indian classic first authored by Valmiki. It tells of how Rama chose to go into a 14-year exile with his wife Sita, and brother Lakshman, to honour his father Dashrath’s wish. While there, his wife is abducted by Ravana, ruler of Lanka. 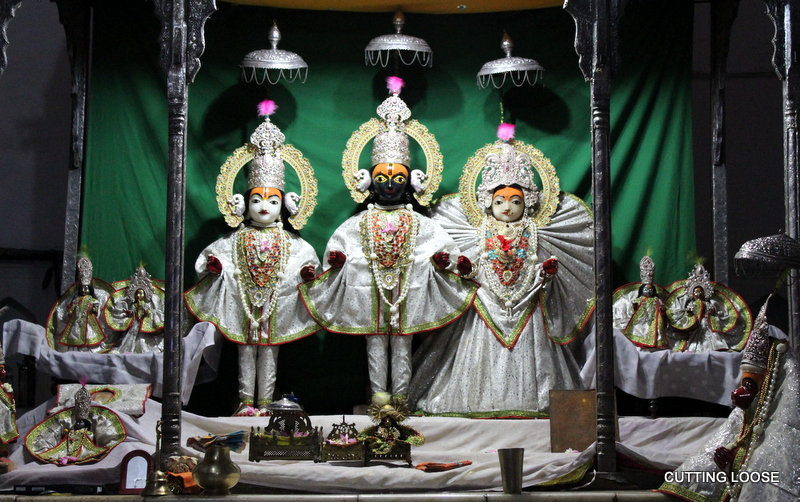 A war ensues and with the help of an army of monkeys led by Hanuman, Sugreeva and his brother Bali, Ravana is vanquished and Sita rescued. At the end of his exile Rama returns to Ayodhya amid much celebration on a day we now know as Diwali. His subsequent reign as a munificent and much-loved king came to be known as Ram Rajya. Simple enough to inform curious young minds to keep the faith, which they did.

Then along came adulthood, and current affairs. Ever since, Ayodhya has been about the exactitude of the brick-and-mortar space where her most revered icon could possibly have been birthed.  Frankly, this Ayodhya left me cold, appearing as she did, to have permitted a bunch of self-serving types to dictate and demolish the veracity of her many-tiered yet unquestionable historicity. 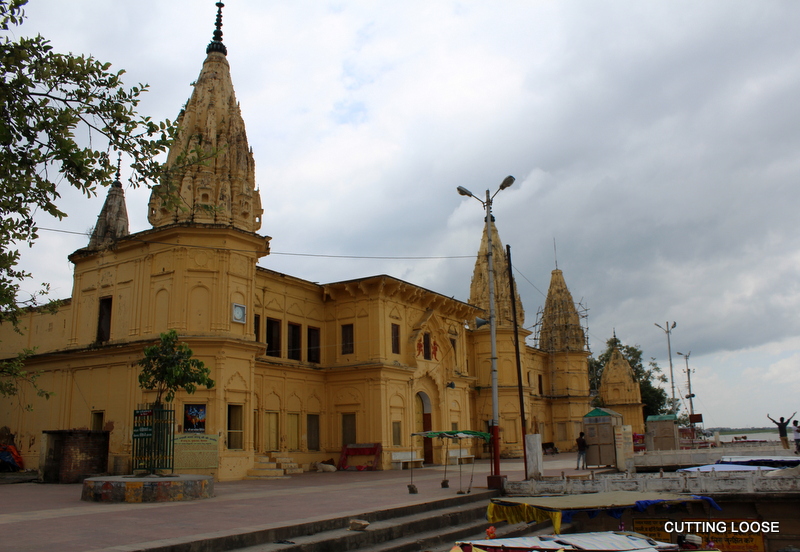 Guptar Ghat, Faizabad, from where Rama is believed to have ascended to the heavens

And so it was that I showed up at her doorstep a couple of months ago with no small measure of apathy.   I found her sound asleep; to be fair, it was an hour past midnight and I couldn’t wait to hit the sack myself. 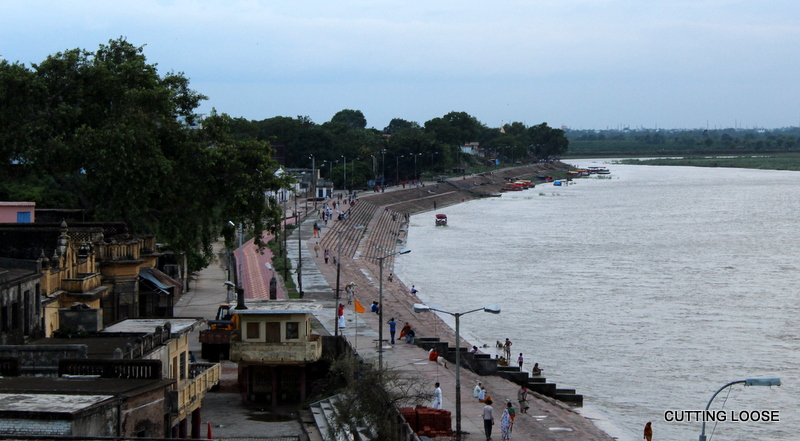 Regardless of the whys and wherefores, morning ushered in the irrepressible thrill of waking up in a place previously unfamiliar to me. Morning also brought along an earnest local lad who, I later learnt to my surprise, had taken the day off to simply show me around an Ayodhya less known; one not mired in notoriety, he declared. 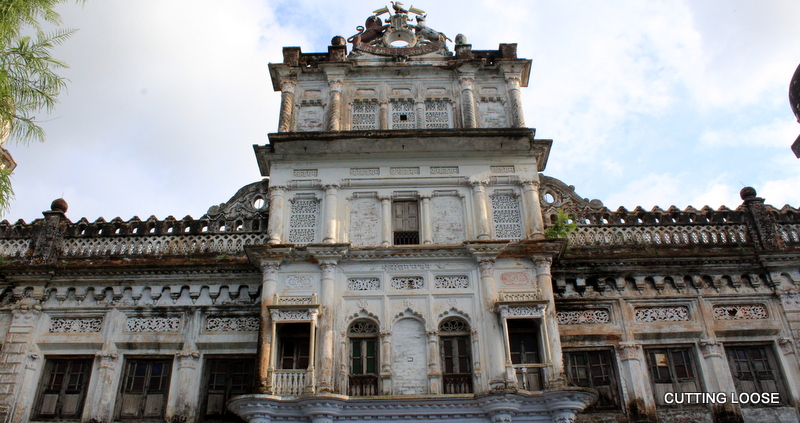 Kanchan Mahal – built by a royal devotee with her personal allowance

Hanuman Garhi, perched on a swell–we negotiated over seventy steep steps to get here–in the town’s most constricted neighbourhood, was our first stop. Milling faithful went about the business of supplication even as a chatty priest brought us up to speed with the temple’s structural history–credited to a Muslim ruler’s wife in thanksgiving for curing her husband’s illness–and other legends. 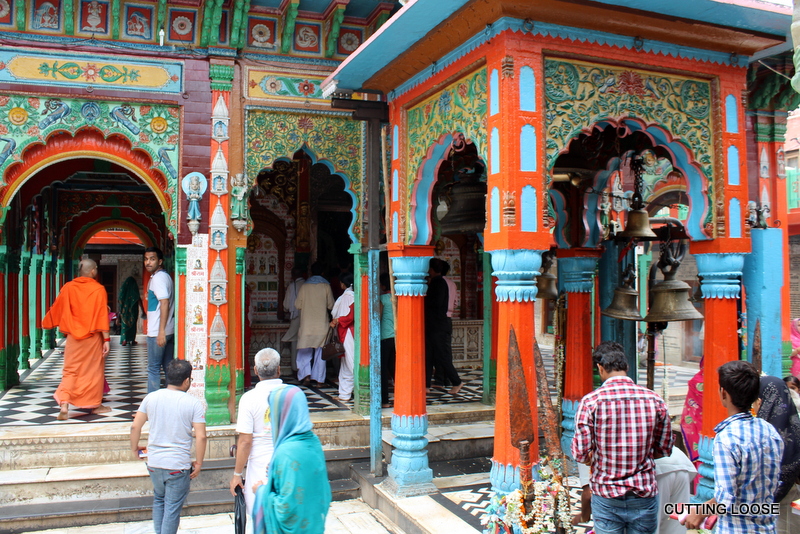 Looking down at Ayodhya’s amorphous sprawls from the temple’s sandstone-clad parapets debunked any ideas I may have harboured of tangible signs of antiquity. Warrens of tight alleys, flanked by higgledy-piggledy houses painted garishly, radiated in every conceivable direction; views of the horizon interposed by mobile towers, temple shikharas. Not far below was Ram Janmabhoomi, the improvised canvas structure where restless visitors–divested of all personal items except money and offerings–queue for a minimum of two hours, are subjected to half a dozen security checks, and then granted a blink-and-miss glimpse of Ramlalla from a considerable distance. Photography not allowed. 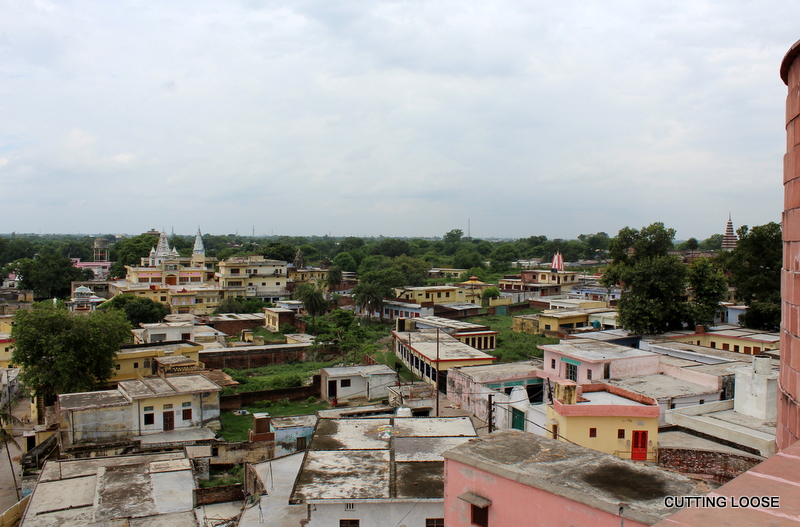 In contrast, the Bundela-styled Kanak Bhawan, built by the royal house of Orchha and Tikamgarh in late 19th century, believed to be the site of the palace Kaikeyi gifted her newly-arrived daughter-in-law Sita, was a study in equanimity. A massive chessboard-floored courtyard led to a high-ceilinged, many-arched hall where idols of Rama and Sita watch over the devoted as they lazily break into singing, chanting and clapping every now and then. 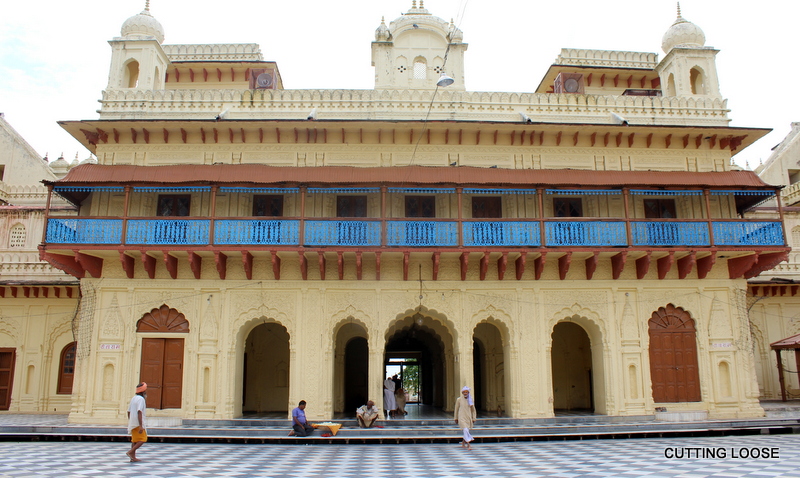 This unhurried approach towards faith replicated itself at nearly every temple, ghat and akhara we subsequently visited. No wheedling touts; no demanding priests; no yarn-spinning guides; indeed, none of the commercial crassness I have come to associate with religious centres of this nature. Even the laidback air of the Saryu arti was a refreshing change from the orchestrated show it has become in similar destinations elsewhere. 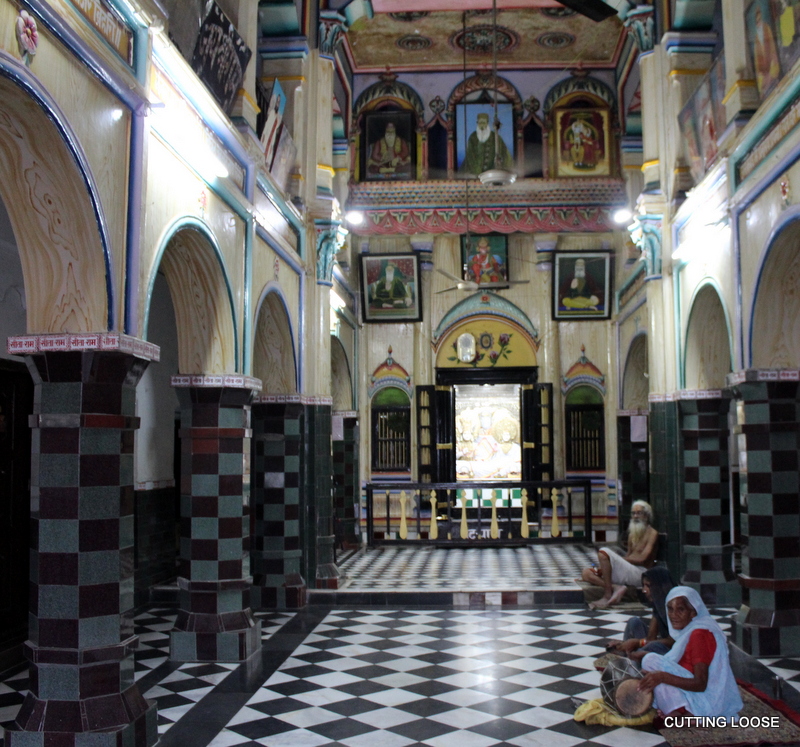 It is regrettable that the distorted face Ayodhya presents to the world is so far removed from reality. I sensed, having earlier fallen prey to human weakness, one-upmanship, self-promotion, and divisive politics, she would really just like to be left alone to manage her own affairs. To revert to her longstanding self as a multi-faith centre where co-existence was once a way of life. 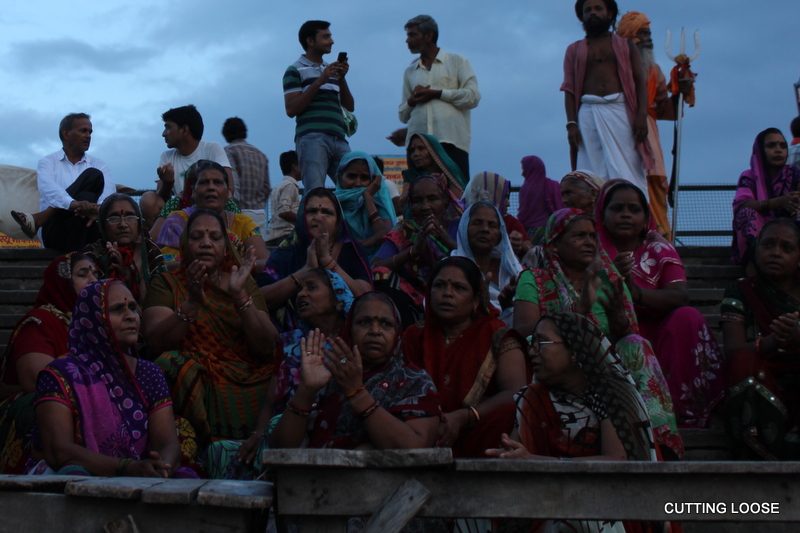 An achievement her very many enlightened citizens, respected, and well-meaning community leaders are more than capable of fetching; indeed have. I also noted while the jury is still out on whether original histories should be re-written, over-written or rested, Ayodhya is quietly but diligently attempting to make amends. Because, in the end, after all has been said and done, it is she who is answerable to her god. 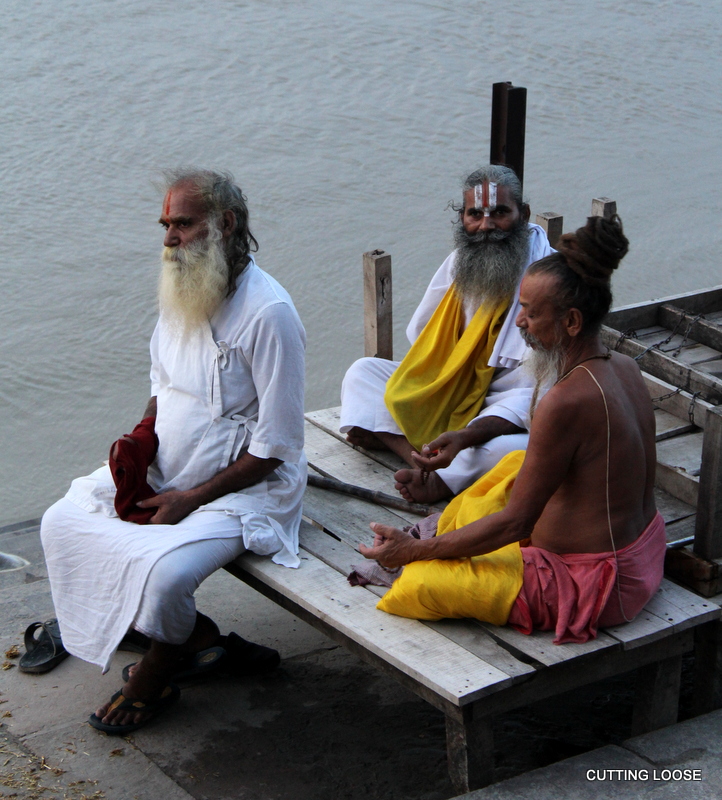 When she is not travelling, she is writing about it. Over the past decade or so, she has created an impressive writing repertoire for herself: as a columnist with Hindustan Times, as a book reviewer for The Tribune and as a contributor to travel magazines in India and overseas. Her work-in-progress, the documenting of colonial heritage along the Old Hindustan-Tibet Road, is an outcome of her long-standing romance with the Himalayas.
Read More Share
Head to Tofino for Great Food & Adventure in Canada's Clayoquot Sound
Adventure Travel: Bobsledding in the Adirondacks When Its 80 Degrees