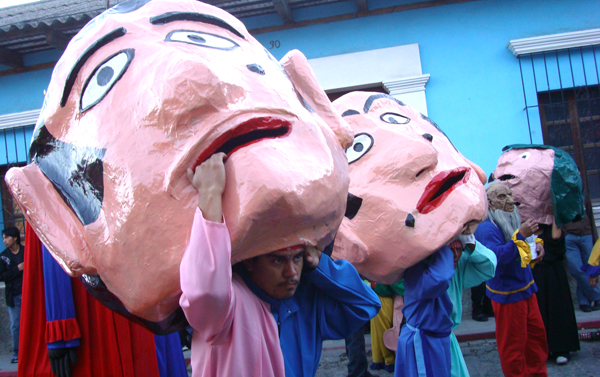 Christmas 2009, in Guatemala. We found the streets crowded with lively costumed performers. 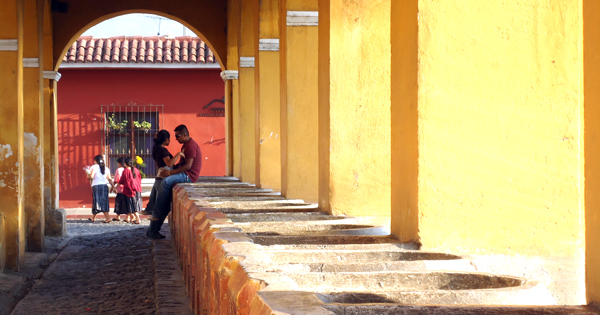 On the weekends, the public “pilas” (for washing clothes) were in use by the Mayan women. During the week, scores of school age teens would hang out there. We fondly referred to this area as the kissing park. 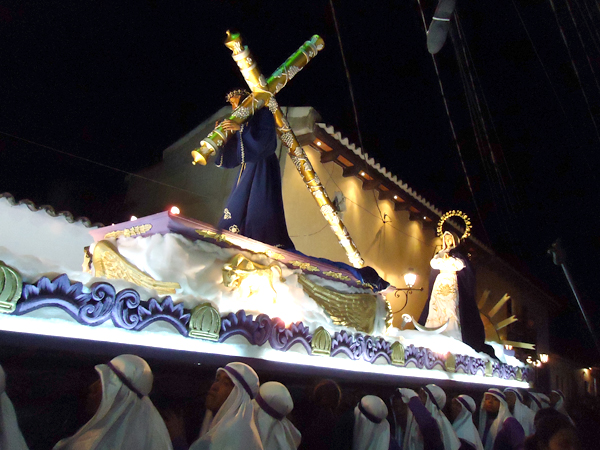 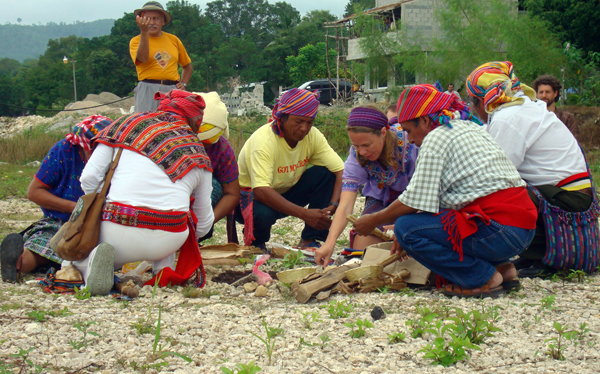 Setting up for a Mayan fire ceremony in El Remate, near Tikal. 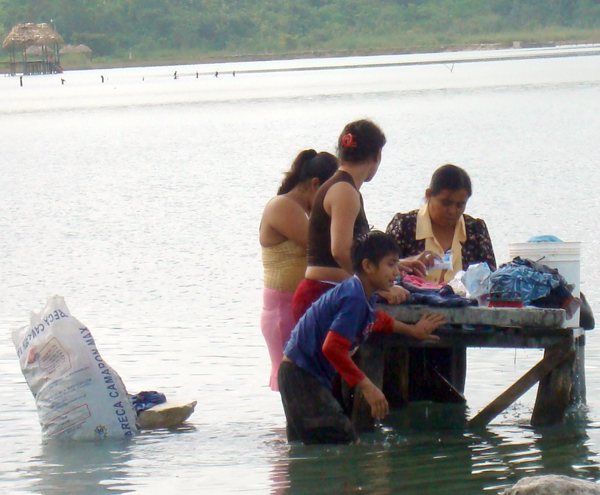 Women in the lake at El Remate, Guatemala washing their clothes. 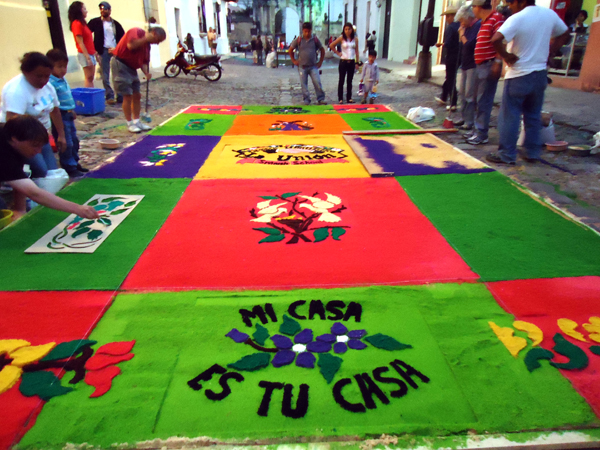 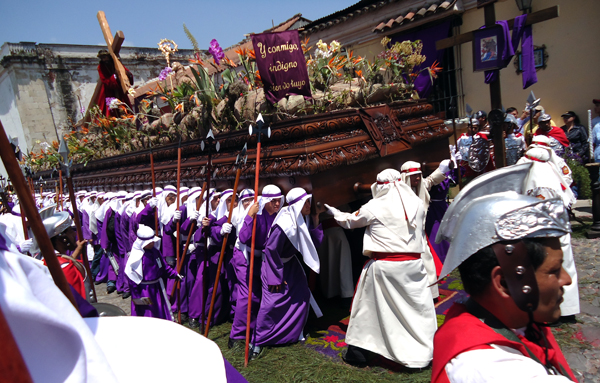 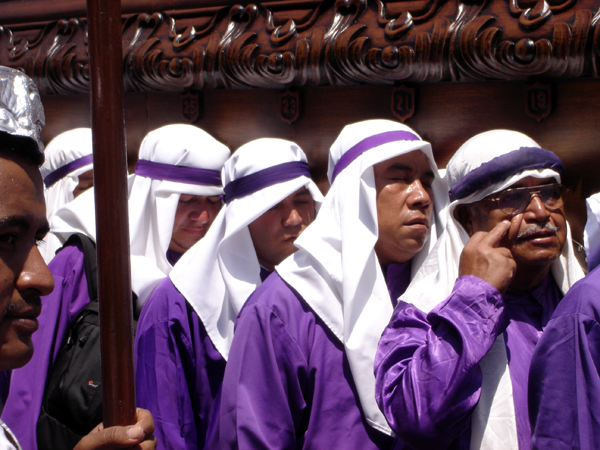 I love this photo, shows the pilgrims deep in trance. 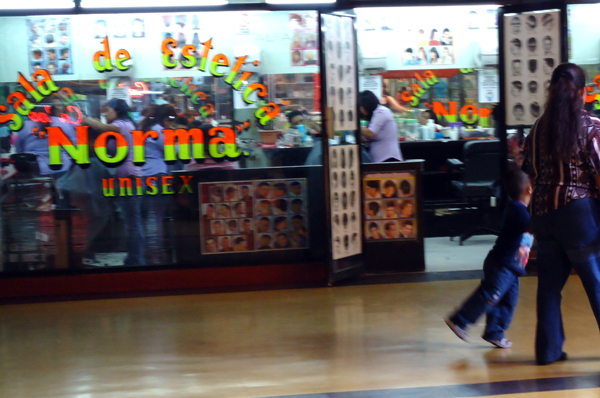 Found a series of hair salons in an underground shopping area in Guatemala City.
The majority of the people who work in them are transvestites.
I was told by a security guard to put my camera away, so this the only shot I got. 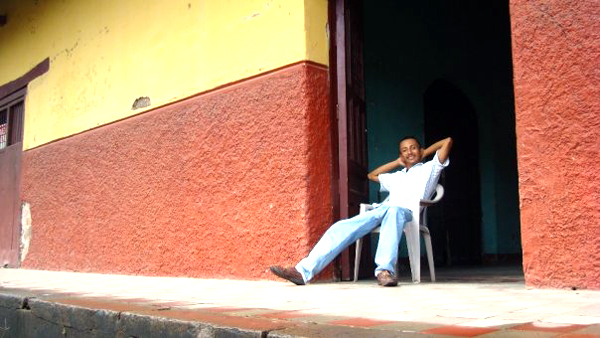 A man sitting outside his home in Granada, Nicaragua. 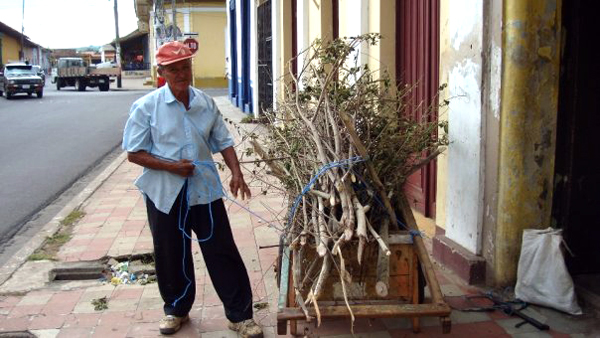 A man with sticks in his wooden cart, in Granada, Nicaragua. 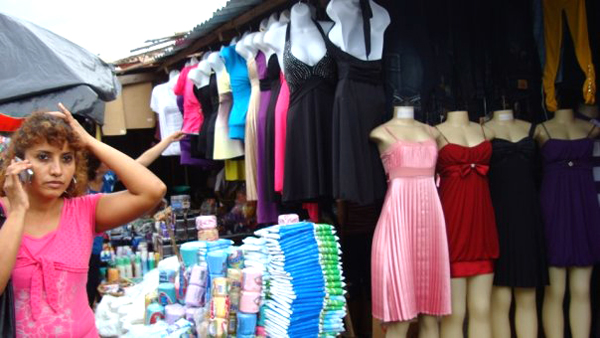 A woman on the phone in the street market in Granada, Nicaragua. 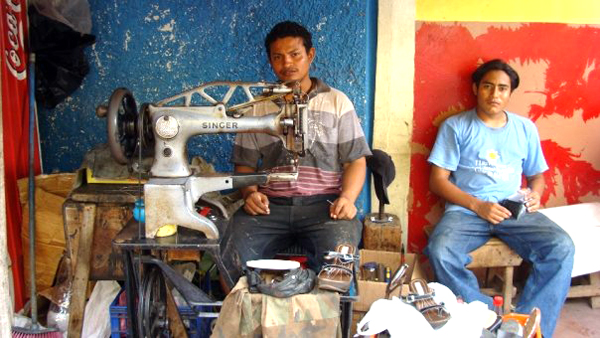 A street shoe repair man in the street market in Granada, Nicaragua. 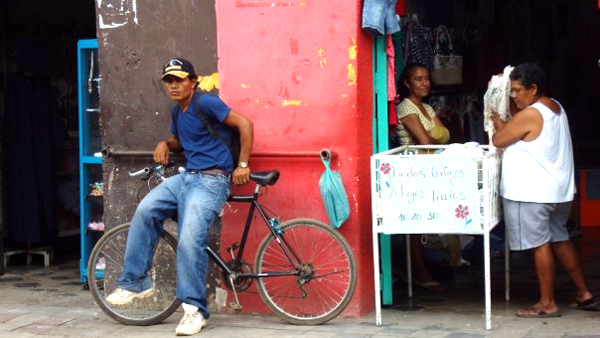 Another scene from the street market in Granada, Nicaragua. 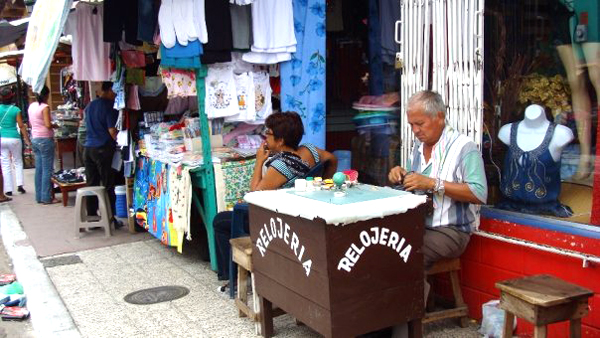 A watch repair man in the street market in Granada, Nicaragua. 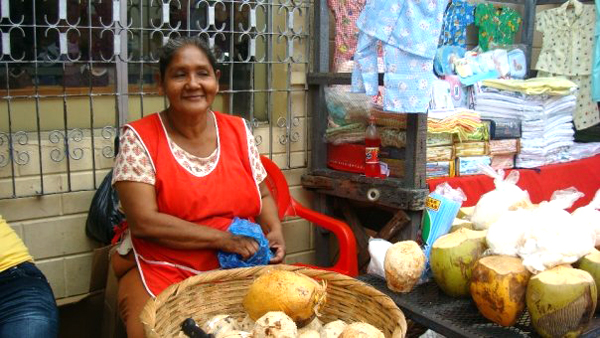 A woman selling coconut fruit in the street market in Granada, Nicaragua. 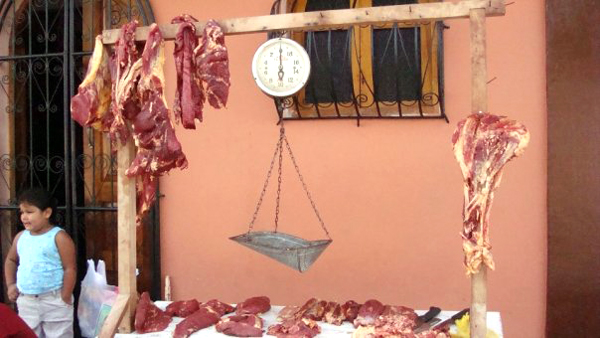 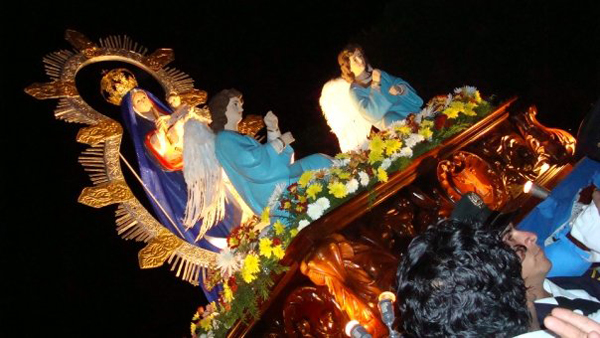 Float honoring the Virgin Mary during the celebration
commemorating the immaculate conception in Granada Nicaragua. 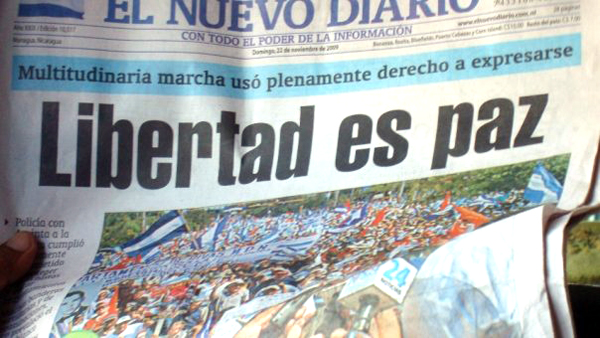 Liberty is peace in Nicaragua! 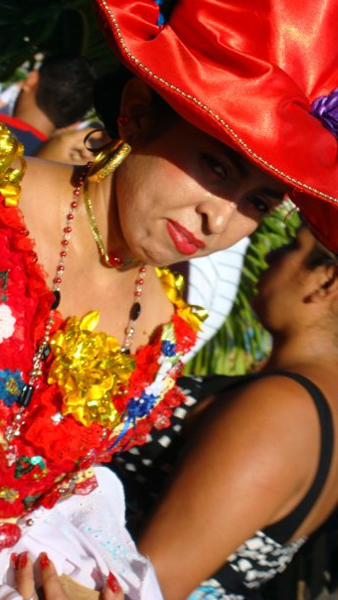 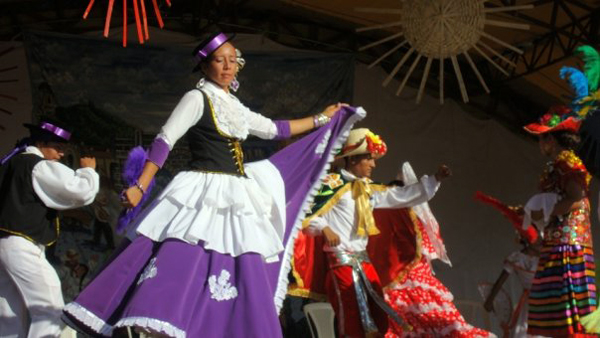 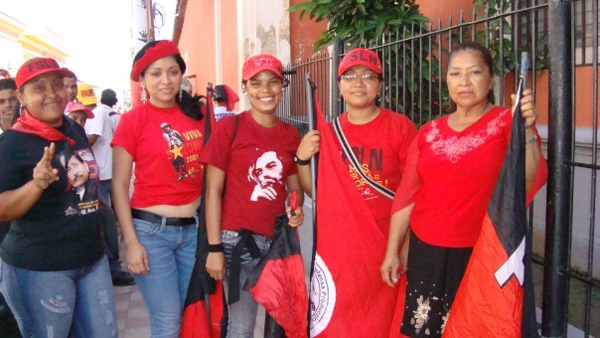 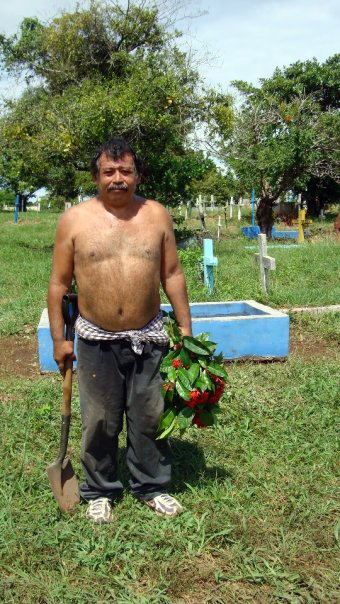 Man working in the grave yard in Granada Nicaragua on the Day of the Dead. 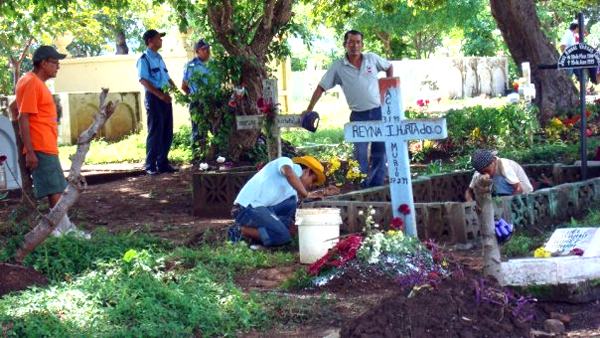 A slice of life at the cemetery on the Day of the Dead. 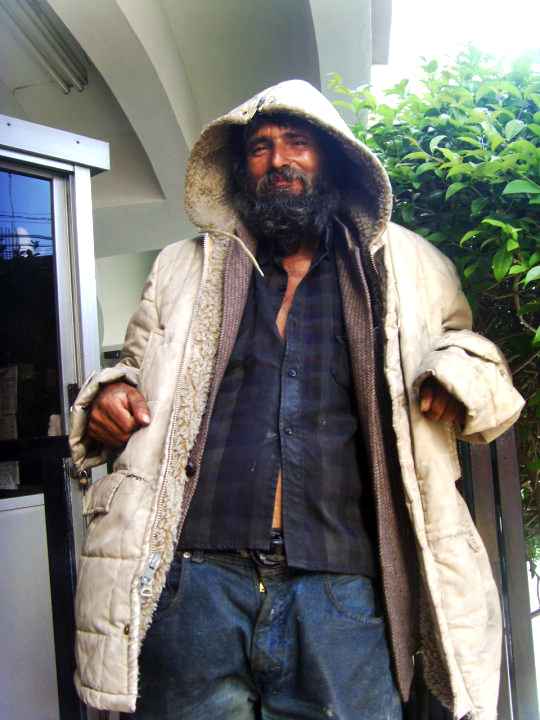 I took this picture of this man, who lived on the street in Guatemala.
I gave him some money to take his picture, he agreed, but I never expected
his kind smile and the way his eyes lit up when I pulled out my camera.
I was so grateful to have connected with this man for the moment I did.

Today Lainie considers herself a digital nomad who is living a location independent life. She and her son write and podcast their experiences from the road at Raising Miro on the Road of Life.
Read More Share
What Do They Eat in Denmark?
Colors of Kyoto Botanical Gardens in Spring