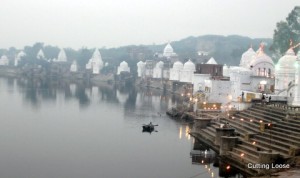 For a better part of the year, Bateshwar, some 70 odd kilometers from Agra, remains a dusty little place, ignored and overcome by sloth, as is the nature of small-town Uttar Pradesh.

Dating back to the Mauryan era, it takes its name from the Bateshwarnath Temple dedicated to Lord Shiva where metal bells make for an unusual offering post fulfillment of wishes.

The town also finds mention in Jain texts as Shouripura, after the Yadava king Shursen, 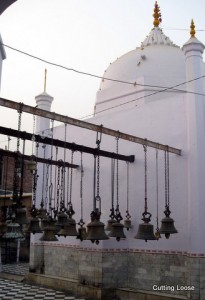 great-grandfather to cousins Lord Krishna and Neminath, the 22nd Tirthankar; indicative of its prominence as a religious destination for both Hindus and Jains. More recently, it is known as the birthplace of our 11th Prime Minister, Atal Behari Vajpayee.

Over forty, sparkling white temples, of indeterminate age and style, line the crescent shaped riverfront of the Yamuna as it snakes along; painting one heck of a pretty picture, sandwiched as they are between soft acacia rich hills and the calm blue of the river.

A crumbling, fort-like structure looms large as you navigate the narrow streets to the Pataleshwar Temple, to peer closely at the dank dungeon walls replete with beautiful artworks. 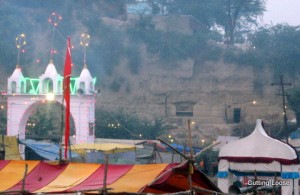 metamorphoses into a hub of commercial activity as it readies to host its annual rural fair. The first half of this is devoted to animal trade with all manner of bovine and equine members up for grabs.

Followed soon after by a religious fair with a brief lull in between when sadhus representing numerous sects begin congregating, setting up make-shift shop in tented accommodation.

Many return to well-worn caves tunneled into the belly of the surrounding hills, with mere will-power holding together this endless labyrinth! 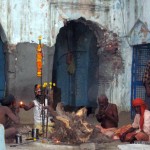 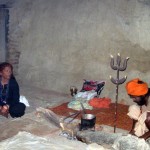 Thankfully bereft of crass commercialization (so far) as is the case with other more popular fairs, the Bateshwar fair is really an outing for rustic India, vibrant and unaffected by urban chaos. A night-out that includes a customary dip in the river, some pravachan time, local delicacies and shopping galore.

The tourist (read yours truly) is left well alone to revel in the colorful sights, wafting aromas, and the sounds of temple bells, chants, blaring music and laughter; a mélange that defines a truly happy people. 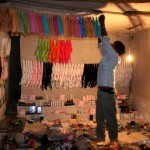 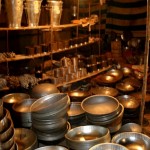 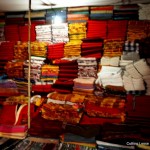 When she is not travelling, she is writing about it. Over the past decade or so, she has created an impressive writing repertoire for herself: as a columnist with Hindustan Times, as a book reviewer for The Tribune and as a contributor to travel magazines in India and overseas. Her work-in-progress, the documenting of colonial heritage along the Old Hindustan-Tibet Road, is an outcome of her long-standing romance with the Himalayas.
Read More Share
8 Urban Spaces Around World Are Reborn as Green Parks
32 Photos of Words & Symbols in Central America