No one knew exactly how the cats got there. But one thing is for sure: they have already made Parque Kennedy their home. Here, deep inside the heart of Miraflores, Lima, these felines have found a safe haven living and socializing with the locals, artists, and the occasional tourists. No one owns them, yet they seem to belong to everyone. 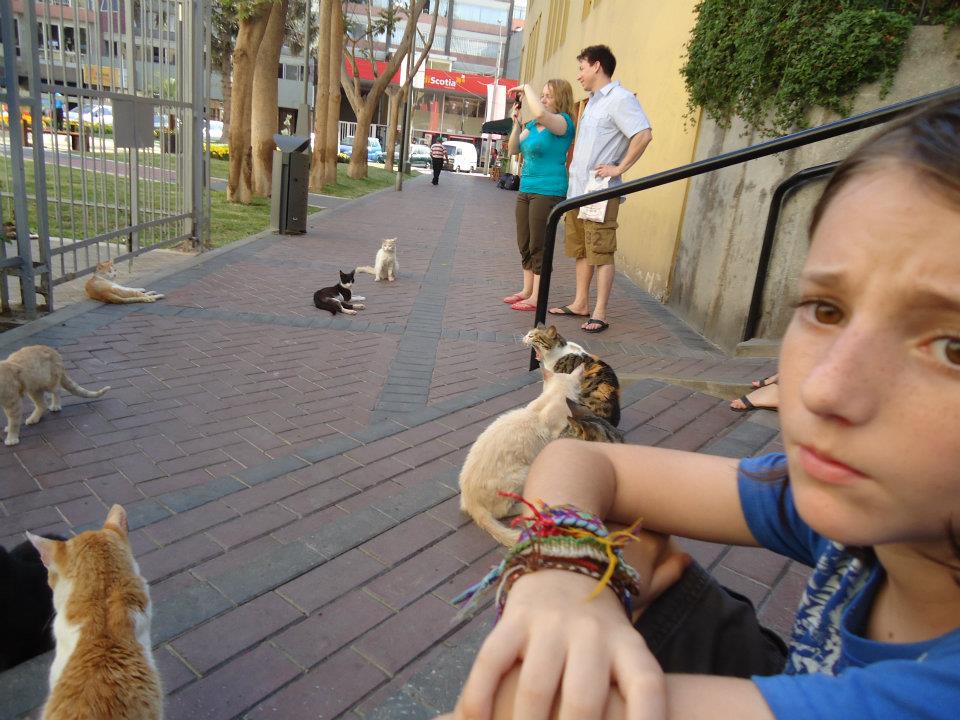 But not everybody is happy with their presence.

Numerous theories abound regarding their origin. Long-time residents estimated that the cats started showing up about twenty years ago, though the exact nature of their appearance is still unclear. Some say that a woman left a pregnant cat in the park, while others believe that the cats were the result of the district’s solution to a previous problem- a rat infestation. The cats were made to roam free in the areas near the La Iglesia de la Virgen Milagrosa church to deal with the pests; never would they have imagined that they would be one day considered as pests themselves by some of the locals.

Among themselves, the residents seem to be divided about the issue of the cats. Some view them as dirty, feral, possibly disease-bearing, creatures that ought to be eliminated; while on the other side of the fence are those who raise money to provide food and veterinary services to the cats, risking the ire and contempt of their cat-hating neighbors.

Concern for health is the top reason for some of the locals’ animosity towards the cats. Many fear the possibility of them transmitting illnesses to humans. Though it is possible, veterinarians tell them that the chances of disease spreading from cats to human is very slim- one has to ingest the meat or feces of an infected cat first before becoming sick. 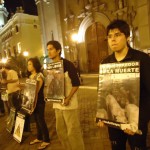 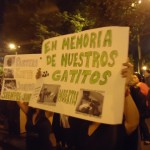 To allay the locals’ concerns, some veterinarians and concerned citizens have volunteered to take care of the cats’ health and well-being. They are neutered and spayed to control the population, and also, the abandonment of additional cats in the park is strictly prohibited. Only authorized persons are allowed to provide food for the felines; no one should feed the cats raw meat since this risks the possibility of disease. The area around the park is sanitized and cleaned regularly to remove odors and waste, while the local government has done some necessary steps to oversee the groups that take care of the cats.

The cats in Parque Kennedy in Miraflores, Peru, are of a special kind. They are clean, well-behaved, friendly, enjoyable, creatures that attract a lot of tourists and pet-lovers alike. They are almost an integral part of the park themselves. With a little bit of concession, the existence of these cats should not be of trouble to anyone. They could be a great model on how humans and animals can peacefully co-exist with each other.

Mohatma Gandhi says that the way we treat our animals shows how great our society is.

The locals of Parque Kennedy, with their love for their resident cats, is a sure sign that there still is hope for greatness in the world.

Today Lainie considers herself a digital nomad who is living a location independent life. She and her son write and podcast their experiences from the road at Raising Miro on the Road of Life.
Read More Share
Baseball From the Fan’s Viewpoint
India is a Shoppers Paradise: What To Buy & Where