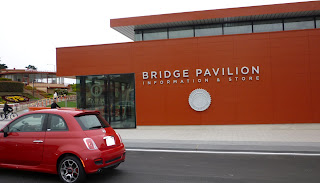 Anyone around 25 years ago in San Francisco remembers the 50th anniversary of the Golden Gate Bridge, a gorgeous day where it seemed everyone in the Bay Area wanted to walk across the span, closed to auto traffic for the celebration.

Fast forward to 2012: the big event being planned for the bridge’s 75th anniversary is quite different from that frenzy of tens of thousands cramming onto the bridge. The focus of this year’s carefully-planned festivities will be the city’s waterfront along the Marina Green and Crissy Field, culminating in a grand fireworks finale at 9:30 p.m. 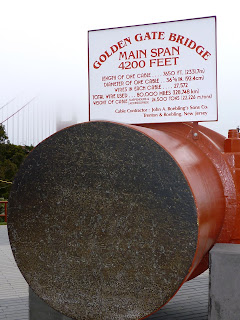 During the day, Crissy Field will have dance and live music from 11 a.m. to 11 p.m., with vintage cars and motorcycles on display.

A historic watercraft parade with classic boats is on tap at the St. Francis Yacht Club from 11 a.m. to 3 p.m. while, at adjacent Marina Green,  dance troupes and bands will perform from 11 a.m. to 10 p.m. 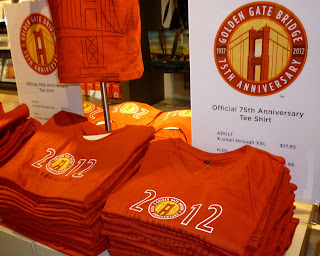 But no doubt the show-stopper will be fireworks over the bridge’s iconic towers, with soundtrack aired live on KFOG 104.5/97.7 FM. And, like all fireworks in San Francisco, much will depend on the weather. If it’s a clear evening (fingers crossed), they should be amazing.

The best place to see them will be any where from Fort Point to the eastern part of the Marina Green, organizers said. The city’s hills (particularly the ridge above Cow Hollow) and the Marin Headlands should also provide terrific views. 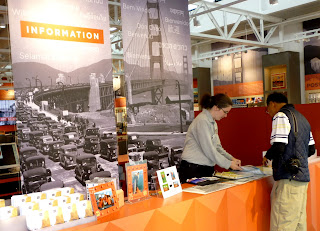 Officials from the Golden Gate National Parks Conservancy, the Golden Gate Bridge, Highway and Transportation District and the city of San Francisco are recommending not to drive to the waterfront because parking will not be available in the Presidio, Crissy Field or Marina Green. “Severe” traffic congestion is expected, they say.

The tear-down of Doyle Drive and maze-like Presidio detours are also complicating matters. So, plan to take public transportation and give yourself plenty of time. Or walk or bike.

Meanwhile, there’s so much to like about what’s new in the Presidio and bridge area, including a sleek new visitors center, gift shop and plaza open at the bridge (photos here), for the first time offering the millions who come to San Francisco to see the city’s most famous landmark a place to learn about the span, buy some very cool and unique souvenirs and grab a bite (a cafe is planned to open in a few months).

The beautiful new area — all done in “International Orange,” the bridge’s special color — is fitting to such a spectacular setting.