As my Tabriz-bound flight waited on the tarmac in Shiraz, I looked through my itinerary to see what my two days in northwestern Iran’s largest city would bring, besides the Blue Mosque, of course. It was the Blue Mosque after all which motivated me to add Tabriz to my trip in the first place. That’s funny, I thought as I noticed the words “Azerbaijan Museum” on my itinerary. I remembered how vehemently the exhibit inside the Vank Cathedral of Isfahan had denounced the Caspian Country. I wonder if they meant ‘Armenia.’

As it turns out, Armenia and Azerbaijan were not the only other countries my time in Tabriz would evoke. In fact, Iran itself was just about the only place traveling in Tabriz didn’t call to mind.

After running—literally—out of Darya Hotel, which might just be the filthiest lodging I’ve seen with my own eyes, I took to the streets of Tabriz. As I made my way through its city center, past attractions like the Arg-e Tabriz Citadel and the historical Nikdel House toward the aforementioned Blue Mosque, I had a strange sense of déjà-vû, as if I’d accidentally flown to Turkey instead of Tabriz.

And what about Tabriz reminded me so much of Turkey? Well, everything. The people, both their look and mannerisms, and even the way women wore their hijabs. The shops and the sorts of souvenirs they sold. The fact that Turkish language seemed to be just as ubiquitous on local businesses as Farsi.

My guide confirmed my suspicions as we approached the dilapidated entrance to the Mosque, which was never fully repaired (don’t worry, that’s part of its charm!) following its damage in an 18th-century earthquake.

“The people here speak Turkish—they are Turks,” she said, before contradicting herself. “But not Turks from Turkey.” 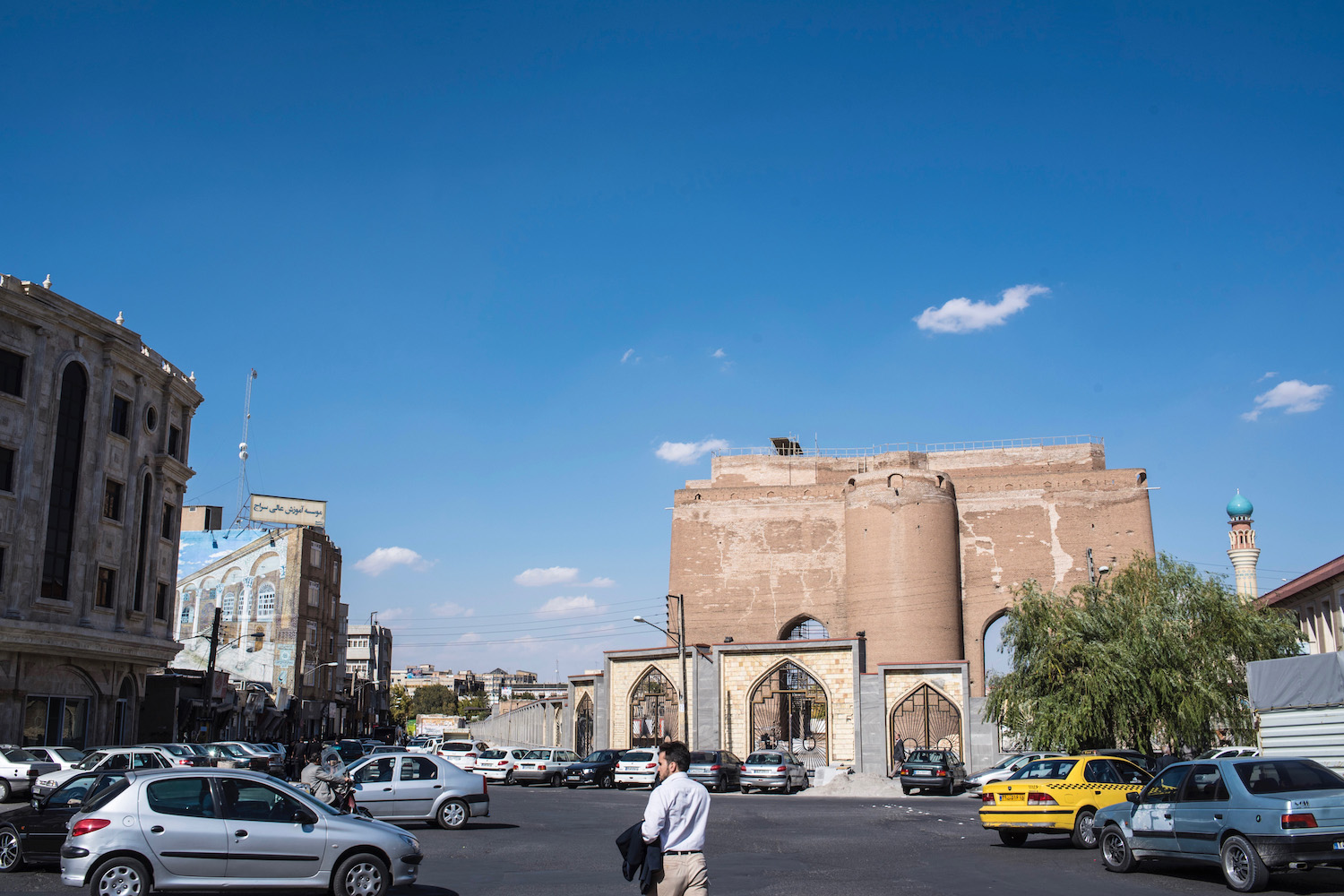 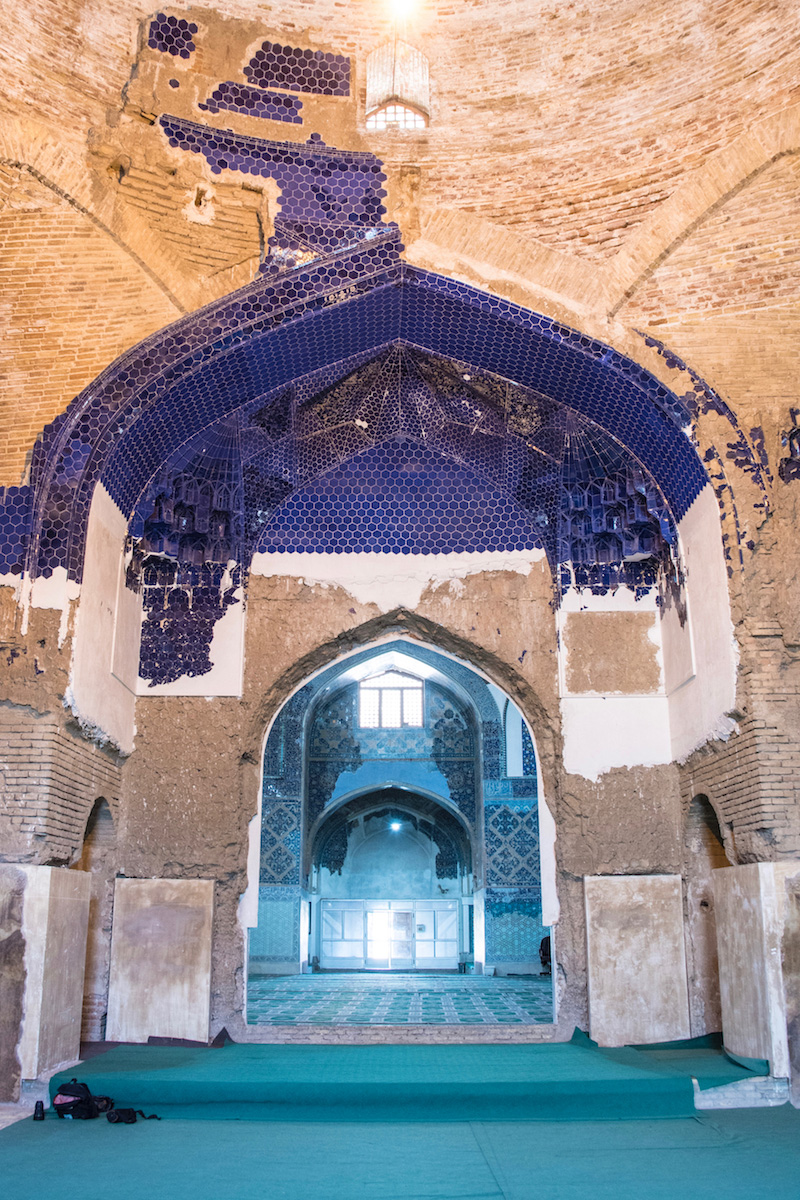 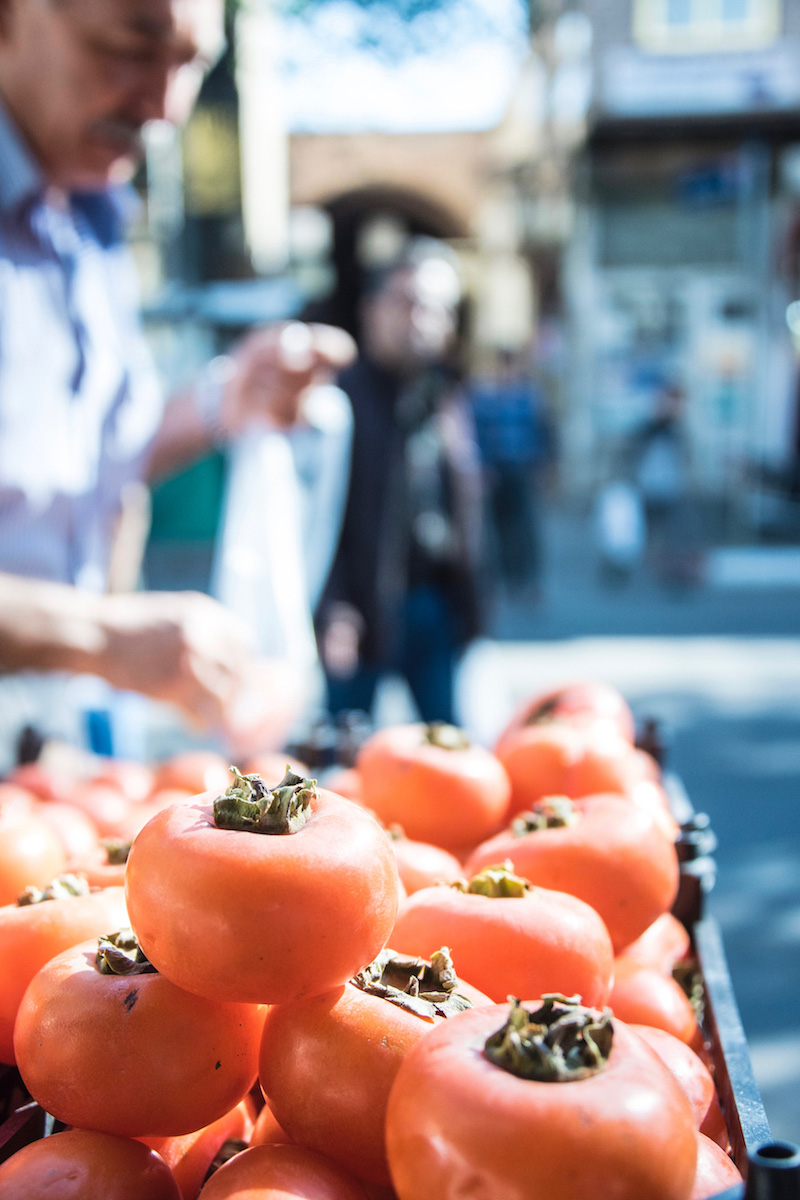 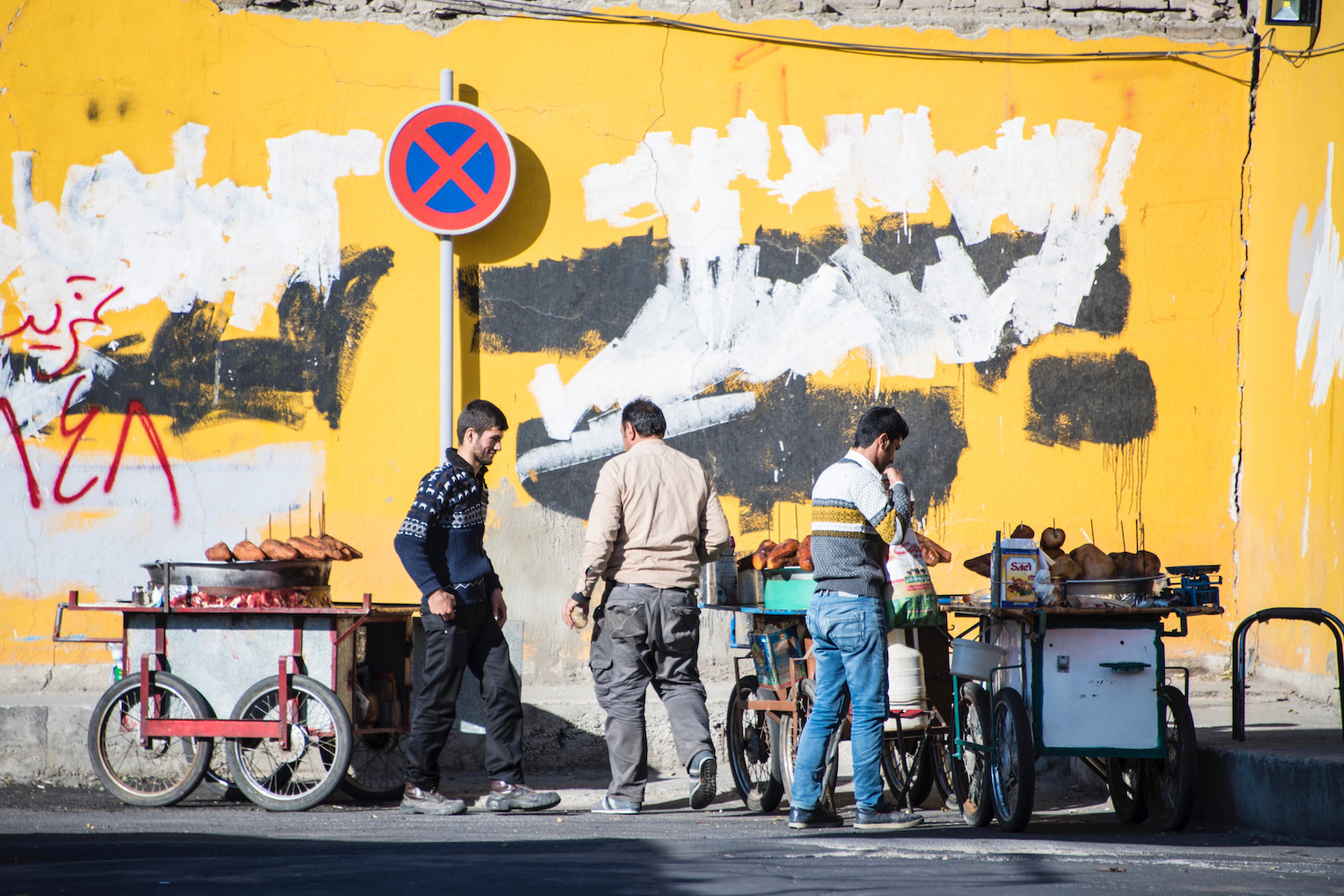 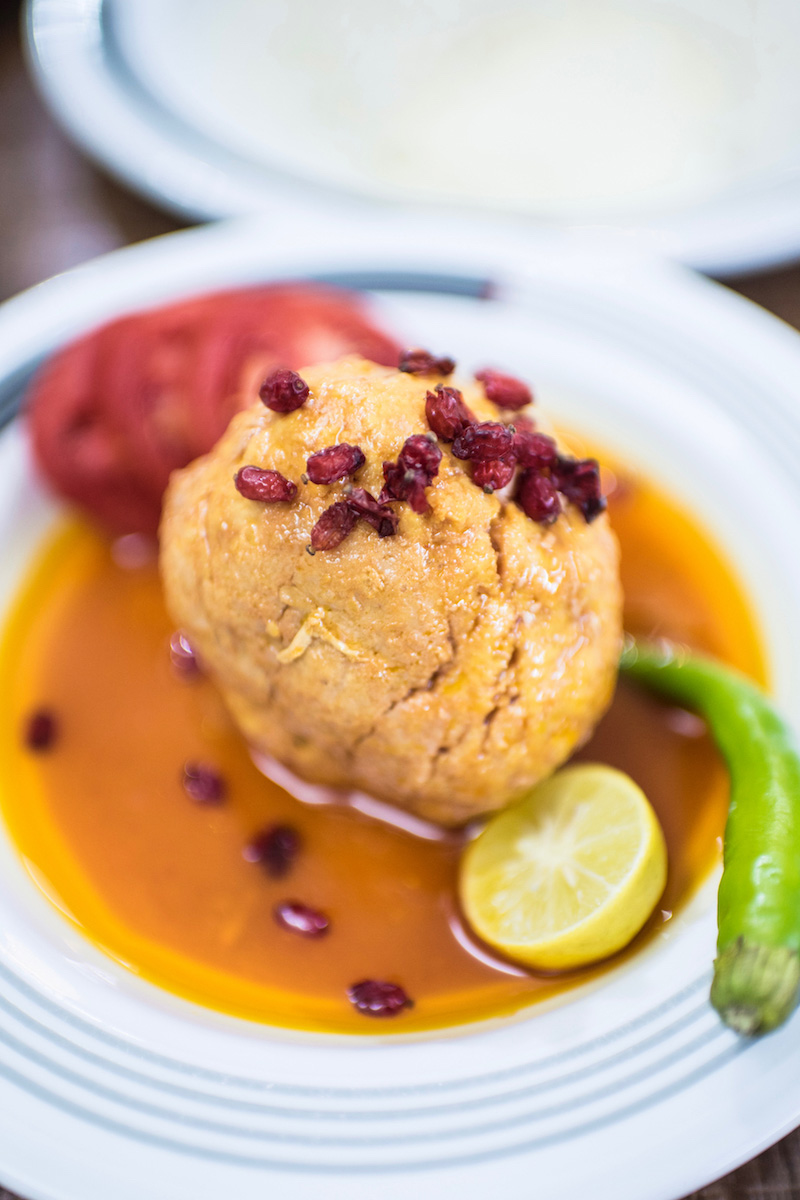 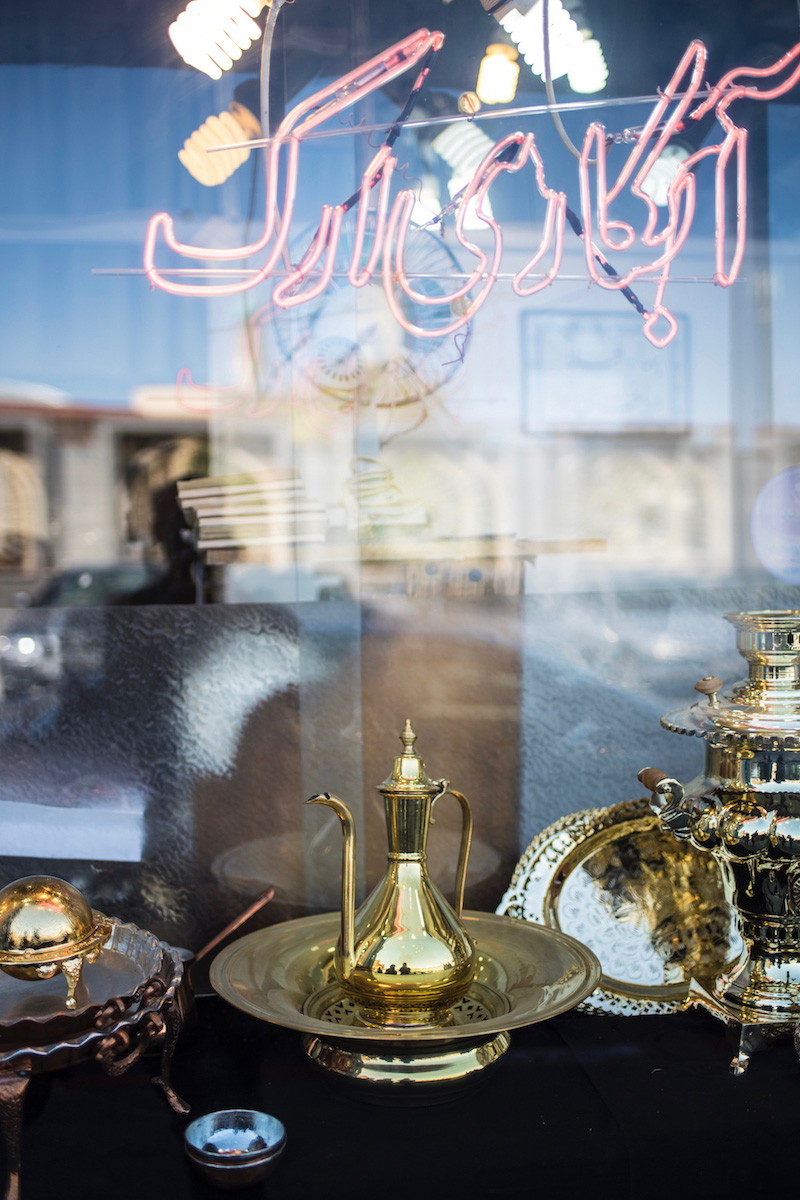 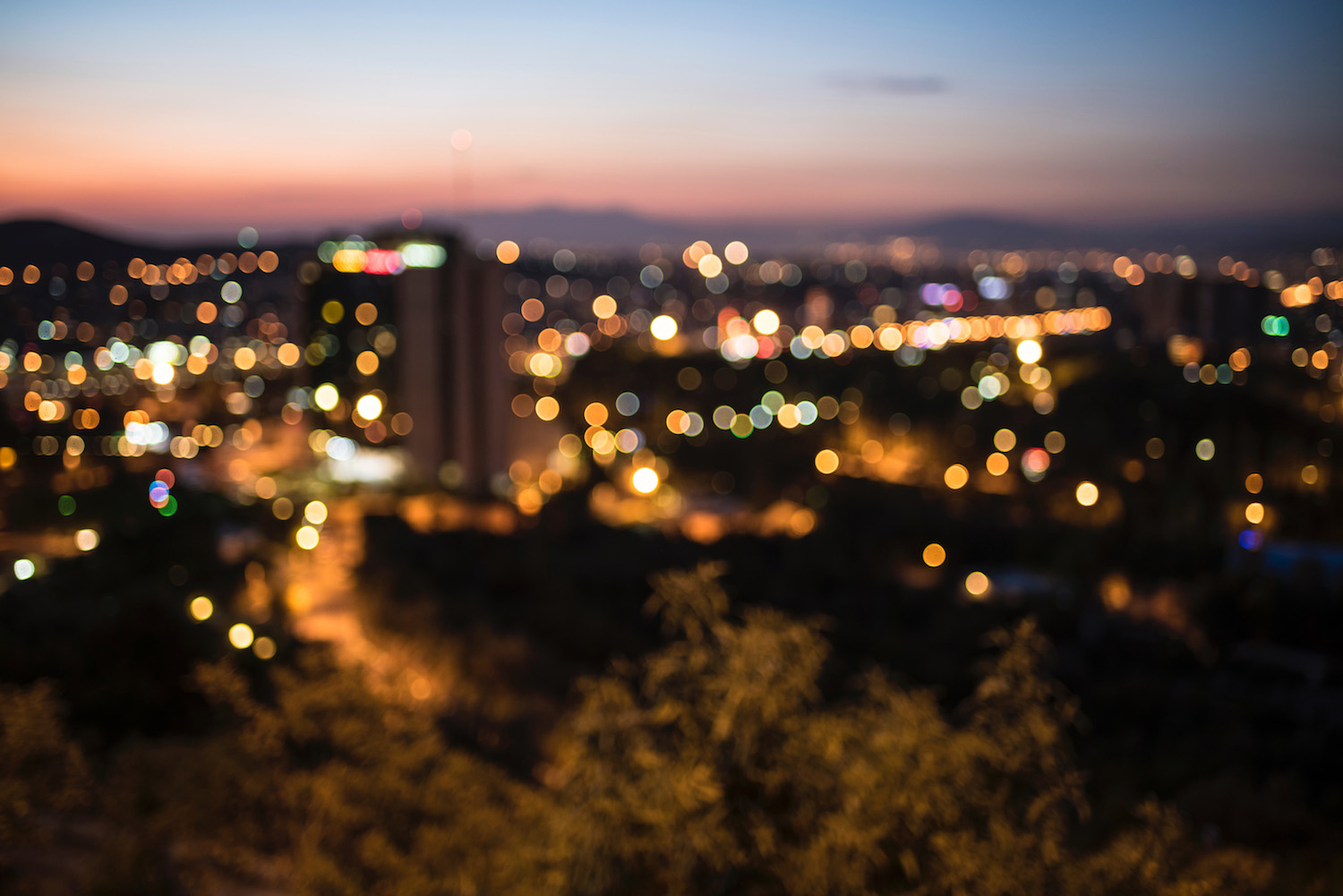 Beyond the Blue Mosque

Beyond the Blue Mosque, Tabriz is a city of non-Turkish Turks that serves as capital of Iran’s East Azerbaijan province, the actual namesake of the Azerbaijan Museum.

If it sounds confusing, that’s because it is, especially when you consider the fact that people in Azerbaijan-proper are also Turks, more or less. Further adding to the neurosis you feel when spending one or two days in Tabriz is the fact that the popular local dish Tabrizi Koofteh is reminiscent, both in name and in flavor, of Turkish Köfte.

Tabriz is confounding, but it’s also tantalizing, if only because of how profoundly different it from everywhere else I saw in Iran.

Although I loved the Blue Mosque and it must be on your bucket list, there are some amazing historical attractions that will have you easily occupying a day in Tabriz.

After hitting the Blue Mosque, take a morning stroll through the Tabriz Bazaar, and spend the afternoon in Elgoli Park experiencing the sunset from the hill just above it. BTW, I liked Kaya Laleh Park.

“You can tell he is Turkish,” my guide explained to me, as our driver careened along the curved highway that leads away from Tabriz, “because he pronounces ‘Kandovan’ as ‘Chandovan.’” (Apparently, the hard “k” sound doesn’t exist in Turkish, or at least the dialect of it people in Tabriz speak.)

At any rate the driver was charming, and the rather short drive to Chan…er, Kandovan was gorgeous, especially since fall colors were on full display. Once we finally saw trees, that is: Much of the mountainous landscape was arid, not unlike what I expect to find in the Central Asian republics, once I make it there. 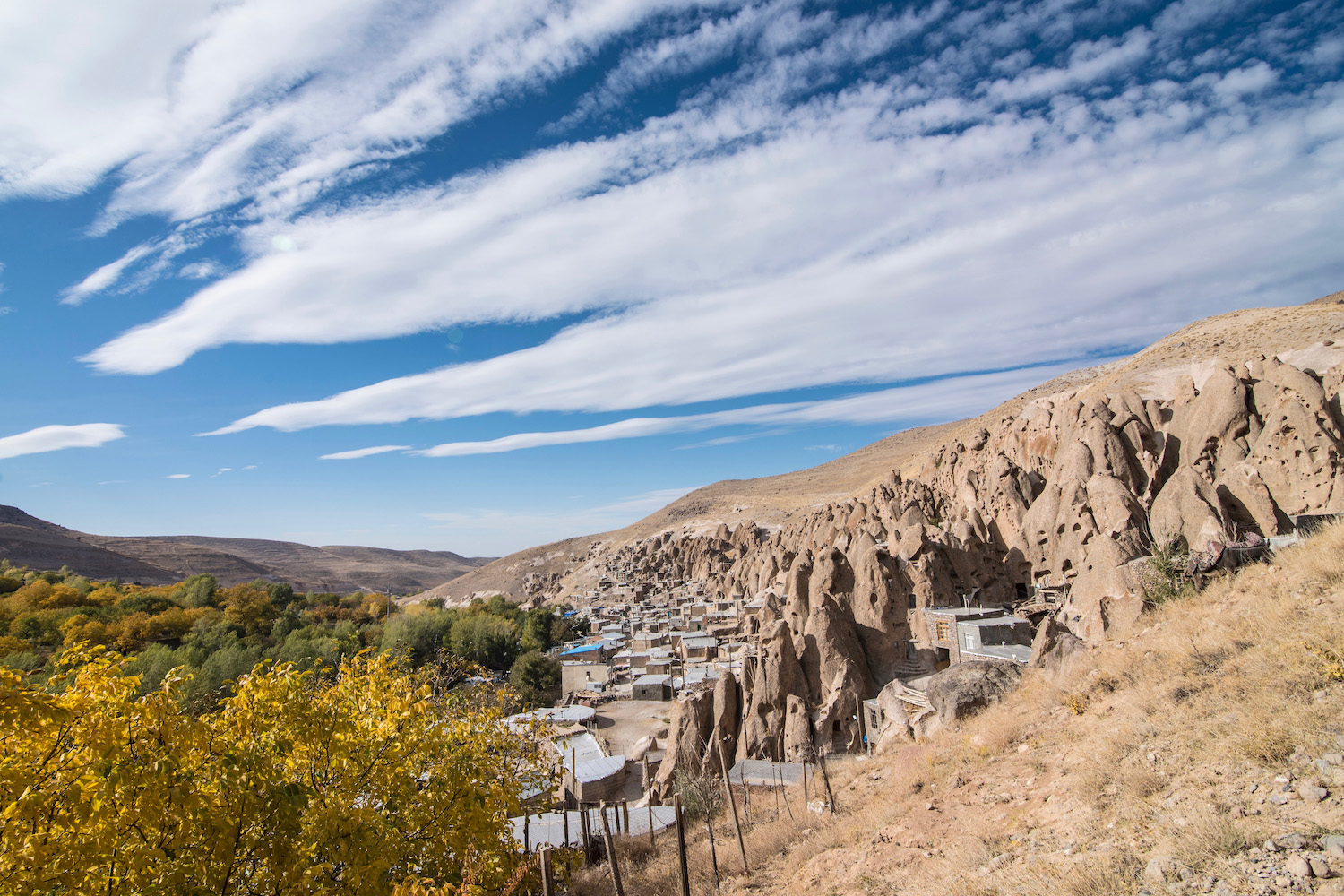 To be sure, just as Tabriz itself had evoked Turkey, Kandovan looked extremely similar to Göreme, the principal town in the Cappadocia region of Iran’s western neighbor—the resemblance between the rock-hewn houses of the two towns was uncanny! There are no hot air balloons here, of course, but thankfully just as few tourists.

Certainly, Kandovan was the weirdest place I saw in Iran, and definitely the most interesting part of my few days in Tabriz.

Tabriz might not be exciting, but it’s interesting: A city well within the borders of Iran that doesn’t feel Iranian in the least.

Whether you’re more intrigued by the Turkish vibes you get walking the streets of its city center, the Blue Mosque, Iran’s Pink Mosque, or the otherworldliness of Kandovan and its rock-hewn houses, one or two days in Tabriz is a worthwhile addition to any trip to Iran.

I traveled in Tabriz (and the rest of Iran) courtesy of Surfiran. Whether you’re looking for a comprehensive Iran tour (which you’ll legally need if you’re American, Canadian or British) or simply need piecemeal Iran travel services, Surfiran can help you take your trip to the next level.

Other Articles You May Enjoy

Robert Schrader is a travel writer and photographer who's been roaming the world independently since 2005, writing for publications such as "CNNGo" and "Shanghaiist" along the way. His blog, Leave Your Daily Hell, provides a mix of travel advice, destination guides and personal essays covering the more esoteric aspects of life as a traveler.
Read More Share
How To Experience Bali in Your Own Way
Top New York City Jazz Spots in Midtown