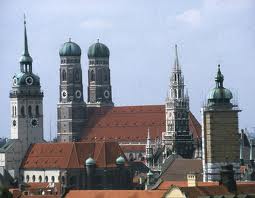 So, this one time I’m in Munich catching up on some browsing in and around the Bavarian capital. I sense a certain je ne sais quoi in the air, as well as, a steady swell in visiting population. The Oktoberfest, I learn on prodding, was just around the corner.

Pity I was going to miss it, as I was heading out to Budapest for the Sziget Festival. Still, the buzz was extremely infectious and I was soon caught up in the pre-festival celebrations, which primarily consisted of consuming copious amounts of beer through the day. 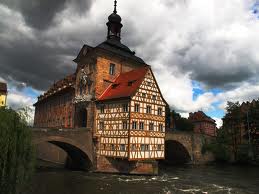 1300 breweries. All of which adhere to an ancient purity requirement that allowed the use of only three ingredients—water, hops and malt—till the discovery of yeast. Interestingly, Bamberg, another Bavarian city boasts the highest density of breweries in the world; its beer consumption per capita much, much higher than the rest of the country.

Another very fine beer-related tradition that developed in Bavaria was that of biergartens. In order to keep beer cool, cellars were dug along the river Isar. 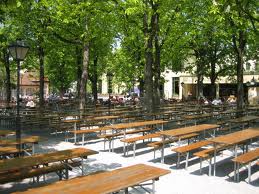 temperatures, shady chestnut trees were planted and riverbanks covered in gravel. Beer began to be sold here soon after; simple wooden tables and benches were provided to accommodate locals et voilá, the beer garden was born.

Today, beer is sold by the litre in biergartens and visitors can bring their own food. Or, choose from the options that typify beer garden food culture—grilled chicken, knuckle of pork, pretzel, radish and obatzda, a cheese delicacy prepared by mixing aged Camembert with sweet paprika powder and onions.

The most popular watering hole of Munich is located within the English Garden, a large public park which stretches alongside the river Isar. This biergarten sprung up around a pagoda-style tower called the Chinesischer Turm and is reportedly one of the largest beer gardens in Munich, easily seating 7000 merry-makers. 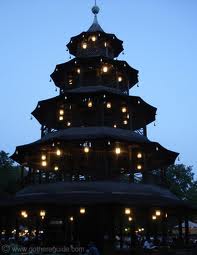 Pointless to add, it was a preferred evening hangout for a certain Indian, too. One who appeared in need of a rejuvenating pick-me-up after playing tourist-running-out-of-vacation.

One who was left with just sufficient energy to raise a mug-wielding arm and pronounce a weary Prost! 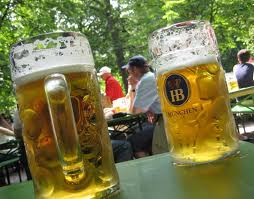 When she is not travelling, she is writing about it. Over the past decade or so, she has created an impressive writing repertoire for herself: as a columnist with Hindustan Times, as a book reviewer for The Tribune and as a contributor to travel magazines in India and overseas. Her work-in-progress, the documenting of colonial heritage along the Old Hindustan-Tibet Road, is an outcome of her long-standing romance with the Himalayas.
Read More Share
Climbing Mount Kilimanjaro: Taxing But Not Technical
Ready for Some Cured Olives?