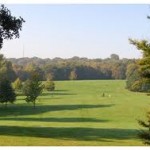 Hampstead Heath is one of London’s gloriously green treasures. This ancient parkland covers an area of roughly 800 acres and has some fabulous views of the London skyline from Parliament Hill, the highest point of the city. Its many water bodies were reported to have healing powers, even visited as a spa of sorts during the Middle Ages. The Heath then became a popular hangout for highwaymen.

Dick Turpin, the most famous outlaw of the 18th century, went about conducting his business of loot and plunder from within this vast verdurous safe house.

Soon after, Bohemia arrived with writers such as John Keats and artists of the nature of John Constable. And the nearby 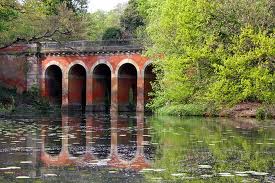 Hampstead Village took on the guise of a very fashionable address housing intellectuals, artists, writers, actors and celebrities from around the world. The Heath itself continues to be a quiet spot for Sunday picnics with the family. Or the occasional romantic barbecue on the slopes around one of the lakes, featuring open-air concerts, a regular on summer weekends. 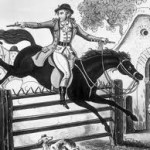 The parkland is a huge favourite with travel companies specialising in walking tours. Were you to decide to join a haunted tour, you will learn that Mr Turpin’s cloaked apparition personally escorts you through some of the more lonely and eerie pathways. No doubt, you will want to address the resultant spooky feeling with a more spirited approach; a reassuring bitter or stout at one of the traditional pubs in the vicinity.

The William IV can be expected to further rattle you by a noisy, albeit, invisible guest. Said to be the ghost of the owner’s wife, murdered and bricked in the cellar, she is still trying hard to get out of there. At the Holly Bush, a waitress in starched apron and long skirt takes your order. After an inordinate delay in the arrival of your beer when you complain about the tardy service, you will be good-naturedly informed that they don’t hire female staff. 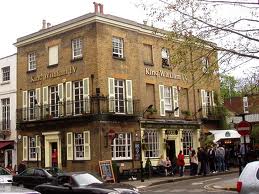 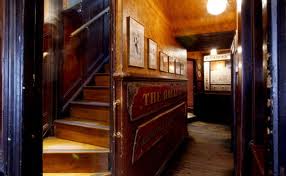 It is at the Spaniard’s Inn that you might catch up with Mr Turpin’s shadowy figure once again as it makes its way into the wall behind the bar counter. Sometimes, the old boy catches up with you as you wait to gulp your ale; you know he’s there by that slight tug at your sleeve. While a very annoyed landlord at the Flask Tavern goes around switching off lights and moving tables as it is way beyond his bed-time. Except that he met up with his Maker sometime in the 19th century…

When she is not travelling, she is writing about it. Over the past decade or so, she has created an impressive writing repertoire for herself: as a columnist with Hindustan Times, as a book reviewer for The Tribune and as a contributor to travel magazines in India and overseas. Her work-in-progress, the documenting of colonial heritage along the Old Hindustan-Tibet Road, is an outcome of her long-standing romance with the Himalayas.
Read More Share
African Education: Many Senegalese Children Don’t See Classrooms
Illegal Immigration: Stories About Muslum Immigrants & 4 Moroccan’s Lives