As you plan your post-pandemic Europe travel, it’s as important to consider finer details such as how many days in Amsterdam you should spend as it is to take broader strokes into account.

The good news? I’ve written this post with the express intent of addressing the first question, so that you can right-size your Amsterdam trip before you even board the plane.

The better news? My commentary regarding Amsterdam will allow you to be more mindful as you put your larger European adventure together, allowing you to get excited in the lead up to your trip instead of stressed. Where to Stay in Amsterdam

Irrespective of how many days in Amsterdam you end up staying, you’ll need a chic, comfortable and centrally-located place to stay. As its name suggests, the Canal View B&B fits all these requirements, and at an attractive price point no less. Want a place that’s even homier? Amsterdam offers one of the world’s largest selection of Airbnb properties, including quirky houseboats docked in the city’s iconic canals.

If you have more money to spend, a higher-end property such as Boutique Hotel The Nobelman might suit you better. On the other hand, I’d probably advise you against choose more luxurious brand-name hotels in Amsterdam. I won’t name names here, but let’s just say that many of the usual suspects have gone unusually long since an update or remodel.

A weekend in Amsterdam

If you’re traveling from elsewhere in Europe, or just don’t have long on your trip from overseas, a couple of nights in Amsterdam could be just what the doctor ordered. This allows you to spend a day exploring Amsterdam’s canals and the city’s other outdoor attractions, and one visiting art institutions such as the Van Gogh Museum.

With three days in Amsterdam, meanwhile, you can expand your horizons. This could be a second day diving deeper into the culture of Amsterdam, be it at the Anne Frank House or the flower-filled Blumenmarkt. Or, you could take a day trip, such as to Keukenhof Garden, is especially gorgeous in spring when the tulips are blooming.

Adding a day and bringing your total to four, and Amsterdam becomes even more available to you. Some travelers will add to their bucket lists, whether that takes the form of a city day trip to Rotterdam or Den Haag, or visiting secondary and tertiary art museums. Others might simply visit one of Amsterdam’s famous coffee shops.

A week in Amsterdam

Although you could sightsee in Amsterdam for a week, this longer stay demands a slower pace of travel. It also helps to rent an apartment outside popular areas near Dam Square, Vondelpark and the Museumplein, so you can focus on living like a local, as opposed to rushing through the city like a tourist.

A month (or longer) in Amsterdam

It should go without saying that if you spend a month in Amsterdam, you’re going to spend very little of that at must-see attractions. While you might not be speaking Dutch, by the end of your time, or riding bikes during Amsterdam’s cycle rush hour, you will see the city at a level of depth short-stay visitors simply can’t do. 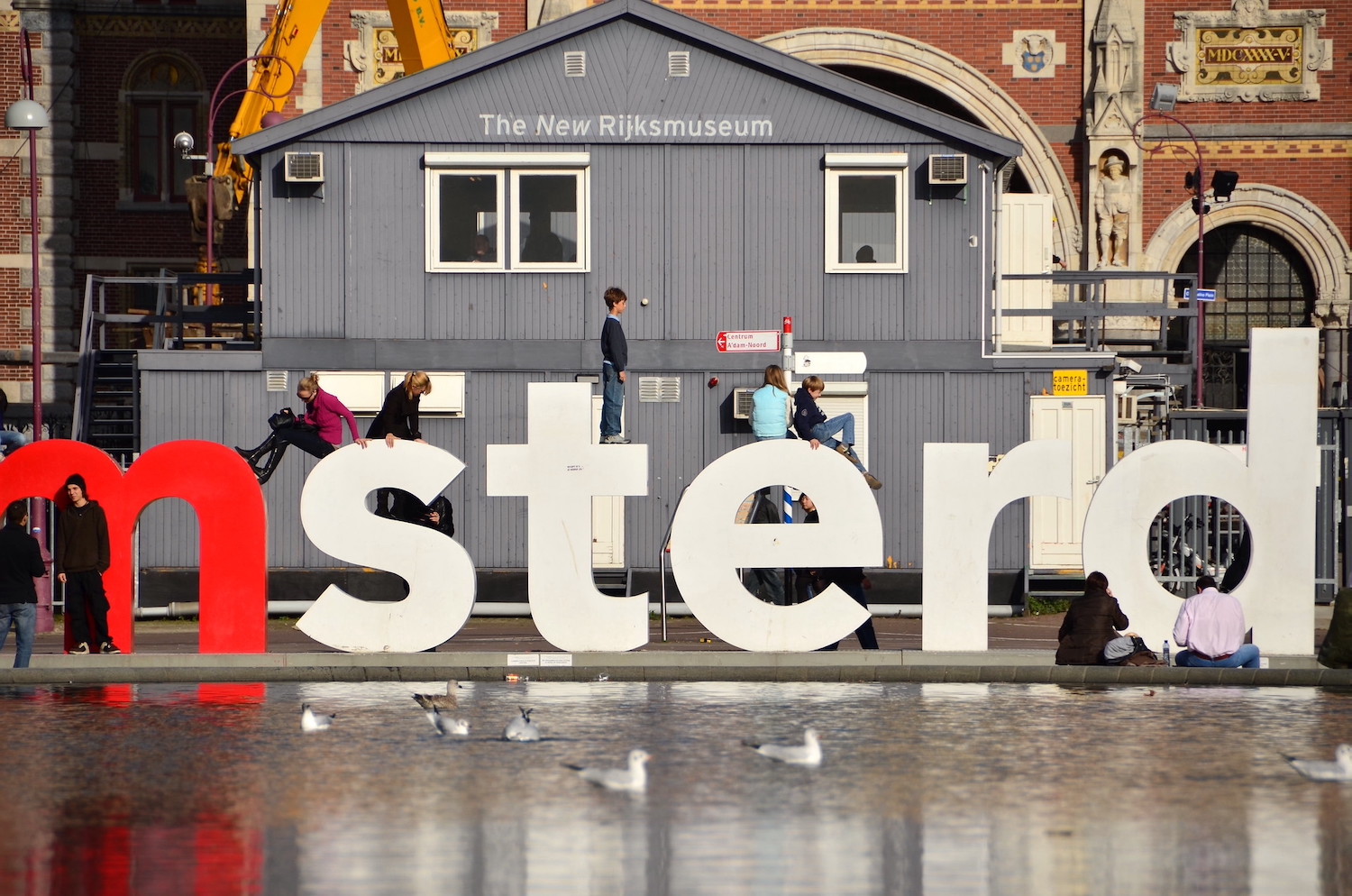 Is Amsterdam Worth Visiting?

Amsterdam is one of my favorite cities in the world, so I can’t answer this question in an unbiased way. Whether I’m strolling along canals, browsing at tulip markets or simply smoking a J in one of its coffee shops, Amsterdam always rubs me the right way. I’ve also found this to be true regardless of what season it is, or what the weather happens to be doing when I’m there.

With this being said, how many days in Amsterdam you spend on your next trip to Europe can help determine how much you enjoy the city. If you’re looking to take a more relaxed trip, you might camp out for a week or longer, and live the local life while exploring tourist attractions only occasionally. If, on the other hand, if you plan to explore The Netherlands more in-depth, condensing your trip to two or three days might motivate you to do more in less time. 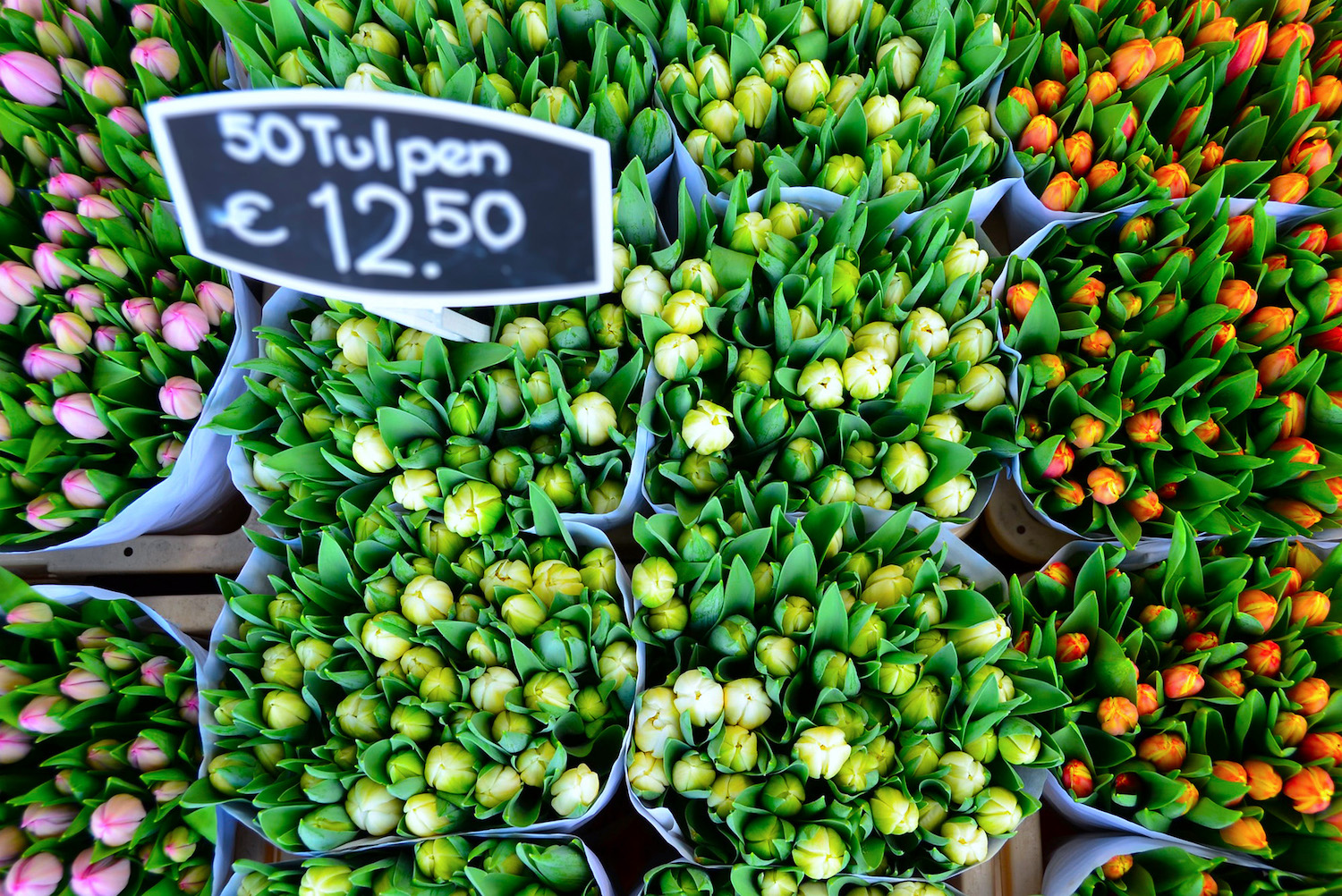 Other FAQ About Visiting Amsterdam

Is 2 days enough for Amsterdam?

Two days is enough for Amsterdam, assuming you have a limited itinerary and plan to work on executing it from dawn to dusk on both of your days in the city. You could plan to spend a day outdoors, walking along Amsterdam’s canals and biking through Vondelpark, possibly with a cone of fries to fuel you through it. Spend day two indoors: Either at legendary museums like Rijksmuseum and the Anne Frank House, or in a coffee shop…not drinking coffee.

I hope you’ve gained some clarity regarding how many days in Amsterdam you should spend. Given Amsterdam’s deserved reputation as a place to smoke marijuana legally, the length of your trip to the city depends as much on your Amsterdam bucket list as it does the state of consciousness you’re in during your time there. As a general rule, most travelers can plan on spending between 2-4 days in Amsterdam, depending on whether or not they take any day trips, and how long they plan to spend in the Netherlands overall.

Robert Schrader is a travel writer and photographer who's been roaming the world independently since 2005, writing for publications such as "CNNGo" and "Shanghaiist" along the way. His blog, Leave Your Daily Hell, provides a mix of travel advice, destination guides and personal essays covering the more esoteric aspects of life as a traveler.
Read More Share
Down Under to Coffs Harbour
Ideas for your next Sydney Trip