My plane technically left on Thursday morning albeit at 12:05 AM but as I woke up on Wednesday I was high as a kite. Or a plane. I couldn’t wait to get out! As I approached security at LAX I was in this other worldly mind space. Nothing seemed real. I actually thought for a moment that this was just a really realistic dream, I couldn’t possibly be getting on a plane at this moment. But the SSSS on my ticket brought me back to reality as I got a little pat down on the other side of the X-ray machine.

And then I was off.

Arriving in another country is always super interesting. I’m in a state of nowhere but everywhere. Nothing looks familiar, no one looks like me, and the signs are all indecipherable. It’s got the best qualities of being in a dream but I remember it long after I wake up. 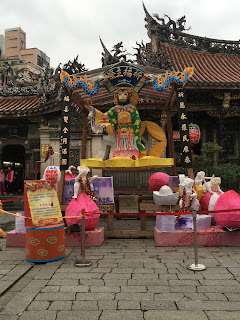 Taipei is big. Really big. And tall. I followed the hostel’s instructions and took the airport bus to the main station. After that I was baffled. The directions were great but I wasn’t about to get lost in a place so unfamiliar. I grabbed a taxi for about 5 minutes, got out, went down a back alley, a man who didn’t speak english saw my confused expression and pointed me in the right direction, I pushed on an unmarked door and found paradise. City Home became my base for the next two weeks. I would venture out and away but Taipei being the hub it is, I always found my way back Home.

My first day was spent figuring out where the hell I was, local landmarks so I wouldn’t get lost, and deciphering the subway system. Luckily the latter was super easy and I was jetting about like a local by nightfall. There is so much to see and experience in Taipei alone. From museums to markets, temples to shopping malls (not like the ones in the US) this town has it. I walked pretty much everywhere and clocked in an average of 8 miles a day. Like I said, the metro is fantastic but the busses, well, they’re a bit more challenging. And walking is how you really feel the heartbeat of a place so that was my modus operandi here. 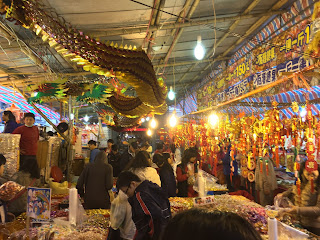 Being Chinese New Year, the tourists were out in full force. The national museum was packed to the gills and the markets were packed tight too. For the next ten days most Chinese and Taiwanese will be off from work. The government office, the banks are all closed. Changing my US dollars into New Taiwan dollars would be an exercise in futility. ATMs it was, then. Taiwan has scads of Chinese tourists during this time. The weather is milder than the mainland everyone flocks here for the holiday. 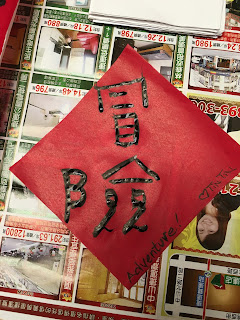 CNY Eve is a time for family. The locals cook massive meals consisting of about 12 dishes. Fish, pork, veggies, and fruit are in abundance. Luckily my old buddy Charlie from LA was in town to spend the holiday with her family. She invited me for the meal at her granny’s and I got to sample some seriously delicious food. But most importantly, she introduced me to pork floss. 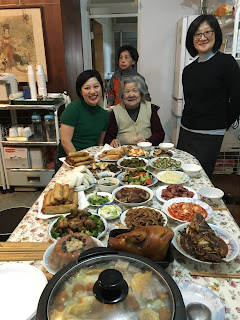 Pork floss might be the stuff that the hair of angels is made from. It might be the very thing that the clouds in heaven consist of. God probably creates pork floss like humans used to spin cotton. Immediately I feel incredible sadness for my Muslim and Jewish friends, as they will never know what delicious magic this pork product is. It is a bit sweet and a bit salty. It’s denser than cotton candy but has that dry fibrous quality. It seems to be finely shredded dried pork marinated in some kind of god juice, I don’t ask. I just eat. And everywhere I found it, I ate it. 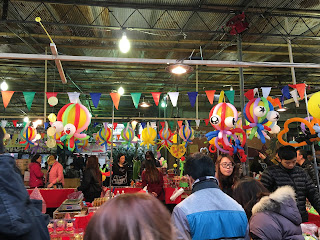 Taipei is one of my favorite cities in the world. It’s big, there’s a shit ton to do, and once you figure out the food situation, it’s delicious. I’m realizing that I’m a picky eater. I don’t eat beef (haven’t for 30 years) and I’m not a fan of the weird stuff like offal or whelks. Even squid is iffy for me, it needs to be completely camouflaged into something else for me to eat it. Tentacles? Feet? Tongues? Skin? I’m out.

It was challenging to eat at times and if I was in an area that looked like tourists were not so common, then I would walk to a place that had english or I knew what I was ordering. By and large the street food stalls were all in chinese. I know the food was good by the lines but the chance that I might get a mouthful of tripe was real and I wasn’t about to offend by dumping a full plate of food in the trash. If you are adventurous in your culinary choices, then you will no doubt fall deeply in love with Taiwan. When I just shut up and tried something new I was always pleased. But it helps to have a local friend who will steer you in the right direction too. And I have Nick to thank for that one! 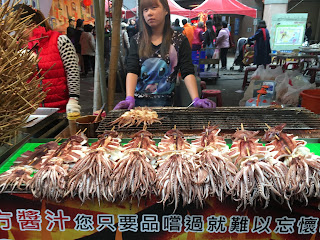