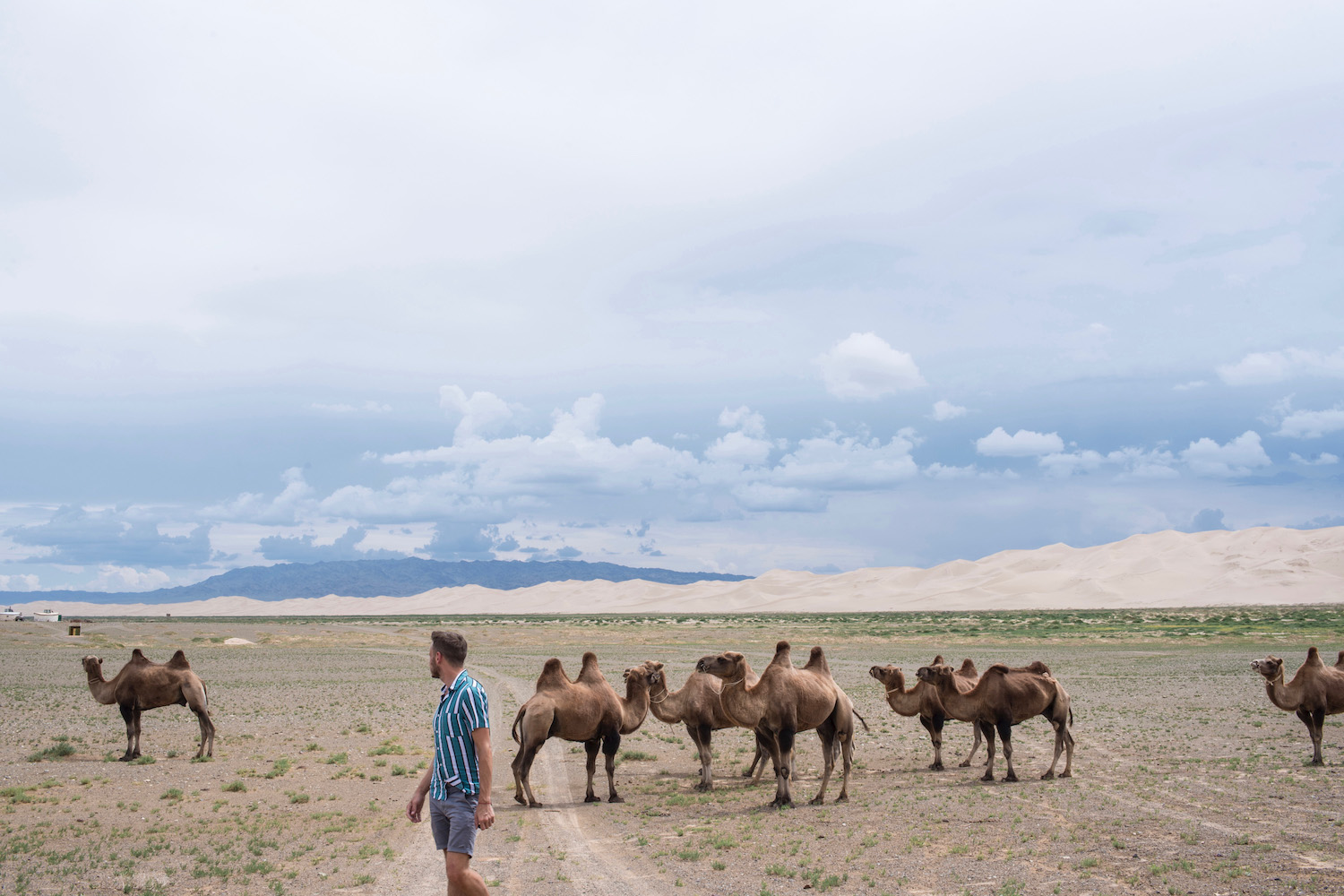 I prefer not to take organized tours, but they’re unavoidable in certain destinations. In Mongolia, for example, which outside the capital lacks roads (and toilets, and internet, and people who speak English, among other things necessary to travel independently), you have no choice but to book a Gobi desert tour (or a tour of whichever region you want to discover).

That’s the (somewhat) bad news. The good news is that many Mongolian tour options are excellent, from the company I chose to many others you’ll encounter on your search for one. Here are some of the main factors you should consider when shopping for a Gobi desert tour in Mongolia.

The Cost of a Gobi Desert Tour

I’m going to assume you have basic questions covered (such as “where is the Gobi desert?”) and get right to the specifics. First off is price, which might be higher than you’re expecting, even if you take a budget-oriented tour like the one I took with Sunpath Mongolia. That option, which lasted 9 days and 8 nights and explored not only the sights of the Gobi, but the lush Orkhon Valley of central Mongolia, costs around $60 per day.

If you want to take a more luxurious Mongolia trip (and I’ll go into the definition of “luxury” in Mongolia-terms in just a few paragraphs), you can expect to pay more—quite a lot more, in some cases. Even mid-range Mongolia tours like the 7-day “Gobi Desert and Beyond” tour offered by Mongolia Luxury Tours can cost more than $300 per person, per day; actual luxury companies like Abercrombie & Kent can charge over $1,000 per day to see the Mongolian desert.

One of the reasons Sunpath was my #1 choice for Mongolia tour operators is the authenticity factor. We stayed with a real Mongolian family almost every night, and while we enjoyed guide-cooked food (which was good for me, since I’m not a dairy fan and Mongolian people consume excessive amounts of it), we lived in the same way as Mongolians otherwise, including without electricity and running water most days, and using hole-in-the-ground outhouses (which were actually not as bad as I imagined they’d be). 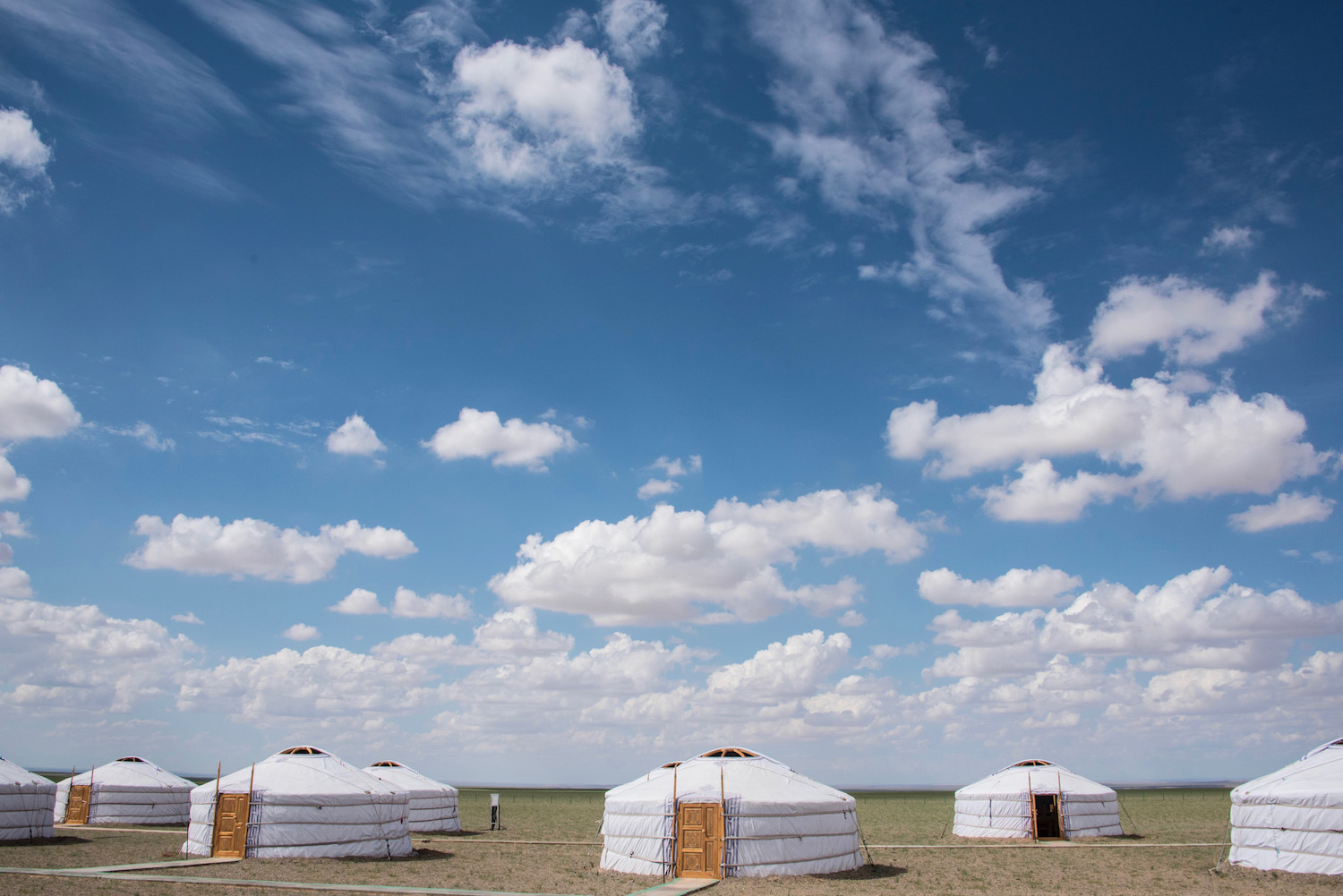 Of course, there’s a reason so few of my Gobi desert pictures focus on the ger camps themselves, though I did come to enjoy them. They are extraordinarily basic, and after a few days impossible to tell apart. On the other hand, you should considering that the only “luxury” more expensive tours of Mongolia actually offers is electricity, showers and WiFi, which are not insignificant, particularly if you can’t afford to be disconnected. 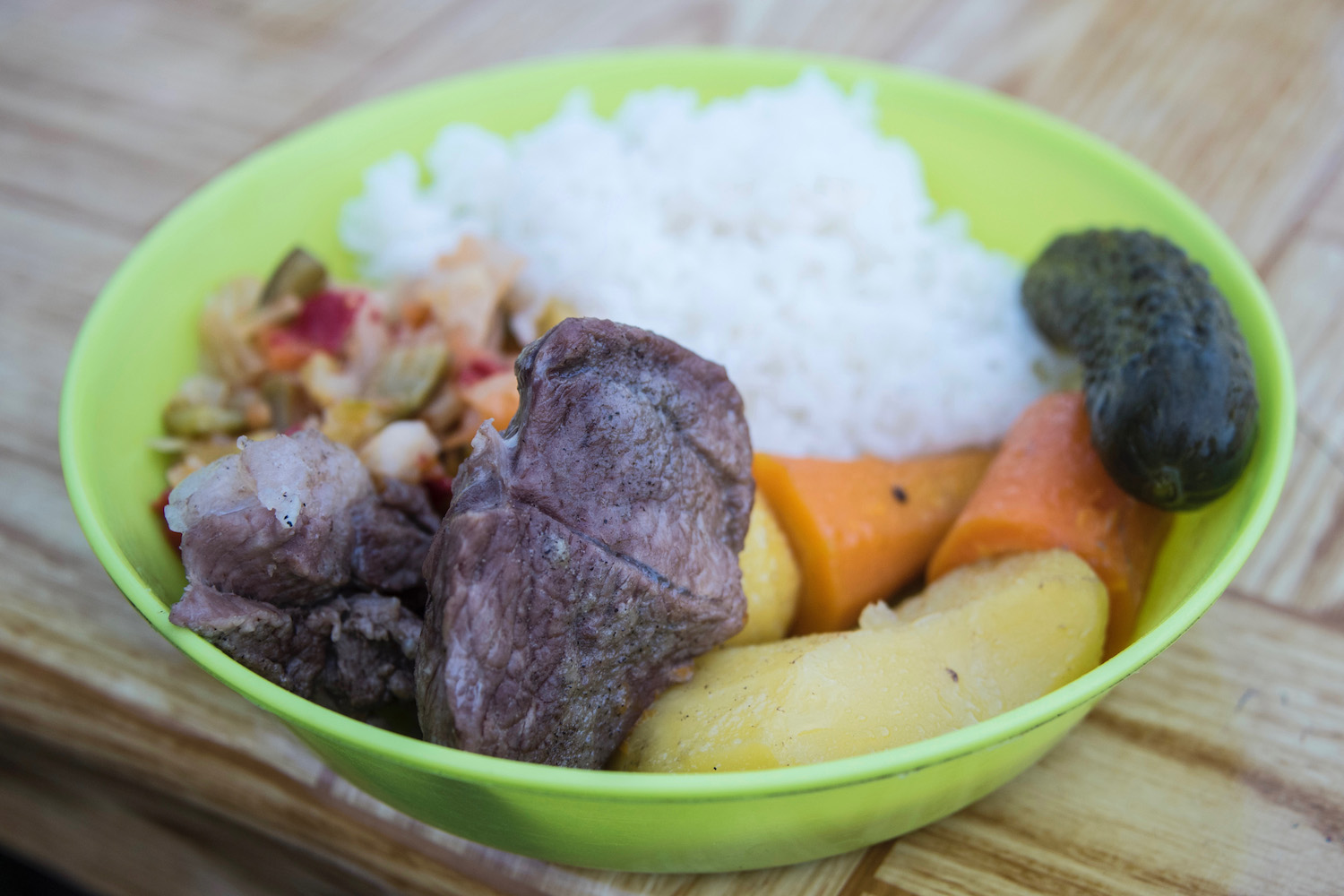 However, they don’t erase the fact that you’ll be traveling off-road most of the time in a place where the majority of people around you live the same way they did 1,000 years ago. And this is ultimately the highlight of Mongolia anyway, apart from the landscapes and Gobi desert animals like camels, horses and adorable pika rodent you find in the greener areas of the “desert.” (Fun fact: Mongolians don’t consider the Gobi to be a desert!)

How Many Days Do You Want Your Gobi Desert Tour to Last?

Many of the best Mongolia tours are on the longer side in terms of their duration, but can also be extremely taxing given the fact that an “adventurous” travel experience (to say the least) is baked into even the most expensive Mongolia tour. It takes a long time to travel short distances in Mongolia; if you want to see not only the Gobi and Orkhon Valleys but, say, massive Khövsgöl Lake, you will need a minimum of two weeks in Mongolia. 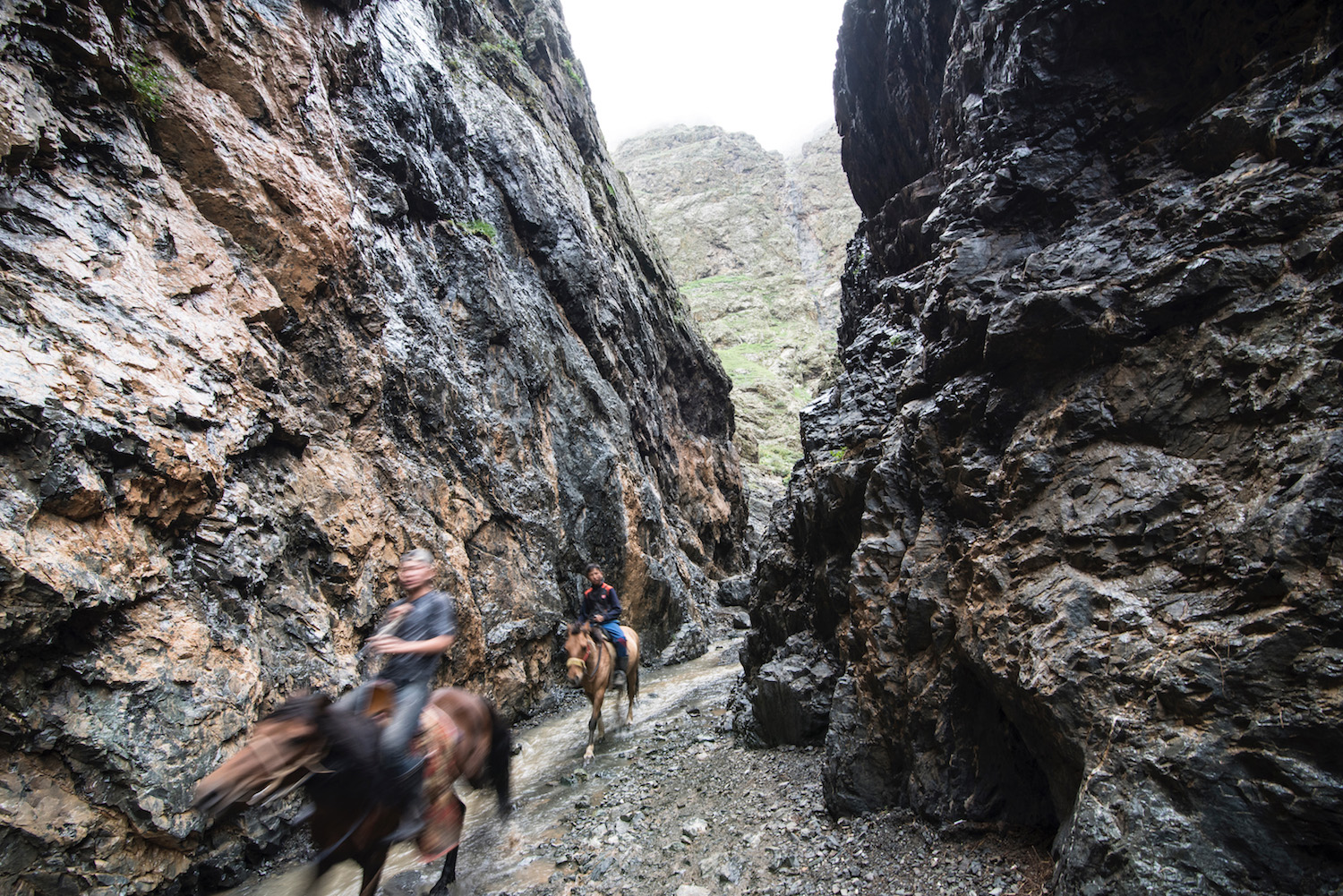 On the other hand, if you come for the annual Naadam Festival or have an overarching purpose for your Mongolia trip (such as a Mongolia horse trek, regardless of where in the country it takes place), you will need to be more deliberate about when you visit Mongolia, though you won’t necessarily need to spend a certain number of days in the country (though you should leave a buffer, since last-minute adjustments and cancellations are somewhat common).

Although I took a relatively short Gobi desert tour, I can confidently say that I saw many of the region’s most impressive attractions. In addition to a night camping beneath the “singing” dunes of Gobi Gurvansaikhan National Park (and a challenging morning trek up to their precipice), I visited the “White Stupa” of Tsagaan Suvarga, the lush Orkhon and Yol Valleys and the carmine Flaming Cliffs, where Dinosaur eggs were first discovered, during my Mongolia tour. 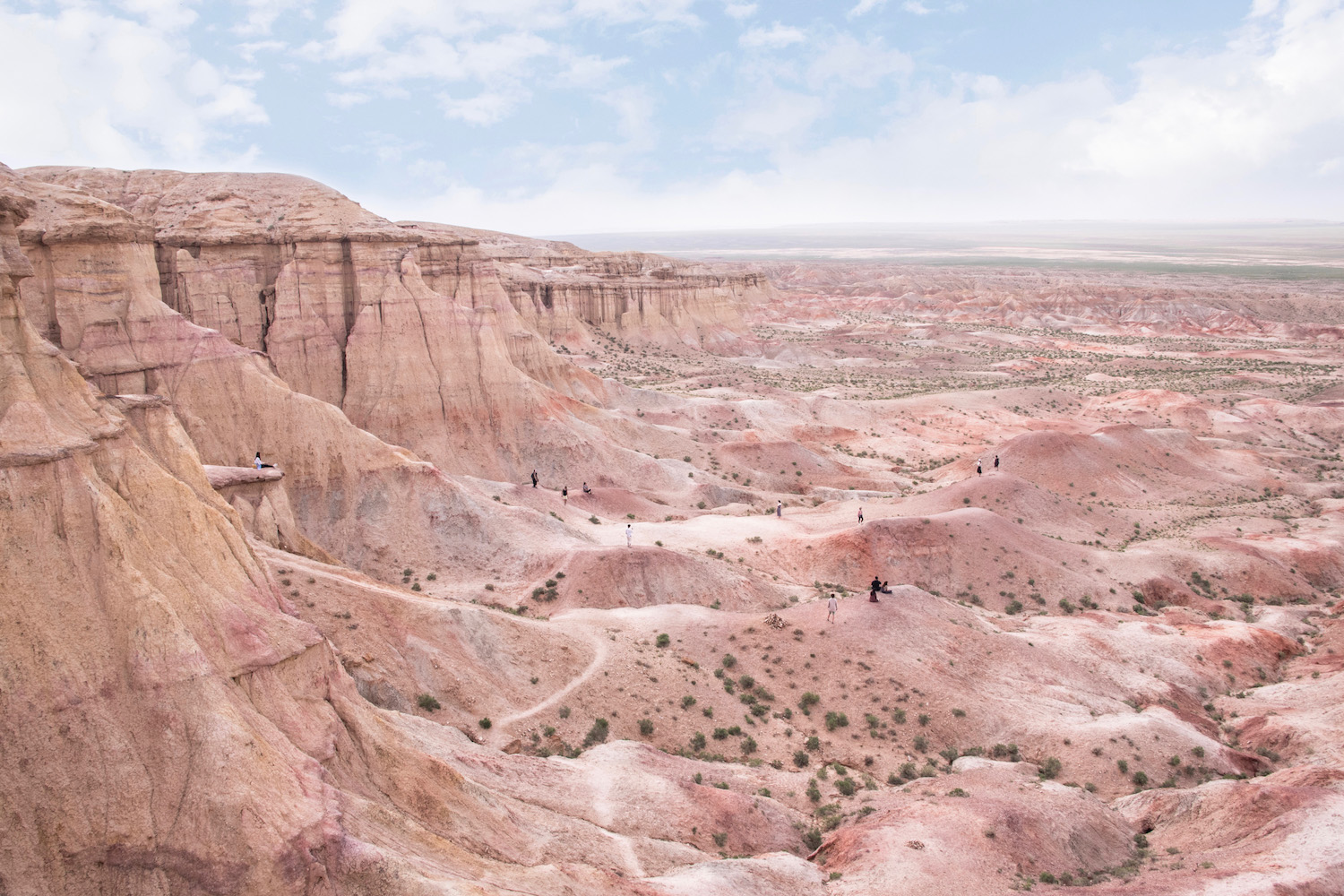 There are some other destinations you can expect to visit in the Gobi, particularly if you devote some time to Mongolia trekking or are interested in the country’s Buddhist heritage—there are many monasteries around the ancient capital of Karakorum, including 16th-century Erdene Zuu, which sits just outside of town. The best time to visit Mongolia is summer, at least you plan to stay exclusively in the Gobi, though certain other destinations come with different optimal months for a trip. 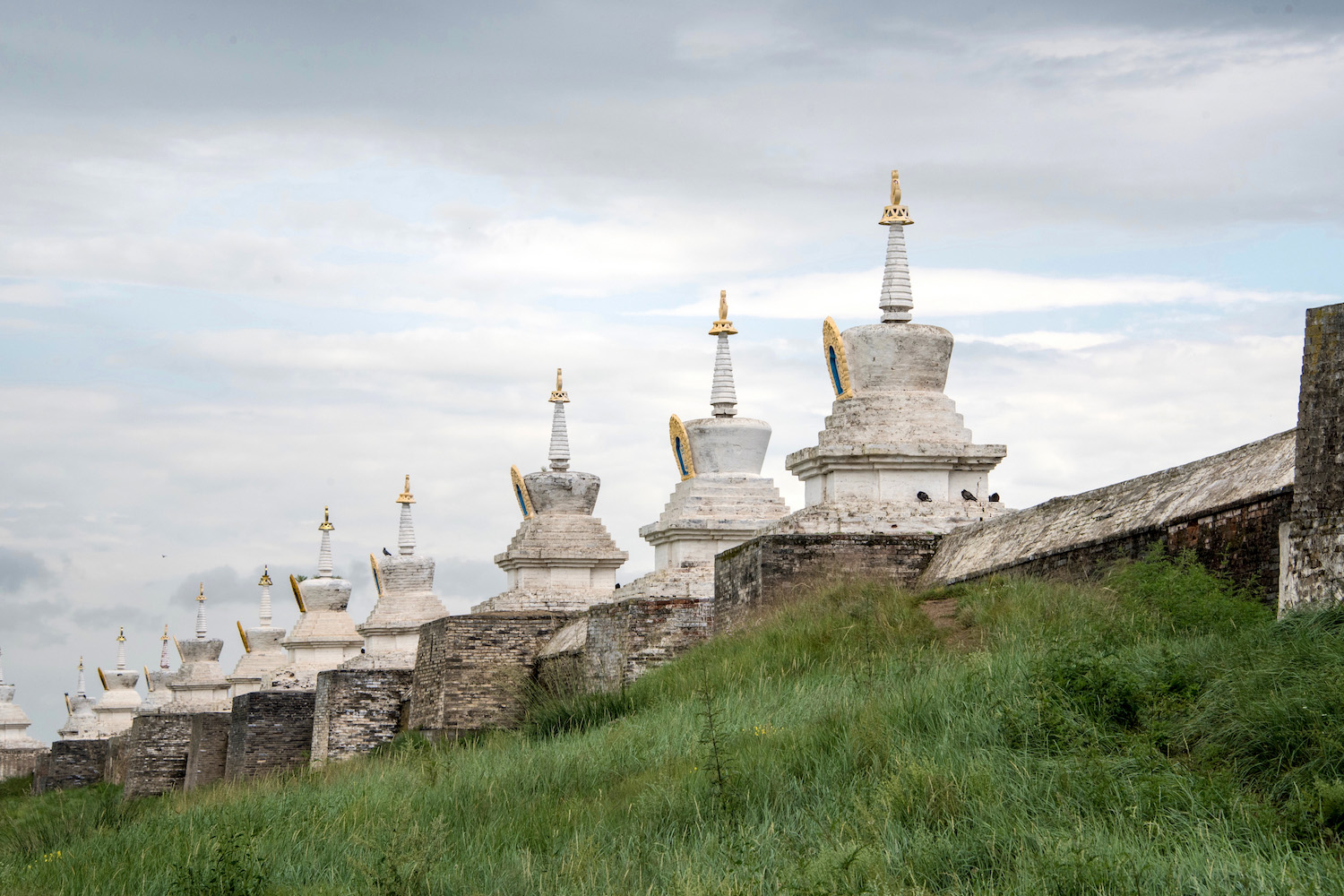 Many Gobi desert tours, from the more basic options offered by Sunpath (and the much lower-rated Golden Gobi) to the ones that are ridiculously expensive, include basic wildlife encounters. These include Mongolian camel rides in the vicinity of Gurvansaikhan National Park, to some of the best horse riding Monoglia has to offer in the Orkhon Valley. 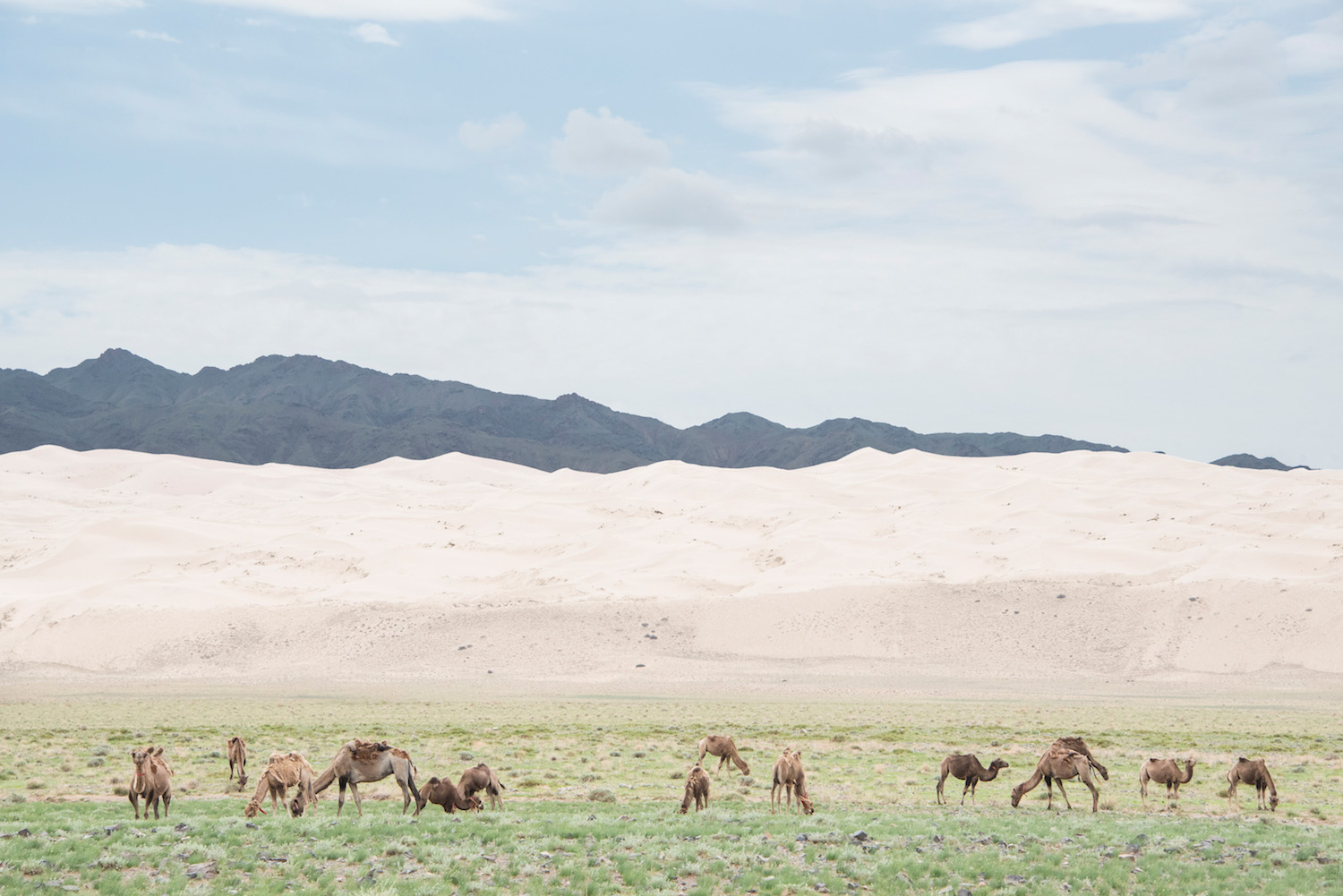 The trekking and multi-day horse treks I mentioned in the last section notwithstanding, there aren’t a lot of other ways to extend your Mongolia trip beyond this, at least not in the Gobi-proper. Personally, I know my next trip to Mongolia will take place during the month of October (though not this year), when I’ll travel into the Western part of the country to witness the spectacle of Mongolian eagle hunting (hopefully with Sunpath again!).

What Every Gobi Desert Tour Will Include

Although Mongolia offers visa-free entry to nationals of a number of Western countries (including US passport holders, who get a whopping 90 days), your Mongolia tour will include on-the-ground support for a Mongolia visa, including paperwork, answers to questions you might have and potentially even a middle-man in the instance that you need to call your local embassy or consulate. 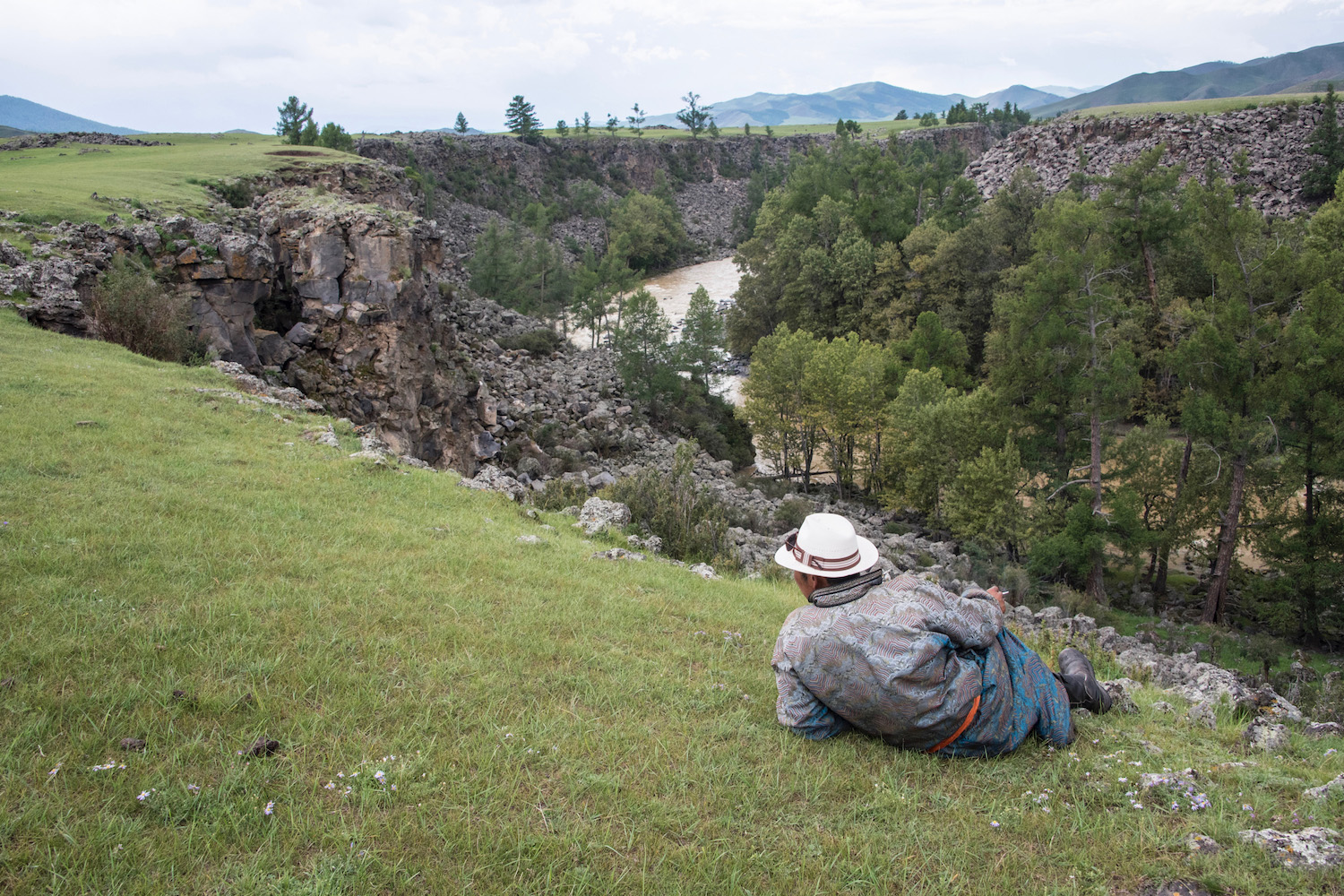 Most tours include accommodation (which outside of the capital will be entirely composed of the ger camps I described above), though it won’t include a Mongolia hotel in Ulaanbaatar unless you select one that specifically offers that. This is important to note because while you generally only need petty cash with you as you explore the Gobi or other parts of Mongolia, hotels in the capital can be surprisingly expensive, and don’t always accept credit card payment. 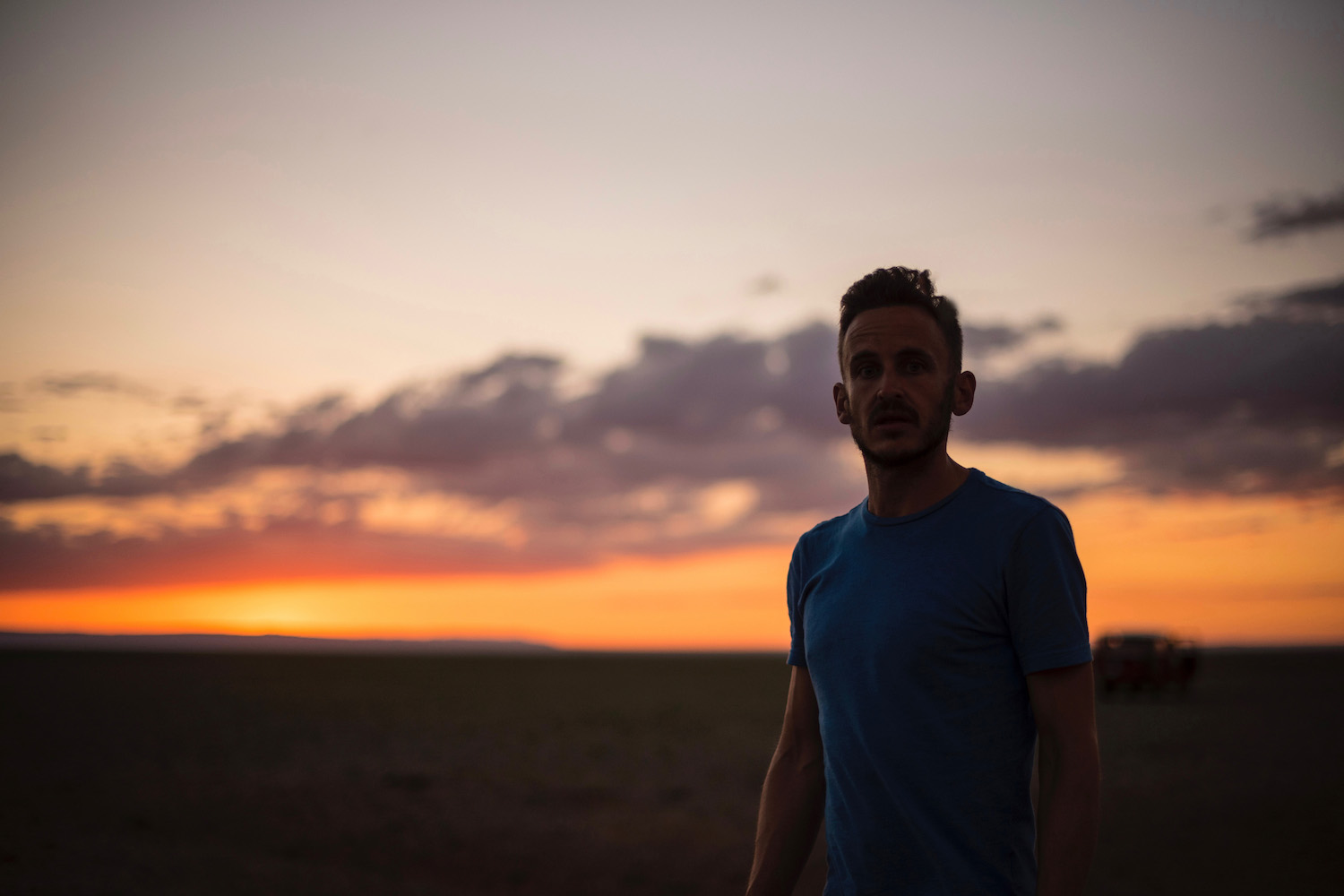 Mongolia will change your life, of course, whether you travel like a pauper or one of the princes who trotted in from the Silk Road on his own volition, and not as a war captive of Genghis Khan or his descendants.

No matter which Gobi desert tour you choose, Mongolia will affect you deeply—I know my trip changed me forever. A year from now, you won’t be thinking about how many nights you had electricity or whether your phone had reception, but rather standing at the top of the White Stupa, hiking through Yol Valley or enjoying a priceless panorama from the 200-meter high “Singing” Dunes. On the other hand, if comfort is non-negotiable for you, you should scrutinize prospective Mongolia tour operators before committing to one so that you don’t spend your trip as miserable as you are mesmerized.

Robert Schrader is a travel writer and photographer who's been roaming the world independently since 2005, writing for publications such as "CNNGo" and "Shanghaiist" along the way. His blog, Leave Your Daily Hell, provides a mix of travel advice, destination guides and personal essays covering the more esoteric aspects of life as a traveler.
Read More Share
Mongolia’s Stunning Blue Skies
Switzerland: A Visual Wonderland