When I arrived to the Ulaanbaatar headquarters of my Gobi desert tour company Sunpath (which doubles as one), I felt out of place because we had to sleep in a hostel which I haven’t done in years. Seated on a couch with my tucked in shirt and tawny oxfords, I stared at the Mongolia photography on the walls so as not to intrude about all the half-clothed people making their way between the communal showers and toilets and their rooms.

“Well, this is a blast from the past,” a cheery young woman suddenly stood over me, echoing the thought that had been bouncing around inside my head as I studied the Mongolia pictures. “Didn’t we meet in Vietnam?”

She looked familiar, but I hadn’t been to Vietnam in nearly a decade. Before I could explain this to her, however, she continued speaking. “It was Thailand, wasn’t it?” She corrected herself. “In the winter, a bike tour through Chinatown with your…”

“Friend,” I smiled, recalling the face of the young man who’d ghosted me shortly after that wonderful day in Yaowarat. “He was only a friend, though I’m sure he’ll get a kick out of hearing we met again in Mongolia, of all places.”

Though I’d been too out of it as I sat in the common room to have realized at first, I definitely remembered the sweet voice and million-watt smile of the woman, whose home is in the Netherlands, but who’s in the midst of a trip around the world that will last for around a year.

As I sat there waiting for the other members of my tour group (who actually could’ve been there already, since I knew literally nothing about them), the woman and I continued talking, with her explaining her just-finalized itinerary for next couple of months. In a few days she’d fly to Hong Kong, where she would (hopefully) get a visa to China, then fly to Guilin and backpack through the Middle Kingdom for at least a month.

I’d passed the woman a business card before our all-too-brief interaction ended and was delighted, upon getting internet access again near the end of my trip, as I traded Gobi desert images for paved roads and cell towers, to see that she had emailed me. Serendipity is all too rare a commodity in life—I try to bottle it up whenever and wherever I can.

Of course, as you’ll see scrolling through my Mongolia photography, magic is as abundant in the Land of Nomads as breathtaking vistas, herds of wild camels, cozy ger camps, endless horizons, Soviet-built passengers vehicles and the Eternal Blue Sky. 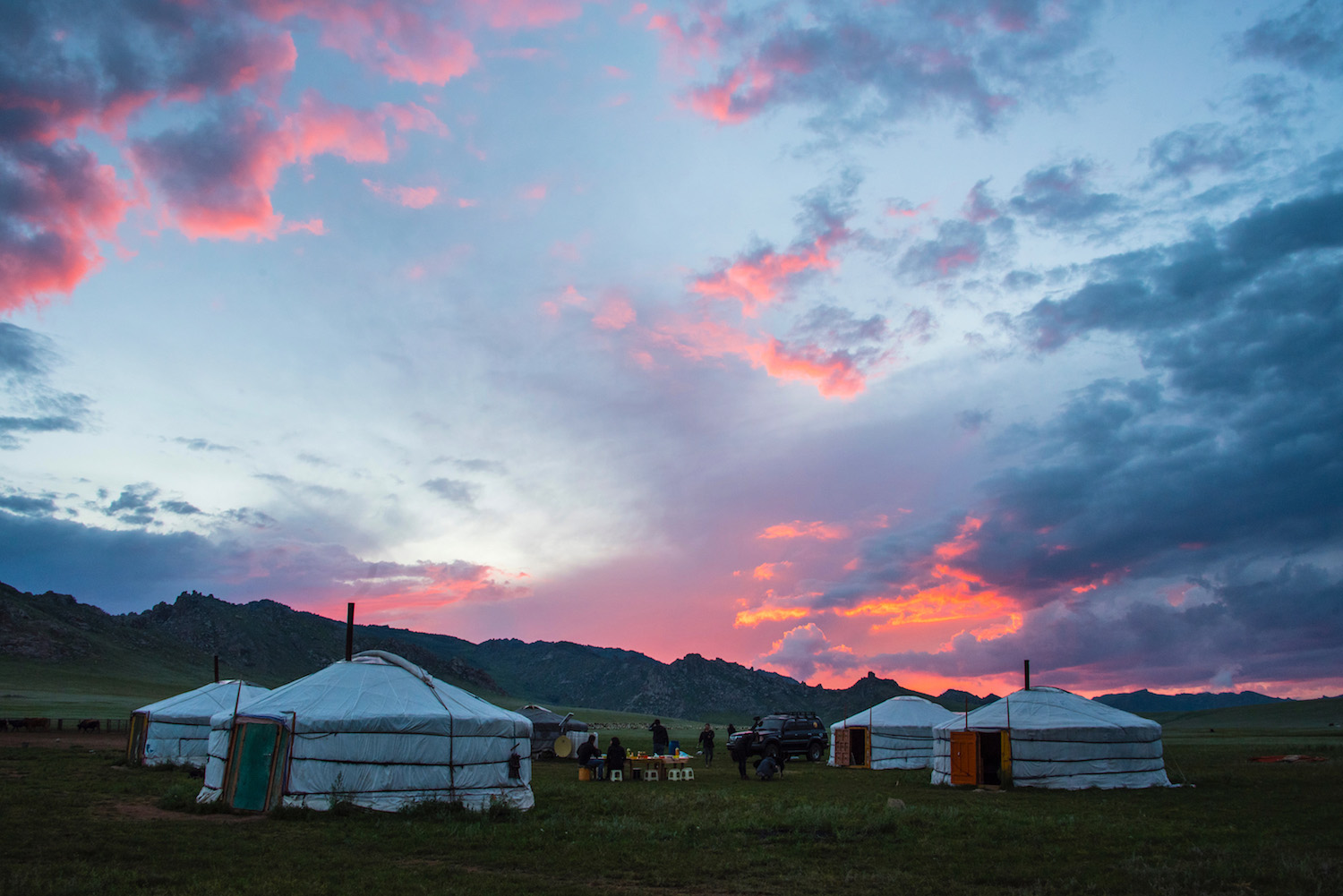 Robert Schrader is a travel writer and photographer who's been roaming the world independently since 2005, writing for publications such as "CNNGo" and "Shanghaiist" along the way. His blog, Leave Your Daily Hell, provides a mix of travel advice, destination guides and personal essays covering the more esoteric aspects of life as a traveler.
Read More Share
Switzerland: A Visual Wonderland
A Whirlwind Tour of Berlin