Miro interviews Joe, a public development & research economist, working on a project in Guatemala that studies  chronic malnutrition among children.

The Program is geared towards eradicating malnutrition and stunting among children , something that effects over half the children in Guatemala. Staggering statistics, indeed! Also in this episode, the Lainie and Miro talk about what they discovered from their our week long adventure on the Archipiélago de las Perlas. 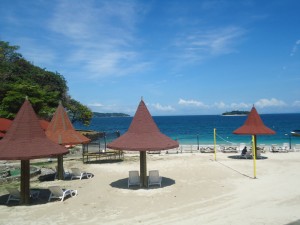 Lainie and Miro share their latest adventure, a week in the Archipiélago de las Perlas.

Miro & Lainie  just returned from a week in the Pearl Islands, or the Archipiélago de las Perlas. Located  35  miles from  Panama in the Pacific Ocean, the Pearl islands is composed of 90 islands and about 130 islets or keys. 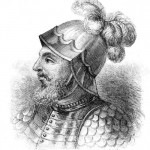 In 1513, Vasco Nunez de Balboa found out, after talking with the natives during his journey to Panama, that there was another ocean with many islands loaded with pearls. He decided to organize an expedition. He did indeed mange to reach the new ocean”, called “Mar del Sur”, after descending from the Darien region and stumbled into the Pearl Islands.

Two years later in 1515, the governor of ” Santa Maria del Darien”,  Pedrarias Davila, sent an expedition to the Perlas, where all the natives living in the archipiélago were slaughtered and their treasures stolen. However, the waters surrounding the islands were rich with pearls, so the Spanish  repopulated the islands with African slaves, brought to fish and dive for pearls, and  cultivate the soil.

During the  17-th century, caught wind of the trade route, where Spain’s ships  traveled from Peru back to Spain loaded with gold and other treasures. Pirates from England, Portugal, and France all raided the Spanish fleets at various times, and the Pearl Islands provided shelter for the pirates waiting for their prey.

~Although the island of Contadora is well known to the rich and famous, the rest of the islands are barely occupied and uninhabited. It was home to the Survivor: Pearl Islands TV reality show in 2003 and 2006.

The name  “Isla Contadora” translates as “counting isle,” was given to it, nearly five centuries ago, presumably as a place where the pirates would rest and count their bootie. Contadora gained its current status as a resort isle in the 1970s, when Panamanian businessman and statesman Gabriel Lewis Galindo, father of the country’s current vice president, was stranded on the island during a fishing trip and fell in love with it. He apparently purchased the island, built roads, and sold coastal property to other wealthy Panamanians. Galindo lent his home to the deposed Shah of Iran on the heels of the Tehran embassy takeover in 1979, as a favor to Jimmy Carter, and the Persian monarch spent some of his last days on the island. 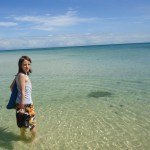 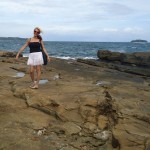 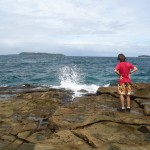 Isla Contadora’s main attraction is its selection of beaches. As idyllic as its beaches may be, there is actually a good bit more to do at Isla Contadora. As you explore the island, you may spot white-tailed deer, agoutis (large brown rodents), and any of dozens of bird species, especially the abundant pelicans.

Lainie and Miro stayed at a beautiful B&B called The Perla Real where their friend Scott, is the wonderful inn keeper . For more information or reservations,  go to the Perla Real web site . 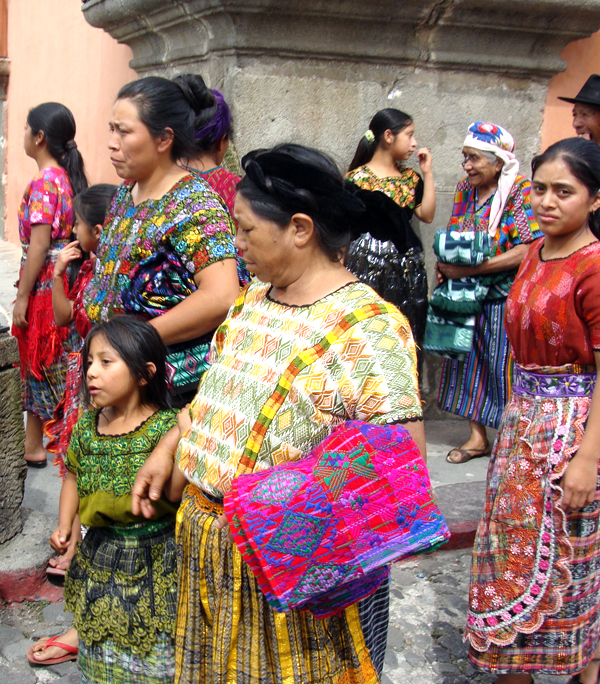 Joe’s part in the project is to  evaluating the effectiveness a nutritional supplement preventing diseases and helping kids grow well and become productive human beings.

Miro interviewed Joe, when the pair were still living in Guatemala. They were asked to wait to launch the interview because of public policy  issues at that time. The official name of the project is not mentioned in this interview, however,  Christine Almapour recently did a newscast on the topic of malnutrition in Guatemala, and there are names and  links below of organizations committed to help eradicate this problem. Follow those links to support if you are so inspired to get involved.

UNICEF reports that half of Guatemala’s children suffer from chronic malnutrition.

“One out of two is the average but in indigenous areas, chronic malnutrition can reach 80 per cent total of children under five years of age.” 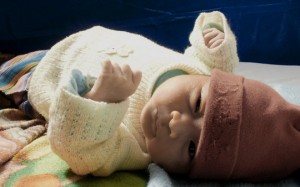 From the ABC article:

“If you want to break the cycle of poverty in Guatemala this is how you do it: Feed kids and feed them early before they get malnourished,” said Rohloff,   an American doctor who runs Wuqu’ Kawoq, a group of medical clinics in rural Guatemala.

Because a typical Mayan diet is lacking in animal protein like milk, Rohloff encourages mothers to breast feed but also to give their babies supplementary food starting at six months. He teaches mothers how to use Incaparina, a locally made corn gruel fortified with vitamins and minerals that needs to be mixed with just the right amount of water.

The mixture will be useless or even harmful if it is too diluted or the water contaminated. There are better supplements that need no preparation, Rohloff said, like Plumpy Doz, a ready-to-use sugary peanut paste with milk powder and vitamins. Unfortunately, there is no local Plumpy Doz manufacturer and getting the product shipped in can be problematic and expensive.

Guatemala has the highest rate of malnutrition in the Western Hemisphere: 50 percent of the population is stunted and, in rural Mayan villages, that figure gets as high as 80 percent. In Guatemala, more than half the population lives below the poverty line and suffers from chronic malnutrition, staggering statistics.

As you will hear in the interview, stunting is not just about height. With malnourishment comes greater susceptibility to disease and infection, impaired cognitive function and even lower IQ. Stunted kids are more likely to drop out of school and grow up to be unskilled workers with little potential for economic success later in life. It’s really sad in this day and age that this continues to be a problem. 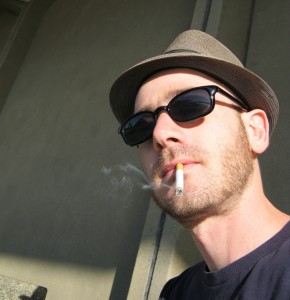 Since this interview, the project in Guatemala has ended. Joe is  currently helping set up a similar nutrition project in South Asia and beginning some work on income inequality projects in Mexico.

“Our model has and will continue to be: let other people report, then distort that reporting until its funny.”

Visit the site at   http://noticiasamericanas.wordpress.com/ 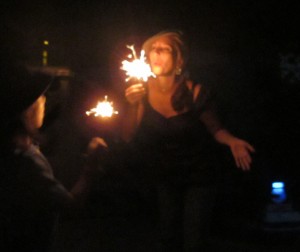 Miro and Lainie are still in Panama and  will remain there throughout the holidays. Sometime after the new year, they will venture into South America and continue their journey southward. They  have been reaching out to all of  our contacts and asking for references for conscious communities, eco- villages,  sustainable farms and volunteer opportunities. Lainie loves working with children, Miro loves working with animals and neither of them have ever worked on a farm, but they’re open to whatever opportunities come their way. Their desire for the first few months of the new year is to participate , volunteer their time and energies. Lainie  would really like to be part of an intentional  community, one that practices mediation, lives consciously and gives back to the surrounding community, helping to make locals lives a little easier. They are  putting it out into the universe and making it known.

If you have any suggestions or contacts for us in South America, please don’t hesitate to  send off an introduction. They plan on  be posting all the organizations they are considering after the beginning of the year so you can participate with their decision making process. 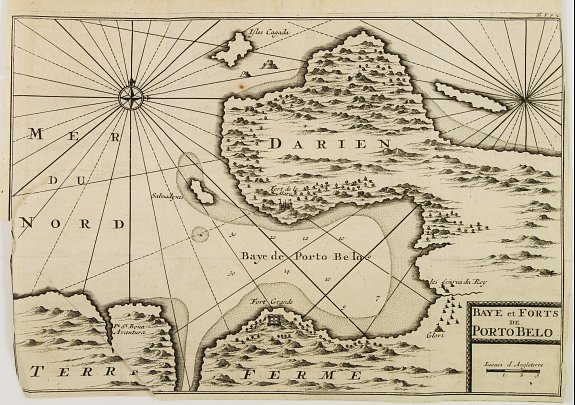 In podcast Episode #14, we talk about quaint town on the Caribbean called Portobelo. Unfortunately in the storms last week, Portobelo experienced a mudslide that took several people’s lives and filled destroyed several homes. We have also heard that one of the fort ruins that we visited and spoke about in episode #14 has partially slipped into the ocean. We send blessings  to the people of Portobelo and ask you to do the same.

Another Face of Hunger: Malnutrition and Stunting in Guatemala

A Guatemalan Center for Malnourished Infants

Today Lainie considers herself a digital nomad who is living a location independent life. She and her son write and podcast their experiences from the road at Raising Miro on the Road of Life.
Read More Share
Fossil Fuel Free
With DADT Gone, Same-Sex Binational Couples Should Focus on Full Federal Equal Rights