Our experience in San Cipriano was one of the highlights of our travels through Colombia. However there is clearly a dark side that exists outside of our experience.

First off, San Cipriano is a small village located at 200 meters above sea level on the Pacific nearby the port of Buenaventura. Disconnected from the rest of Colombia, San Cipriano probably has about 800 people and was nothing more than one dirt street filled with children of all ages  dancing and playing soccer in the streets. The wooden shack homes line the street on both sides, and many friendly dogs make the neighborhood welcoming to the occasional tourist. 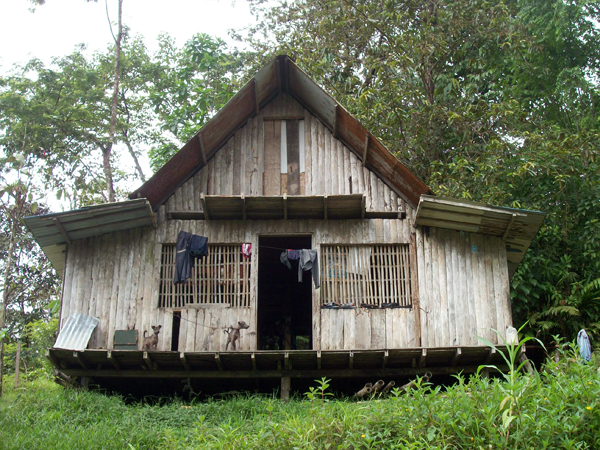 San Cipriano is well known for its unique transportation system; to get there from Cordoba, you must travel using small train carts called ‘brujitas’. Basically, it is a motorcycle hooked up to a wooden bench for passengers, which ran along the active train tracks. They are powered either by a hand pump or a motorbike that pulls it. Our experience was the later and was the most terrifying 20 minute ride in our lives, since if a train came towards or behind us, we needed to quickly jump off the vehicle for safety. To see a video of our ride on the brujitas, click here. 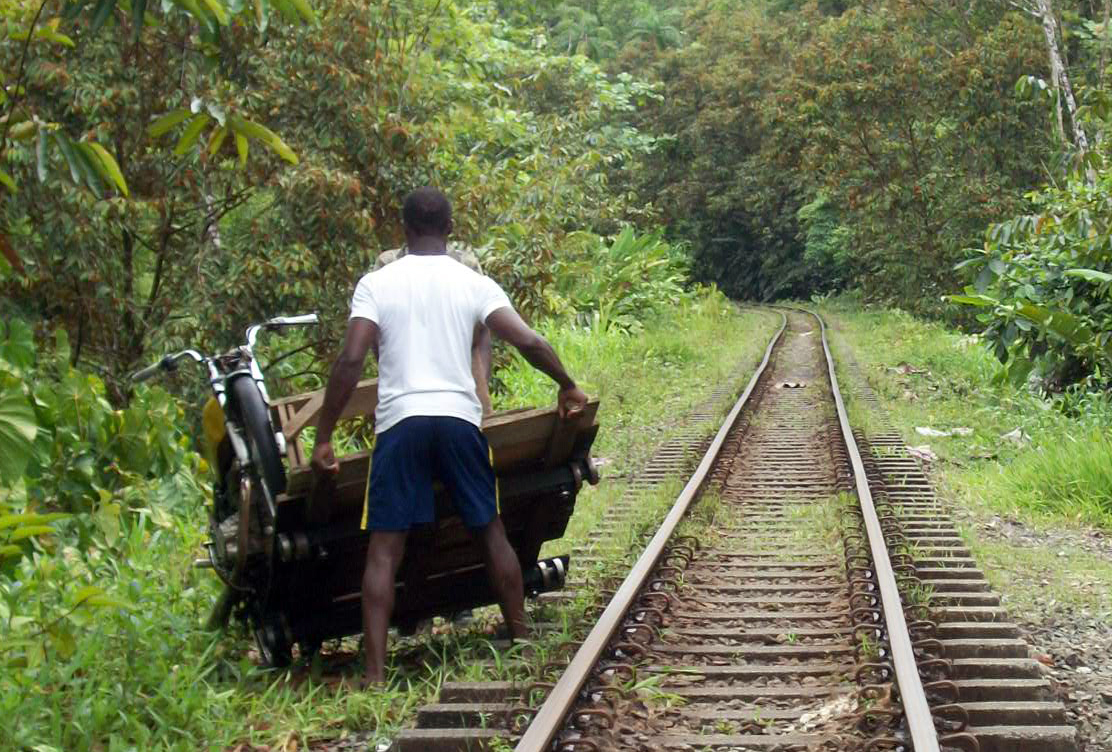 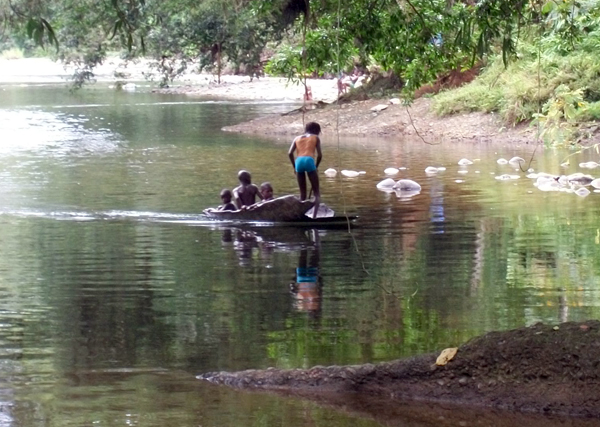 The town is really two dirt tracks with wooden houses built along the river. Very green and the river is perfectly clear. 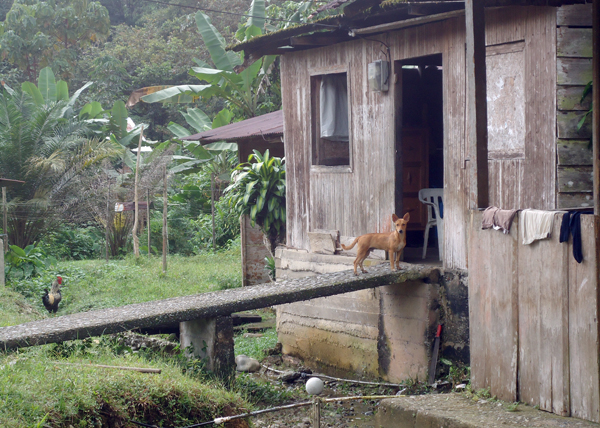 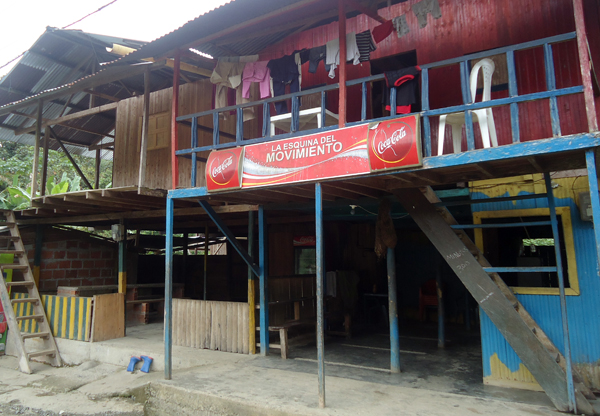 Adjacent to the rustic town, is the nature reserves, which provide  the ideal setting for wonderful hikes through the jungle. 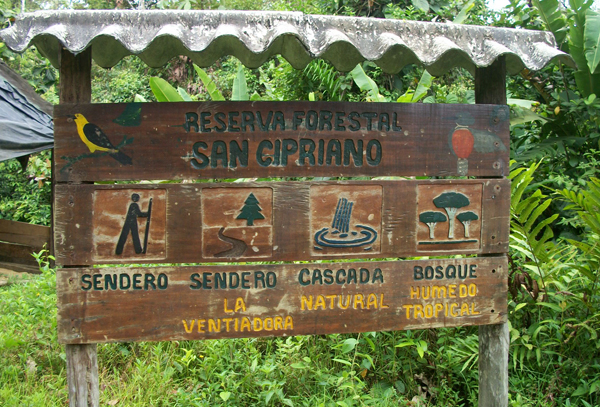 On our first day in San Cipriano, we hired Jefferson to be our a guide to the waterfalls. We had a wonderful hike through the reserve, were rained on then finally rewarded with a beautiful waterfall. 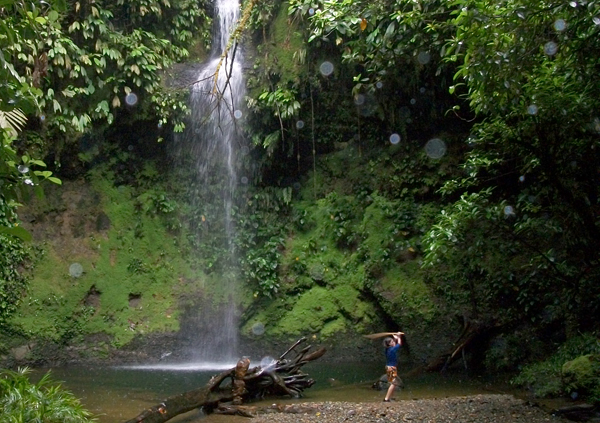 Swimming in the river is fun. Alternately, we choose to venture down the very small rapids on innertubes. We made friends with a beautiful dog named Violetta, and she accompanied us as we tubed down the river.

San Cipriano is definitely untouched by typical Colombia tourism, likely because it’s unconventional way of getting there and the surrounding poverty. However, it’s close enough to Cali, if you are the adventurous type. The richest asset by far, are the people, who some of the warmest, welcoming and friendliest people on earth. 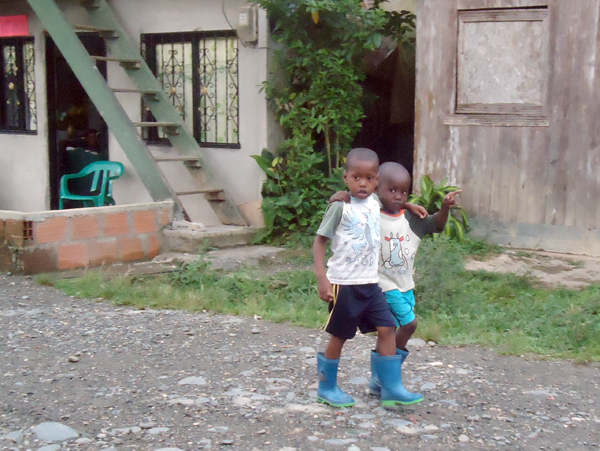 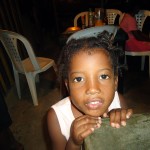 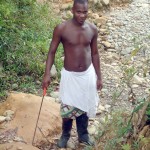 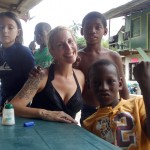 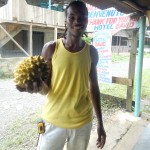 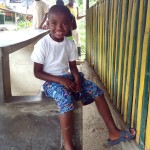 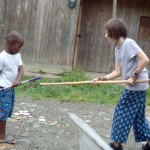 Now, For the Other Side of It

The cruel truth of this impoverished region truth be told, is that there is a completely out of control “Gold Rush” going on along the Dagua River between the villages of Zaragosa and Córdoba on the outskirts of Buenaventura and just outside San Cipriano. About halfway between those points the Rio San Cipriano merges and there begins the extremely important nature reserve which is where we hiked.

Because a recently vein of  gold was discovered at the entrance of the river, there is now multinational companies taking advantage of the lack of representation in the area and have started to exploit the natural resources. As a result, these companies have brought their heavy equipment, mined the beautiful surrounding river and have seriously damaged the natural ecosystem.  The damage is blatant, and one would ask, “How could this happen?”

The director of the CVC (the entity that oversees virtually any environmental activity in Valle De Cauca) Jazmin Osorio said there was nothing she could do about the problem. If police or any CVC employee with said logo on his shirt entered the surrounding area, let alone the mining sites,  they´d be shot on the spot. Such is the gold fever and CVC “hace rato“ is not exercising any control what so ever over the situation.

For more on San Cipriano and the eco-polical issues, check out this link.

Moreover, large-scale illegal mining violates territorial and environmental rights as has happened in Zaragoza, on the Cali-Buenaventura road, in the rural area of Buenaventura. In 2009, mining companies began indiscriminate exploration and exploitation of gold holdings, mainly employing people from other big cities like Medellin, Cali and Bogotá, and even foreign countries. This has provoked the following consequences:

• Socio-environmental damage to the Community Councils of the Upper and Middle Dagua, San Cipriano and San Marcos, and an impact on identity and ethnic/cultural practices, social dynamics and incomes connected to land and territory.
• An increase of violence due to the increased intensity of the armed conflict and increased presence of paramilitaries in the area, destabilizing and disrupting community life and limiting free movement across the territory, hampering the ability of the population to exercise their full and free use of their Community Councils.
• Noise pollution caused by the operation of machinery such as bulldozers and explosions.
• Cultural practices, important for organizing the communities, being weakened and fractured, affecting participation and autonomy.
• Changes to the Rio Dagua, resulting in the destruction of traditional crops. Some houses were destroyed by machinery and many people were murdered for daring to defend their land rights.

All this constitutes a serious violation of the ethno-territorial, economic, social and cultural rights of black communities. The communities demand that immediate and relevant measures are taken, to protect the people and the organizations that are filing a complaint to protect their environment and constitutional rights in the event of possible retaliation.

Awareness is part of being a conscious traveler. Please don’t be discouraged by the current situation. We totally recommend visiting  San Cipriano when planning your trip to Colombia.

Today Lainie considers herself a digital nomad who is living a location independent life. She and her son write and podcast their experiences from the road at Raising Miro on the Road of Life.
Read More Share
An Adventurous Trip To Buenos Morales
About Stylist-Extraordinaire Grace Coddington c.1975