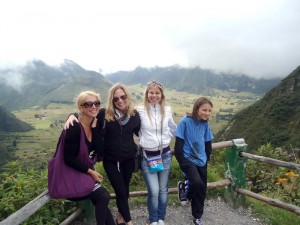 On our visit to Ecuador’s capital, we ventured outside of Quito about 25 kilometers (15 miles) to visit Pululahua Crater, an active volcano. What made this volcano so strange was that it was active, but it was underground and I had never seen anything like this before in my life. Through continuous eruptions over 2500 years ago, this once grand volcano collapsed and transformed into a crater, but retains the potential of errupting even from it’s flattened state. But don’t let’s it’s current appearance fool you. The Pululahua Crater is a volcano.

There are only two volcanoes in the world where people live and work. One is in Malaysia where mining is going on and the other is this one, Pululahua. Here we observed people living at the bottom of the crater, dedicating farming the land. It is thought to have been inhabited for at least since 500 years, likely even before the Incas ruled the area.

Pululahua has one of the world’s largest volcanic caldera with an average base diameter of 8 km. The crater is breached on the NW side and in the middle a huge lava dome formed with a height of 500m and a base diameter of 3 km. It is also one of two in the entire world, which is populated and is primarily used by indigenous people for agricultural purposes. Its exact location is 0°04´N and 78°46´W, which locates itself almost right on the equator and some 20 km NW of Quito. The highest peak in the caldera rim is Sincholagua, rising to 3356m above sea level. 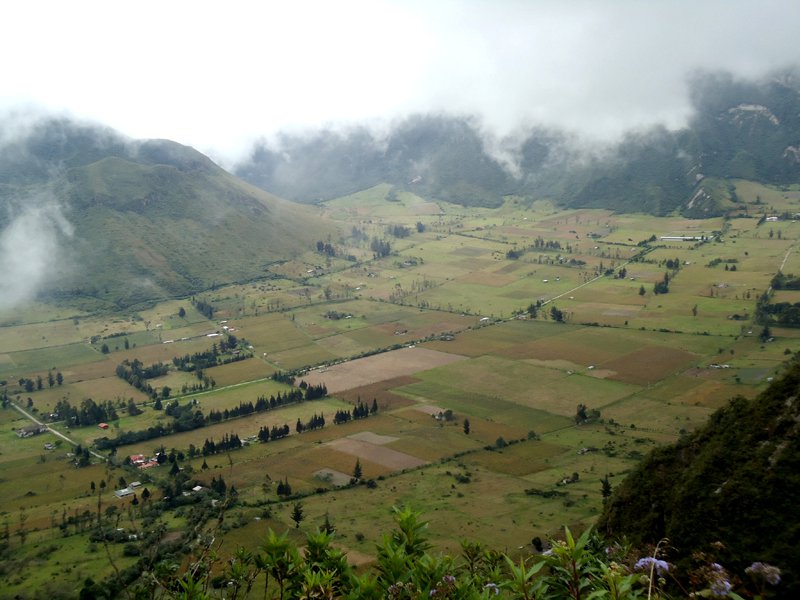 This huge caldera was probably created by continuous huge and cataclysmic eruptions of a high stratovolcano (at least 6000m) with a subsequent cave-in of the emptied magma chamber. After this event, the volcanic activities continued in the crater, forming huge lava domes, with 3 important eruptions in the last 13000 years. The last significant eruption took place around 2500 years ago, spewing pyroclastic materials, ashes and forming lahars. From then on, the volcano entered in a period of dormancy with vegetation establishing itself and covering the crater walls and the lava dome in the middle of the crater with a cloudforest vegetation and allowing indigenous people to settle there and use the crater bottom for farming.

The last eruption in 500 BC had a volume of approximately 5 km2 with an column reaching a height of 30 km. It is the 99th largest eruption registered in the world (approximately 4800 eruptions listed) and was twice as large as the recent Pinatubo eruption in the Philippines. At the time of this eruption a highly developed Indian culture, called the Cotacolloa, was located SE of the crater. Excavations showed that entire villages were abandoned by the natives after the event and that they had to resettle. This enormous eruption disrupted also agriculture for several years and new trade routes from the coast had to be found. 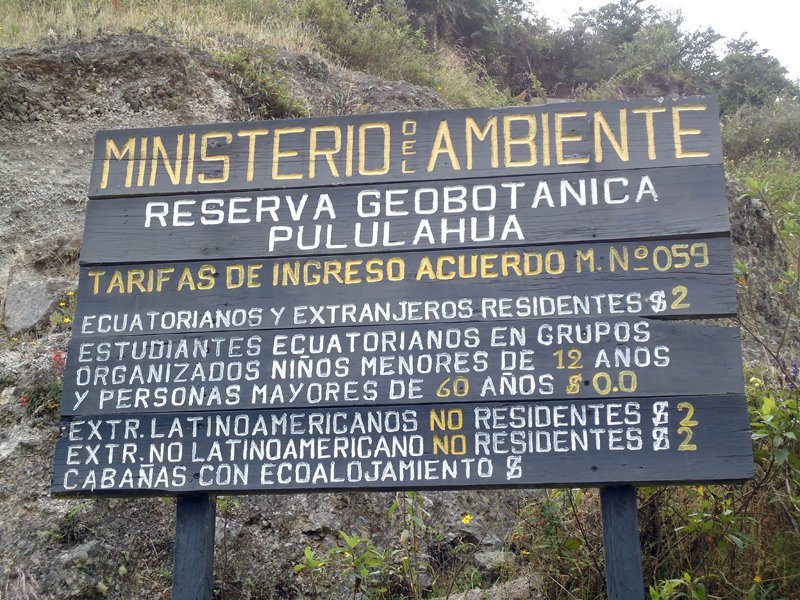 Today, the Pululahua Crater and the 3200-hectare Geobotanical Reserve that surrounds it is a subtropical ecosystem. This reserve, which was the first to be declared as such, not only in Ecuador but also in South America. There are 21 different animal species and 53 different plant species within its boundaries. The crater is about three miles wide, and at first glance is a sea of green, and both forests and farms contribute. 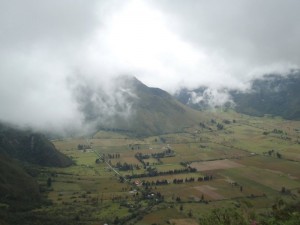 Although we did not hike down into the crater, we viewed the valley from the ridge above. We were amazed that this patch of green and farming was calmly happening above the potential of an eruption. We were told by our guide that the farmers were forbidden to sleep there and must retreat at night, and return in the morning for safety precautions, but I was unable to corroborate this information through researching on the web.

The Pululahua Crater will, however be forever etched into my experiences of Ecuador as one of the amazing marvels that made this country so unique.

Today Lainie considers herself a digital nomad who is living a location independent life. She and her son write and podcast their experiences from the road at Raising Miro on the Road of Life.
Read More Share
Sweet Box Cupcakes Truck in LOVE Park
Eastern Europe Attitudes Shift as Tourism Leads & Corrupts the Way