One of the most colorful places we’ve visited in Peru has been the quaint, picturesque and charming city of Huaraz, nestled in the Departmento de Ancash.  Huaraz is located about 400 km north of Lima, nestled between the beautiful mountains of Cordillera Blanca and Cordillera Negra.

It seemed that most travelers visiting Huaraz were there for the local access to for trekking, hiking, and mountain climbing. But for us, we we enjoyed the charm of the city as a cultural experience and closely located to the archeological site of Chavin de Huantar the ancient religious center of Peru, which I was anxious to visit.

The first thing that strikes you on arrival in Huaraz is that the town itself cannot exactly be called a pretty place, with most of the buildings built from concrete; however what it lacks in elegant architecture, it more than makes up for in the vibrant energy of its streets and the friendliness of its inhabitants. 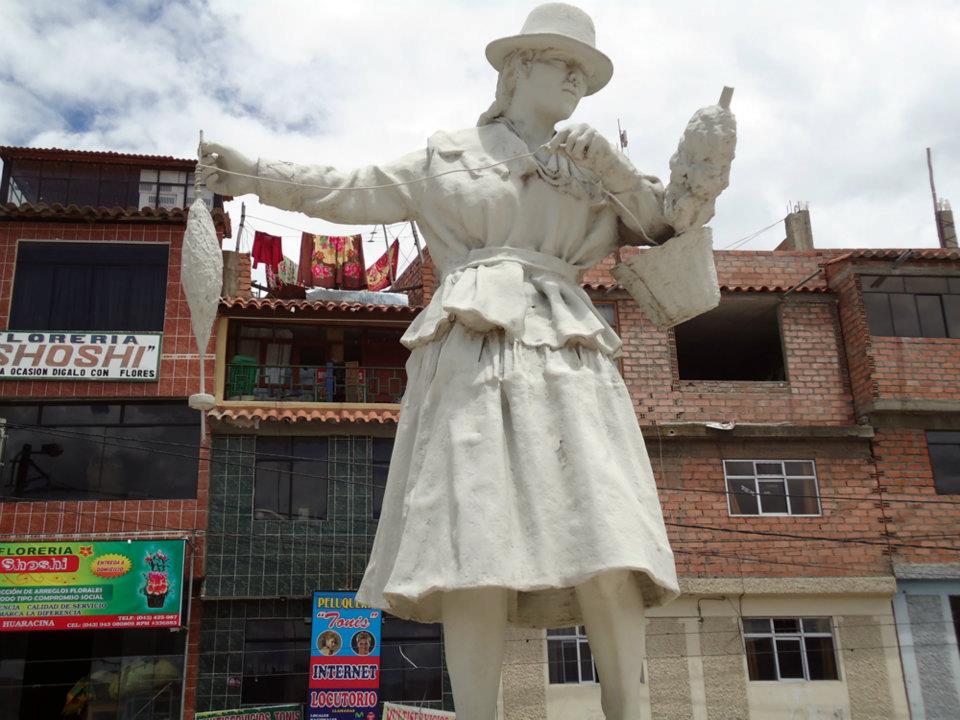 Throughout he town are scattered white marble sculptures which add a rich contrast against the blue skys and snow capped mountains. 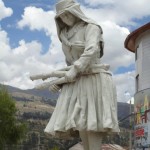 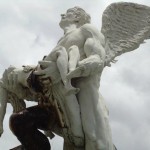 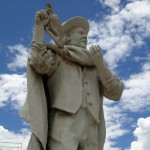 Huaraz is a city that has survived a ravaging natural disaster for a second time back in 1970. Following an earthquake, Huaraz was destroyed by flooding accompanied by an avalanche at the same time. It was very similar to another catastrophe that had occurred several decades ago. Huaraz had to be almost completely rebuilt and those surviving the disaster had to start all over again. The city pulled through and is now alive once again, teeming with culture and tradition, which it offers to share with its visitors from all over. 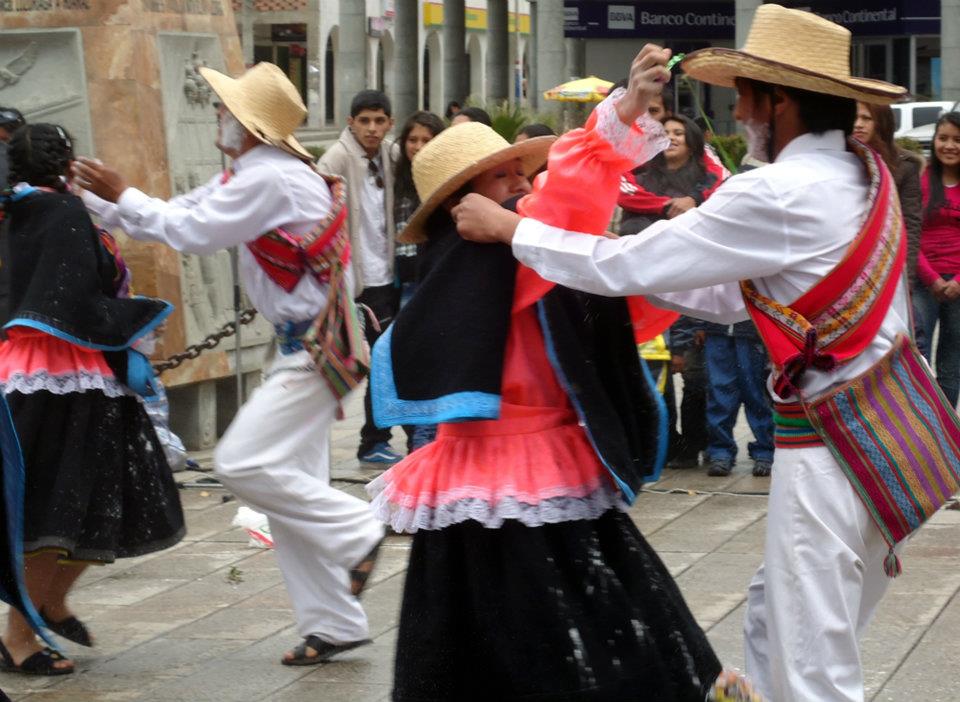 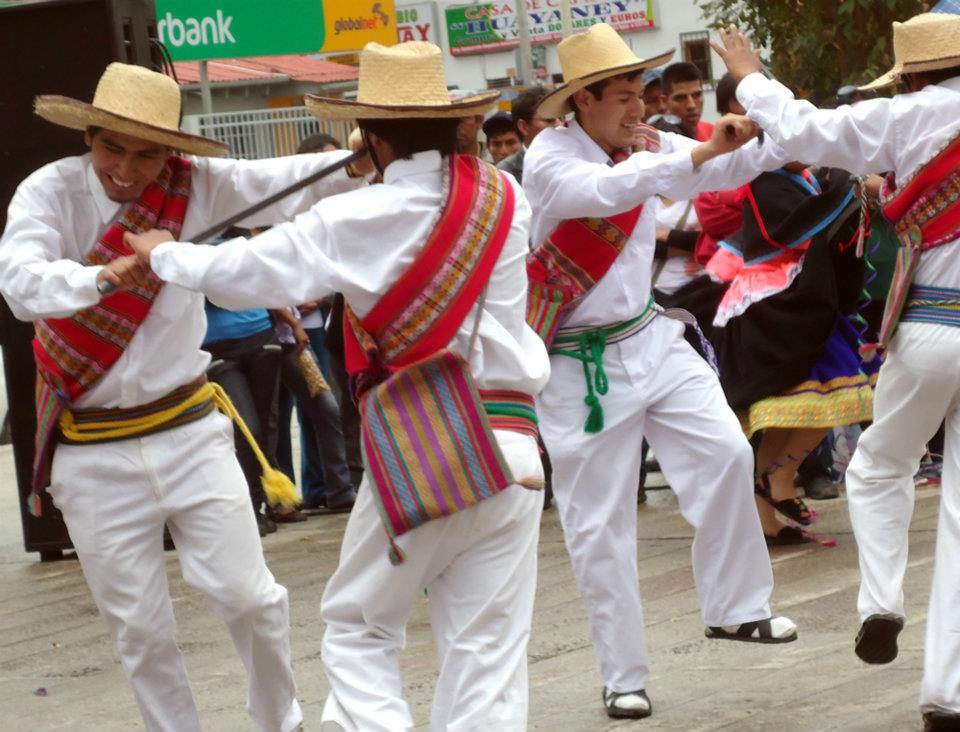 Among the best of all that Huaraz has to offer are the mountain ranges. Cordillera Blanca has snow-capped peaks and also includes the tallest mountain in Peru. Cordillera Negra does not get much snow, however, it is known for growing wheat and other food products. Plus, it is a source of mineral resources such as silver and gold. Both mountains are part of the Andes Mountains and the main attraction of Huaraz. People go to see the majestic beauty of these ranges as well as for the sports and adventure the mountains provide them. 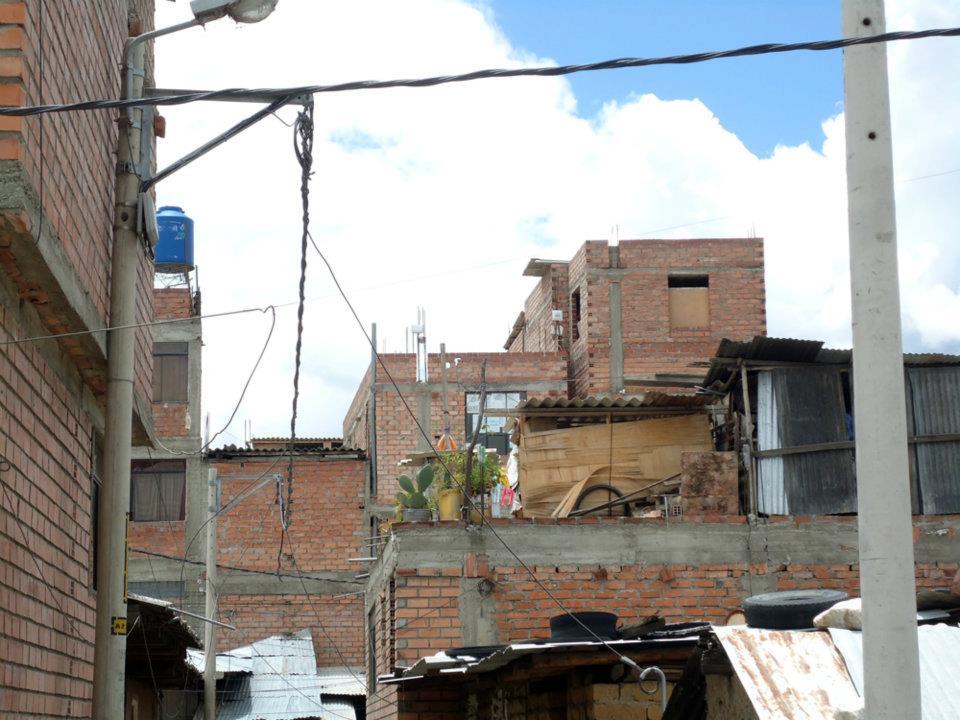 Besides the mountains, Huaraz has a lively culture for tourists to enjoy. Local markets, restaurants, cafes, and night clubs offer plenty of things to do. There are hotels for different budgets and tastes. If visiting Huaraz by air, consider traveling from Lima to Anta, the small airport closest to Huaraz, flying commercially is one option, hiring a private plane is another.

Today Lainie considers herself a digital nomad who is living a location independent life. She and her son write and podcast their experiences from the road at Raising Miro on the Road of Life.
Read More Share
Fjellestad’s Sunset Strip The Movie’s Red Carpet Debut on March 16
Discover Valletta in a Day