When you think of Peru and ruins of course you think of the awesome grandeur of the Incan ruins at Machu Picchu. But there are also many other ruins in Peru that are just as exciting and they offer visitors an incredible glimpse into the incredible history of Peru. One such set of ruins are the Huaca Pucllana ruins, located in Miraflores, a suburb of Lima. The ruins at this site were originally constructed by the Lima culture. 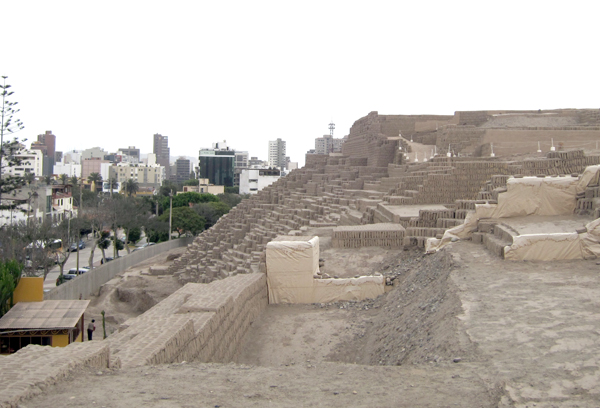 The Lima culture was a pre-Inca indigenous culture living in the modern day Lima area. The culture flourished in this area from roughly the years 100 AD to 650 AD. The Lima culture was quite sophisticated, employing irrigation methods to bring water to the desert areas surrounding Lima for agricultural purposes. The culture was also socially complex and had several elite and priest classes, which helped administer their population centers. 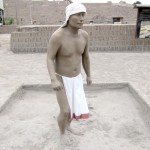 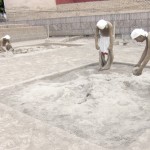 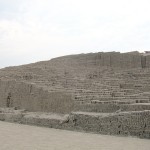 They also used cotton and animal hair to weave colorful and sophisticated textiles. Textiles were an important status symbol and many mummies have been found that were wrapped layers of tapestries. The Lima culture is also known for making ornate ceramic pottery.

This culture also practiced a form of religion based on the worship and appeasement of magical gods. They used human sacrifice at certain times of the year as a form of being favorably treated by the gods. For example, when it was time to plant and later to harvest crops, the Lima culture would hold sacrifices in order to have a bountiful harvest. The sacrifices would be conducted by priests in temples, called huacas. One such huaca is found at Pucllana. 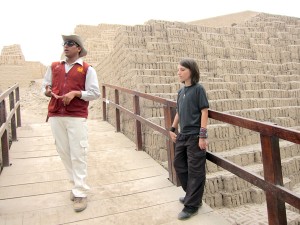 These ruins are thought to be about 1600 years old. The ruins are part of what was a ceremonial center, with construction beginning around the 5th century AD.

The Huaca Pucllana ruins are actually pre-Incan and feature a large pyramid made almost entirely of handmade adobe bricks. The Lima culture was sophisticated enough that they laid the bricks in such a way that was resistant to any seismic activity. Perhaps that explains why the ruins are in such fine shape even after years of earthquakes and tremors. The pyramid is an important feature at the ruins because sacrifices to their gods were held there. Also, important people within the Lima culture were buried at this site because of the religious importance it held. 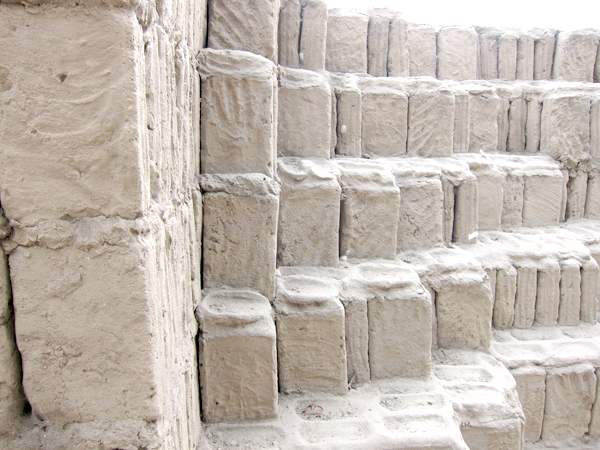 Surrounding the pyramid is a series of clay huts and structures that were used as administrative buildings. Many of these structures survive to this day and can be seen during one of several daily tours at the site.

Unfortunately for the Lima culture, around 600 AD, weather patterns began to shift, making agriculture much more difficult. The result is a general decline of this culture and the rise of other, stronger cultures. The most notable and famous of these is the Inca culture.

The site of the Huaca Pucllana ruins also includes a museum. The museum showcases many of the tools, ceramics and textiles that have been found by archaeologists. It also details the history of the Lima culture. The museum and surrounding ruins are open to tourists daily and are easy to get to by taxi from within the Lima metropolitan area. 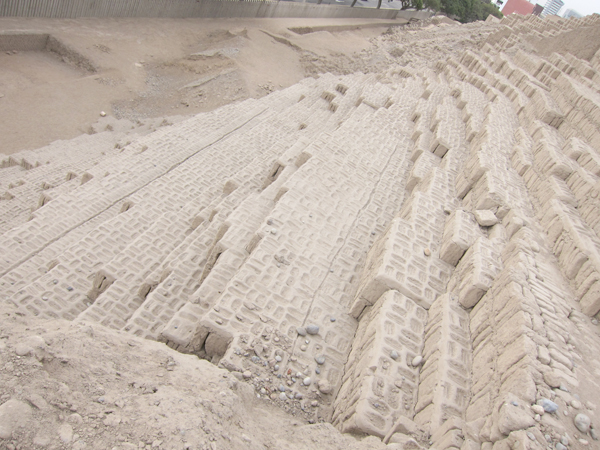 Today Lainie considers herself a digital nomad who is living a location independent life. She and her son write and podcast their experiences from the road at Raising Miro on the Road of Life.
Read More Share
Logistics, Politics & Sentiments of Traveling to Israel & Palestine
Into the Vortex: the Train to London