After a ton of research on Guayaquil, Ecuador, a city only 3 hours from our current home in Montanita, we ventured out to explore the city. 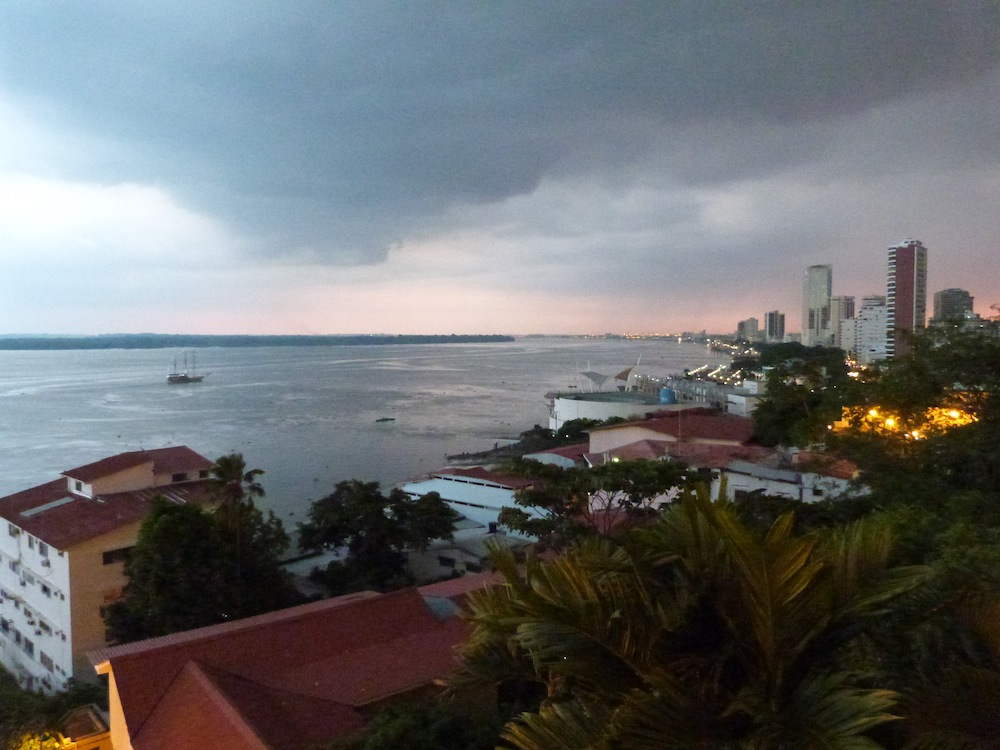 Considered the commercial heartbeat of Ecuador, Guayaquil has nothing but become a city which sprawls with an abundance of life and a mind of the contemporary. High-rises have rose from the ground up to enable a genuine city feel, yet maintaining it’s roots by the presence of it’s riverfront in town square that ultimately showcases what the city is all about. Visiting Guayaquil, Ecuador should be a highlight on anybody who ventures in search of Ecuador’s diverse heritage.

Looking for things to do in Guayaquil is a simple matter to partake in because the city is full of various, interesting neighborhoods and villages that beckon the imagination. The world of the old meets head-on with the new identity of the world as we know it today. See for yourself what there is to do in a city so rich in heritage:

The zoo shakes hands with the purest of urban architecture art at the Parque Histórico Guayaquil. The zoo, is separated into three various sections, for birds, reptiles and animals. This isn’t an ordinary zoo though, because it focuses on the local heritage and especially the buildings, which are focused on an urban style, detailed brilliantly by the incredible local artist. Rural customs are a focus, along with agriculture and some spectacular arts and crafts. 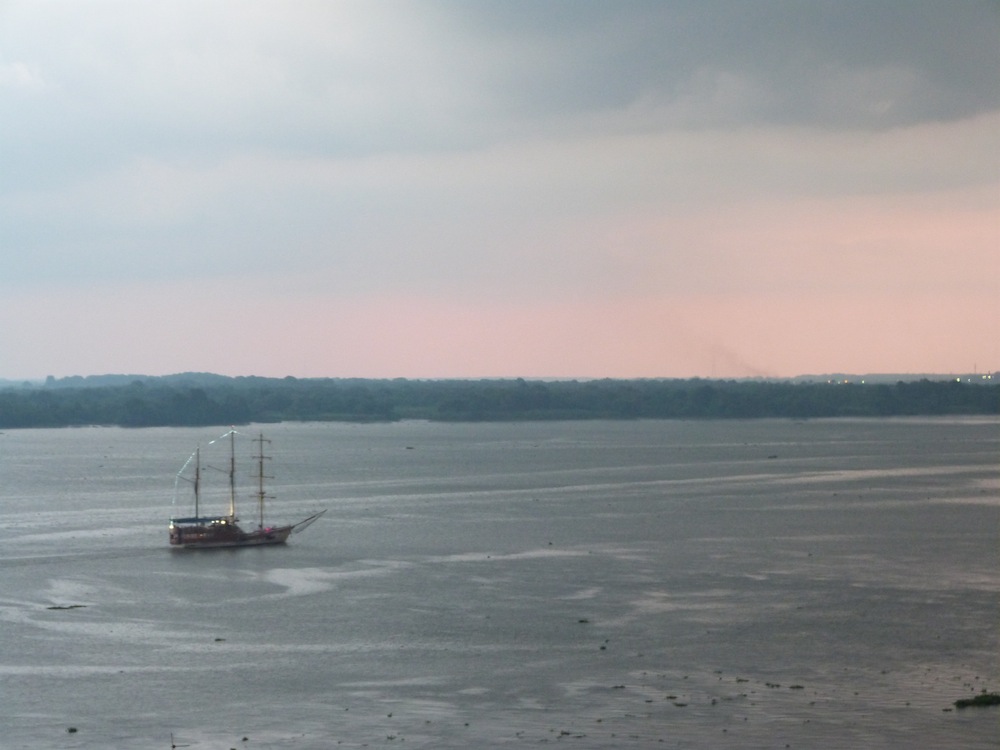 An urban-renewal project that is so extensive it reaches into the futuristic, it sports open-air restaurants, gardens, playgrounds, huge Rió Guayas with ponds, a pretty spectacular Imax theater and a shopping gallery which has everything from clothes to little trinket shops and everything inbetween. The spot where it sits has great views of the northern end, that has a colonial district which looks as if you are staring down at a different time. Fun outing for the whole family. 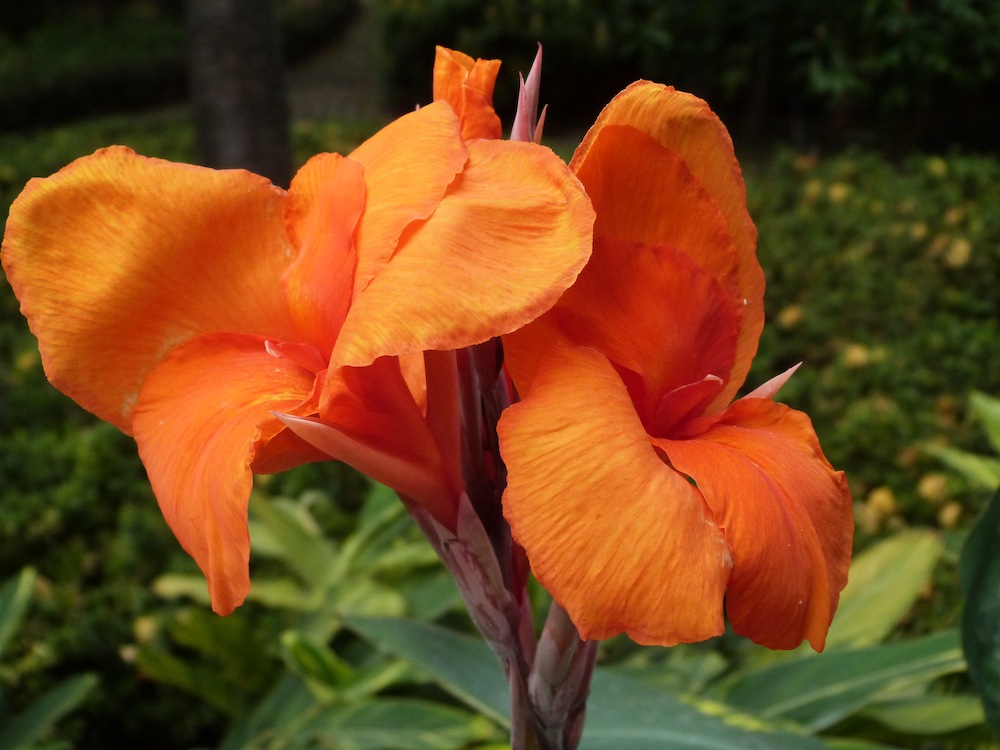 The botanical gardens located as part of the waterfront walk (The Malecon) is well cared for and attracts many visitors, locals and tourists alike. Apart, from the various plants, it has many species of animals and birds, which are native to Ecuador. The gardens are well kept, many of which may be viewed from a raised walkway. The orchid gardens are of particular interest, but unfortunately during our visit, there were not many in bloom (but I managed to photograph one that was). Well worth a visit, if you are in that part of Guayaquil. 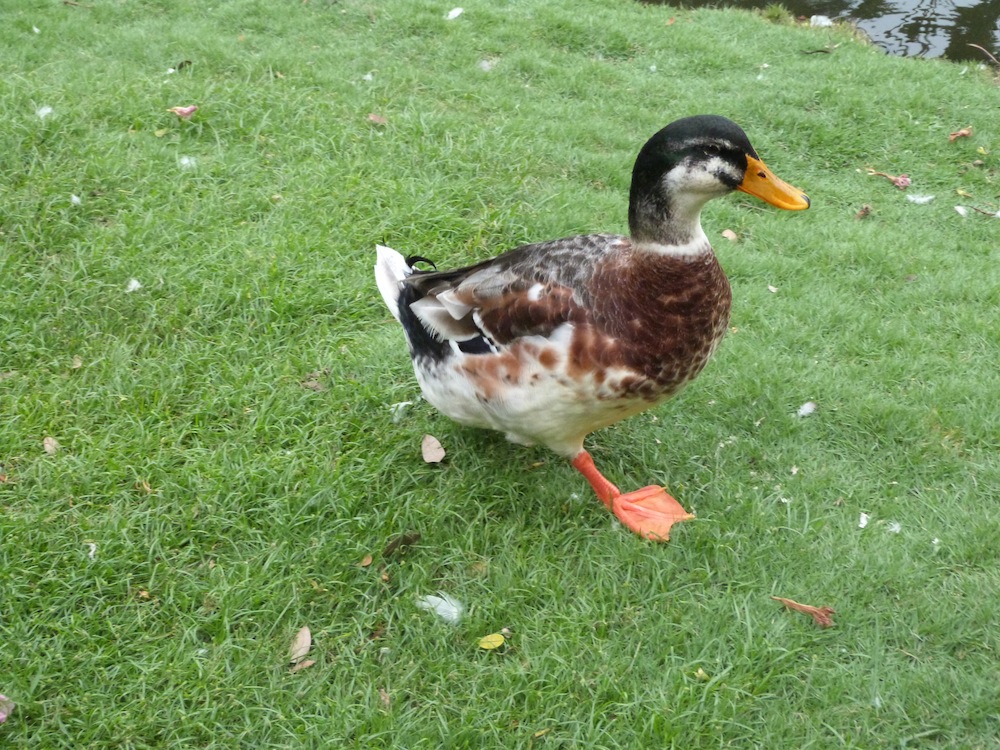 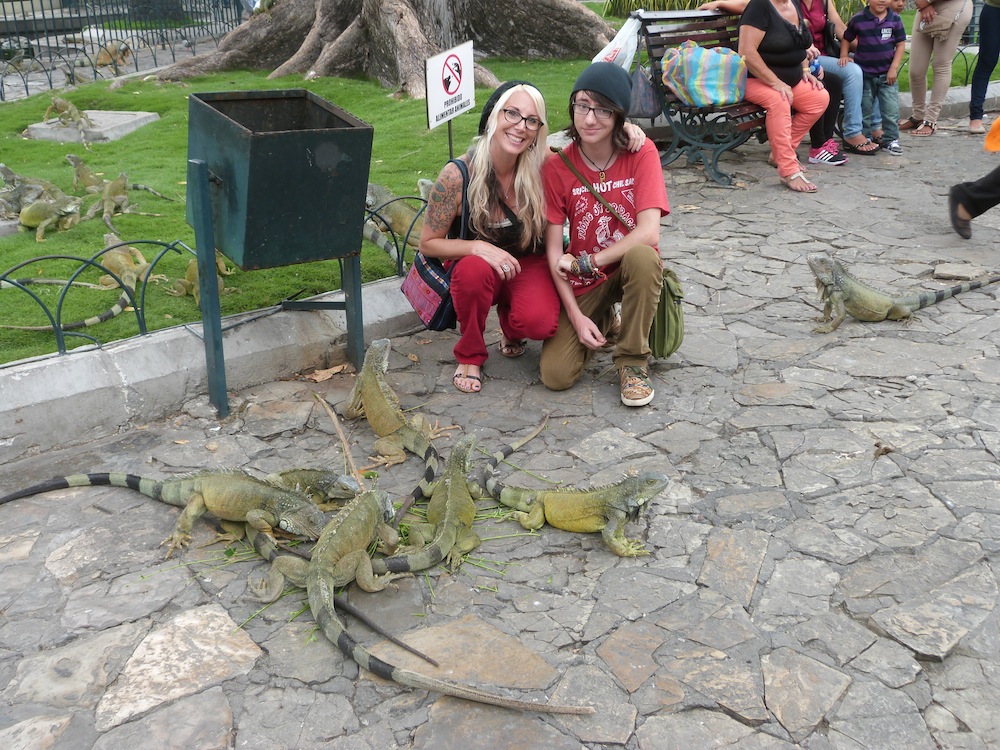 (Also known as park of the Iguanas) A piece of land which is has one of the largest collections of Iguanas in the entire world and not to mention is surprisingly entertaining , is Parque Bolivar. These reptiles are phenomenally interesting and and have an amazing variety of species that are taken from the island of the Galapagos. Circling the entire complex, there are beautiful gardens which have some of the finest varieties. 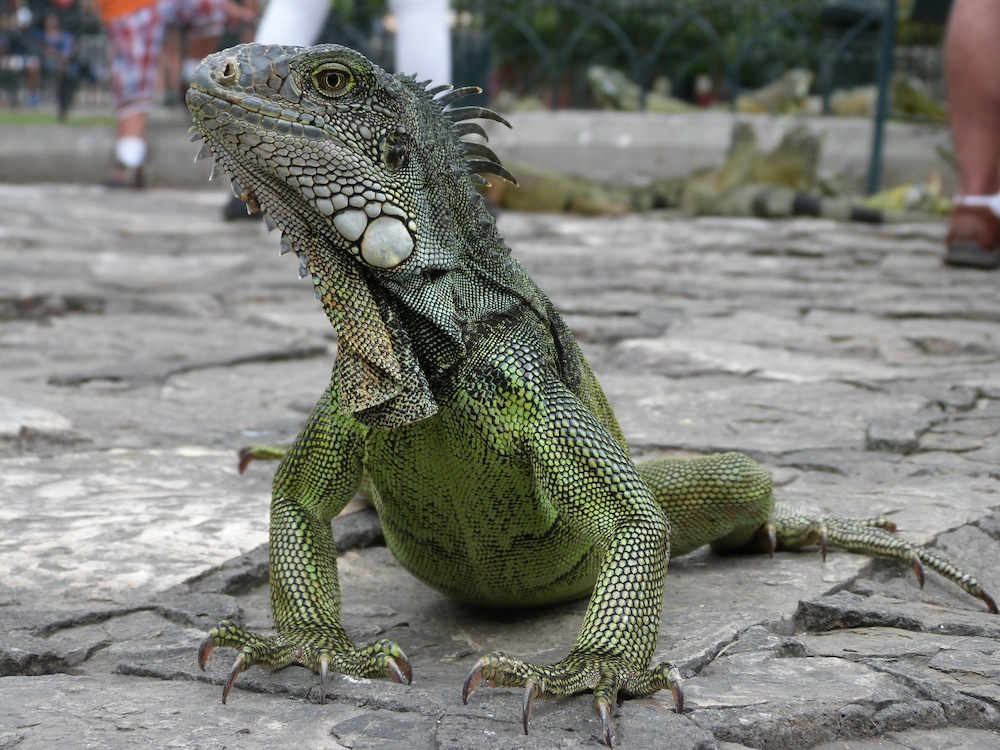 So many iguanas, so little time. 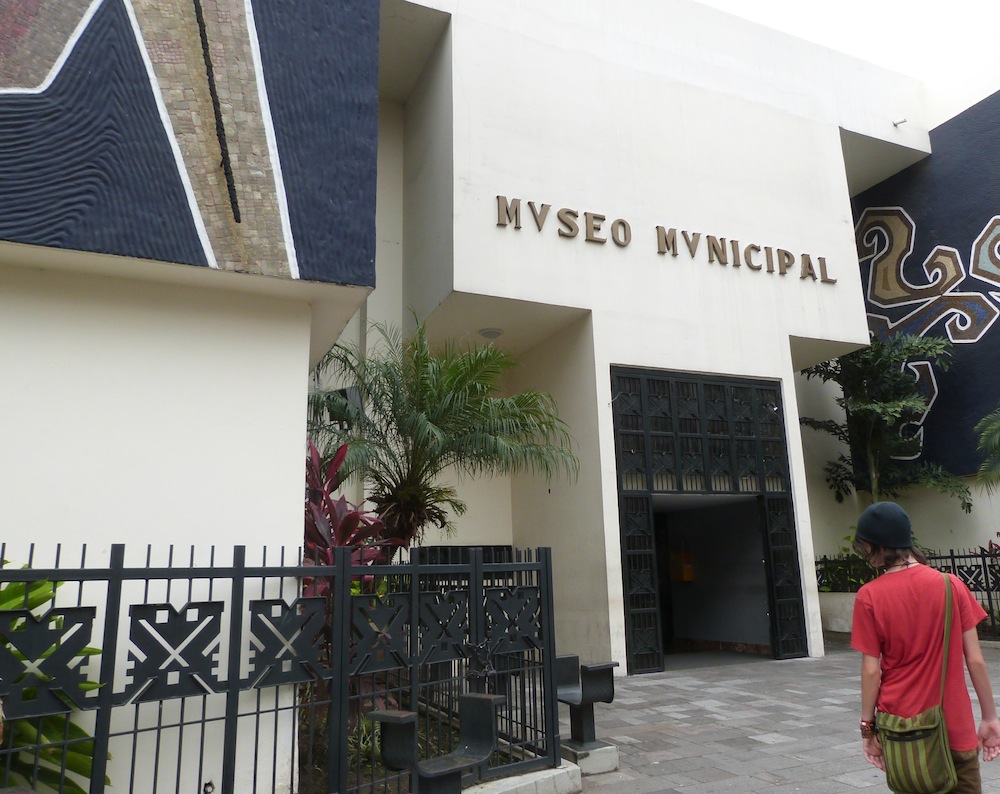 This modern museum is located near the end of the Malecon and has a wonderful collection of both modern art and historical artifacts. The collections are curated beautifully and museum is modern and clean. Highly recommended on your trip through Guayaquil. 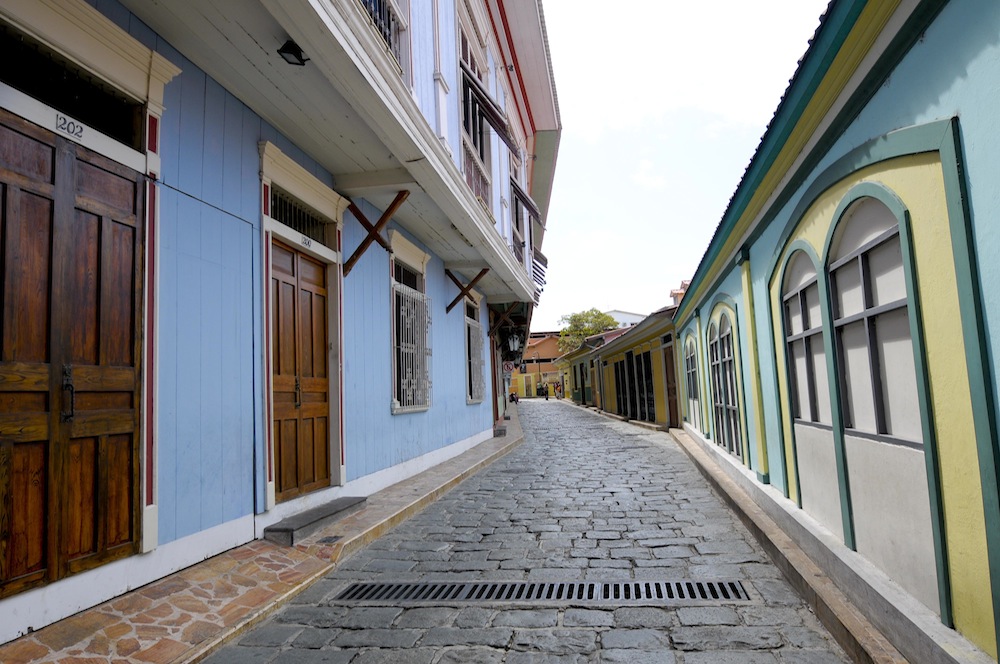 A legend of a poet, Guayaquileño (1832–1907), is the basis for a historic street which was named in his honor. What it opens up is an area that boasts plaques within the walls of famous, historic enriched homes which had been the residences of former presidents. It is here where you begin to get a great sense of how vital the city is to them in the way that they view their culture and heritage. A great area to visit for soaking in the ultimate vibe of Guayaquil.

Right where Santa Ana hill meets Guayas river,  and above the Malecon, the oldest neighborhood of the city is located. It has a single lonely street with interesting houses at both sides and currently is going through a process of restoration.  The street is lined with cafes and art galleries, one of Guayaquil’s treasures. An interesting point of history, it is said that Che Guevara stayed in this neighborhood on his famous journey through South America 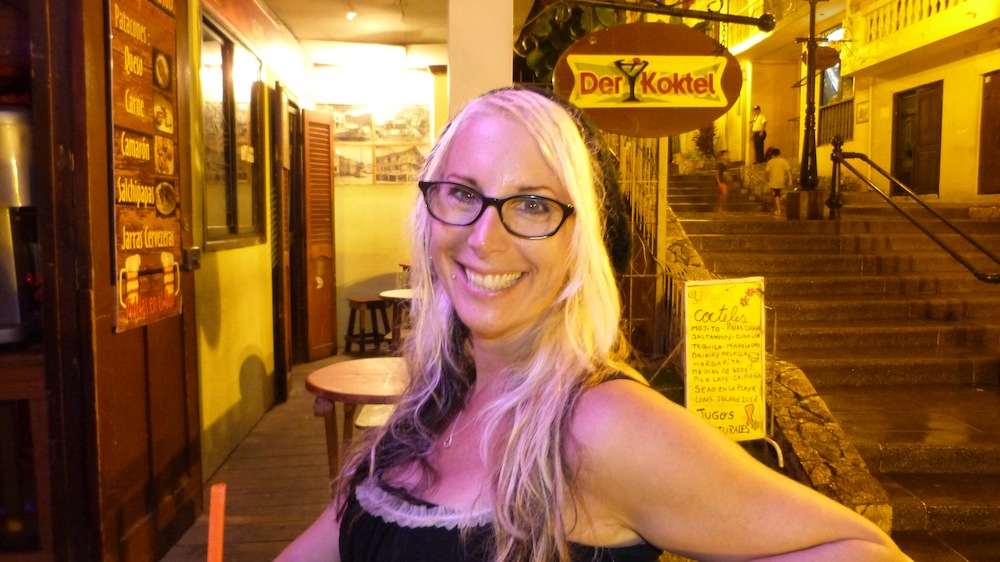 Che was here? If course we had to stop in for a drink… 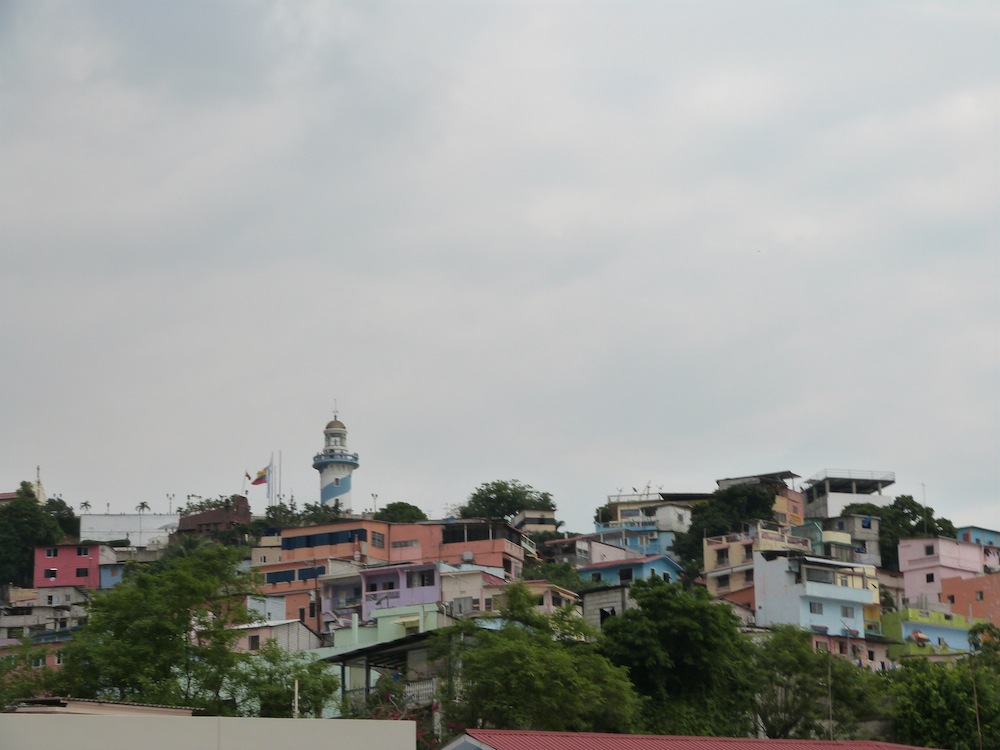 At the top of Las Penas is the Fort. This was an ideal spot for the lookouts and defense positions in the 19th and 20th centuries. Now there is a light house behind where the cannons are positioned. It looks good at night but they say it is of no navigational value.

Although we passed on this excursion, it was certainly a great option. It is widely known as being one of the largest malls in South America and by a simple glance you can see why. The Mal Del Sol is chalk-loaded with everything a standard mall anywhere else would employ but there is a natural, community feel that is typically exempt from the bulk of malls across the entire world. The mall is extremely easy to access, due to the fact that it is literally directly across from the airport. 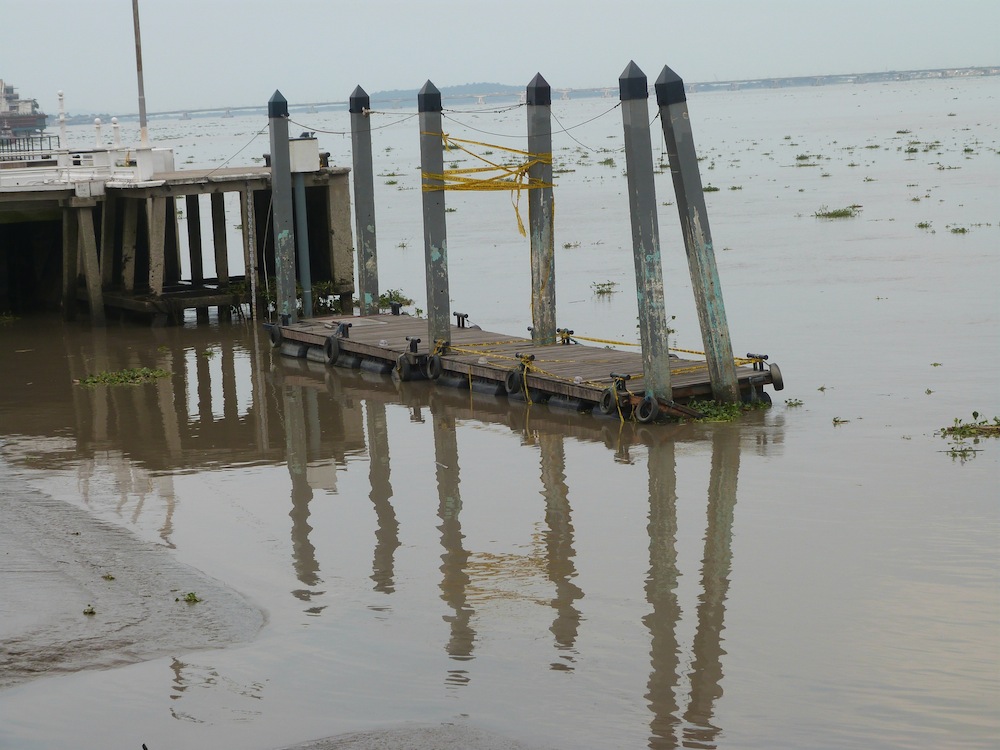 Guayaquil, Ecuador is a city that has a lot of history to offer and certainly worth a day visit.  There are over a dozen museums to choose from, most of which offer free admission. Guayaquil offers old world rustic charm and modern shopping. If you ever want to get the taste of large South American city, do consider including a day trip into Guayaquil.

Today Lainie considers herself a digital nomad who is living a location independent life. She and her son write and podcast their experiences from the road at Raising Miro on the Road of Life.
Read More Share
An In-Depth Walk Through Cork Ireland
All Things Deliciously Fried in Charlottetown