Our three day excursion to visit Bolivia and particularly the Salar de Uyuni (Spanish for Salt enclosure) also known as the Bolivian Salt Flats, or simply salt flats, was filled with so many emotions: awe, equanimity and more. This alienesque landscape is truly unfathomable as a geographic wonder, making this trip one of the most remarkable expeditions of our lifetime. 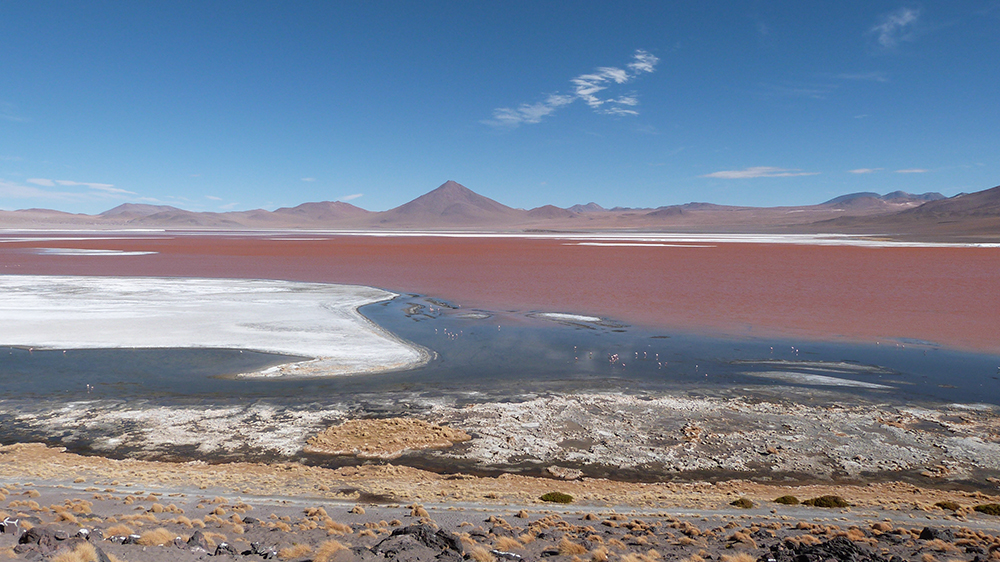 Many travelers and people often describe a bucket list of places they wish to visit, whether African safaris, hot pools in Sweden, or Alaskan cruises. For Miro and I, it had been the Bolivian salt flats for quite a while as one of our top worldschooling destinations. We choose the salt flats after researching geologic formations of the places located  in South America, entrenched by years of Spanish and indigenous culture, it seemed the perfect fit. Our planned mini-excursion to visit the Salar de Uyuni was definitely on our to-do list! 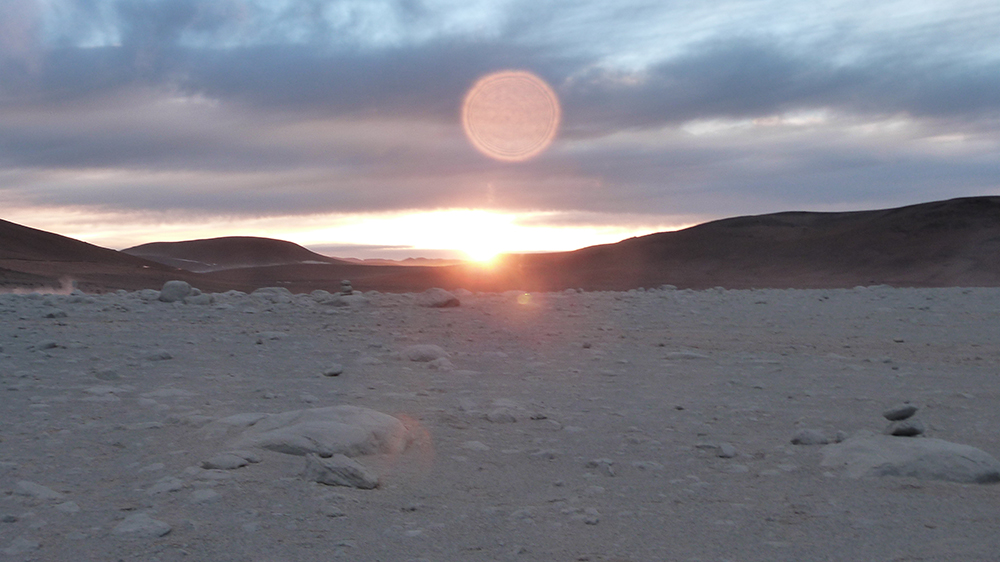 We set off on our three-day excursion after an overnight bus ride from La Paz, delivering us directly to the town of Uyuni, where our guide was to meet us for the three day trip. 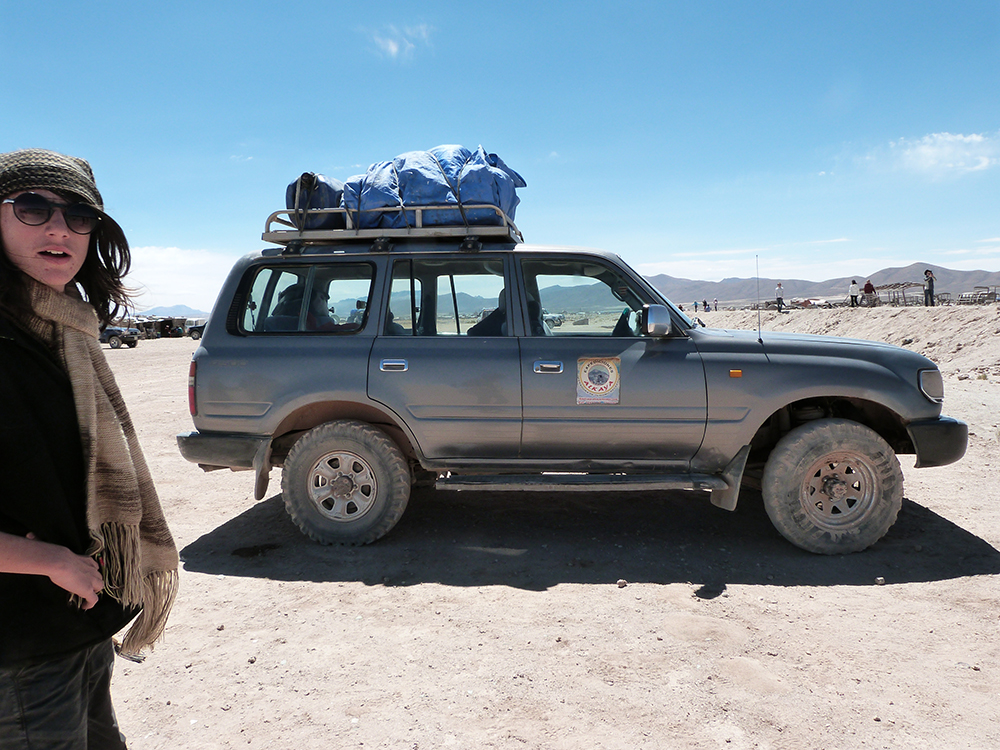 The Salar is the world’s largest salt flat, geographically it is found in the Oruro/Potosi region of Bolivia, not far from the Andes. The ancient origins of the salt flats themselves span over 10,500 square kilometers and are located 3,600 meters above sea level, and are a short 45-minute drive from the town of Uyuni.

Our guide picked us up in front of the agency at 10.30am and our first port-of-call was the abandoned trains named the ‘train cemetery’. This now touristic area was once a thriving mining and locomotive hub that connected the area to the Pacific Ocean until political instability led them to flee and leave behind their 19th-century locomotives. All that is left is a dusty barren landscape with a surreal feel to it, some opportunistic graffiti and tourists from all around the world. 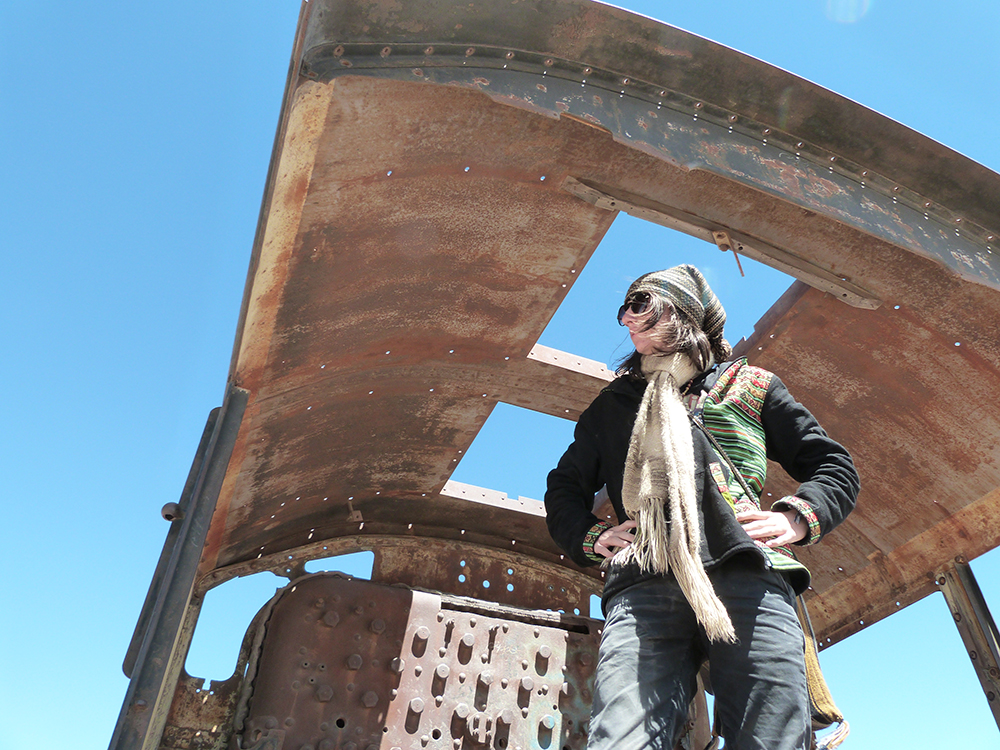 We took plenty of pictures of the abandoned trains and after a period of time headed out towards the salt fields passing through a small town named Colchani, where we were able to purchase souvenirs and mingle a bit with other tourists and chat with our tour guide.

Our next stop was the actual salt plains themselves. Let me explain: coming here is like tracking off to an unexplored world, where reality surpasses the imagination. If you have the travel gene and are looking for new experiences you will certainly find them here. You can see the Andes mountains on the horizon, and the ultra-clear blue sky we experienced was further amplified by the thin layer of water on the salt beds, that created a blindingly mirrored effect of the sky. It really is an awe-inspiring and otherworldly experience that is difficult to succinctly put into words. 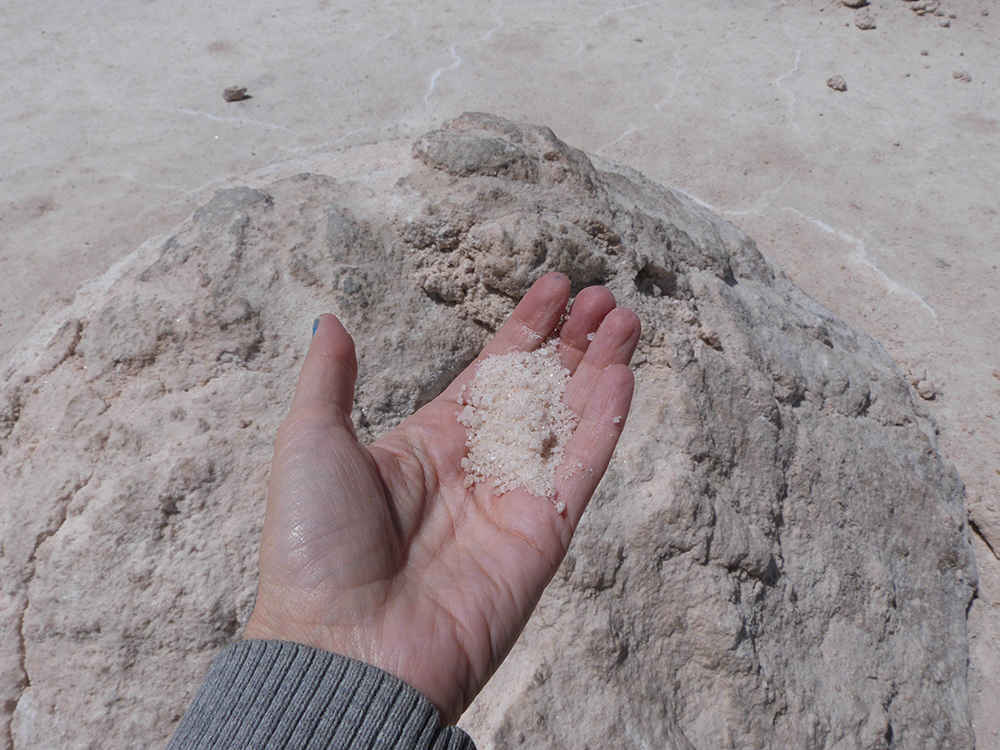 The tour guide was expertly knowledgeable on both the geographic and historical facts of the Salar. I learned many things from him. This vast salt desert was formed thousands of years ago and was once part of a prehistoric salt lake named Lago Minchín, which covered most of southwest Bolivia. After the lake invariably dried up it left behind the planet’s largest salt pan in the Salar de Uyuni. The white encrusted salts of the Uyuni are mineral rich, the main minerals are halite, table salt and gypsum (a common component of drywall), which explains how the hotel that was previously mentioned was built. 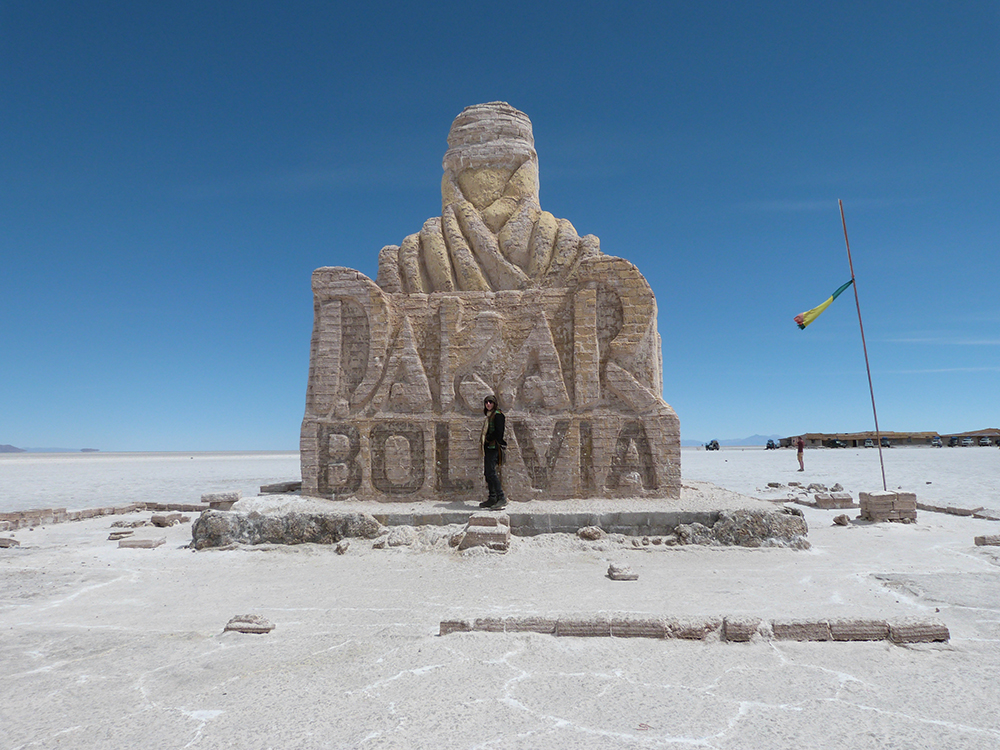 I think I took over 100 pictures just in this location alone, partly due to my amazement of this natural spectacle and partly because, well, I just had to. 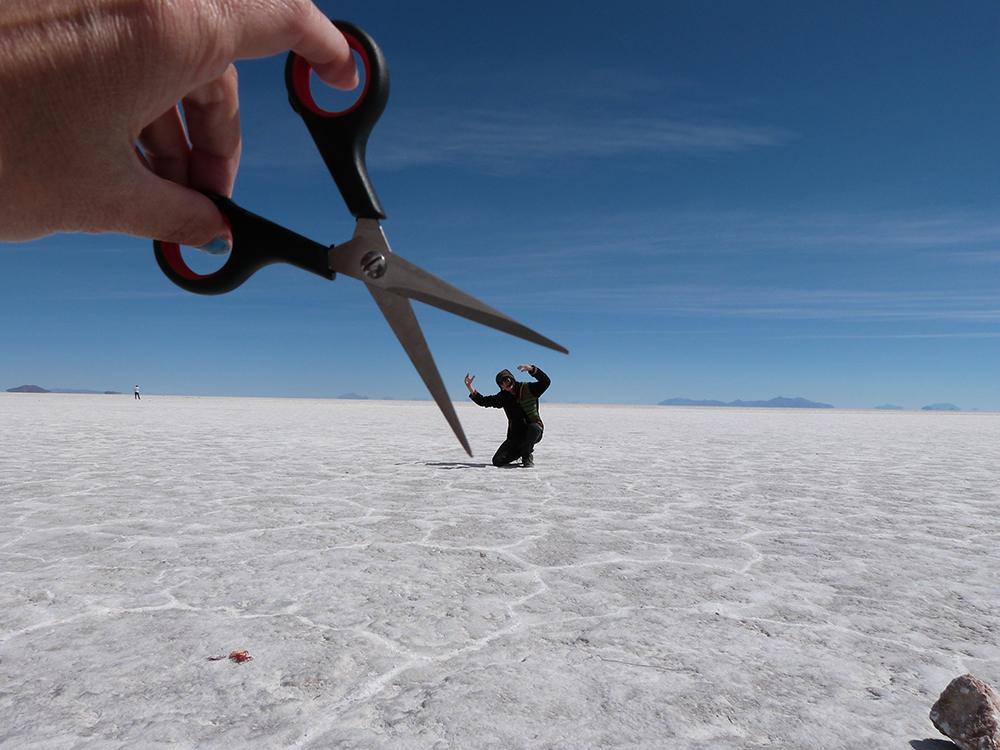 The tour continued across the salt pans to Isla del Pescado (Island of fish). An ‘island’ area that appears to magically come into sight out of the desert. Here you get to see llamas sitting in relaxed fashion among huge cacti that stretch over 9ft tall appearing almost monolithic in stature. We were also able to have lunch here while taking in the vastness of the Salar. 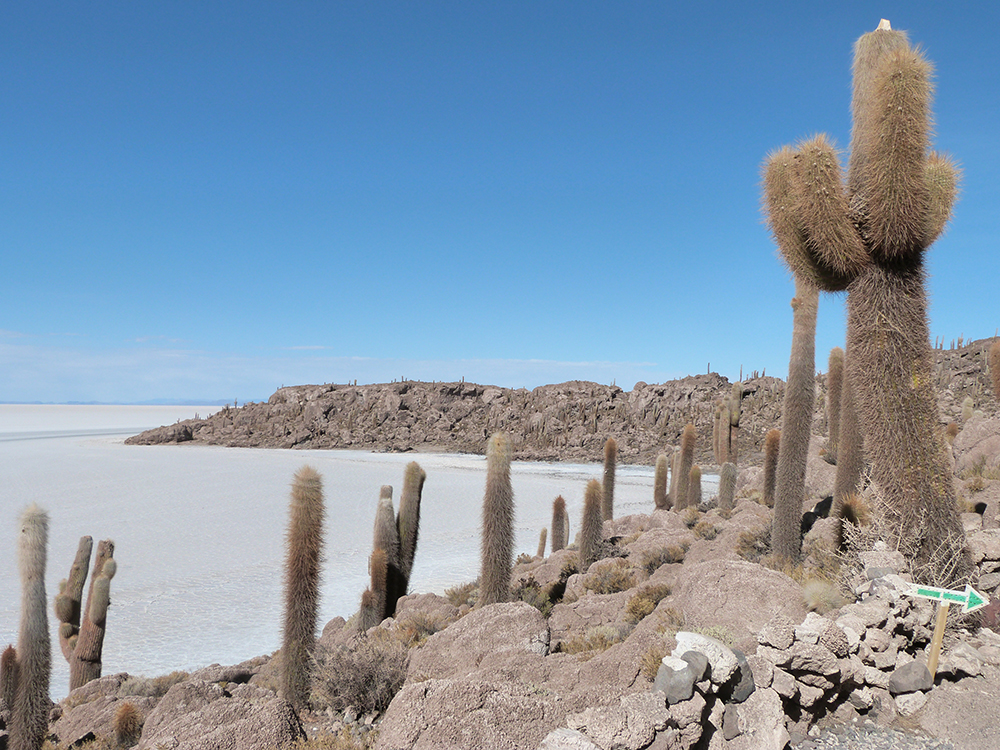 The next stop on our incredible journey is the Thunupa Volcano a now dormant volcano in the northwestern part of the Salar topographically it sits at over 5000 meters above sea level and over 1600 meters high. At the foot of this dormant natural wonder lies ‘the cave of mummies’. These caves are a local sacred spot and house over 1000 perfectly preserved mummies due in part to the arid climate. This stop is was one of my favorites, as enchanting and mysterious as it sounds.

As the dusk starts to set on the Salar, we head to our final stop, a small town and peaceful town in the furthest western point of the salt flats named Tahua where we stayed at the Tayka de Sal Hotel. This is hotel made entirely from salt bricks with locally sourced cactus wood and other things that furnished it. Here we enjoyed dinner and woke up the next day well rested. 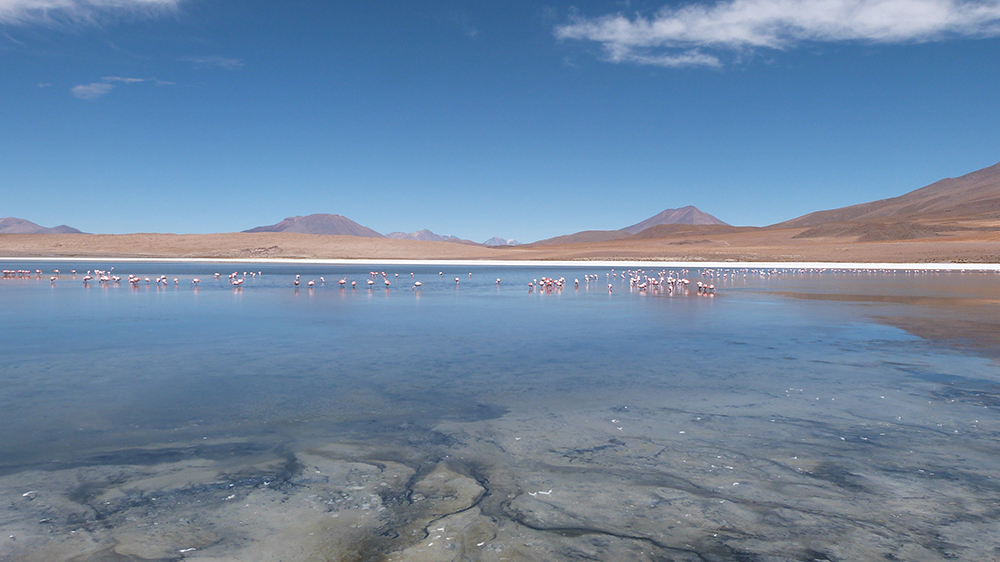 After breakfast we headed out to the many lagoons that are dotted around the Salar, which included Laguna Cañapa, Laguna Chiarkhota and Laguna Colorada where we saw wildlife indigenous to the area such as flamingos, chinchillas, Andean foxes, and Andean goose. It really is an amalgamation of the native fauna of the region including various species of wildlife and is sure to please avid wildlife fans. The lakes are as rich in color as they are wildlife, deep reds, purples and vibrant greens, caused by red pigment sediments and algae… 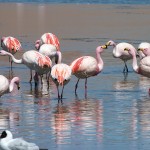 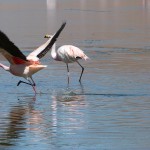 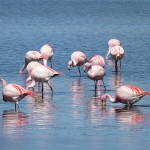 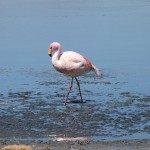 Travelers to the region will also enjoy visiting the Siloli Desert. Our first stop in this desert landscape is at the El Arbol de Piedra (stone tree). This wind-shaped tree created from stone has been shaped naturally over years, by the winds and salt that blow over the desert plains and is known to have inspired artists such as Salvador Dali in his paintings.

The day comes to a close staying at the world’s most uniquely amazing hotel: a hotel made entirely from salt. Everything in the hotel is made from salt: the tables, the walls, the chairs the ceilings and more, we tried, probably like others have before us have, licking the walls, and yes they tasted like salt! 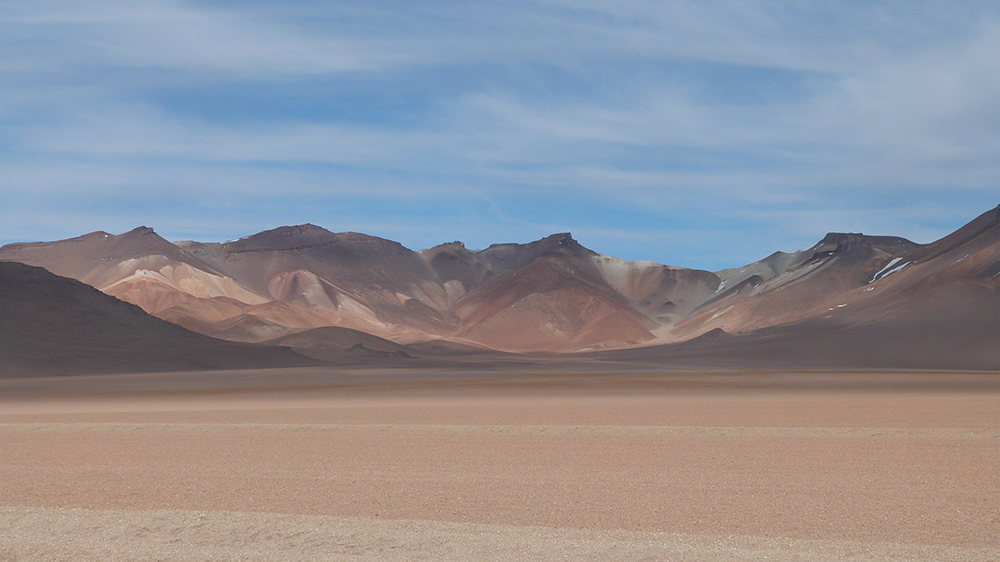 We woke early on our third and final day in order to see the Sol de Mañana (morning sun) in this geothermally active area of the southwestern portion of Bolivia. Here you will get to see steam pools, mud lakes and volcanic sinkholes, the best of which randomly emit steam over 50m in the air. 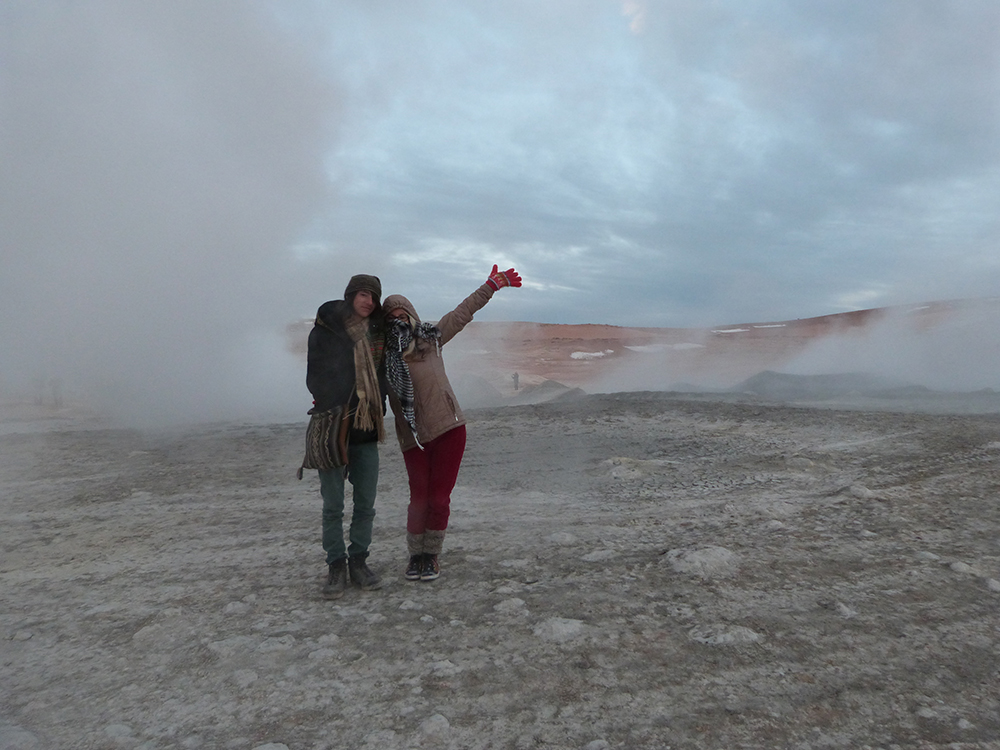 Depending on what time of the year you go the morning air can be quite chilly so it’s good to know you can get to relax in the Termas de Polques (hot springs) which produce natural occurring sulfurs and other minerals that locals pronounce to be very beneficial to those with joint problems such as arthritis. We were glad to be able to experience the healing benefits of these waters after a couple of days of traveling across this landscape. 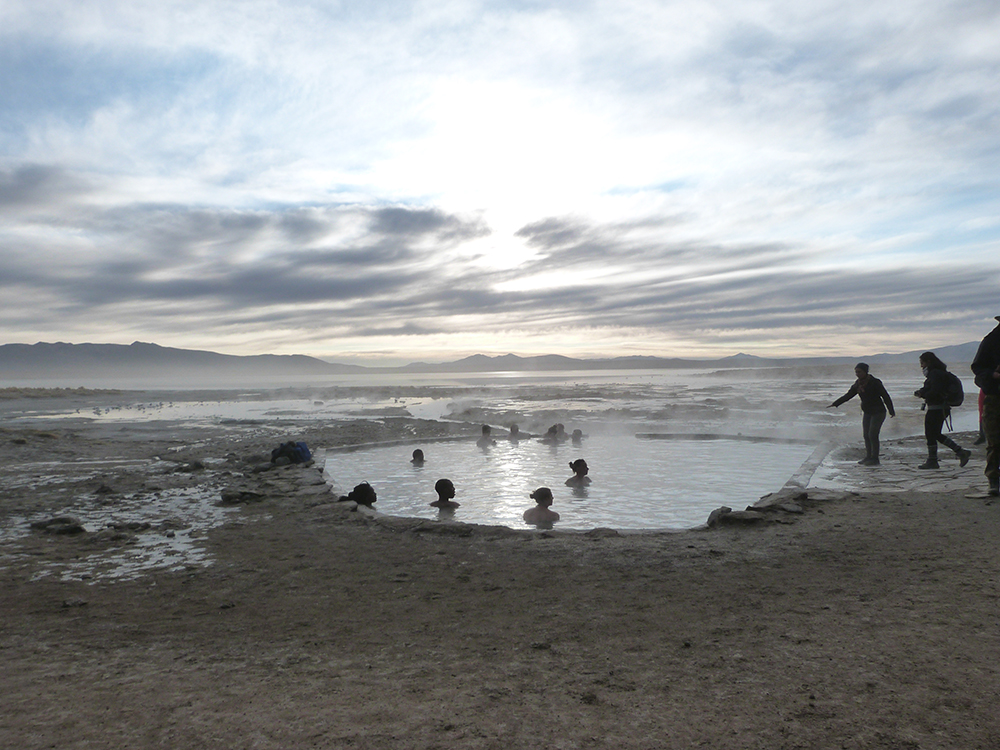 The highlights of the last day of the tour include visiting the Laguna Verde (green lagoon) which has a green-blue hue and really looks like an optical illusion in the desert. This marvelous spectacle inherits its color from the high levels of minerals such as copper and arsenic in the lake. The color is out of this world, it almost has a fluorescent tinge to it, just behind the lagoon sits the inactive volcano Licancabur Volcano. This could very well be the cherry on top for a wonderful three-day journey across the Bolivian salt pans. It really is a mind-blowing landscape and is impossible to not be mesmerized by it and forms the perfect photo opportunity! 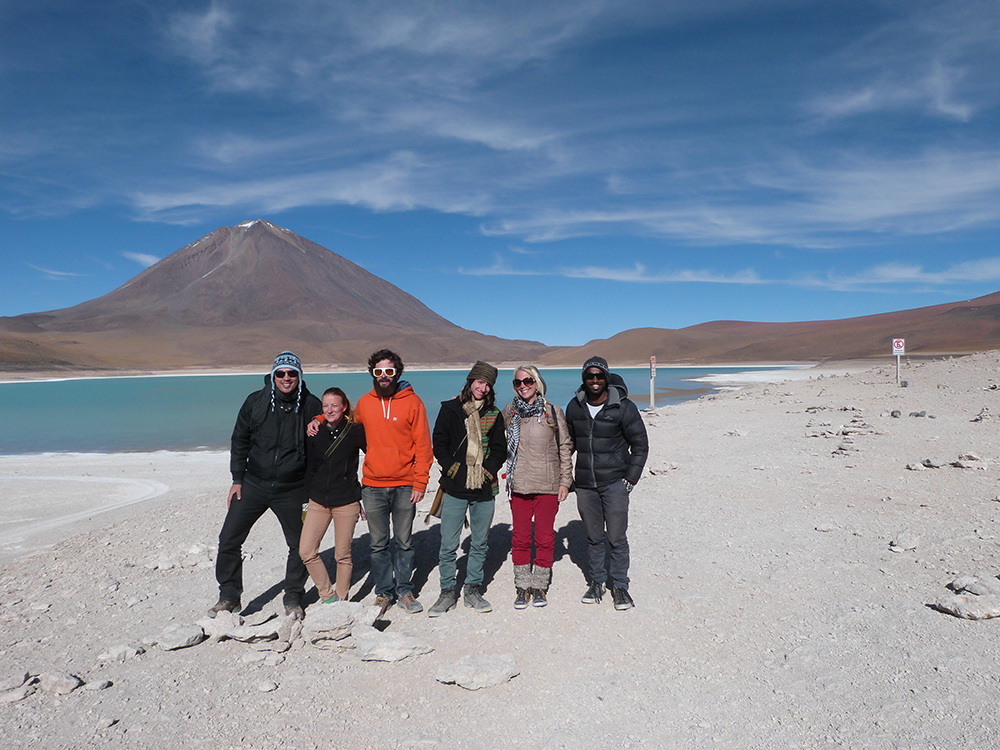 The evening will see you head back to Uyuni – back across probably one of the most inexplicably surreal and beautiful landscapes on earth, and one I will surely return to see again.

Today Lainie considers herself a digital nomad who is living a location independent life. She and her son write and podcast their experiences from the road at Raising Miro on the Road of Life.
Read More Share
How to Get a Great Deal When Planning Luxury Hotel Stays
A Journey Through Medieval Perched Villages in Southern France