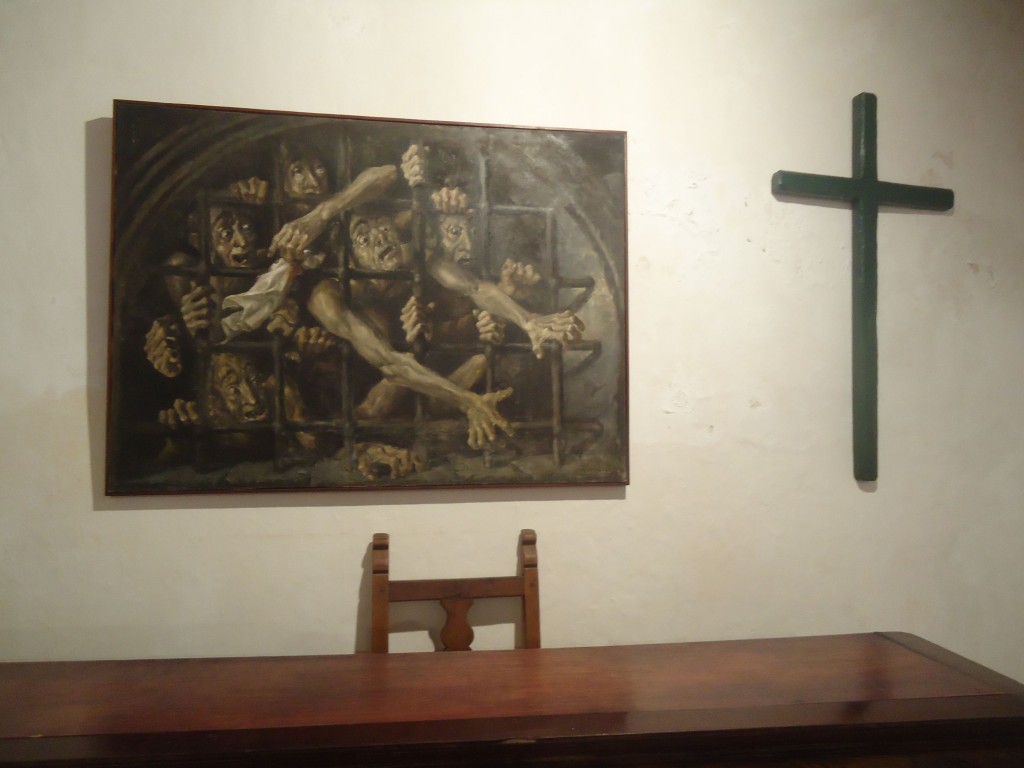 Miro and I stumbled into the museum commemorating the history of the Spanish Inquisition as it took place in Colombia centuries ago.

I am not sure what I expected, but I didn’t actually expect a torture museum, perhaps a lighter version of something resembling the comedy of Monty Python to amuse me, to make light of the atrocities that took place during this dark period of humanity…  or maybe I just wasn’t thinking.

The sign outside said Inquisition AND Historical Museum of Cartegena so I must have thought it couldn’t be that dark. But there was no comedy found in the objects that were on display and perfectly preserved for visitors to ponder. Just the cold reality of a very brutal history. 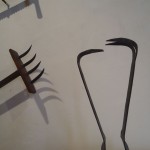 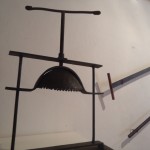 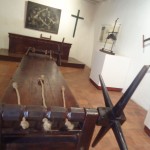 I recalled walking through the Gotic Barrio, in Barcelona nearly 20 years ago. I ended up on a dead-end street, staring face to face with a wall used as the back drop of public executions, still riddled with bullet holes shot from the barrel of soldiers pistols of many centuries ago.

I recalled my friend telling me that we were standing in the very place citizens of Barcelona would come to witness these public executions. I remembered feeling chills run through my body as I learned about the historical significance of where I was standing. I remembered sensing stored emotions of sorrow persevered in the surrounding stone walls.

It was an eerie feeling, sensing emotions that weren’t my own, but rather a collective terror experienced many centuries ago. I remembered feeling very uneasy then, equal to how I was feeling today, in the museum of the Spanish Inquisition in Cartegena.

In Cartegena, the museum is called Palacio de la Inquisition y Museo Historico de Cartegena. However the location is where the inquisitions actually took place in the early days of the city.

The building itself is a beautiful example of late – colonial architecture dating from the 1770s with an impressive baroque stone gateway located at the end of an impressive plaza. The architecture enticed us to enter, but once we did, there was no doubt of the heaviness of the historical significance contained within it’s walls. 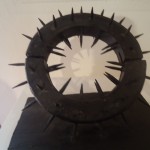 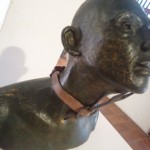 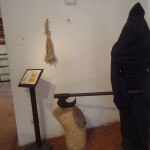 We entered the museum and immediately read the list on the wall (in English ) the questions asked during the inquisition to the suspected witches:

1. Since when have you been a witch?
2. Why did you become a witch?
3. How did you become a witch and what happened on that occasion?
4. Whom di dyou choose to be your partner?
5. What is his / her name?
6. What is the name of your master amongst the evil spirits?
7. Which is the oath that you have had to render to him?
8. How and under what terms have you done it?
9. What fingers did you have to rise?
10. Where did you celebrate your wedding?
11. What demons and people attended your wedding?
12. What foods did you eat?
13. How was it served on the table?
14. Where you also sitting down at the table?
15. What kind of music was played? What were the dances? Did you not dance?
16. Who was assigned as your partner at the ceremony?
17. What mark did your partner make on you on your body?
18. What evils have you caused? To whom and how?
19. Why did you cause this evil?
20. How can it be remedied?
21. What kinds of herbs, potions and other means can be used to cure that curse?
22. To which children have cast the spill of the “evil eye” and why have you done it?
23. What animals have you killed or put under a curse? And why have you done it?
24. Who are your associates for / in evil?
25. Why does the devil strike you blows at night?
26. How do you compose / prepare your ointment or witches brew?
27. How can you fly through the air?
28. What words do you pronounce when you fly?
29. Are you flying so fast?
30. Who has taught you to fly?
31. What worms and caterpillars / slugs have you created?
32. What do you use to make these harmful / malicious animals (worms, caterpillars and slugs) and how are they created?
33. Has put the devil a bow / ribbon on to your curses / oaths?

I have a difficult time comprehending the inhumanity inflicted upon the the people of this time.

Thousands upon thousands of people perished all over the world by not answering these questions in some form or another, correctly.

Can there really be a correct answer to any of these questions? The instruments were designed, fashioned and used to inflict maximum pain and illicit a confession. I predict these methods were not successful and by virtue of being accused, you were handed your death sentence.

Today Lainie considers herself a digital nomad who is living a location independent life. She and her son write and podcast their experiences from the road at Raising Miro on the Road of Life.
Read More Share
Flags at Half-Staff in Pennsylvania
Sleepy Scarborough Hypnotises with its Laid-Back Atmosphere