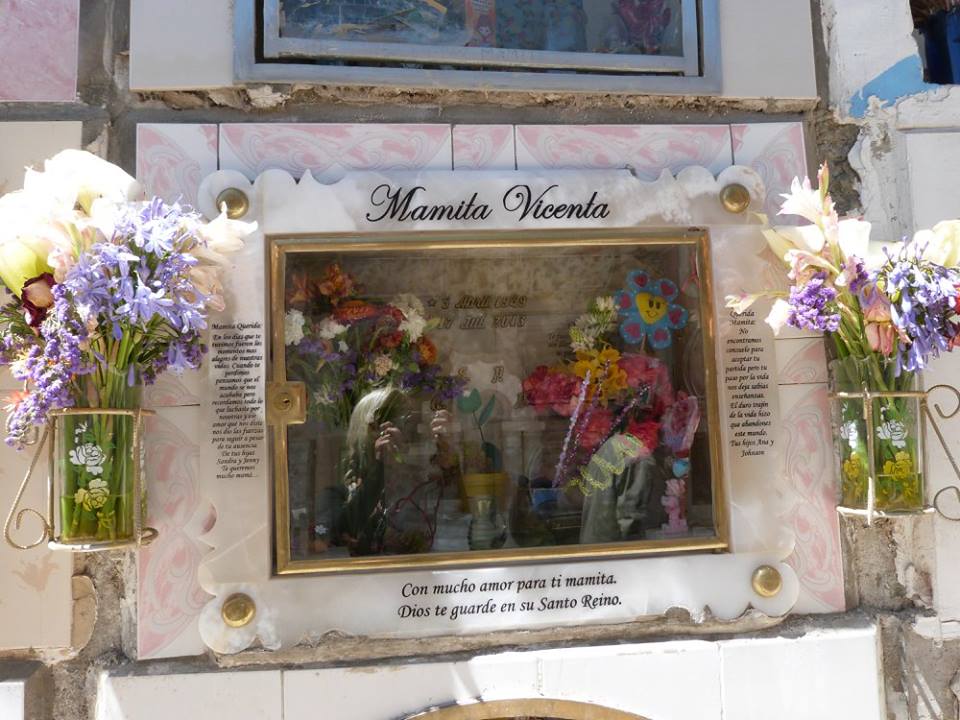 While a cemetery visit may appear to be a surprising “tourist” suggestion, we found the site fascinating, full of history, tradition and a great understanding of the Bolivian culture.  Our visit to the cemetery was accidental as we stumbled upon the site without prior knowledge. 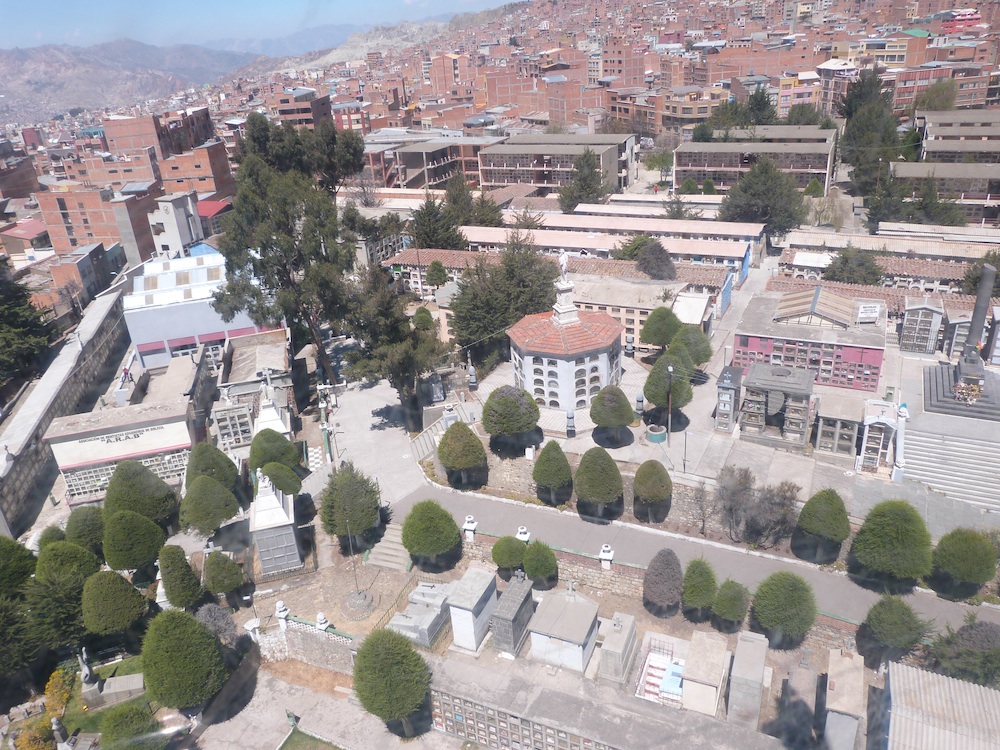 One afternoon, Miro and I set out to explore the sprawling city of La Paz from above, riding the modern teleferico transportation system, built with precision by a Swiss company. Miro and I both were engaged in the the incredible birds-eye view of the grand city, peeking into the neighborhoods below. We sat speechless most of the time, drinking in the sites below, rooftop laundry lines, unfinished brick homes, dogs and children playing on the surrounding streets. We noticed the imaginary lines dividing the neighborhoods by class, illustrated by collections of structures and their state of completion. 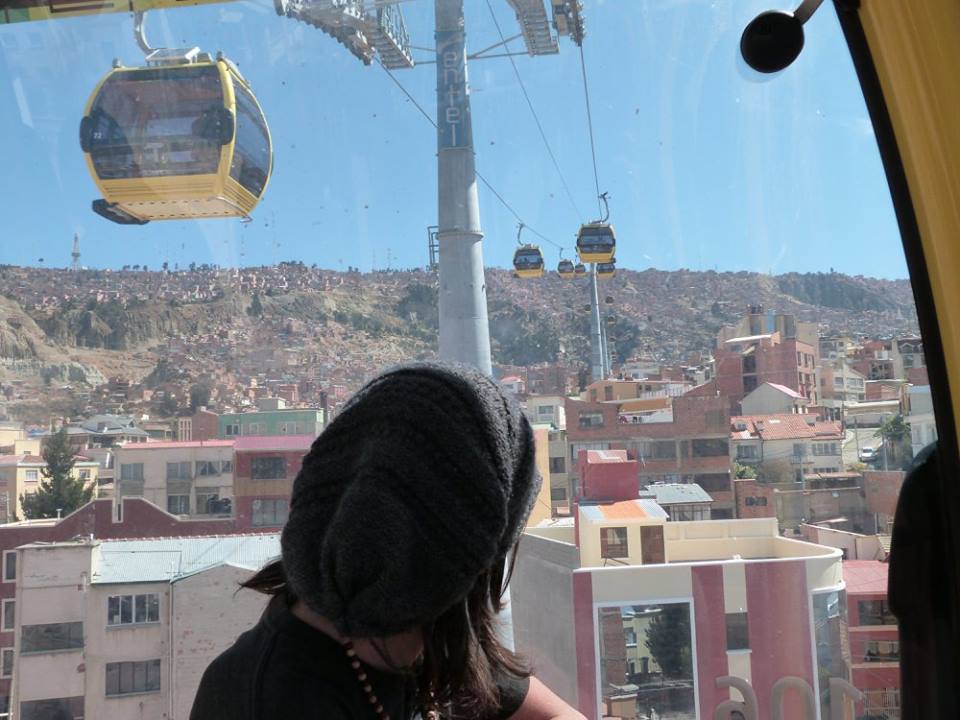 Miro and I rode the yellow and green lines, and the last line we set out to explore was the red line. As we approached the “cementerio” station, we saw below us the enormous sprawling grounds filled with rows and rows of concrete tombs.

We exited the teleferica and crossed the street to the main cemetery entrance. 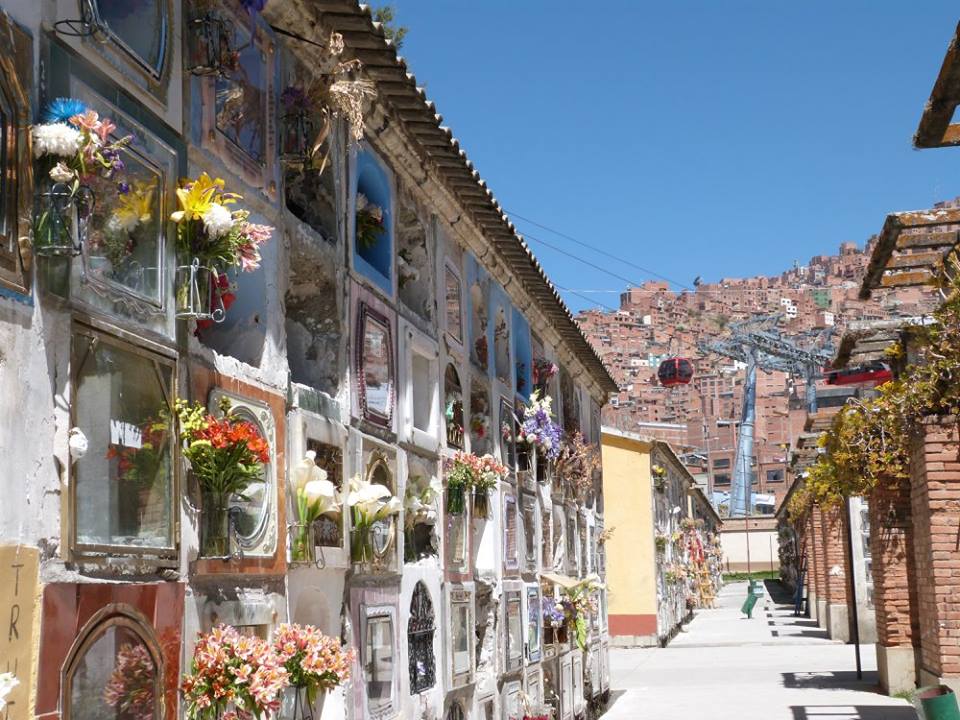 This is no ordinary cemetery, and we’ve stumbled across dozens on our travels from Mexico to Peru. But the sheer size of the grounds of La Paz’s cemetery is incomprehensible.

The following information we found based on our research after the fact, but like all normal worldschooling adventures, we were inspired to learn more, research and really go deeper. 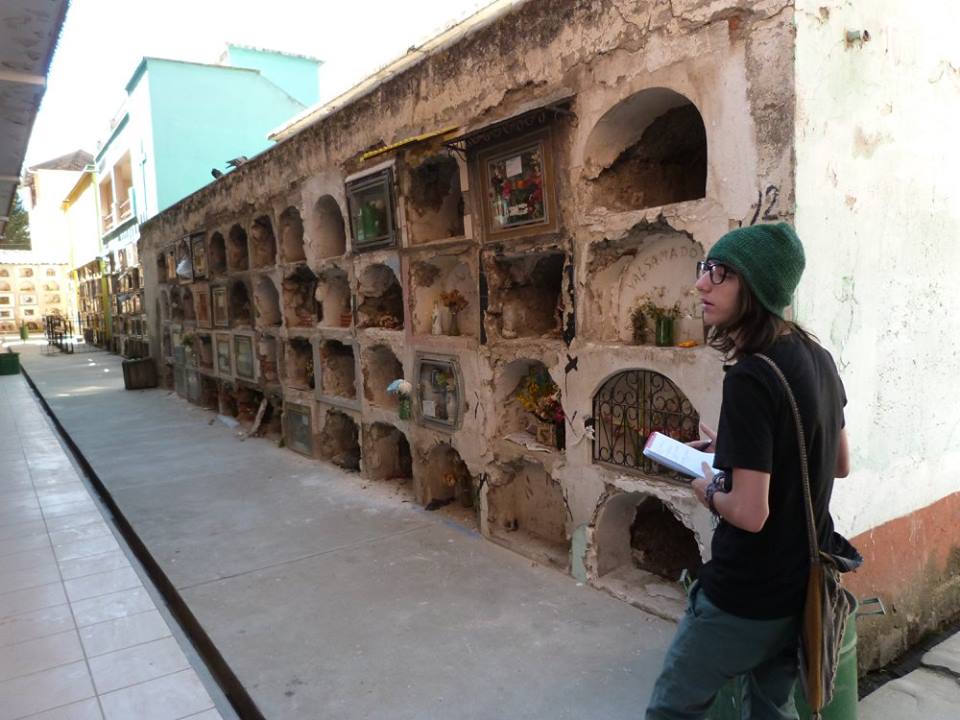 The cemetery had been a burial place for at least a hundred years in the city of La Paz. It was thought to have been built sometime around the turn of the century. The Bolivian government took control of the informal grounds in the 1930s or 40s as a public facility. The purpose was to provide a decent burial ground for the poor who did not have the land or resources to bury their loved ones. 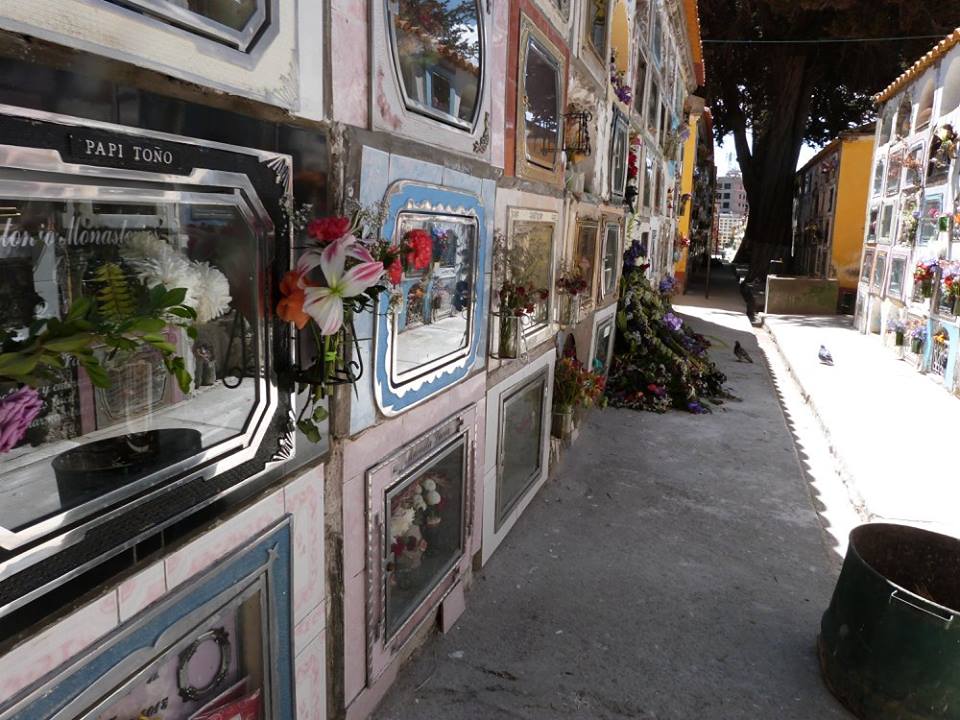 The cemetery is located within the heart of city center, covering an area of about 3km. There are no ground burials or grave sites with the exception of two that we saw, who belonged to a famous Bolivian writer and a famous Bolivian musician.

Instead of grave sites, all bodies are stored in concrete structures with about 6 tombs stacked high and about 30 across. There are endless rows of the buildings as far as the eye can see. The unique design of the cemetery makes it look like a 3-acre apartment complex. 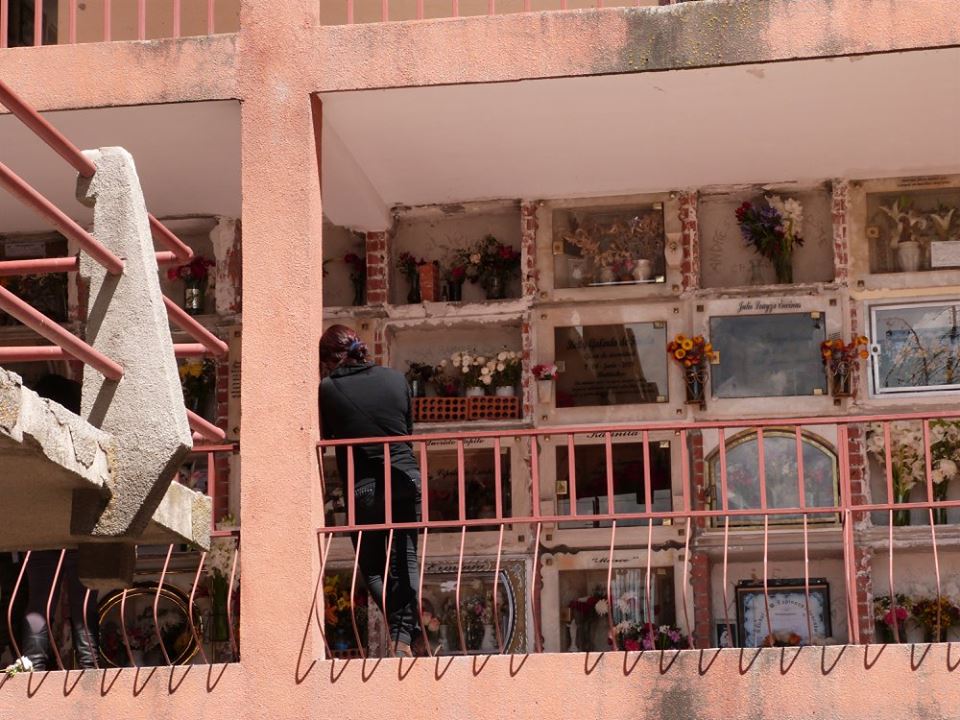 According to my research, initially the grounds seemed sufficient to contain the number of tombs for La Paz’s population. But after several decades it became over populated. To ensure that there was enough space, the administration decided that the deceased remains from the grand tombs would be stored for 10 years. After which, the remains would be removed from their resting place and cremated. Then their ashes would need to be collected by the family and transferred to another building containing smaller compartments with glass door tombs.

(Unfortunately I did not find information answering this question “what happens to the ashes of the deceased if the family does not claim them?”) 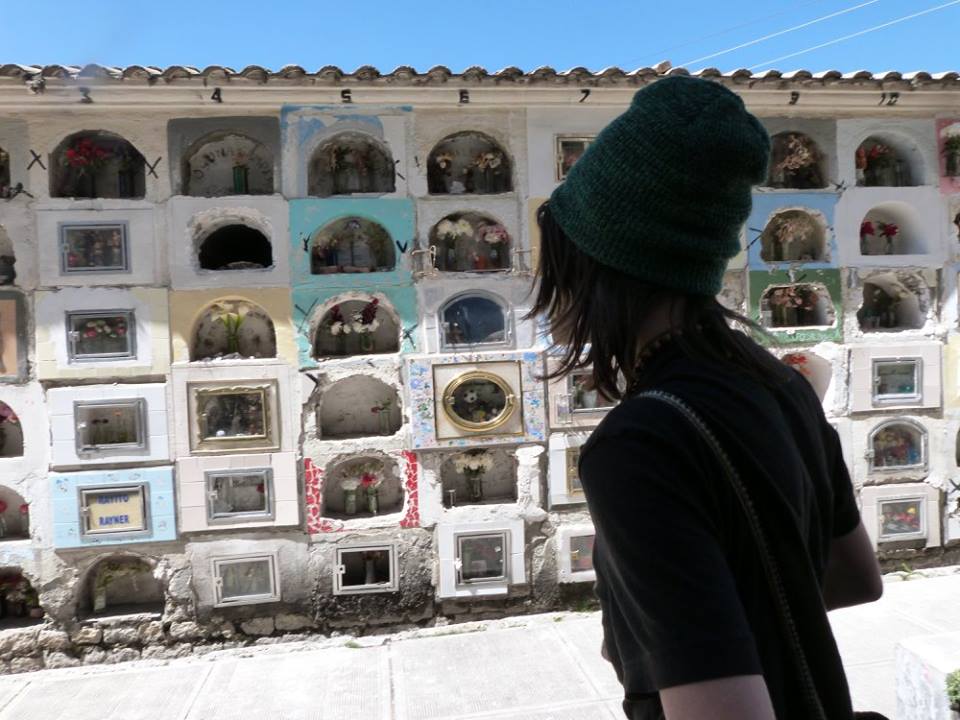 Taxes. As above, so below.

As Miro and I strolled through the grounds, we noticed receipts of rental agreements on the face of the tombs. Some indicated the rent was overdue, others indicated the debt was canceled. And as the lower income families worry about their livelihoods, they must too worry about the monthly rent for their deceased loved ones… After all, the final resting place is not actually final, in La Paz.  On a normal day visitors will find a few people coming to the cemetery to bring flowers, updating the offerings and taking care of the space of their loved ones. There is a deep tradition within the Andean culture to care of the soul of the passed on family member and most grave fronts within the cemetery display this dedication. 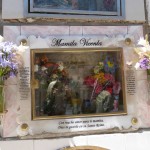 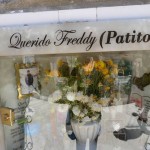 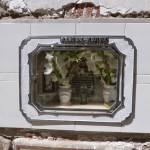 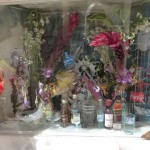 According to research, the most interesting time to visit the La Paz Cemetery is in November when they celebrate the day of the dead. The Bolivians have a strong belief in the power of the dead and on 2nd November they have an entire celebration dedicated to the dead. The colorful ceremony takes place at the La Paz Cemetery where locals carry actual human skulls, either of a loved one or for a favorite dead person but the majority do not even know the owner of the skull, it was just passed on to them. 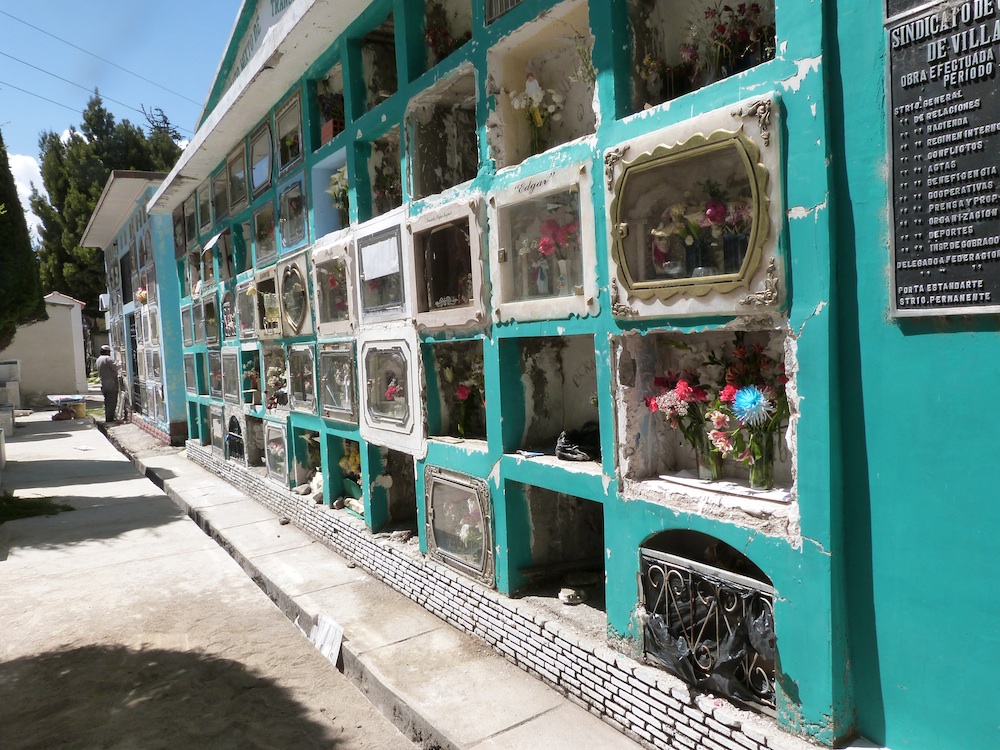 This celebration involved dressing up the skull in headgear, decorating them with flowers and making offering to them. It is a time to worship the dead and ask for protection and favor. This celebration has its roots in the indigenous population, but it has been embraced even by the Catholics. On the day of the dead, you may find a few skulls carried into the nearby local church for the cemetery.
Towards the night, you may witness a real party being thrown at the cemetery as some people like to carry on the celebration in a more modern fashion.

As we mentioned, to get there, take the teleferico red line and get off at the cemetery station. I have read, there are also walking tours throughout La Paz where you can see a number of landmarks including churches, Plaza Murillo (with the backwards clock Miro writes about in this post) museums and of course, the cemetery.

Some facts about the cemetery include: 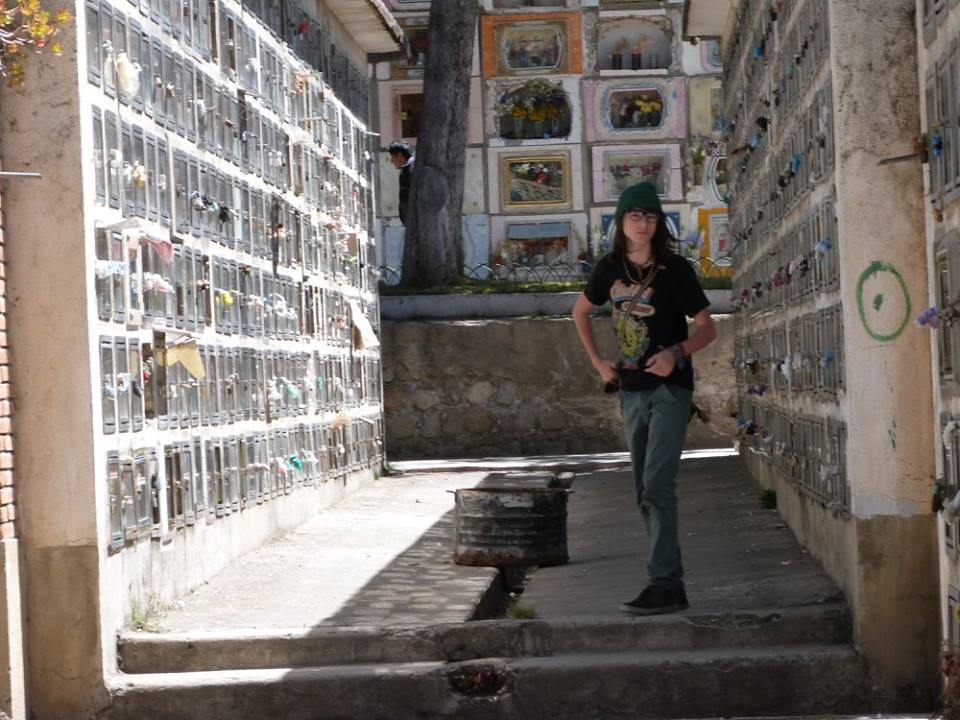 Finally, I leave you with a short poem Miro wrote inspired by our visit:

Closing epitaphs;
a chapter for the mourning,
book’s final pages.

An extension of
sagacity from beyond
the earthen decay.

Today Lainie considers herself a digital nomad who is living a location independent life. She and her son write and podcast their experiences from the road at Raising Miro on the Road of Life.
Read More Share
An Archaeological Excavation or Scientific Voyage Can Be Transformative!
Spectacular Taiwan Skies During the Golden Hour