We recently relocated to Montañita, a quaint little beach town on Ecuador’s coast. Not far away, we were excited to discover a truly unique cultural and historical destination just an hour outside of Montañita. 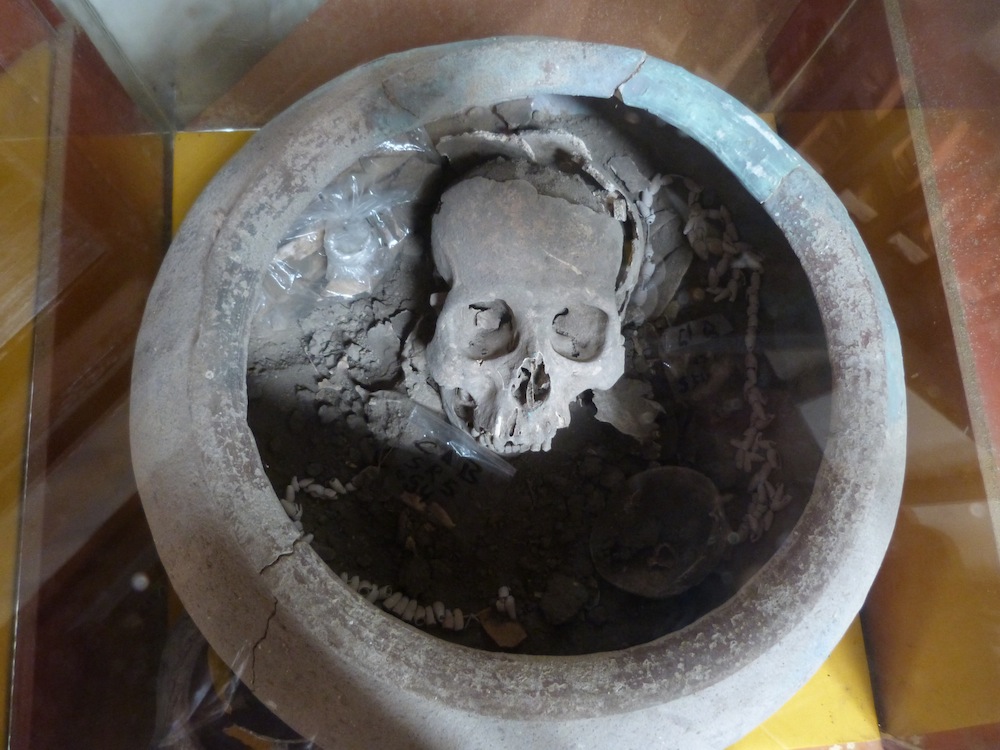 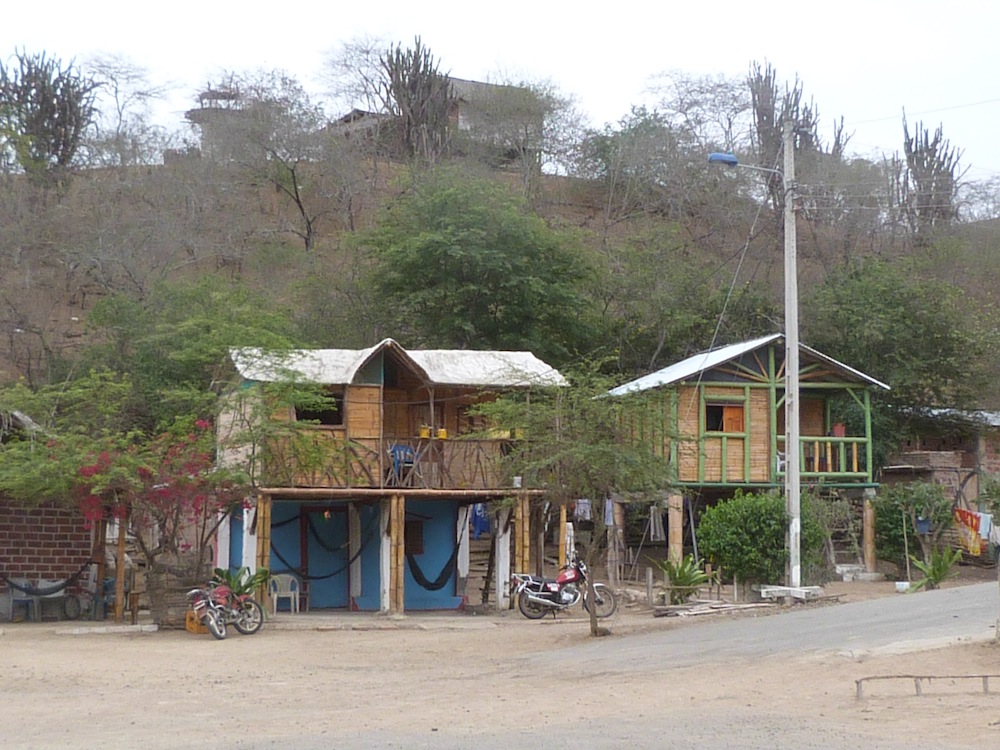 The village is the site of several not so well-preserved archaeological ruins from the Mantena culture of around 800 to 1532 A.C. It’s a functioning indigenous village that has colonial ties, and very interesting to see. Most tourist visit Aguas Blanca for its therapeutic mud and sulfur water pool, said to have many medicinal healing effects. 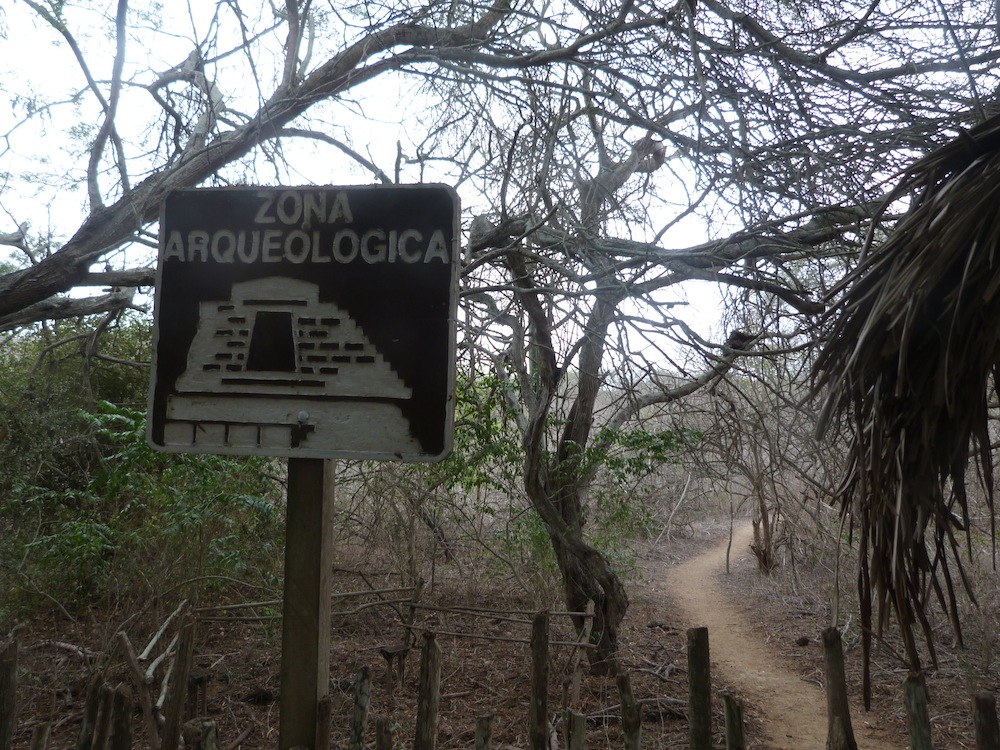 The History of the Agua Blanca Community 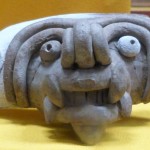 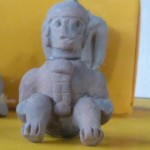 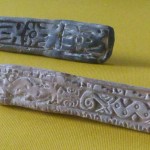 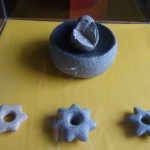 Manteno settlements are known by their large stone foundations and typical pottery. At Agua Blanca, researchers have found U-shaped stone chairs that have humans and animals carved into the bases. Some researchers believe these figures represent shamanistic significance. Others hypothesize the chairs may have been used to distinguish positions of power. Also large intact pottery urns have been found containing the bones of the deceased community members that have been dressed in finery and jewels. 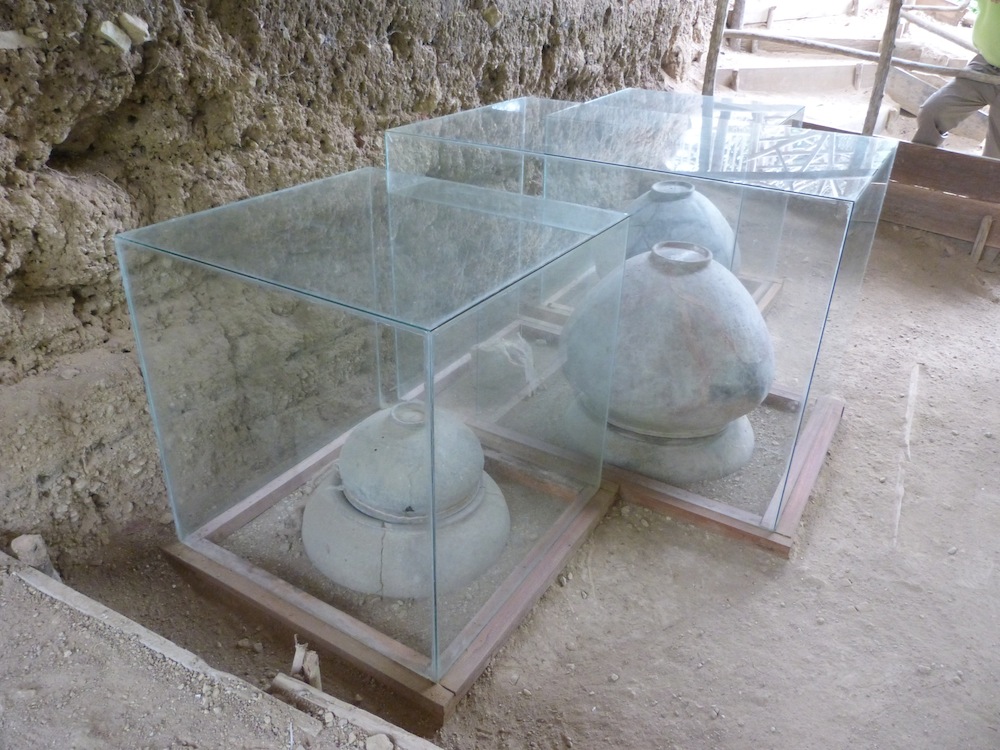 We took a bus to the Puerto Lopez from Montanita, about a 45 minute bus ride. Once we arrived in Pto. Lopez, we found a taxi who took directly to the village for $5. 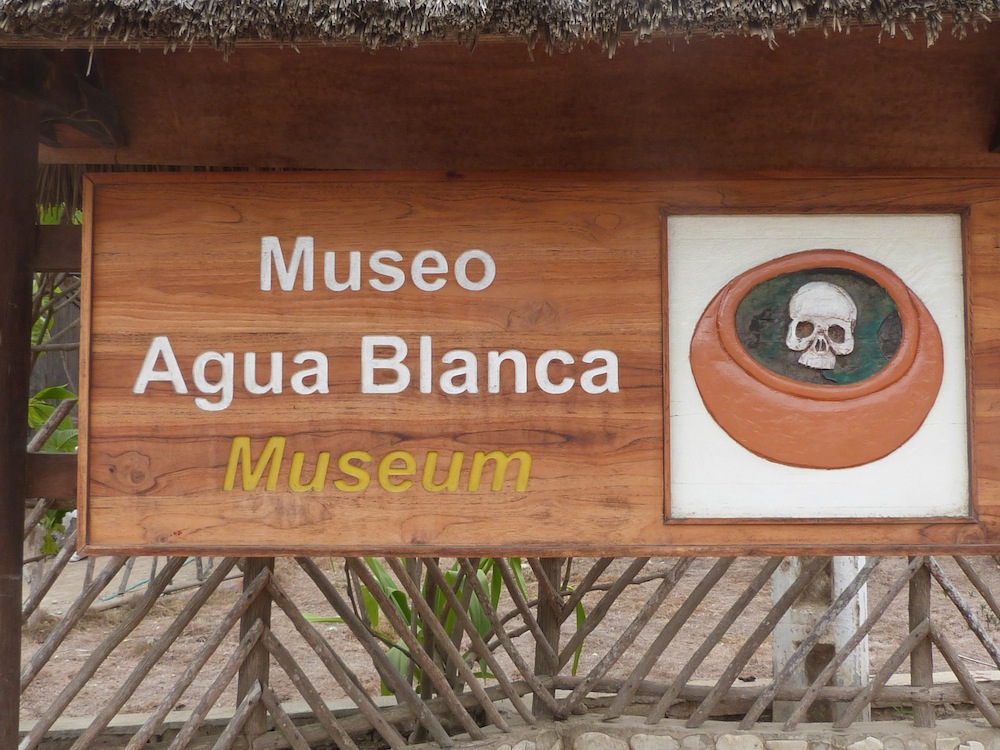 The local archaeological sites and museum are a highlight to the visit. This day trip can be comfortably planned either from Guayaquil, as long as there is an early start. The Museo de Agua Blanca: Arqueologia is open from 9 am to 5 pm everyday. 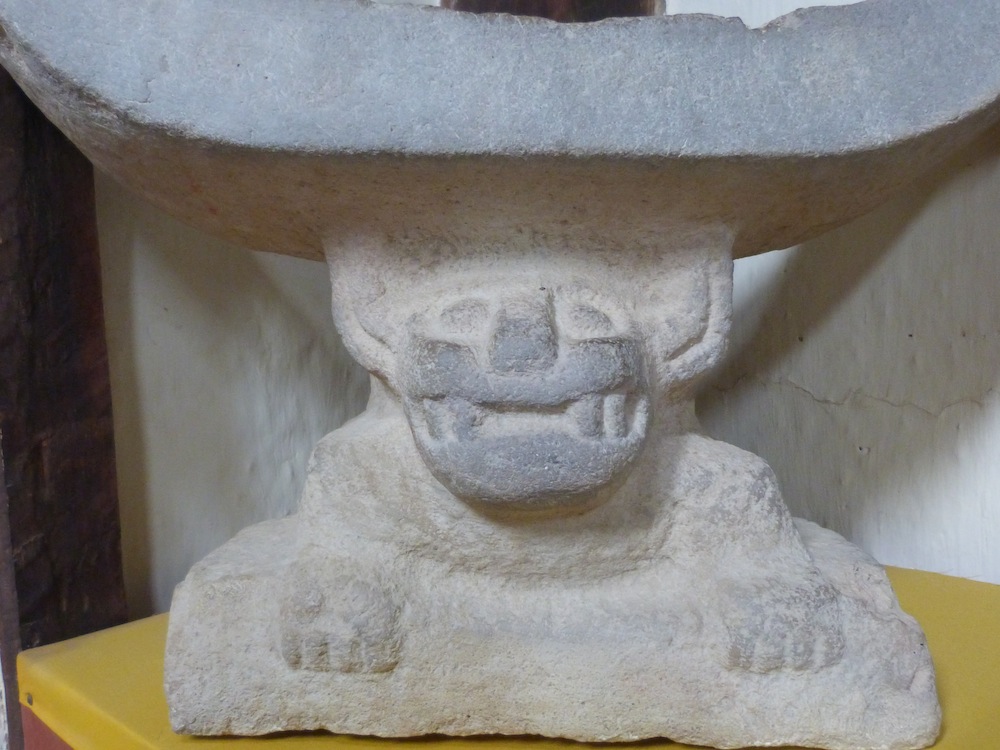 Once we arrived at the parish, we toured the museum, containing artifacts from the immediate area, spanning thousands of years. Afterwards we were guided through the township sites, seeing the location the intact urns were uncovered after a heavy rainfall, ruins of temples, houses and squares, the farm land with indigenous plant, trees and flowers and finally the thermal water lagoons. The famous lagoon of sulfur water in the Valley of the Rio Buena Vista is generated from volcanoes, and is believed to have healing properties for the skin. The valley is a birdwatchers’ paradise, a place to spot motmots and horneros among others.

The hike through the township took us an hour and half, allowing us to get a glimpse into the daily lives of the locals. About 52 families live in the community today and many of them are tourist guides. 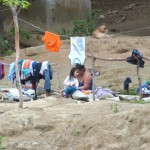 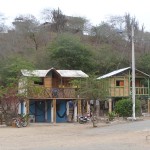 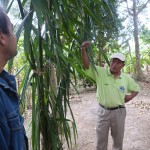 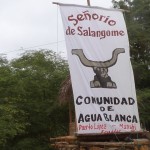 Our hike ended up at the thermal baths, where we were offered a message with palo santo oil (which is related to Frankincense), a cup of healing mud to rub over our skin and a dip into the natural mineral pools. 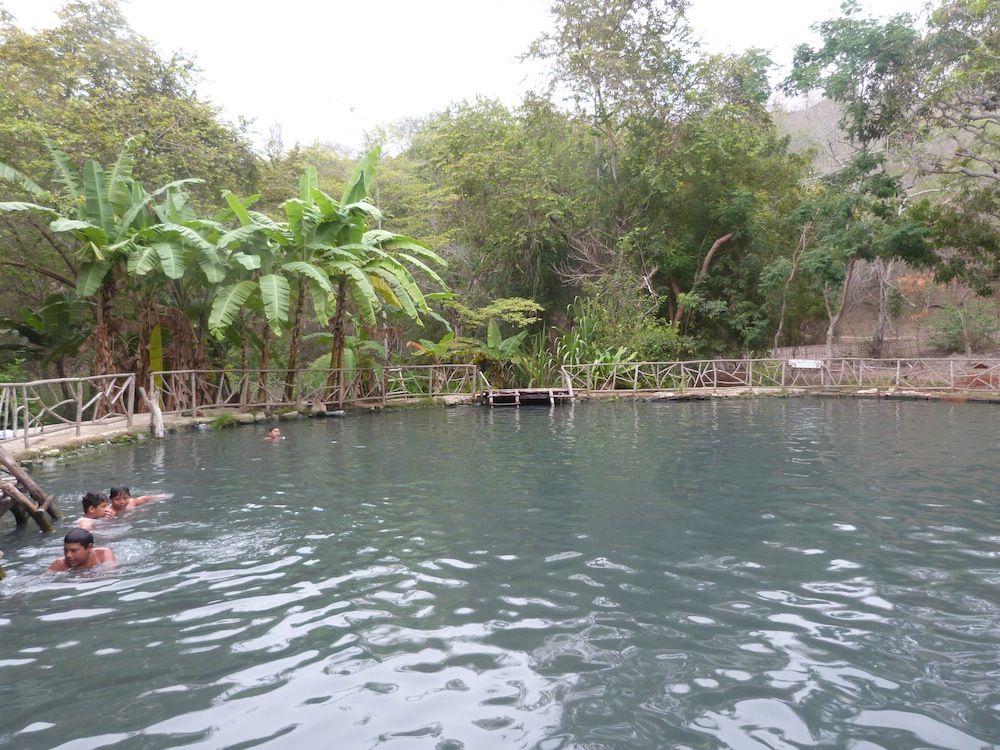 The community also has camping areas and cabins with single, double or triple rooms for visitors who want to stay overnight. There is no hot water there, but there are restaurants for meals and you can also choose to eat with a local family for a more intimate experience of the community.

Today Lainie considers herself a digital nomad who is living a location independent life. She and her son write and podcast their experiences from the road at Raising Miro on the Road of Life.
Read More Share
Rhinebeck New York, Where Dutch History Meets Natural Beauty
The Quirkiness of Japan's Sakaiminato in the North