What if you felt like you belong to the world, rather than one country. What if you didn’t feel alliances with a particular nation, even your country of origin?

Should a person have a choice to declare themselves a global citizen? Could they self proclaim alliances to humanity instead of a one country? If so, then wouldn’t the world be their home?

“As long as there are sovereign nations possessing great power, war is inevitable. There is no salvation for civilization, or even the human race, other than the creation of a world government.”
~Albert Einstein

Within our current system of borders, taxes, citizenships, laws, rules all requiring passports to identify where an individual belongs, could this be possible?

What if there was a world passport, allowing a person to travel freely across the globe, not proclaiming alliances to any one country, rather proclaiming alliances to humanity instead? Admittedly so, I am an idealist, I even have Utopias dreams, and I am an optimist that humanity can actually come to terms with it’s own fears. I have seen models fleshed out that could work, like the Venus Project, which gives me much hope.  I assume among some of you who are reading this are inspired to chime in immediately with the “why nots” and the “what’s wrong with…” but that is not really what this article is about. It’s about the ideal of realizing that global citizenship is possible and with much hope, looking at one possibility to realize this dream.

Well there is one organization who believes this should be possible. They are called World Government
of World Citizens and they offer a World Passport.

What is a world passport?

From Wikipedia:
The World Passport is a document issued by the World Service Authority, a non-profit organization founded by Garry Davis in 1948,[1] citing Article 13, Section 2, of the Universal Declaration of Human Rights. The latest edition of the World Passport, issued January 2007, is an MRD (machine readable document) with an alphanumeric code bar enabling computer input plus an embedded “ghost” photo for security, printing covered with a plastic film.

I am intrigued by this idea, think we are going to apply for the passport, for symbolic reasons, similar to my legal name change  to “Liberti” (liberty).  I signed up for the newsletter and this is a copy of the message I received whose ideals and reasoning accurately mirror  my own: 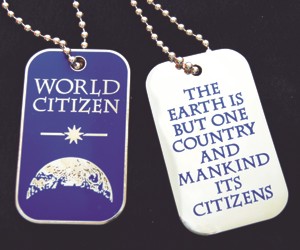 Whether we know it or not, we live in a global village and are citizens of the world. We live in a world of nuclear weapons in which thousands of children die daily due to malnutrition-related causes. Despite their importance as global issues, human rights and the protection of the environment are systematically violated and neglected.

World peace, ecological sustainability and human rights are our concern as human beings. The failure of the international community to respond to the global crisis is well known. It is past time that we as human beings recognize THE global society based on just world law and human rights. The World Government of World Citizens is a vehicle to legitimize such an actual world.

Founded by world citizens in 1953, the World Government of World Citizens is the global representation of registered world citizens. The World Government is a people- based endeavor in the process of building a minimally centralized, sovereign, and democratic global government with appropriate organs to secure peace through world law and to protect fundamental human rights, the rights of ethnic and social minorities, as well as ecological rights as defined by the growing body of declarations and covenants from the United Nations and other global and regional forums. 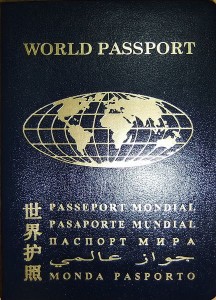 The World Service Authority (WSA), the administrative branch of the World Government of World Citizens was founded to aid in the implementation of universal human rights. This entails assisting people in understanding that, as human beings, we are endowed with human rights and we must claim them. As part of its mission, the WSA issues global human rights documents, the most requested of which is the WSA World Passport. Issued in accordance with Article 13(1) and (2) of the United Nations Universal Declaration of Human Rights, it is an effective tool to facilitate the implementation of a fundamental human right — the right to travel. Unlike national passports, which are the property of the issuing government, the WSA passport is the property of the bearer representing him/herself as a human being, not as a national subject. However, one does not have to give up his/her national passport or citizenship (if he/she has one) to obtain a WSA passport. Many individuals carry both passports and use one or the other depending on the situation. In particular, the WSA passport has been recognized de jure (officially) by 6 countries (Burkina Faso, Ecuador, Mauritania, Tanzania, Togo, and Zambia) and de facto (on a case-by-case basis) by over 140 countries.

As a not-for-profit organization, funded exclusively by donations and nominal issuance fees for document processing, the World Service Authority maintains an autonomous, neutral status. The purpose of this electronic forum is to maintain contact with many of the hundreds of thousands of registered world citizens as well as any other people interested in evolving world peace through world law via a democratic, sovereign government of world citizens.

Any constructive contributions to this forum are most definitely welcome, because we would like to establish a rich and participatory exhange of ideas regarding human rights, world citizenship, and world law. 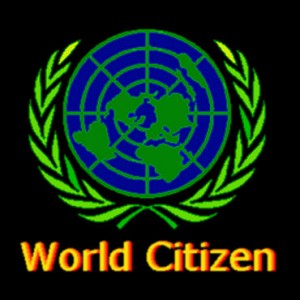 We promise to keep you posted!

We actually produced a podcast about global citizenship called  Podcast Episode #20 – Passport to Global Citizenship If you haven’t listened to it, we would love for you to hear it and let us know what you think.

We have also written a post exploring what global citizenship means here. It’s an intriguing topic and something I would like to explore further. My greatest fear though, is replacing a sovereign citizenship with a corrupted ‘world citizenship’. I am not suggesting that the organization we talk about in this article is corrupt in any means as it’s founding ideals and principals resonate with me on a deep level, I am just expressing a general fear of replacing one flawed system with another flaw system.

Today Lainie considers herself a digital nomad who is living a location independent life. She and her son write and podcast their experiences from the road at Raising Miro on the Road of Life.
Read More Share
DEMOfall 2011: From Online Death and Fashion Augmented Reality to Music Robots and Reid Hoffman
What Does Facebook’s New Subscribe Feature Really Mean?