Chiclayo, also known as the “city of friendship”, is located near the northern coast of Peru. It is the fourth largest city in Peru and probably the most modern. Its sunny climate, desert oasis and fresh sea breeze are pretty welcoming. The city offers its visitors a number of tourist attractions, from cultural sites to natural wonders. The ancient history from the area adds color to Peru’s already stunning legacy.

During our last trip to Chiclayo, Miro and I  visited Túcume, Museo Tumbas Reales de Sipan, Lord of Sipan tomb, Ferrenafe Musuem, Museo Sicán, and the Brüning Museum in Lambayeque.

This time, according to Miro, he has already visited all the sites and remembered having a cultural overdose last time we were there. So this time, with our 8 hours layover, he said “NO WAY ” to revisiting any of the same sites.

Our first visit was to the capital of Sican culture, the complex of Túcume. The site is located 35 Kilometers from the Chiclayo. It is believed that Túcume was built later after the Sicán abandoned and burnt their capital of Batán Grande in A.D. 1050. Commonly referred to as Valle de las Pirámides, the area is easy to understand mainly from the lookout on Cerro Purgatorio. This offers an excellent view over the entire complex which has a small but interesting museum, opened 9 a.m. to 4:30 p.m. daily. 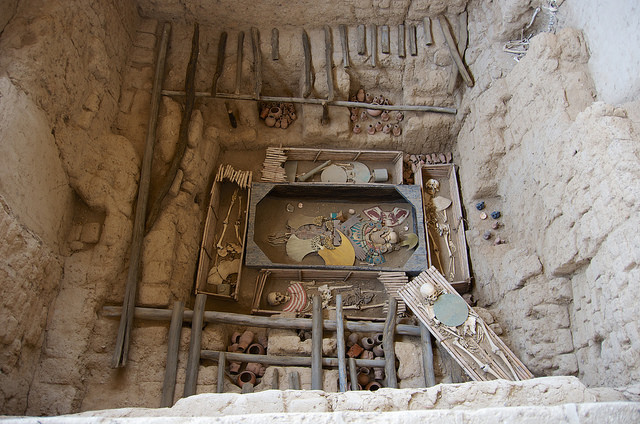 Our next destination was one of the most significant archeological sites in the region – the Tomb of the Lord of Sipan . It was discovered close to the coast, in the middle of Lambayeque Valley, just 35 kilometers east of Chiclayo. The Lord of Sipan (or Señor de Sipán) ruled about 1600 years ago and was thought to be only  30 to 40 years old when he died. The Lord  was buried in traditional Moche  funeral clothes which adorned with gold, silver and jewels and on display at Museo Tumbas Reales de Sípan. 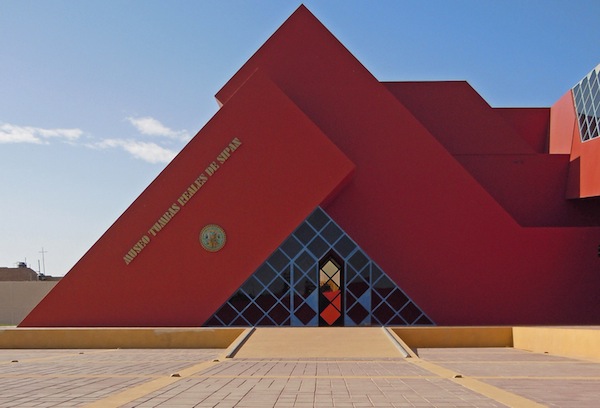 Miro and I  toured the Museo Tumbas Reales de Sípan which is the principal museum in Lambayeque. The museum was inaugurated on  November 8th, 2002,  is considered to house one of the nations leading archeological collections. The impressive building has been designed to reflect that pyramid-like sanctuaries of the Moche culture. Its multi-level interior, meanwhile, is a world-class showcase for the region’s many pre-Columbian artifacts. At the centerpiece, there is the Señor de Sipán collection (from the site of the same name, also called Huaca Rajada, outside Chiclayo), that features exquisite items that have been taken from the tomb of the Lord of Sipán.

Visitors enter the museum through the top floor and then descend to the second and first levels. Several tour guides are readily available but at an extra fee – if you aren’t familiar with the cultures of the northern coast, a guide can help you get the most from the museum. 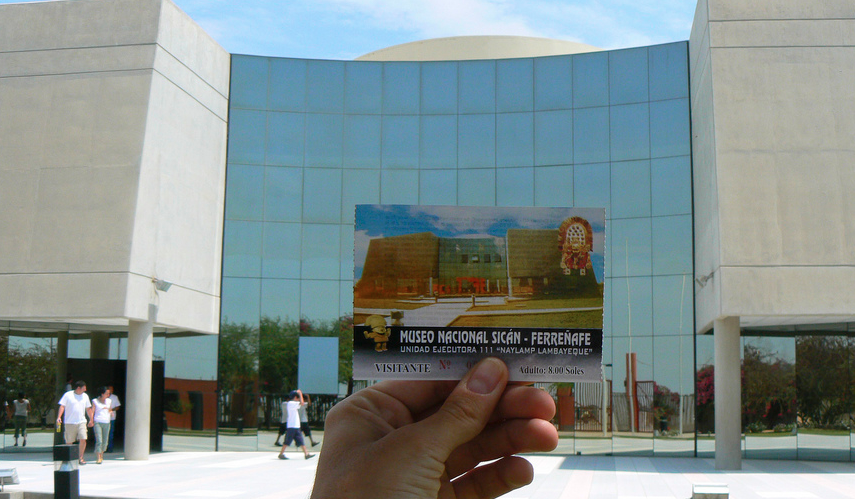 Miro and I also visited  the Museo Sicán during our visit.  Located in Ferreñafe, about 20 kilometers from Chiclayo city, Museo Sicán is located along the road leading to Bosque de PómacSanctuary. This museum display  various aspects of the daily life within the Sican culture including metallurgy and ceramics. Additionally, the Museo Sicán has a display of the Sican royal tombs.

The name Sicán is used to refer to the culture that flourished in Lambayeque area about 750 AD. The culture traces its roots to the Mochica culture and to some other contemporary cultures like the Wari, Cajamarca and Pachacamac. 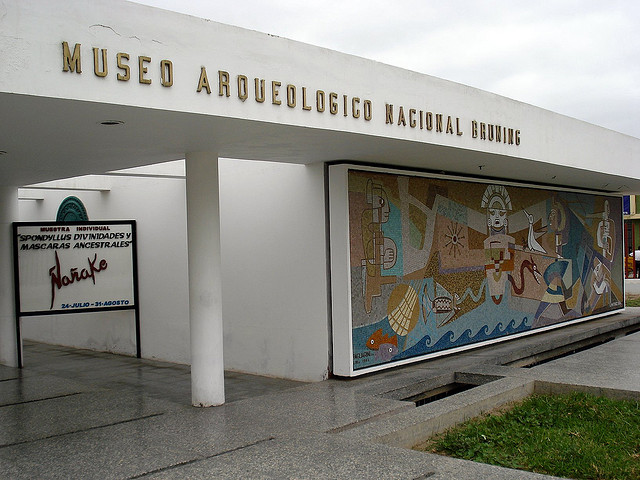 The Brüning Museum marked the end of our tour of the Chiclayo region in Peru. Located in Lambayeque , the Brüning Museum was built to house the collection of German-born archaeologist and ethnographer Hans Heinrich Brüning Brookstedt. Brüning spent much of his life in northern Peru, exploring and recording the culture of the region and its past civilizations. In the 1920s, the Peruvian government purchased much of Brüning’s collection, including his photographs, sketches and an ever-growing assortment of ceramics and other archaeological artefacts. Brüning Museum has more than 1,500 pieces from various cultures of northern Peru that includes the Moche, Chimú, Vicús and Lambayeque civilizations. Many of these pieces show scenes of everyday life, including rituals and fishing scenes which is a vital occupation along the desert coast.

Today Lainie considers herself a digital nomad who is living a location independent life. She and her son write and podcast their experiences from the road at Raising Miro on the Road of Life.
Read More Share
And Now That Rio's Carnival is Over…
Photographing Birds in Nature