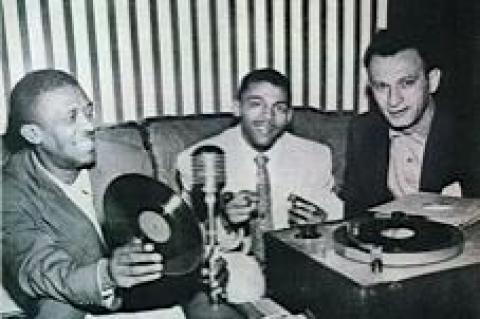 Born In Chicago, five years in the making, will premiere at this year’s SXSW Music Festival this March in Austin.

Born In Chicago is a soulful documentary film that chronicles a uniquely musical passing of the torch.  It’s the story of first generation blues performers who had made their way to Chicago from the Mississippi Delta and their ardent and unexpected followers – young white, middle class kids who followed this evocative music to smoky clubs deep in Chicago’s ghettos.

There, against all odds, they were encouraged by the greats who had became their musical mentors and learned the art of the blues at the feet the masters, going on to make the music their own. Passed down from musician to musician, the Chicago blues transcended the color lines of the 1960s as young, white Chicago musicians apprenticed themselves to legends such as Muddy Waters and Howlin’ Wolf.

The Chicago Blues Reunion, Goldberg, Gravenites, Mandel and Siegel’s touring group is presented as the latter day embodiment of the “bluesquake” movement that dates back to the 1960s. Gravenites, in fact, wrote the song from which the film’s title is derived.  “Born In Chicago”* was recorded by The Paul Butterfield Blues band and included on their debut album in 1965 and is emblematic of the melding of the black blues tradition with rock ‘n’ roll that the film’s subtext.  The Butterfield Band’s Mike Bloomfield, with whom Goldberg worked backing Bob Dylan as well as with their own band The Electric Flag, is seen as one of the prime exemplars of the white musicians who were smitten with the blues and set out, despite prejudice and the potential for physical harm, to seek it at its source.

Born In Chicago was directed by John Anderson who earned a Grammy nomination for Brian Wilson Presents SMiLE.  The film was produced by John Beug who previously won an Emmy for Eric Clapton Crossroads Guitar Festival Chicago (PBS Great Performances) and worked on Grammy-winning long-form video projects for Tom Petty and the Doors. The film’s co-producer is Barry Goldberg. Executive producers of Born In Chicago for Out of the Box Records are Timm Martin, Chris Stewart, Bert Moreno and Elliot Rabinowitz.  The film is narrated by Marshall Chess, scion of the family that began the post-war blues explosion at Chicago’s Chess Records and was edited by Mitchell Sinoway who has worked on projects by Michael Jackson, Madonna, Fleetwood Mac, Eagles, Van Halen, Roy Orbison and many others.

Words and music by Nick Gravenites