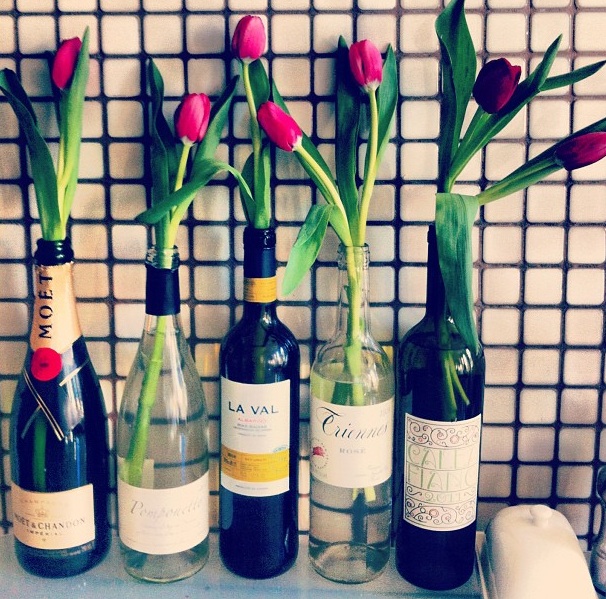 Want to know where to experience the best food and wine in the United States? Joseph Hernandez, Assistant Editor at Wine Enthusiast Magazine, dishes on budget-friendly vinos, lobster pies, Detroit’s culinary revival and where to savor the country’s most delicious epicurious journeys.

1. What’s one foodie city in the U.S. that you think lives up to its hype?

I’m going to demure, because I honestly don’t think there’s just one. “Second” cities—those cities that exist in the burning star orbit of larger metropolises—are really coming into their own these days. Look at Detroit’s current, slow-but-inspiring revival, or Philly’s own emergence, as cities attracting talent and passion. Hell, Charleston and Asheville are Southern cities with huge foodie cred. As for the Big Guys, New York (particularly Brooklyn) and Chicago shouldn’t be ignored by gastronauts.

2. What’s one underrated food/wine city in the US you wish more travelers explored?

I recently had the pleasure of visiting Burlington, Vermont, and man, can that city cook. The Green Mountain state’s bounty is seemingly on every table, and every restaurant has an established relationship with the region’s farmers. They truly live the Slow Food, farm-to-table lifestyle, with none of the pretensions that seem to have emerged with it.

3. What’s one meal you’ve had on your U.S. travels that’s worth a trip in itself?

I essentially travel to eat, so this question is hard to answer, but the Northeast’s seafood culture is a habit I can’t break. I’m not even talking restaurant-wise. One of my favorite meals was on a trip to the sleepy seaside town of Newburyport just outside Boston. My companions and I got hold of some great Maine lobsters along with fresh, local goods and we made dinner together. I was introduced to my first lobster pie by my friend who grew up there, which is a traditional food you may not exactly find on any menus. It’s rustic, simple and the kind of eating and traveling I enjoy the most.

4. If you could teleport to one restaurant in the U.S. which would it be and why?

There’s a Filipino food joint in Orange County, California called Salo-Salo Grill that my family went to all of the time. The dishes are traditional Pinoy fare, zero to no flair, what some might call “authentic,” whatever that means to them. It’s the food my mom made for me growing up, and oh god, is it good. I’m a huge fan of Filipino food being the next Pacific food du jour, but places like Maharlika and Jeepney on the Lower East Side—and both are amazing!—will never come close. But that’s the danger of food memories, I guess; nothing will ever compare to that memory. Sakamai in the Lower East Side. Photo courtesy of Joseph Hernandez.

5. As a New Yorker, what do you wish visitors understood more about the food and drink scene in NYC?

Stop basing your dining decisions on the health code letters in the window. I take it as a suggestion most of the time. Unless I personally know someone made sick by a place, I can’t be bothered with Yelp reviews or a glance at its letter grade. If it passes the smell test–”what is that delicious smell?”–I’m game. The city’s food scene represents so many different cuisines; as a person who can’t travel as much as I’d like to, I prefer using my dining experiences as a way of exploring a culture. Screw what a nameless health inspector thinks. The resto would be shutdown if they killed someone with a dish, no?

6. What’s one lesser-known wine region in the US you think wine travelers should plan to visit and why?

I’m biased, but New York! This state is seriously kicking ass, wine-wise. From the Finger Lakes to Long Island’s North Fork, and even the emerging Hudson Valley wineries, there’s so much good wine being made just outside of New York City. Even Brooklyn is churning out high quality juice, from Alie Shaper at Brooklyn Oenology, to Red Hook Winery enlisting the likes of wine world movers-and-shakers Abe Schoener and Robert Foley, it’s becoming damn-near impossible to find a bad wine from the Empire State. Jessica Festa is the editor of the travel sites Jessie on a Journey (http://jessieonajourney.com) and Epicure & Culture (http://epicureandculture.com). Along with blogging at We Blog The World, her byline has appeared in publications like Huffington Post, Gadling, Fodor's, Travel + Escape, Matador, Viator, The Culture-Ist and many others. After getting her BA/MA in Communication from the State University of New York at Albany, she realized she wasn't really to stop backpacking and made travel her full time job. Some of her most memorable experiences include studying abroad in Sydney, teaching English in Thailand, doing orphanage work in Ghana, hiking her way through South America and traveling solo through Europe. She has a passion for backpacking, adventure, hiking, wine and getting off the beaten path.
Read More Share
Luxury & Royalty All The Way Baby at Adaab Hyderabad!
Ayurvedic Plants, The Hornbill Camp and Western Ghats in India