“Naples,” the young man I mentioned meeting in my popular Milan photo essay warned me, “is extremely dangerous. The Mafia is there, but if you don’t encounter them, someone will surely try to take your camera or your money.”

Of course, this young man had never been to Naples. Even if he had—and even if Naples was the most dangerous place in the world—I knew someone in Naples. Well, not just someone. Someone who, the extent to which he is smart and charming notwithstanding, has lived in Naples his whole life. Francesco, whom I met in 2011 in Spain, shrugged off my worries. “To start with,” he said, “the Mafia is in Sicily. But even there, they wouldn’t be concerned with tourists like you.”

Worries about the Mafia were the furthest thing from my mind as I investigated whether or not Naples is dangerous.

Naples was bathed in bright sunshine as my Milan to Naples train pulled into its central station, a glittering city mixing ancient and modern, with Mt. Vesuvius towering in the background. That Naples was huge and rich and vibrant was evident to me before I even met Francesco inside Napoli Centrale—I never once thought about the idea that Naples was dangerous.

“This train,” Francesco explained to me after we’d showered at his place and were on our way back to Naples’ ancient Centro Historico, “used to be on time. Now, we have to wait 40 minutes or even more to take Naples public transport. It’s created a cycle: People don’t feel that they need to pay to take a train that’s so late; fewer frequencies run; it gets more crowded; fewer people pay; and so forth.”

If my photo of the train’s interior has even moderately conveyed how hot and crowded it was, you can imagine how open and spacious the walkways of Naples historic center, which has been inhabited as far back as Roman times, seemed to be. Naples, I would rapidly learn, is a city of contrasts more dramatic than almost anywhere in the world I’ve visited. Naples is dangerous if you like to be bored!

Francesco is not only sweet and hospitable, but also happens to be an architect. He was the perfect person to have alongside me as I explored what to do in Naples city center, which is home to buildings that span the city’s entire 2,500-year history. Domed Renaissance-era churches sit beside and between Gothic cathedrals, 19th century residential buildings and modern skyscrapers.

Architecture isn’t the only thing about Naples that’s disparate. In spite of Naples’ strong Catholic heritage, paganism has a central place in the city’s culture. Fontanelle Cemetery, located in the Materdei neighborhood, illustrates this well.

One of the best things to do in Naples Italy, Fontanelle Cemetery was originally intended as a receptacle for “old” bones in the Spanish colonial period of Naples, during which there was a cemetery shortage of sorts. The cavern—which was formed, like thousands of others in the city, because the soft limestone inside is a great building material—subsequently became a popular resting place, after epidemics like the Great Plague of 1656 and the cholera outbreak of 1837.

Fontanelle Cemetery has its origins as a Christian burial site, but severe flooding in the 19th century washed the remains out onto Naples’ streets, leaving the priest who tended over the remains to replace them haphazardly. This is where paganism comes in: During the years that followed, members of a so-called “cult” of Neapolitan citizens would “adopt” certain bones, presumably for good luck.

As we continued our Naples sightseeing, Francesco told me the story behind another Naples burial site, the city’s “catacombs,” which is equally rich. The Catacombes di San Gennaro are even older than Fontanelle Cemetery, having been inaugurated in the second or third century as a pre-Christian burial site.

The catacombs of Naples are less famous than those of Rome, in part because Christians were never persecuted in Naples. They’ve have nonetheless fallen victim to severe looting over the years, including the theft of the remains of namesake Saint Gennaro, who was at one point interred there.

If you do visit Naples’ catacombs (actually, this applies to many Naples top sights) study some Italian beforehand. Although Francesco was nice enough to translate for me, the British tourists in our group had to mostly guess what was going on.

Catholicism in Naples is more present from a visual standpoint than as a conspicuous part of culture, at least for foreign visitors. The extent to which religion and art intersect with the gritty streets of Naples almost makes me want to say an “Our Father” or “Hail Mary”!

Of course, not all art is religious in Naples. Just as the city is an architectural pastiche of the two-plus millennia of history that have occurred here, so too is there an abundance of modern art in the city.

Naples’ Metro system (not to be confused with the old urban rail lines I mentioned earlier) are the shining example of this phenomenon. The interior and exterior of each station feature designs by prominent international artists, which are not only nice to look at, but have actually made previously dodgy areas some of the best areas in Naples. 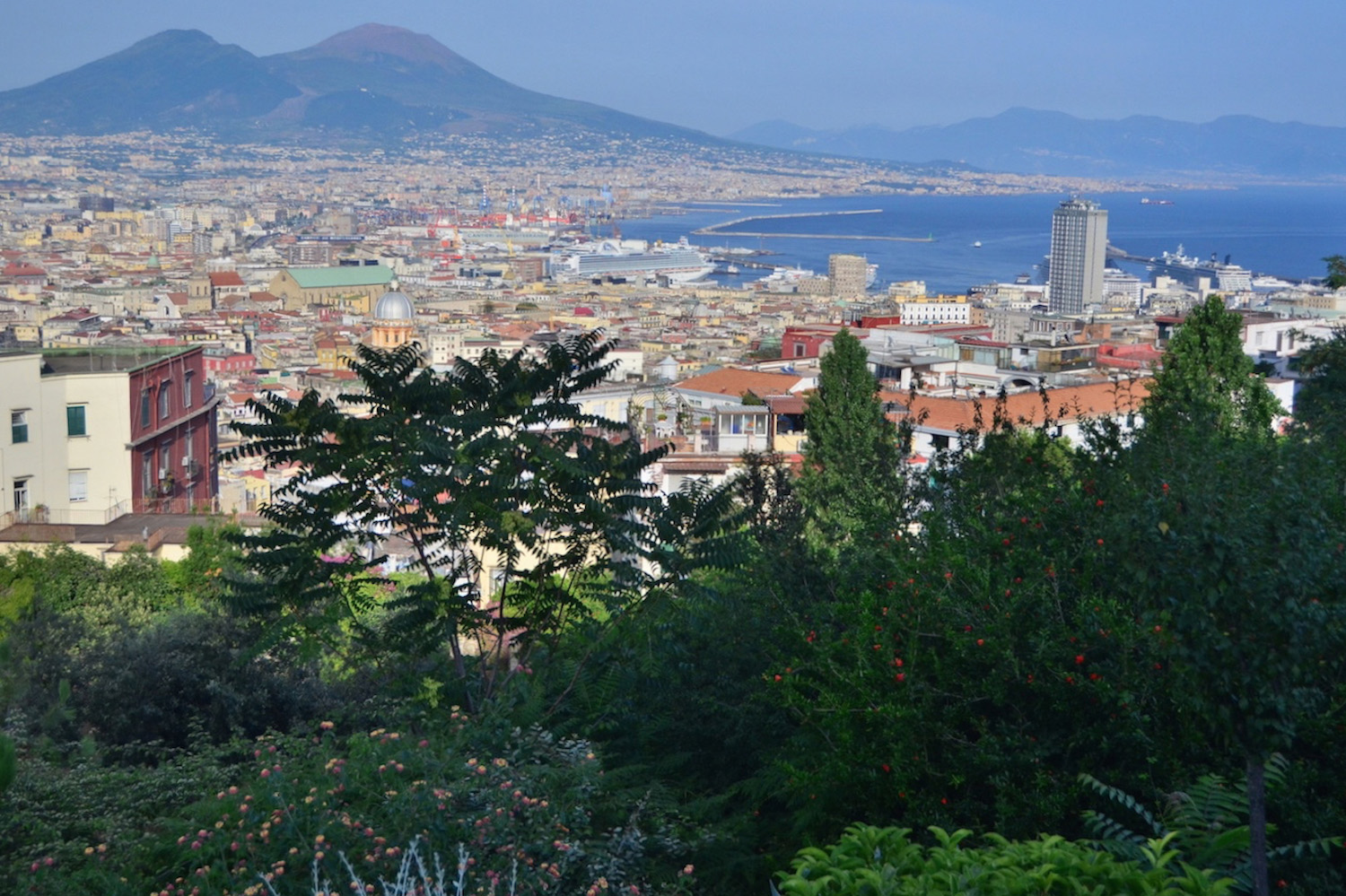 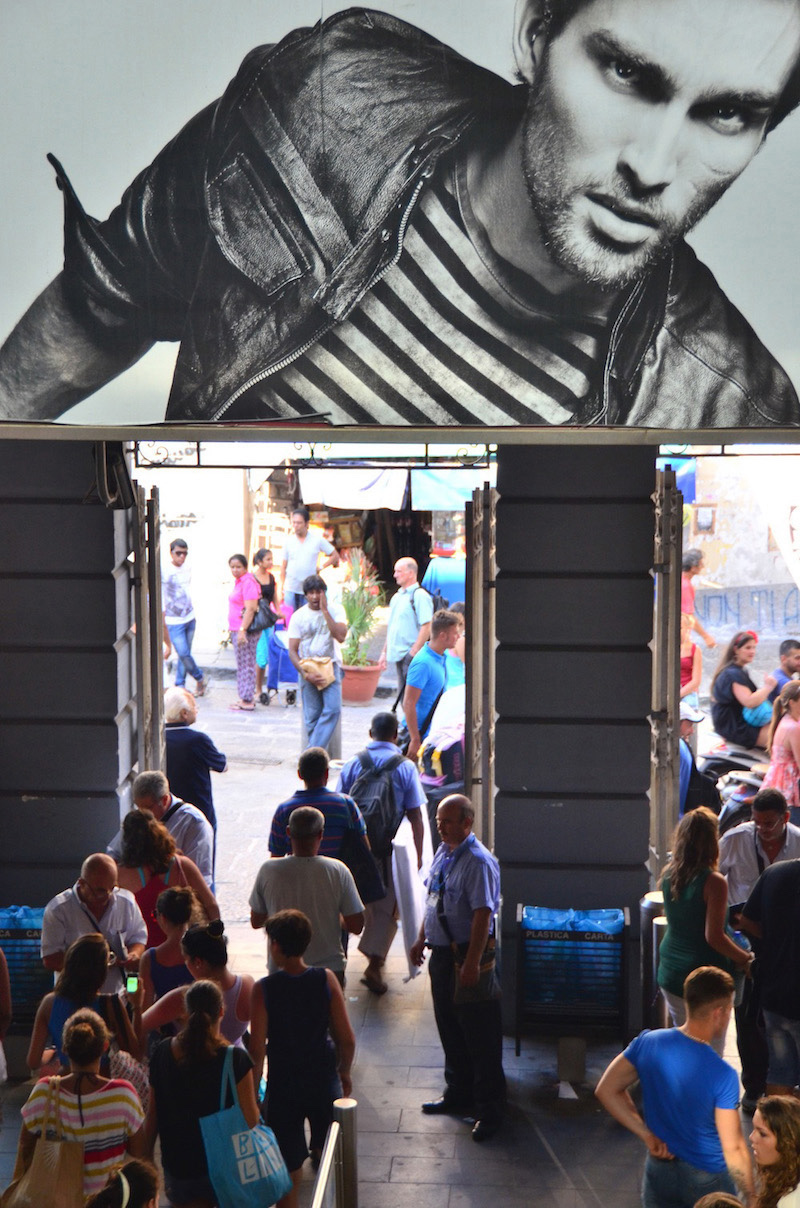 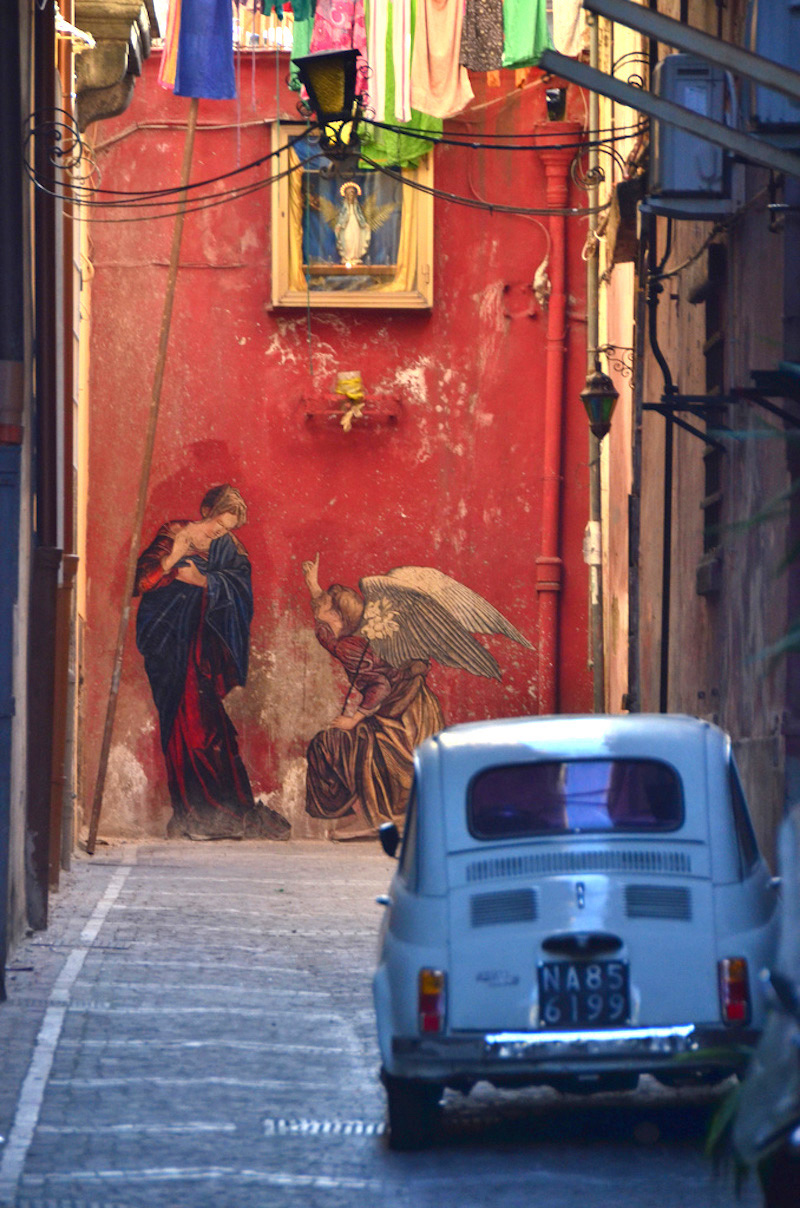 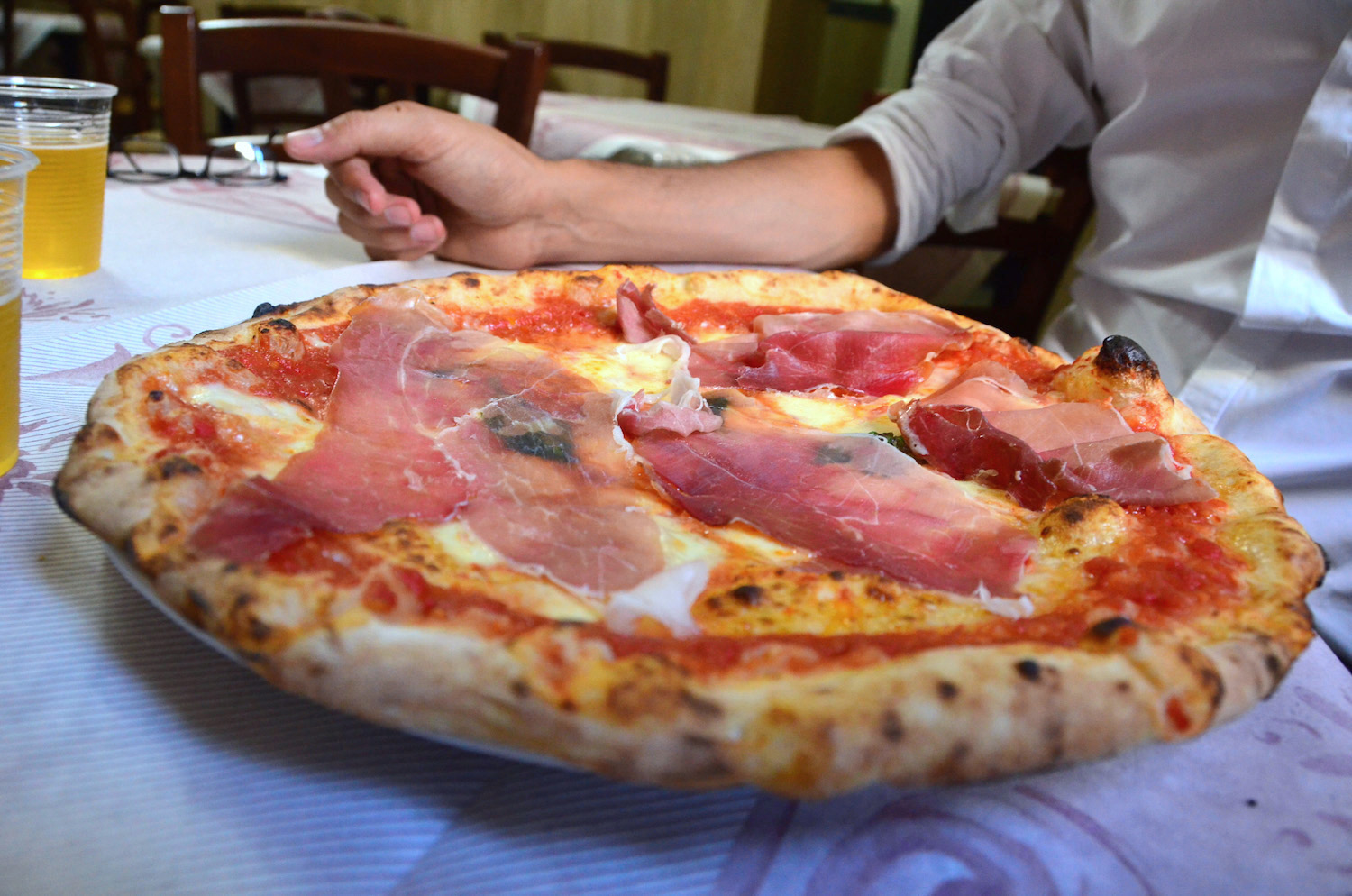 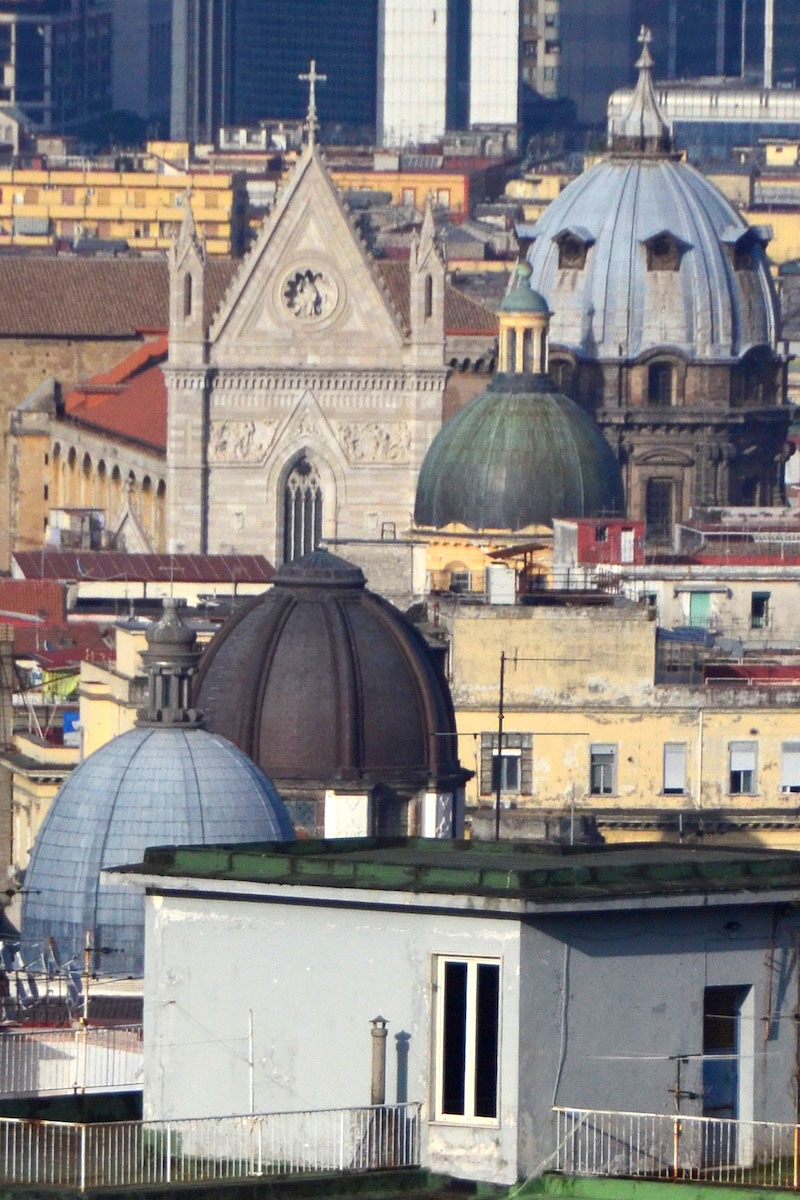 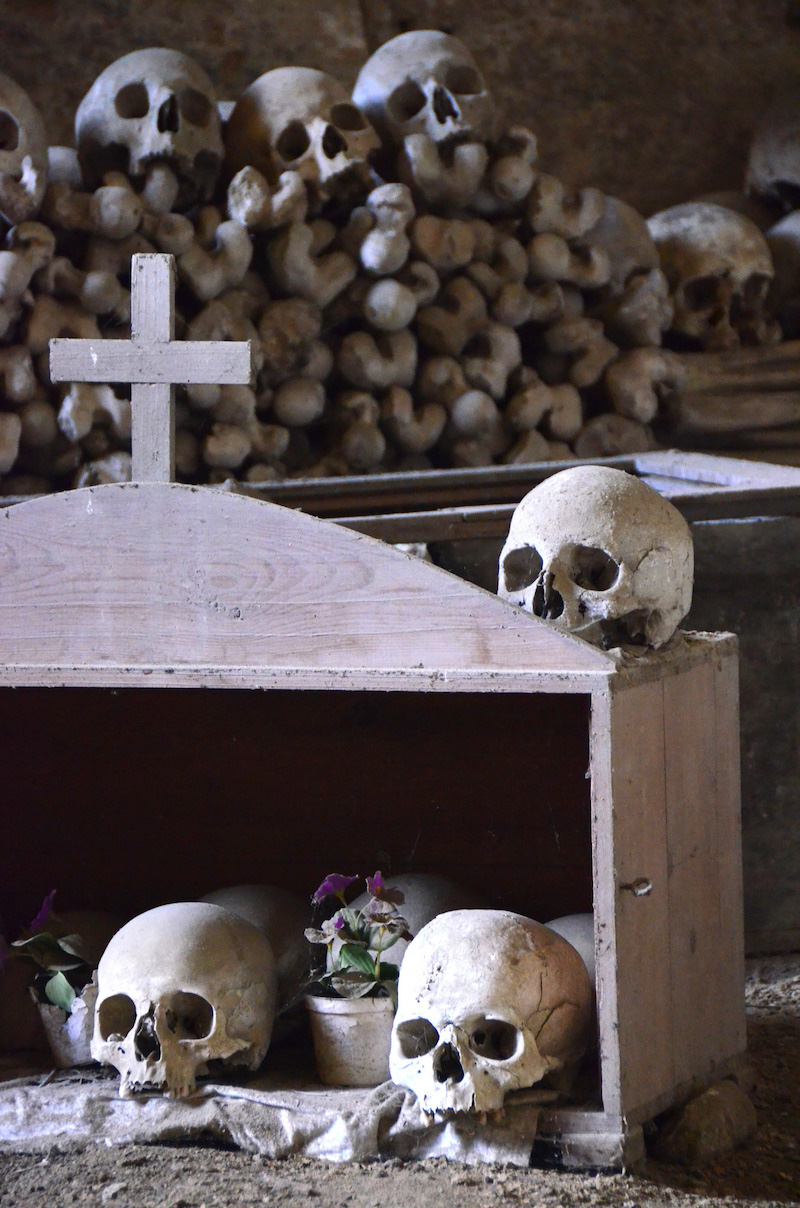 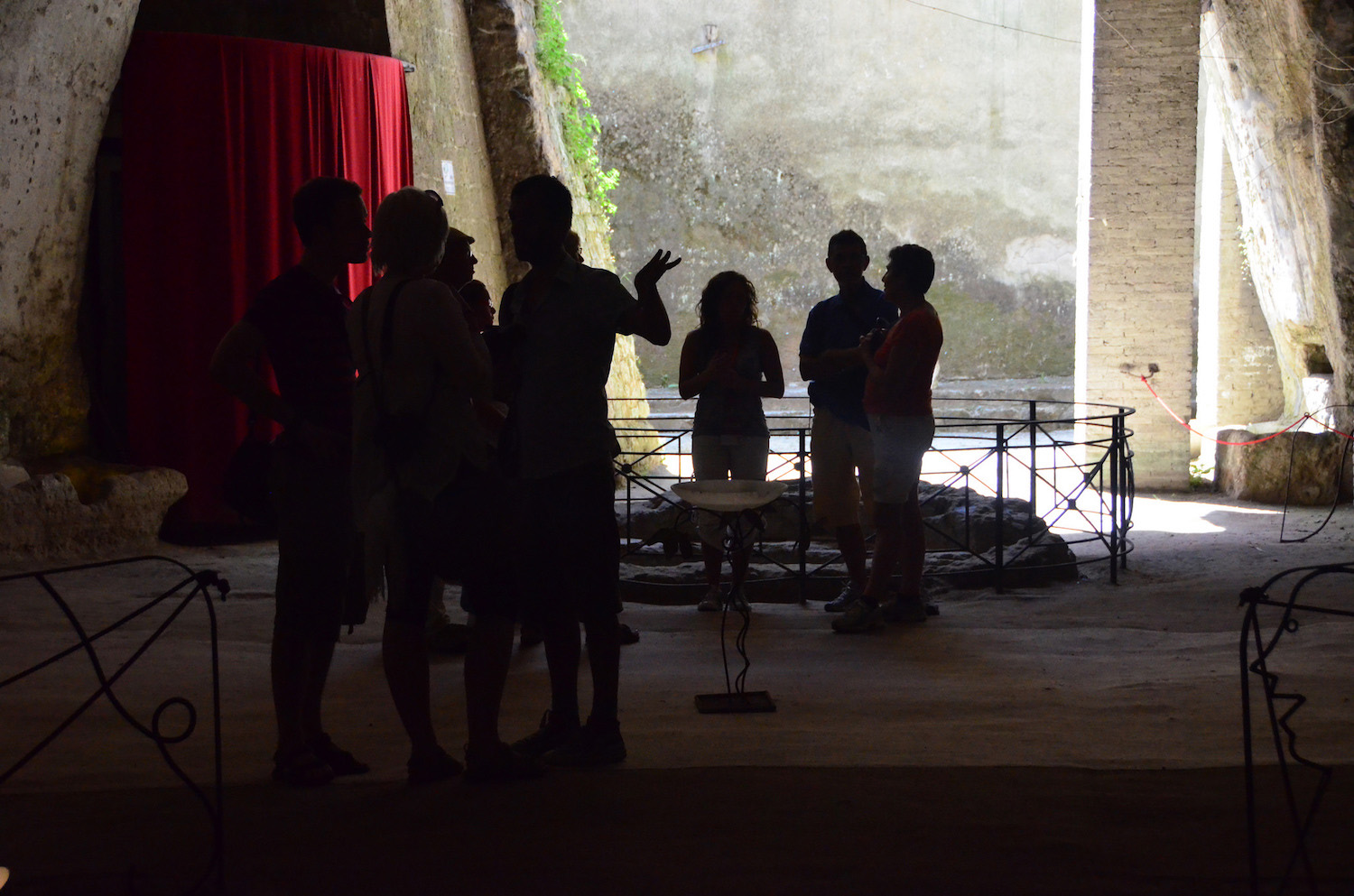 As I considered various options for day trips from Naples, the destroyed city of Pompeii was at the top of my list. But Francesco (whom, as I mentioned earlier, is an architect), had a slightly different idea.

“Ercolano is better,” he said onboard the Naples to Pompeii train, saying the Italian name of the Pompeii-era site most tourists call by its English name “Herculaneum,” “for reasons I’ll explain to you when we get there. Trust me.”

As we entered the site, Francesco immediately set to explaining the man reason you should visit Pompeii and Herculaneum, if you have time, but not just Pompeii: Unlike those of its more famous cousin, Ercolano’s homes feature second floors in many cases, since the damage here was less severe.

More intact too are the impress mosaic and other art pieces. Along with the fact that crowds at Herculaneum are simply less than those you’d see on a Naples to Pompeii day trip, Ercolano is a place where with the right amount of imagination, you can truly go back in time.

Francesco likewise wanted me to enjoy an alternative island experience to the normal one. As we waited in Pozzuoli, the port town where Naples to Capri ferry services depart from, he once again explained his logic.

“There’s a big Ischia Capri divide among locals, much bigger than among tourists. But while Capri might be more beautiful—and I say this honestly, it really is more stunning—I think the experience of Ischia will be more interesting to you.” Once again I trusted him, though I had to admit I was sad we wouldn’t have time to do both islands.

Interestingly, in addition to the fact that we chose an atypical island, we skirted most of the popular things to do in Ischia, such as Aragonese Castle and La Mortella Garden, instead exploring the nooks and crannies of the old town.

Likewise, we skipped typical Ischia Italy beaches most tourists visit, and instead headed for more secluded shores, as Francesco (in typical Italian fashion) wanted to swim nude. He invited me to join him, though I won’t say now whether or not I joined him. 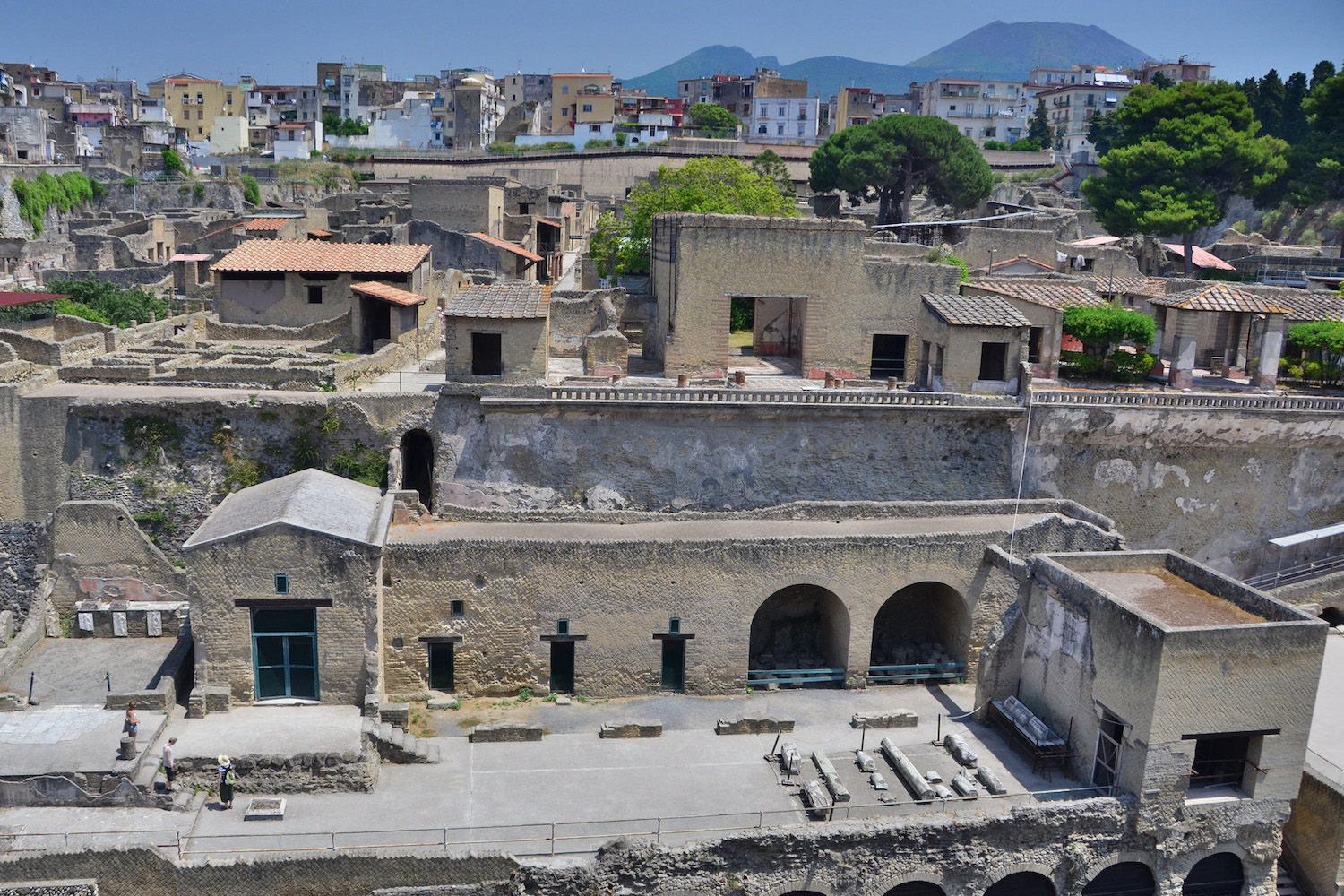 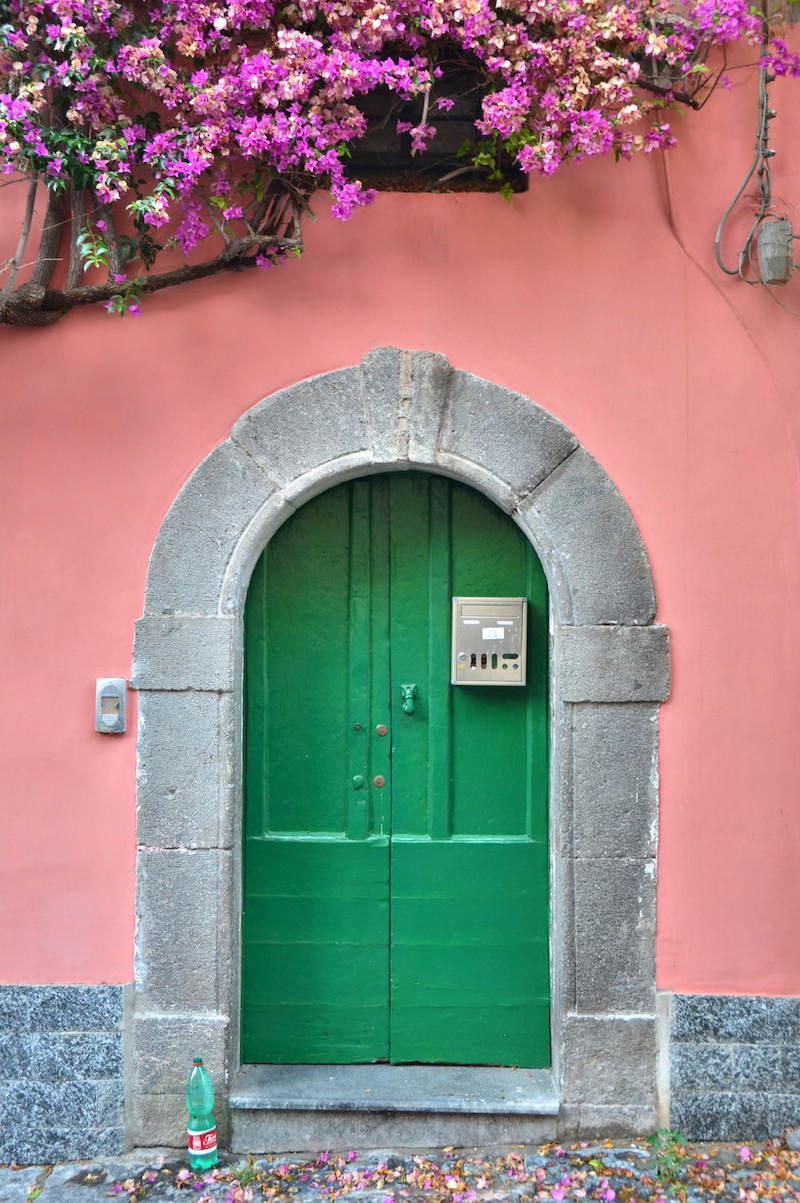 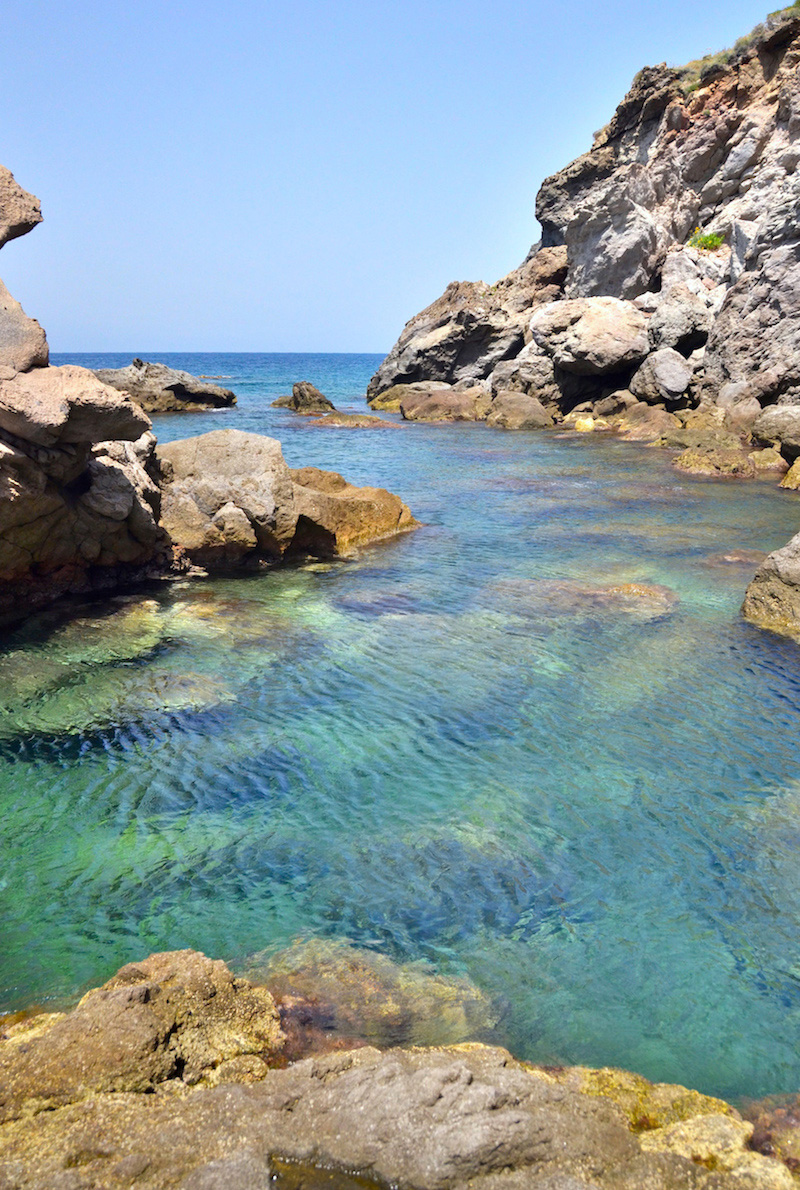 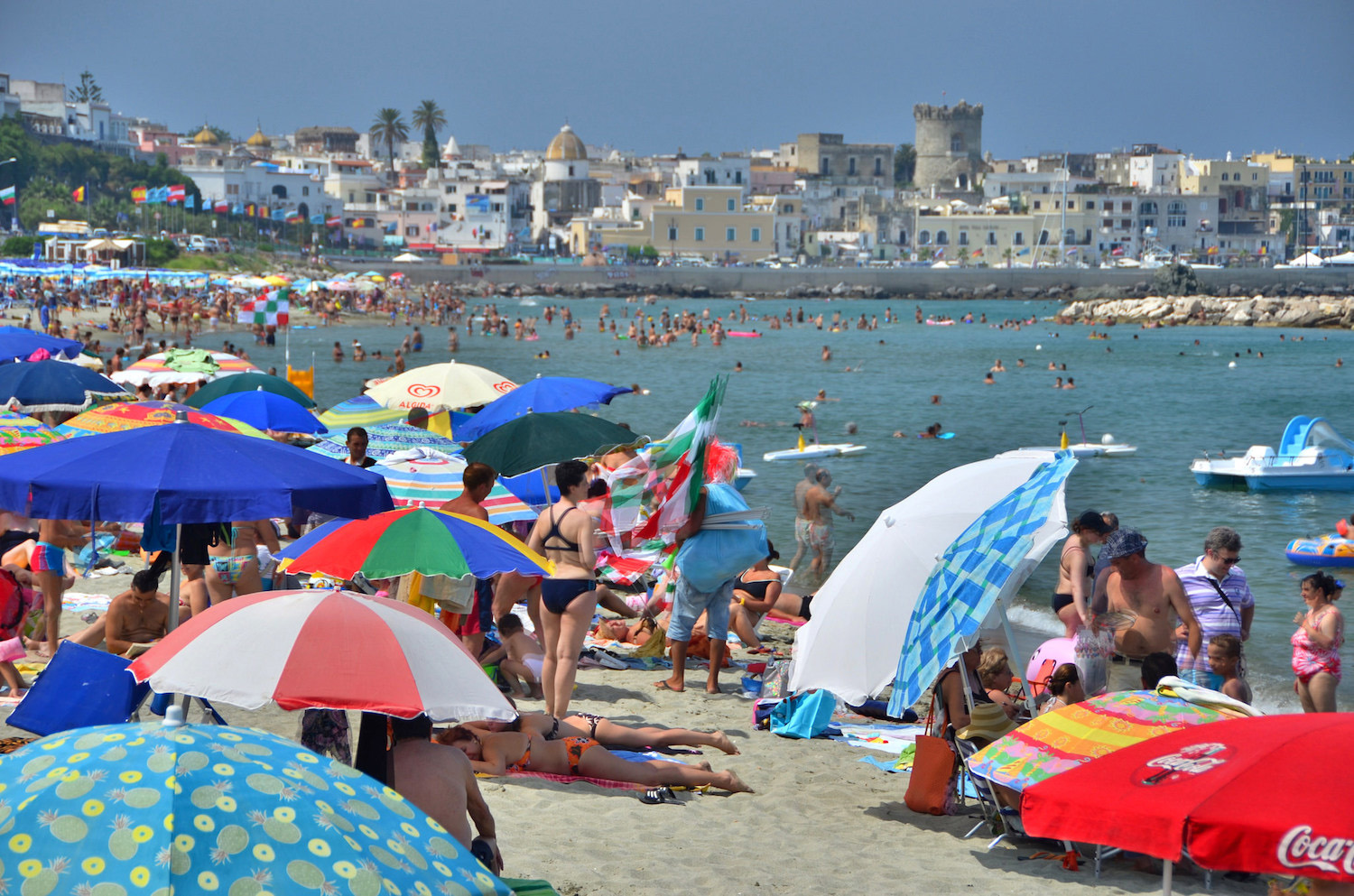 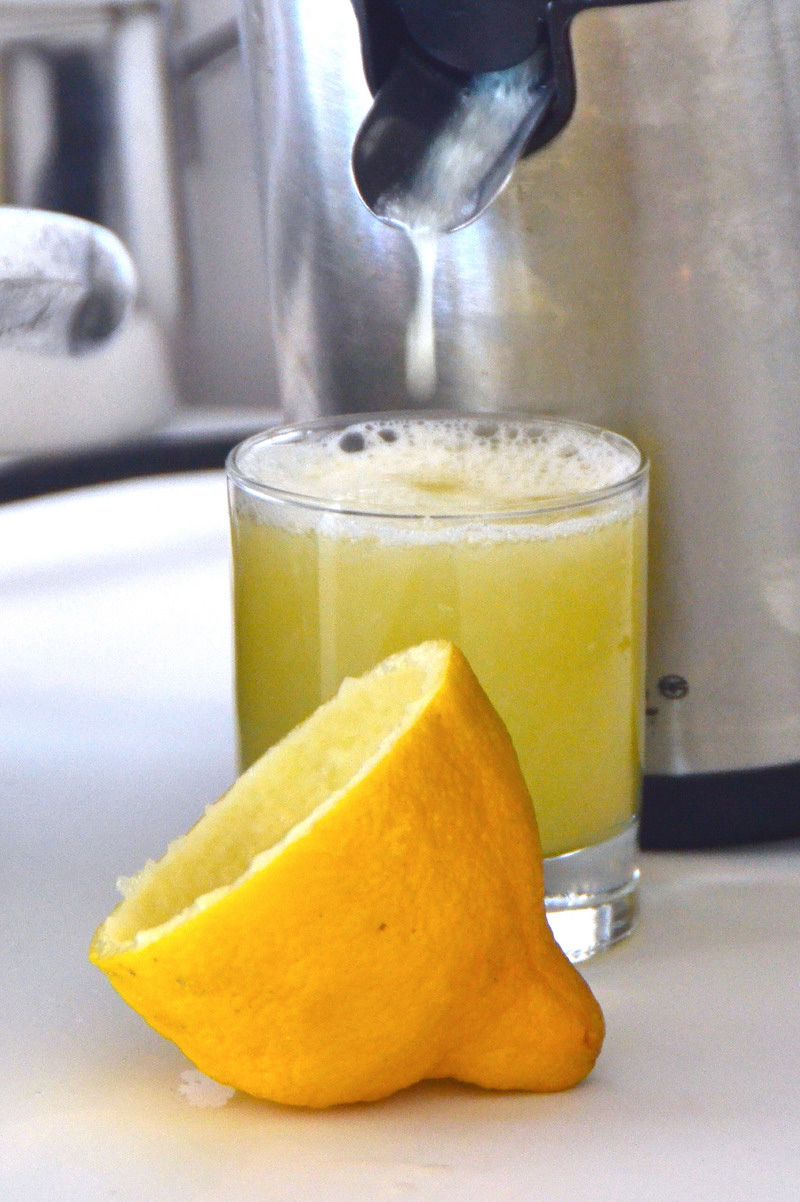 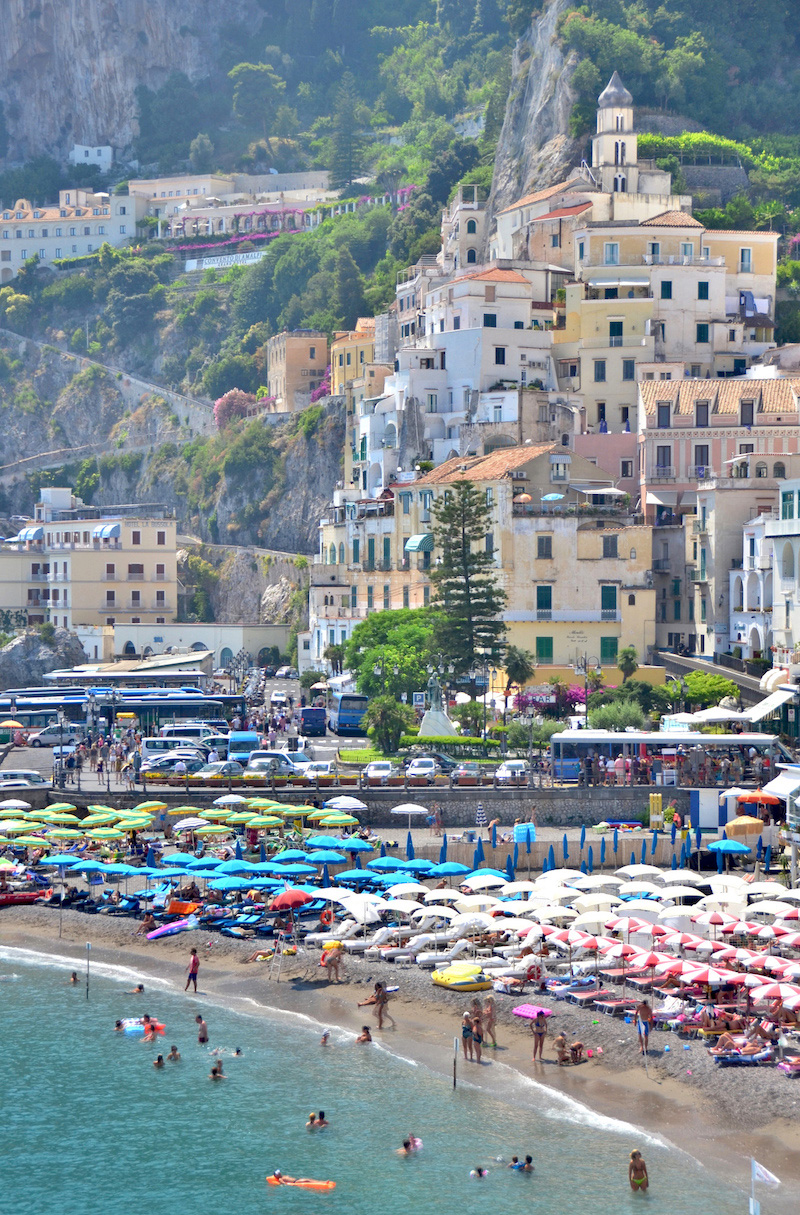 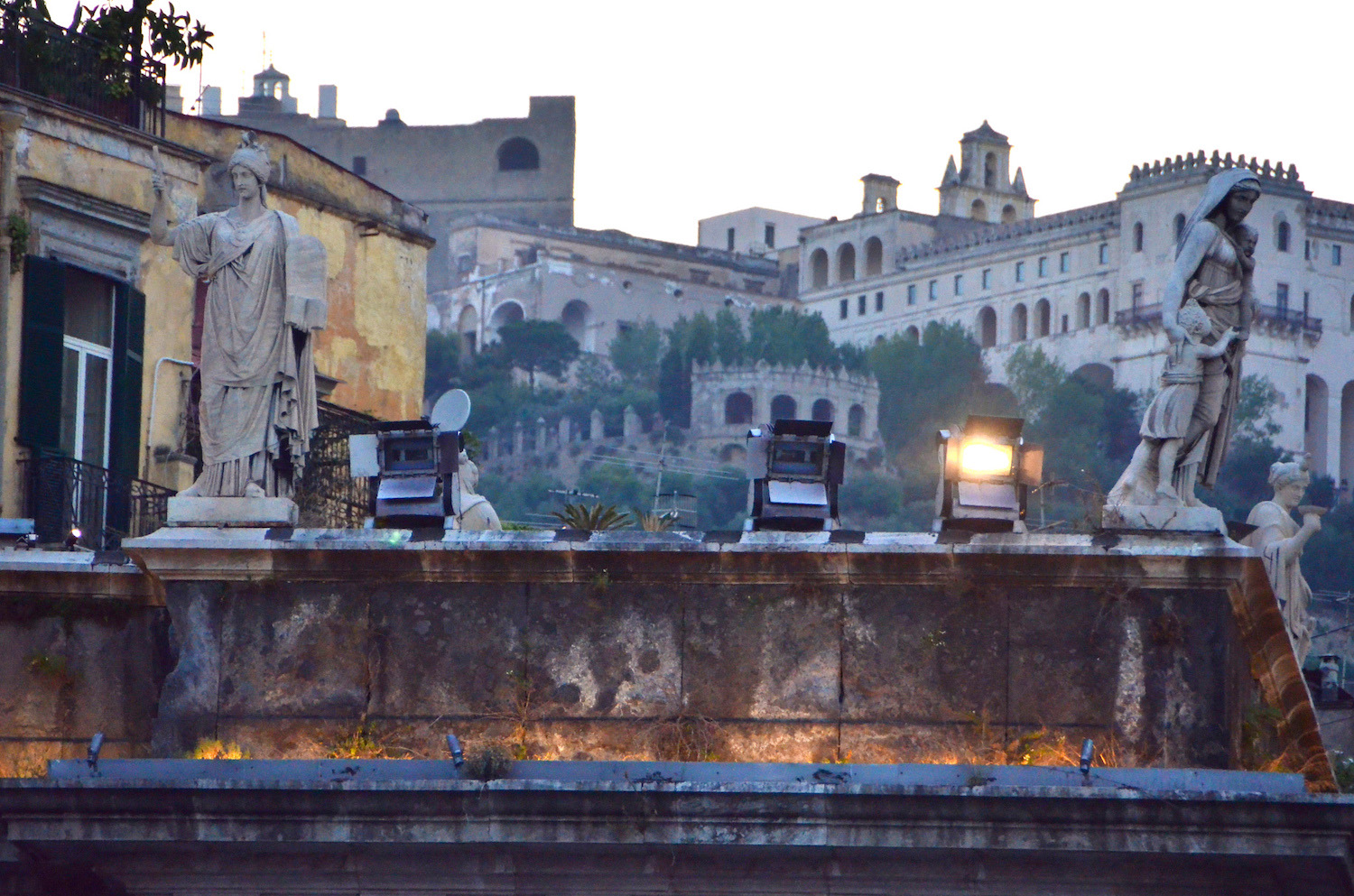 The Amalfi Coast from Naples

Our final adventure would be a trip from Naples to Amalfi Coast, but not before a somewhat awkward family encounter. You see, when I met Francesco in Spain I’d thought we might have a romantic future, but unfortunately our time together in Italy showed me that we lacked the chemistry for that.

To be sure, while I enjoyed his home and the company of his parents and sister (not to mention, their own homemade limoncello), I felt a bit strange being there. Apart from getting recommendations for the best places in Amalfi Coast from Francesco’s father, I was essentially being introduced to people I would likely never see again.

Which is not to say I wasn’t thankful, if only because his sister allowed us to use her car for our Amalfi Coast road trip, which took us from Sorrento to Salerno and back up to Naples, visiting hot spots (namely the actual town of Amalfi, which was once an independent Republic as powerful as Venice) all along the way, marveling at lush gardens, priceless coastal views and the surprisingly refreshing (it wasn’t sweetened) lemon juice people around here enjoy to beat the July heat.

I was sad that nothing had materialized from Francesco, and not just because his driving had saved me from having to take a sterile Amalfi Coast tours from Naples. He’s a smart, kind and very handsome man; we just didn’t have enough sparks flying between us to start the fire of love.

Things to Do in Naples

This post has been as much about my personal experience in Naples as it has about Naples attractions—you might’ve gotten bored or at least distracted. So, if you just wanted to see a list of things to do in Naples, Italy here it is:

This is just enough to get you started, however. There’s plenty of other things to do in Naples where this came from!

Where to Stay in Naples

The issue of the best hotels in Naples Italy is a contentious one, firstly because I didn’t need one—I stayed in Francesco’s apartment. Frankly, if you don’t stay in a fancy Naples hotel like Palazzo Alabardieri, you will likely stay in an apartment too, albeit not one of a potential lover. Likewise, while some fine Amalfi hotels such as Santa Caterina Amalfi exist, private apartments and condos are the most popular place to stay here as well.

I could go on about how much I love Naples for days. I’m sad to leave Naples not only because I love the city so much, but more importantly because I love my dear friend Francesco, who is as significant a part of Naples to me as the buildings, the art and Mt. Vesuvius itself.

I’ll end by recounting the conversation he and I had before I arrived.

“I’ve booked a week in Naples,” I remember saying. “Do you think that’s enough?”

He laughed. “A year is not enough to experience every Naples must see. But yes, I suppose a week will do.”

Robert Schrader is a travel writer and photographer who's been roaming the world independently since 2005, writing for publications such as "CNNGo" and "Shanghaiist" along the way. His blog, Leave Your Daily Hell, provides a mix of travel advice, destination guides and personal essays covering the more esoteric aspects of life as a traveler.
Read More Share
Visiting Japan’s Hokkaido
How to Explore the Caribbean’s Anguilla