My Baltics travel was still days away from ending, but all I could think about was flying back to Bangkok. I didn’t dare tell that to Annette, however—she’d been far too kind to hear the truth, the whole truth and nothing but the truth.“So help me god,” I laughed as she placed the rubber beaver onto the bread board. “Tallinn just keeps getting better.”

Her smile was as warm as the sun that was apparently atypical for this time of year in the Baltics and Russia. “I thought you could use a friend while dining.”

There are always multiple layers to why I choose to travel where I do, when I do. If I’m honest, part of the reason I wanted to visit Estonia this year is because I was curious. Would Europe’s most talked-about hub for location-independent people like myself speak to me, either immediately or after further reflection? The answer was still unclear during the time Annette took care of me. Truly, I was so humbled by her kindness—the most sustained expression of it I’d experienced throughout my entire Baltics travel experience—that I could focus on nothing other than being as present as she was.

But although Tallinn’s good looks had made an impression on me as I traipsed along its cobbled streets that morning, my subsequent exploration of its deeper nooks and crannies, including the “Creative City” where Annette and all her much-cooler-than-me colleagues apparently lived, led to me to a sad, ironic conclusion: Tallinn was basically the Austin—America’s quintessential metropolis of the mediocre, which I’d left behind to move to Thailand—of the Arctic.

Which is not to say there weren’t other places in the Baltics region I could see myself settling for awhile. Although I’d anticipated loving Tallinn, for example, Riga matched my personality more, both at first sight and during the entirety of my Latvia itinerary. The idea of cozying up in one of its Art Nouveau buildings, even for the three months I can stay in the Schengen area without full-time employment, is very tempting indeed.

Lithuania and Lithuanians often felt detached, even cold, but the low prices and eclecticism on offer from the Curonian Spit to Cathedral Square in Vilnius were conducive to any curiosity one might have. On the way back to the town of Siauliai from the Hill of Crosses, I chatted at length with an Australian traveler (one of only two other foreigners to have paid the €0.86 fare for the 30-minute minibus journey) about how underrated—and understated—the country was.

To say nothing of the fact that my Baltics travel was about a lot more for scouting out a “next stop” when and if I tire of living in Asia. Certainly, it was meant (along with my time in Switzerland’s Ticino canton) to be a reprieve from my calamitous existence in the Far East, even if it re-affirmed how right that part of the world is for me, in the end.

Three weeks on, I can be candid about the fact that the street art along Tallin’s so-called “Culture Kilometre” and the cookie-cutter condos at its western terminus made me want to slit my wrists and get buried in the cemetery that was largely disassembled to accommodate said hipster housing. But I can also admit that Lithuania, Latvia and Estonia each charmed me in their own way. And delighted me. And surprised me. And overwhelmed me with their beauty. And filled me with joy, even if I’m sounding a bit prickly now.

Whatever you end up thinking about this part of the world, Baltics tourism is sure to increase dramatically, and not just because of all the articles I’ve published about it. Time is of the essence, which is why I’m content to shut up now, and let my photos of Europe’s Baltic States do the talking. 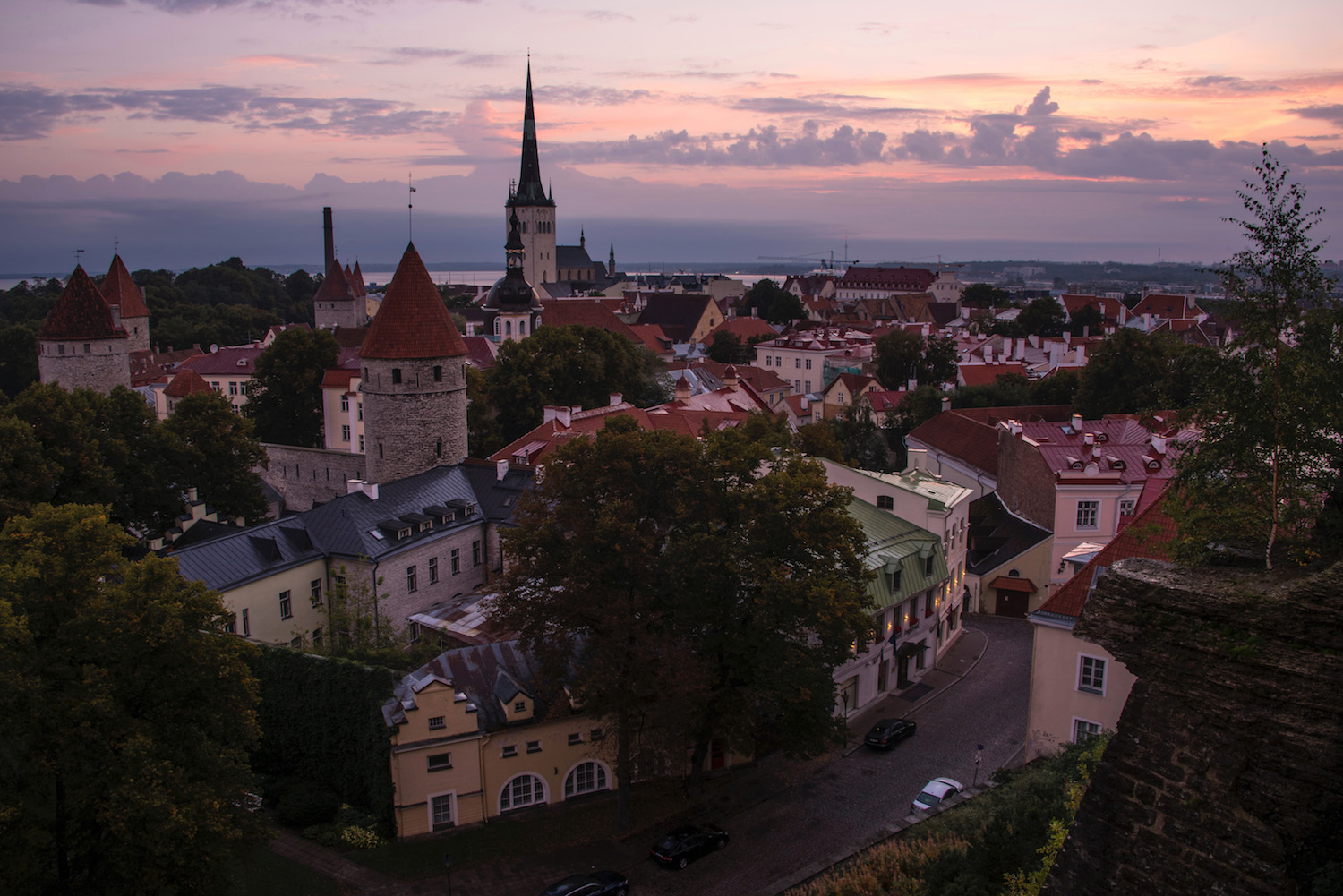 Robert Schrader is a travel writer and photographer who's been roaming the world independently since 2005, writing for publications such as "CNNGo" and "Shanghaiist" along the way. His blog, Leave Your Daily Hell, provides a mix of travel advice, destination guides and personal essays covering the more esoteric aspects of life as a traveler.
Read More Share
Lunch at Tiffany’s: Blue Box Cafe
Your Ultimate Macau Travel Guide