Choosing the best area to stay in Costa Rica can be surprisingly difficult—especially if you’ve never been to the country. Costa Rica is a much bigger country than it appears to be on the map, so where you base yourself really matters.

To be sure, you should select a location based on the Costa Rica excursions you plan to take, as well as the scenery and environment you want to enjoy every day. Staying in the capital city of San Jose, for example, doesn’t mean you’ll only see traffic and tons of ticos.

Once you’ve decided where in the country to call home, you can search some of the specific best places to stay in Costa Rica. Let’s not get ahead of ourselves, however. I can tell you from experience that driving in Costa Rica is no walk in the park. The country’s roads are much worse than you’d expect (they’re gravel or dirt, in many places) and traversing what should be small distances takes forever. To say nothing of the damage that will be done to your car if you choose any model but an SUV.

I mention this not to complain, but to emphasize that choosing the best area to stay in Costa Rica is a matter of substances, not just style. Getting from the Pacific Coast to the Caribbean one (or hell, even San Jose!) can take half a day or longer, which means that even if you’re taking a longer trip, you should base yourself in several locations, rather than assuming you’ll be able to take excursions from one or another. 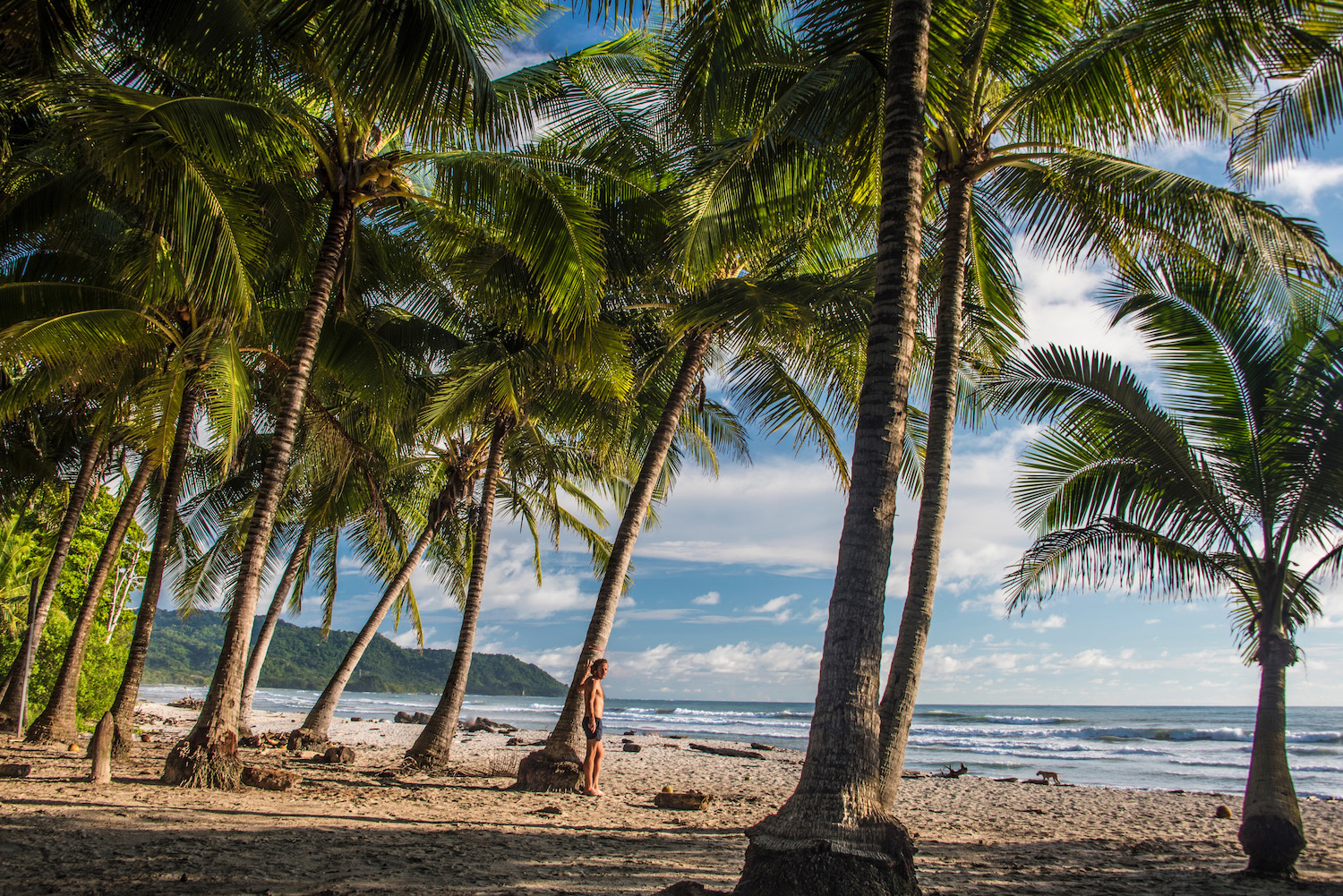 Whether you want to sun yourself on the relatively mainstream shores of Manuel Antonio National Park or surf in Tamarindo, Costa Rica’s Pacific Coast is probably the most popular place in the country to stay. Defined by lush, coast-hugging mountains and golden beaches that go on forever, Costa Rica’s western beaches embody the concept of “Pura Vida” perhaps more than any other place in the country. 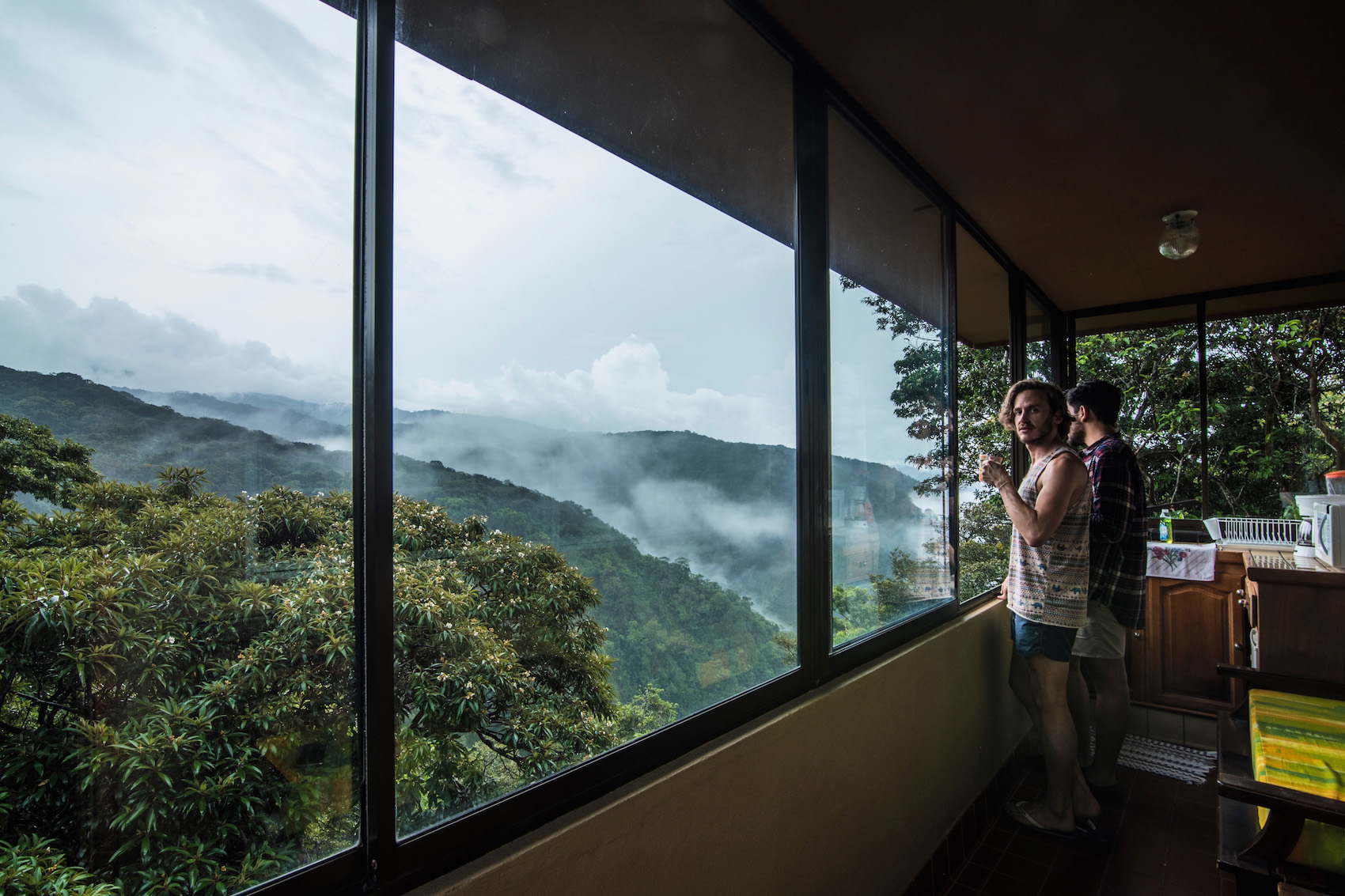 Of course, Costa Rica is more than just its costa. Whether you’re attracted to particular Monteverde Cloud Forest hotels, or simply enjoy the foggy and mysterious greenery on offer in the north-central highlands of Costa Rica, Monteverde is an alluring destination, particularly if you want to beat the heat. It’s also within day-trip distance of Rio Celeste, a waterfall that has some of the bluest waters in the world. 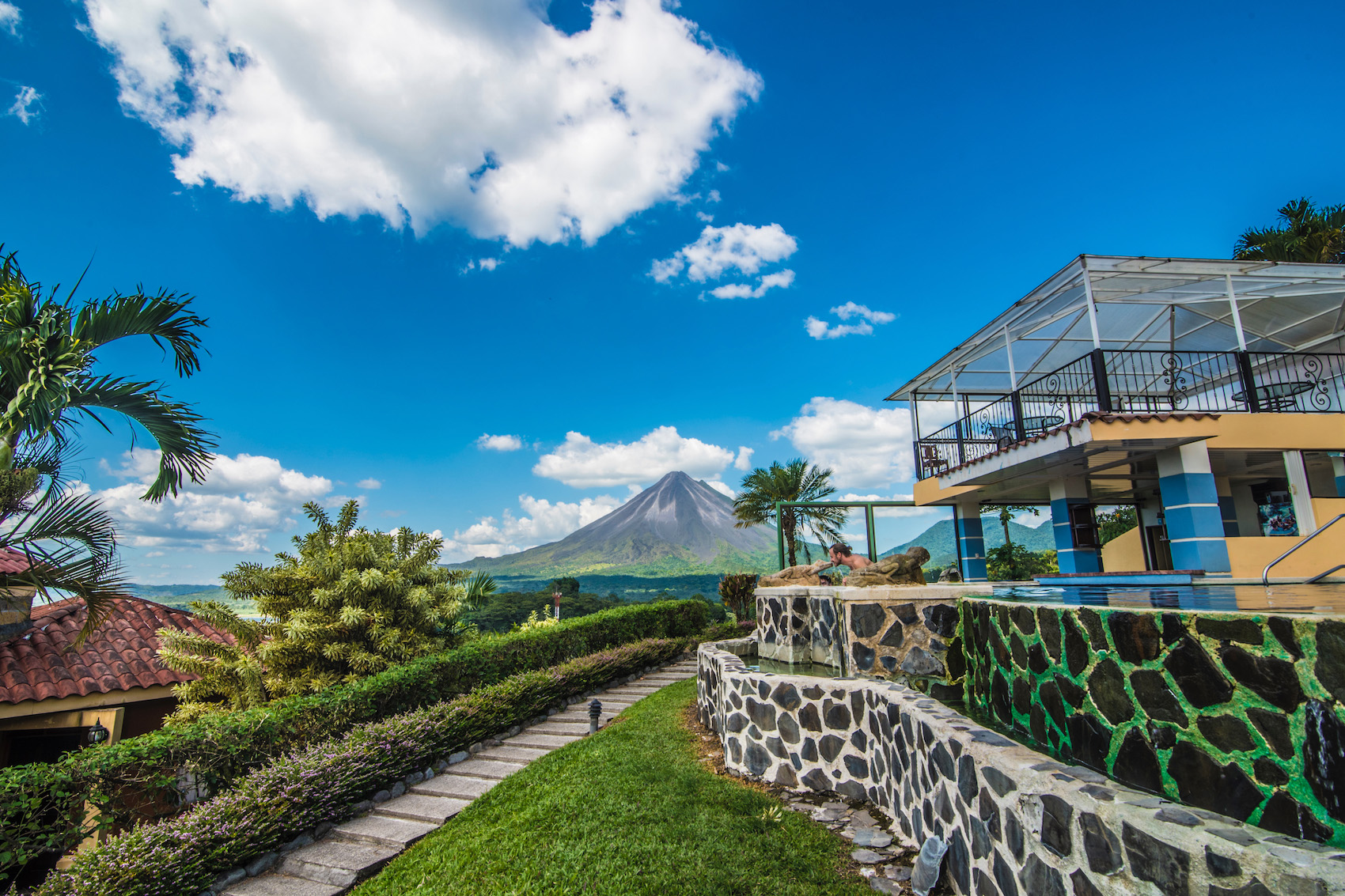 Another place to stay, if beaches aren’t your priority, are in the volcanic highlands of Costa Rica’s interior—specifically near iconic Arenal Volcano. Although some travelers take Arenal Volcano tours that involve exhilarating hikes or scenic boat rides, other travelers (myself included) opt simply to stay in hotels and guest houses with awesome views of the volcano, and spend their days at relaxing hot springs. 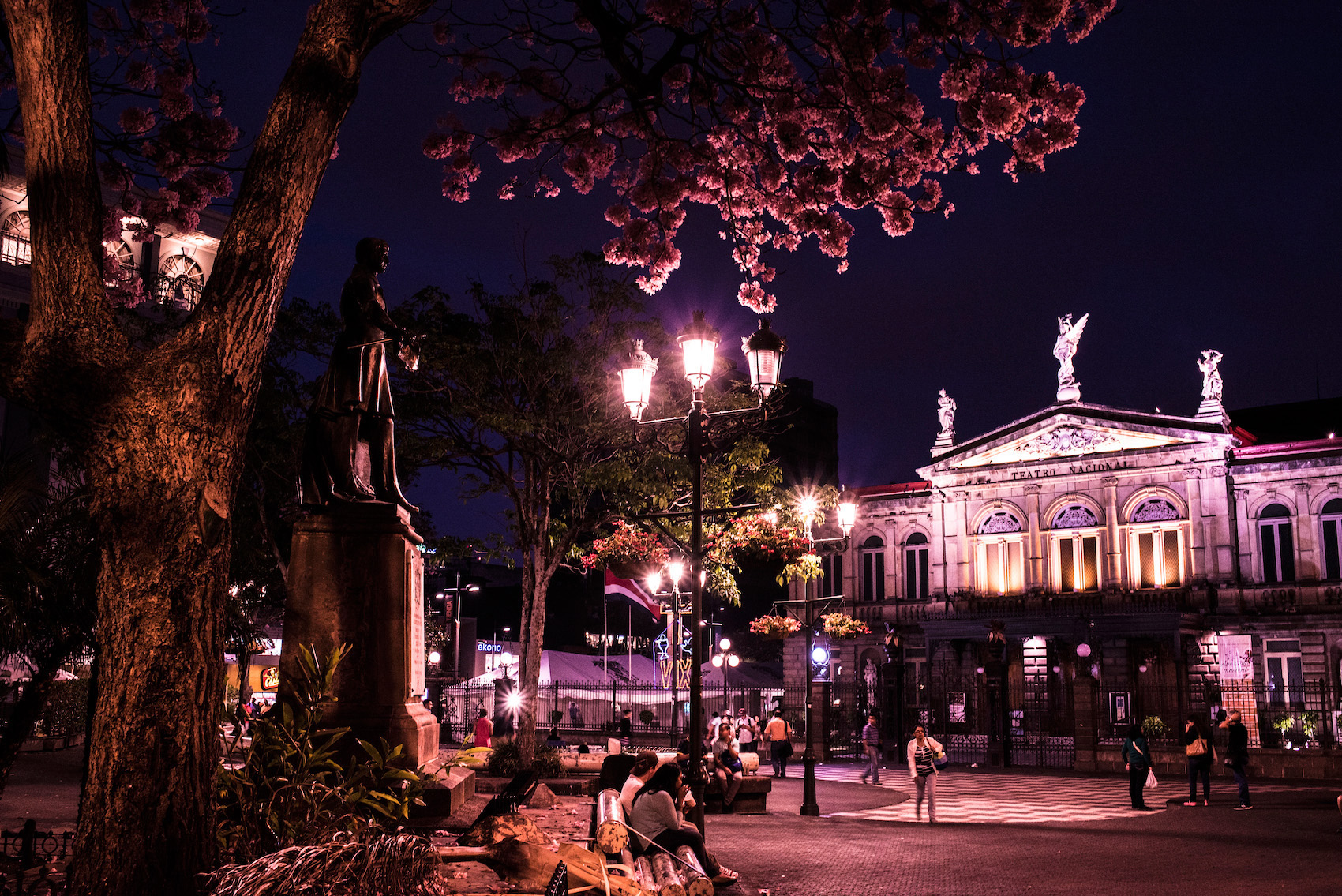 Although most people would agree that San Jose is not the best area to stay in Costa Rica, the capital does have some benefits. First of all, the city center is safe and very interesting, whether you walk under Jacaranda in the springtime, see historical attractions like Teatro Nacional or explore the Barrio Chino (aka Chinatown). Day trips from San Jose include Irazú Volcano and historical Cartago. 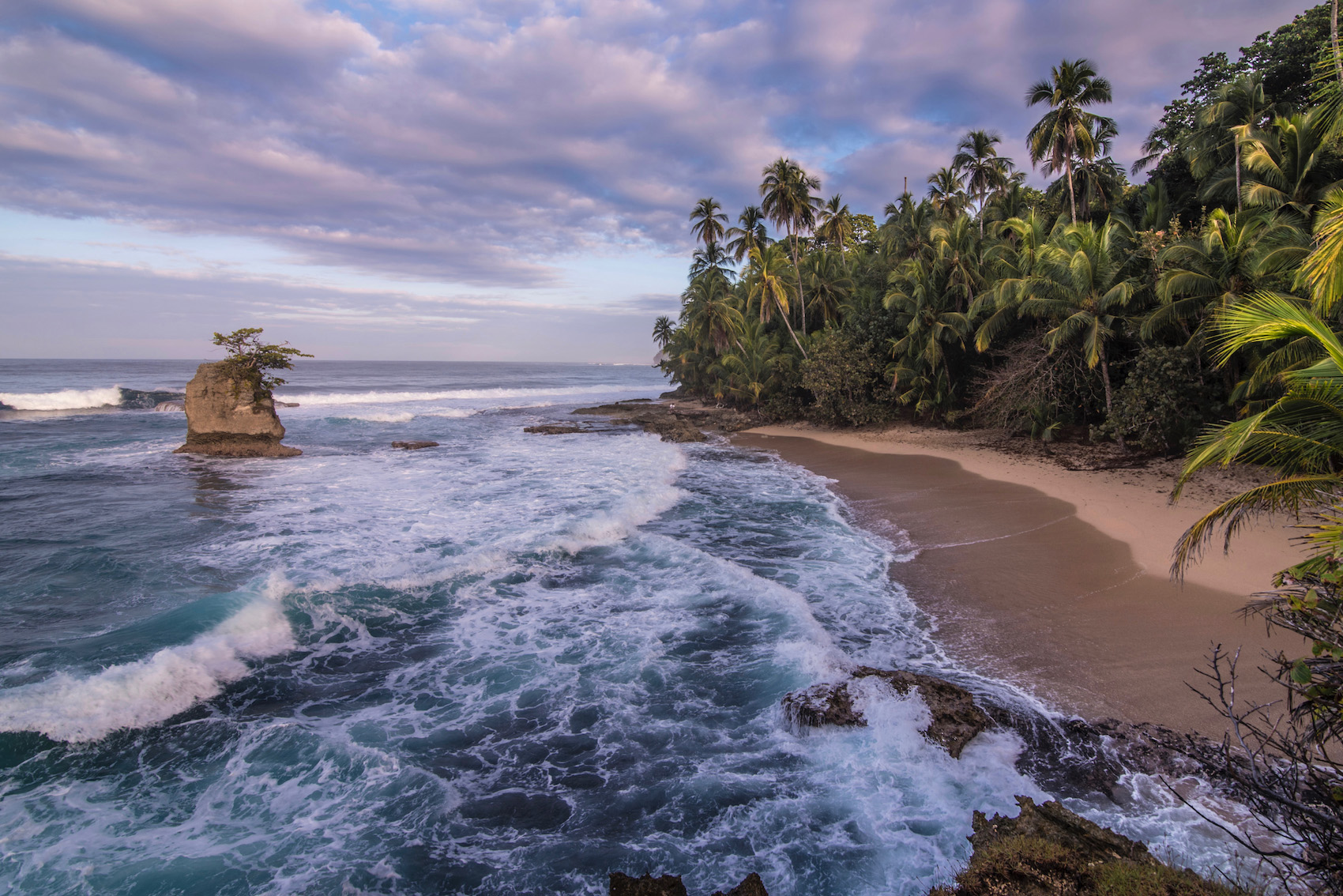 For most travelers, the debate of Costa Rica Caribbean vs Pacific coasts is not a close one. Well, not for this traveler! While I enjoy the Pacific beaches of Costa Rica, I actually find that the Caribbean side is home to the country’s most beautiful coastal scenery, particularly as Manzanillo near the border with Panama. Many travelers here base themselves in Puerto Viejo, though I also like Punta Uva and Cahuita.

Other Places to Stay in Costa Rica

Keeping in mind what I said earlier about car hire in Costa Rica, there are some other Costa Rica destinations that make good bases for your trip. Some travelers choose to hub themselves in Liberia as opposed to San Jose, since it’s a better point of origin for exploring much of Costa Rica’s Pacific Coast than San Jose.

Of course, since many of the best Costa Rica beaches (at least in my opinion) are on the Caribbean side, I would echo my opinion that you should stay there if time in the water is your priority. On the other hand, the city of Limon itself is a pretty dodgy and un-lustrous place—I can’t imagine a reason to stay there, unless you personally know someone of course.

The best area to stay in Costa Rica is a matter of personal preference, though you’ll need to do some research before making your decision. Do you stay on the Pacific Coast and frolic on the beaches of Manuel Antonio National Park, or base yourself in Monteverde Cloud Forest and chill out in the cooler reaches of the jungle? Even sleeping in the national capital San Jose has its merits, as does basing yourself on the underrated Caribbean coast. No matter where your trip takes you, Costa Rica starts here.

Robert Schrader is a travel writer and photographer who's been roaming the world independently since 2005, writing for publications such as "CNNGo" and "Shanghaiist" along the way. His blog, Leave Your Daily Hell, provides a mix of travel advice, destination guides and personal essays covering the more esoteric aspects of life as a traveler.
Read More Share
A Visual Wonderland Through South Korea
Family-Friendly Skiing at Vermont’s Smugglers Notch