Tohoku was not yet on my mind as I looked at the Sunday morning sky, which was grey, even through my blue curtains. But I was leaving for Japan in a few hours—what did the color of the sky in Thailand matter?

Six months, I’d reminded my friend Megan during our video chat the night before, when the sky was black. It had been six months since I left Austin, or at least it would be Monday morning when I landed at Haneda Airport. Initially we laughed, postulating that perhaps it had only been six days, what with how little seemed to have changed about our life-affirming rapport. But, as we both mourned the rapid disappearance of the America that existed even half a year ago, I changed my answer to “six years.”

Or six decades, Megan laughed, with a joy that came from deep in her belly. There are so many reasons to be miserable right now, but Megan’s happiness blocks them all out the way my blue curtains block out the grey sky of a Bangkok morning: I know they’re there, but I can’t see them.

I always pick up a new Murakami book before every trip I take to Japan—this time I chose Colorless Tsuru Tazaki and His Years of Pilgrimage. It’s not one of Murakami’s better-regarded books, both on account of how recently it was published and also, because it didn’t get great reviews.

But the idea of pilgrimage has been on my mind even more than usual lately, as I approach an important milestone along my own crusade. I’d planned to wait until I got on the plane to start reading it, but the muted Sunday sky inspired me to start early.

By the time the ANA Dreamliner had reached cruising altitude, I was on page 301 (of 314). After this, he no longer had a place to go, or a place to which he could return. 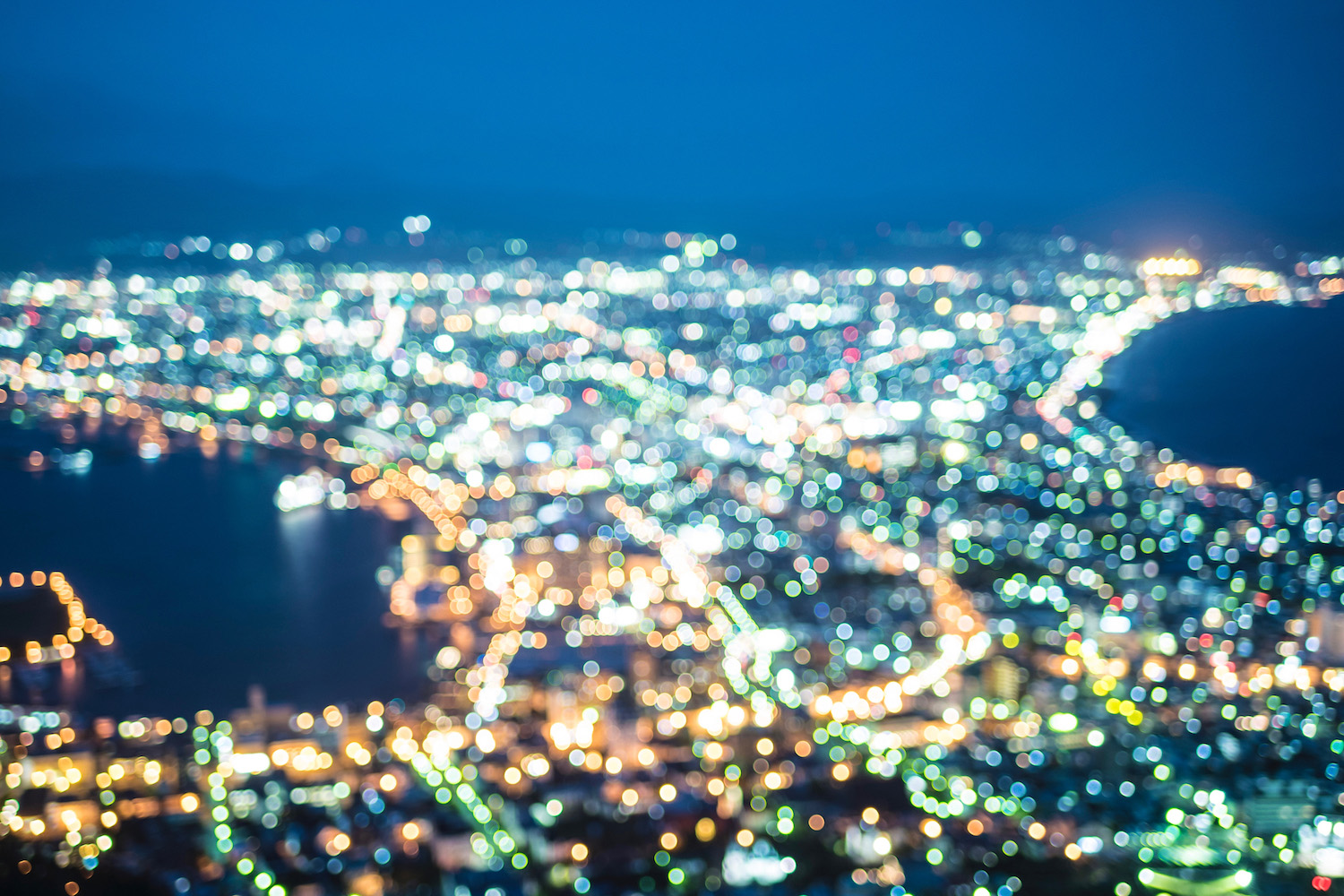 It was early 2015 the last time I was in Hadokate. I was two weeks short of my 30th birthday; ISIS had just published a video of a Jordanian fighter pilot being burned alive; Donald Trump wasn’t yet a presidential candidate.

Hillary hadn’t announced her candidacy either—the 2016 election was the last thing on my mind. I disembarked atop Mt. Hakodate to find that a thick fog had rolled in over the city while the cable car was ascending, reducing its glittering “Night View” to a dim glow. That was how faint the possibility that I might one day leave the United States seemed to me.

I also failed to photograph (and eat) the infamous dancing squid the last time I was in Hakodate, so I stopped by the seafood market on the way to the Mt. Hakodate ropeway Monday afternoon. Shania Twain’s “You’re Still the One” played as I poured soy sauce on the cephalopod’s flailing tentacles, which sucked at the inside of my mouth as I chewed them.

In Colorless Tsuru Tazaki, Murakami tells the story of a man in his mid-30s on a quest to neutralize a toxin two decades in the past that continues to poison him today. The novel takes Tsuru to some interesting places (not Hakodate, notably), but abruptly ends without resolution, neither of Tsuru’s existential crisis, nor the many other narrative threads Murakami spools out.

While it makes sense for a book about a 36-year old man to feel incomplete, I was determined not to end up like Tsuru Tazaki, even if I could only take small steps toward denouement. 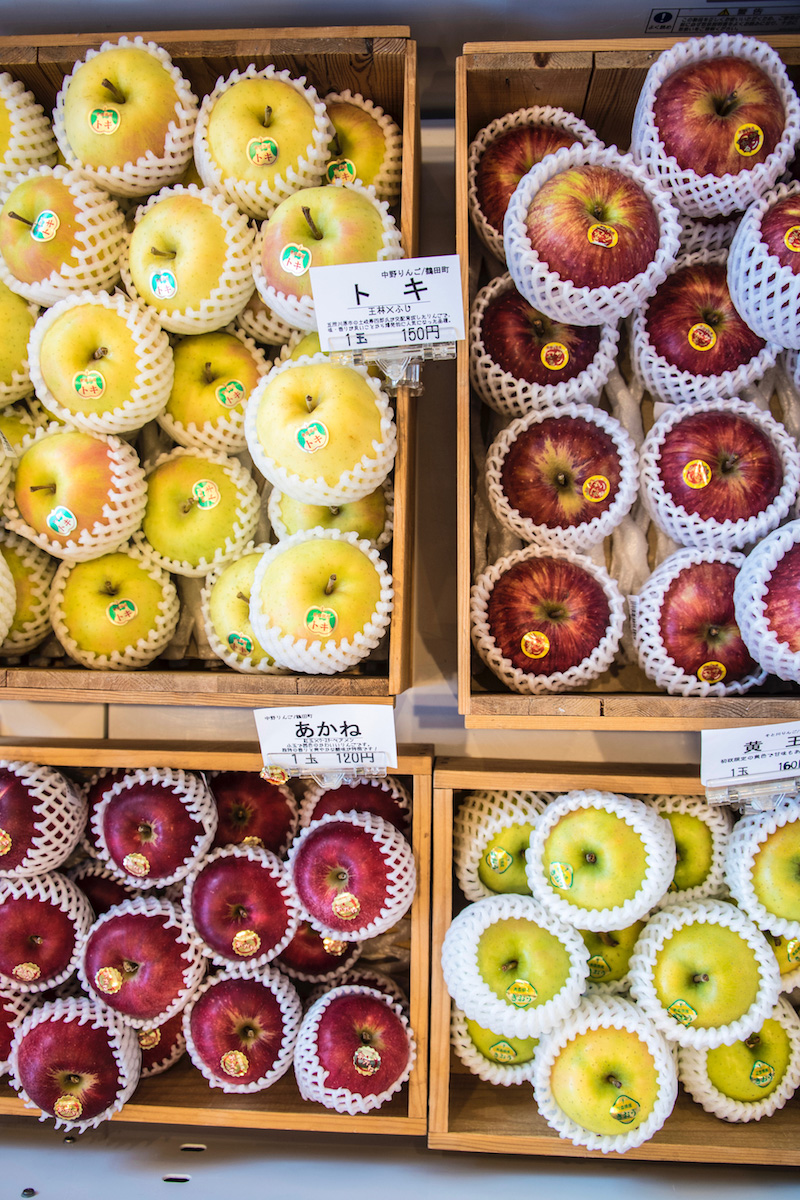 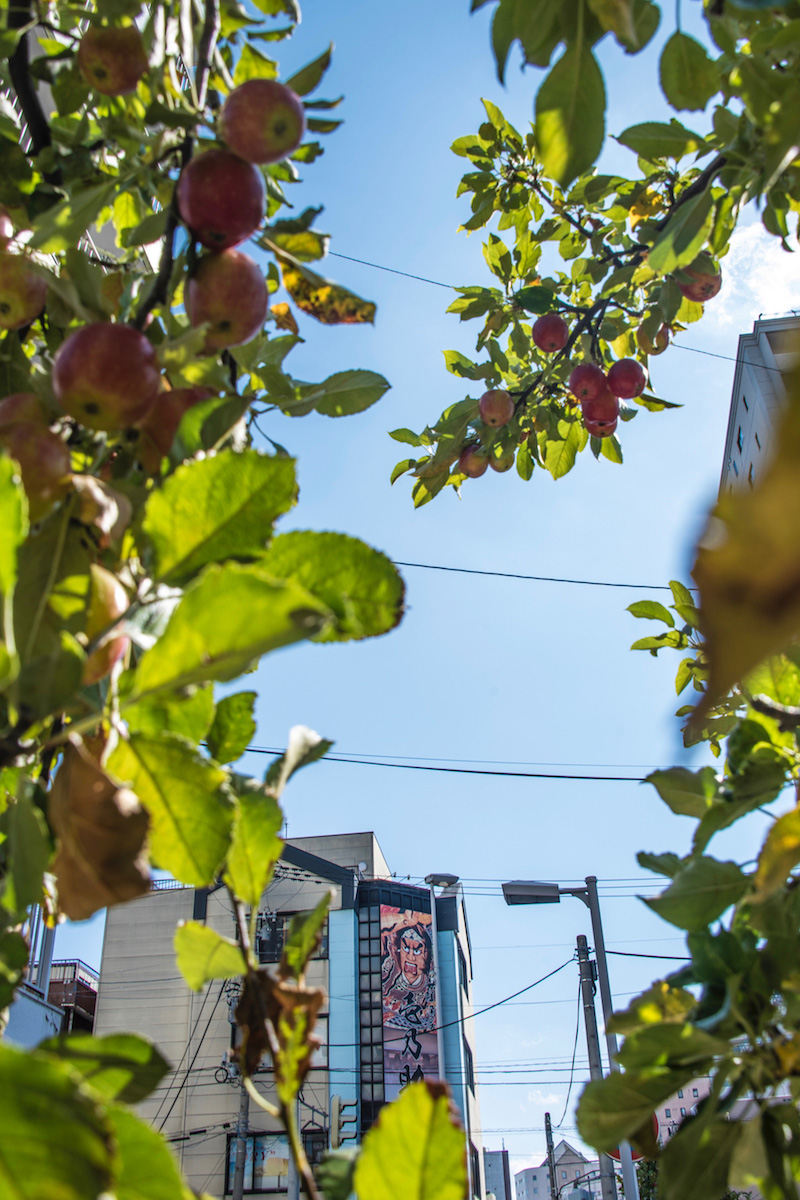 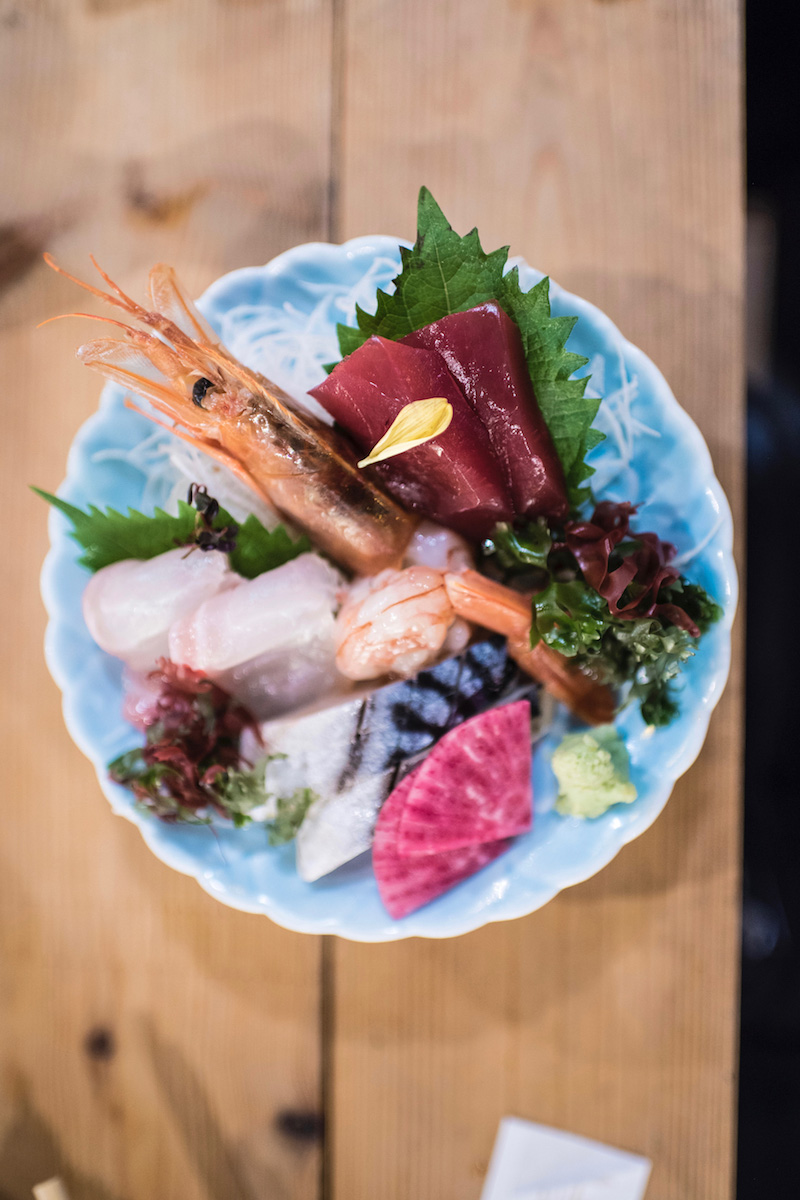 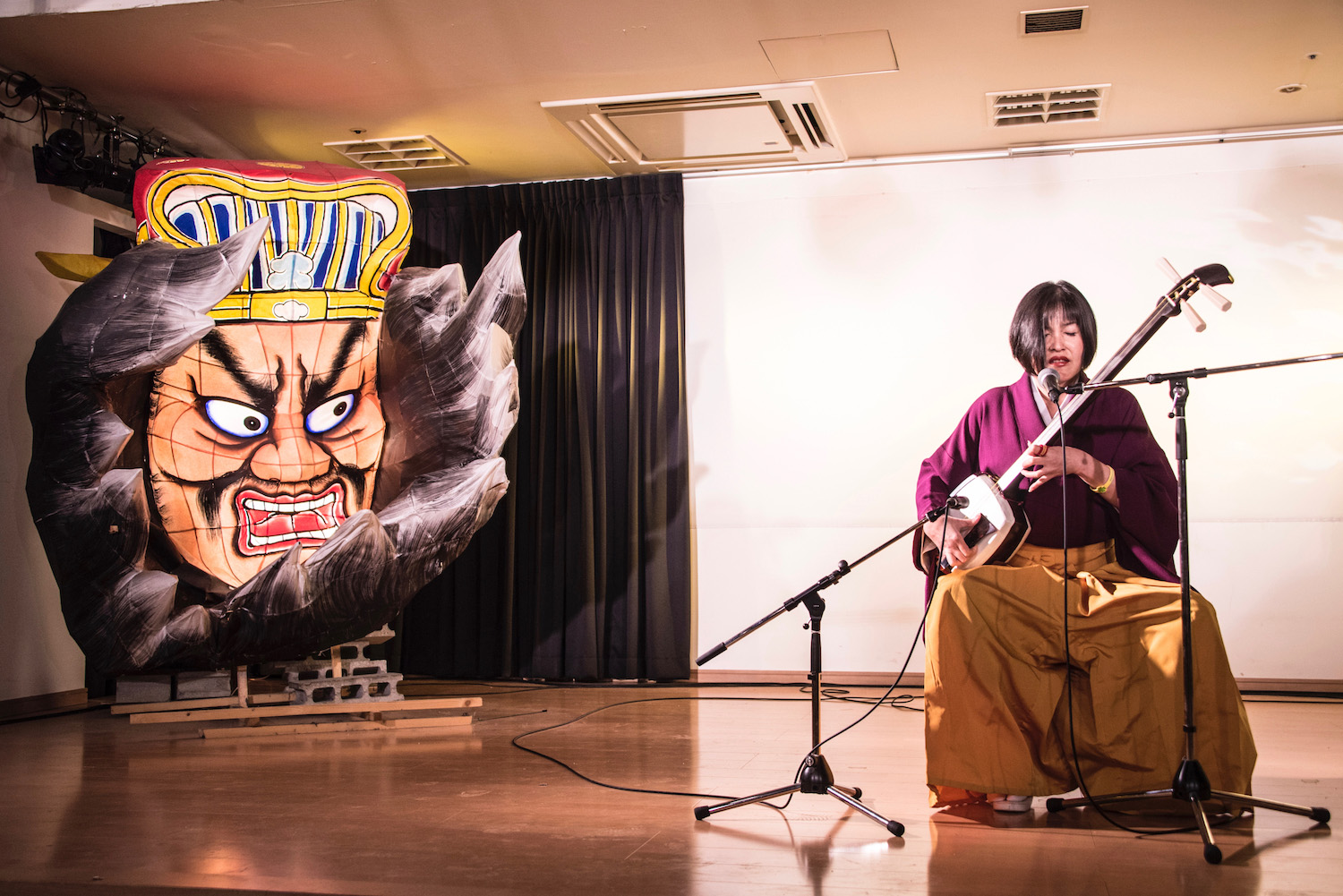 During his childhood in Nagoya, Tsuru Tazaki was one of five extremely close friends, each of whom had a color in his or her name, except for Tsuru—this is how he became colorless. Years later, on a visit home from college, Tsuru discovers that he has been excised from the group, which haunts him into adulthood—his pilgrimage, which lasts more than a decade in the context of the book, aims to reconcile this.

The night I left Bangkok I felt sadness open up inside me, as dark and colorless as the sky above me. But as I ascended the cable car up Mt. Hakodate on Monday afternoon, I realized I had a leg up on Tsuru. Although I was never part of a social circle as important as his—indeed, I was something of an outcast nearly until the day I graduated high school—I’ve always had the unconditional support of at least one friend.

The huge churches of Motomachi were barely perceptible as the city illuminated, one building at a time. I felt vindicated to see the clear night view, but I also felt insignificant. Had I not spoken to Megan three nights earlier, I might have gotten as close to the edge as Tsuru Tazaki.

Tuesday morning over the Tsugaru Strait in Aomori, I passed under the torii gate at Uto Shrine to find a mother Instagramming her toddler at he fed koi, and ignoring her infant as it shrieked. At dinner, a local musician beat a traditional tsugaru-shamisen and shrieked out some lyrics that were probably about apples (which account for 75% of Aomori prefecture’s GDP) or colorful Nebuta floats, the city’s most conspicuous cultural legacy.

Both of these things would’ve annoyed me anywhere else in the world, but no other country can pull off heavy metal folk music, or needs as many babies as Japan. 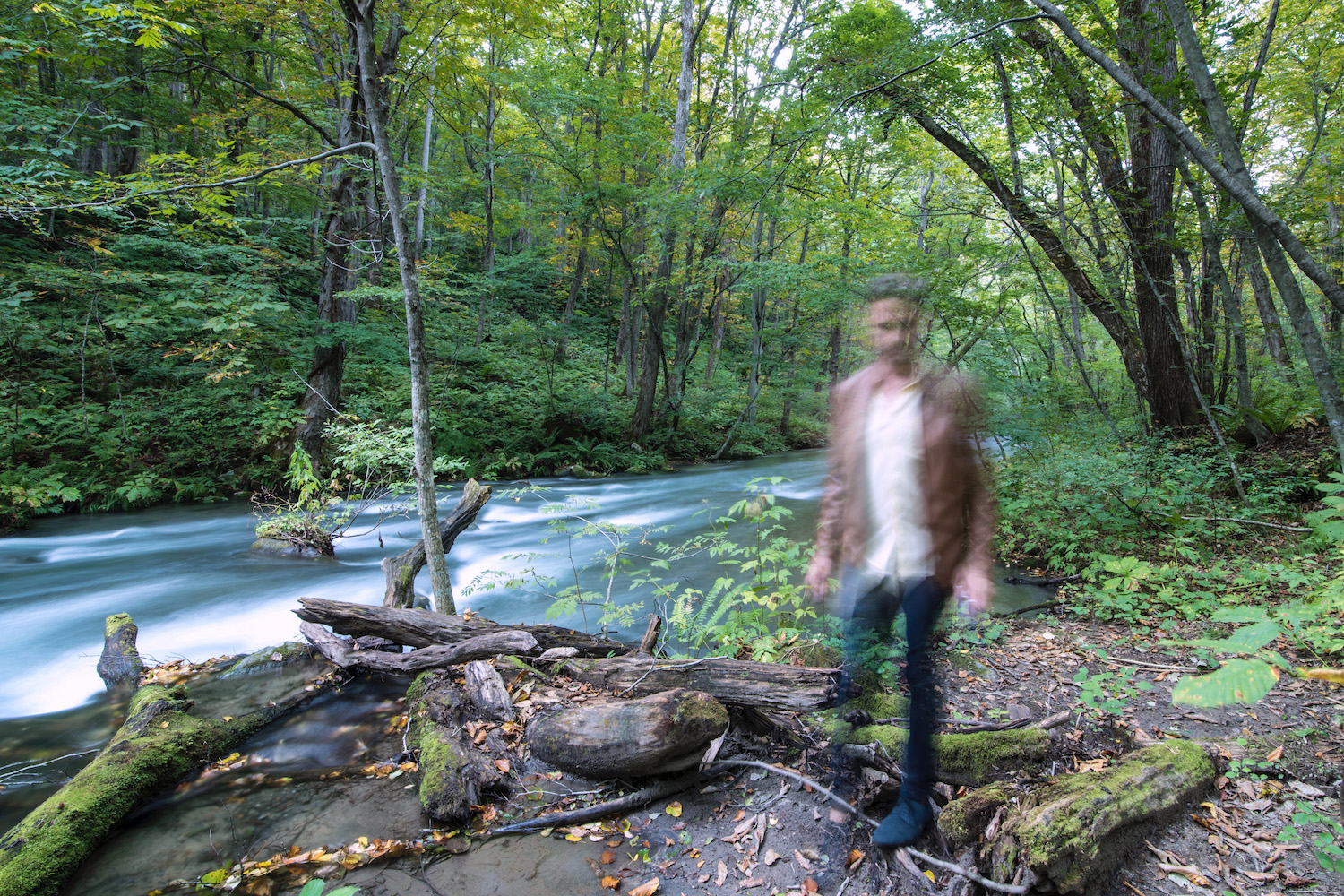 I experienced the first earthquake of my adult life—and of my eight trips to Japan thus far—early Wednesday morning in Aomori. I’d just failed at photographing a momentary flash of fuchsia in the day’s sunrise, when I heard what sounded like a herd of elephants stampeding above me.

It was only when I got into the elevator, which was swaying violently inside its shaft, that I realized what was going on. The Not-So-Great Tohoku Earthquake, as it were.

Which is not to say that even the 2011 tremor was the greatest that Tohoku had seen. Severe earthquakes and tsunamis have occurred in the Tohoku area as far back in recorded history as the year 869, which led nobility in Kyoto to the conclusion that it was a land of evil spirits. (They also lauded Tohoku for its strong horses and brave men, for context.)

As the guide onboard my bus to the Oirase Gorge recounted a more extensive version of the region’s seismic past, I couldn’t help but recall Tsuru Tazaki’s confrontation with the spirit world. By the time he reaches his early 30s, his pilgrimage has led him to the reason his former friends rejected him: One of the two girls, Shiro, claims he raped her.

This never happened, of course, and the other girl and the two boys have accepted this in the decade that’s passed, but what’s strange is that Tsuru regularly dreamed of having sex with Shiro before learning this, which prompts him to wonder if his subconscious actions make him guilty in the waking world.

Following a hike along the gorge, we made our way toward Lake Towada, which was less than resplendent under the cloudy sky, in spite of being known to have the clearest, bluest waters in all of Japan.

“The grave of Jesus is located near this lake,” the guide told us to distract from our disappointment, explaining how locals believe that the person crucified was Jesus’ brother, and that the real prophet came back to Japan with his wife and three kids. Something tells me people would be offended by this story if it were better known. 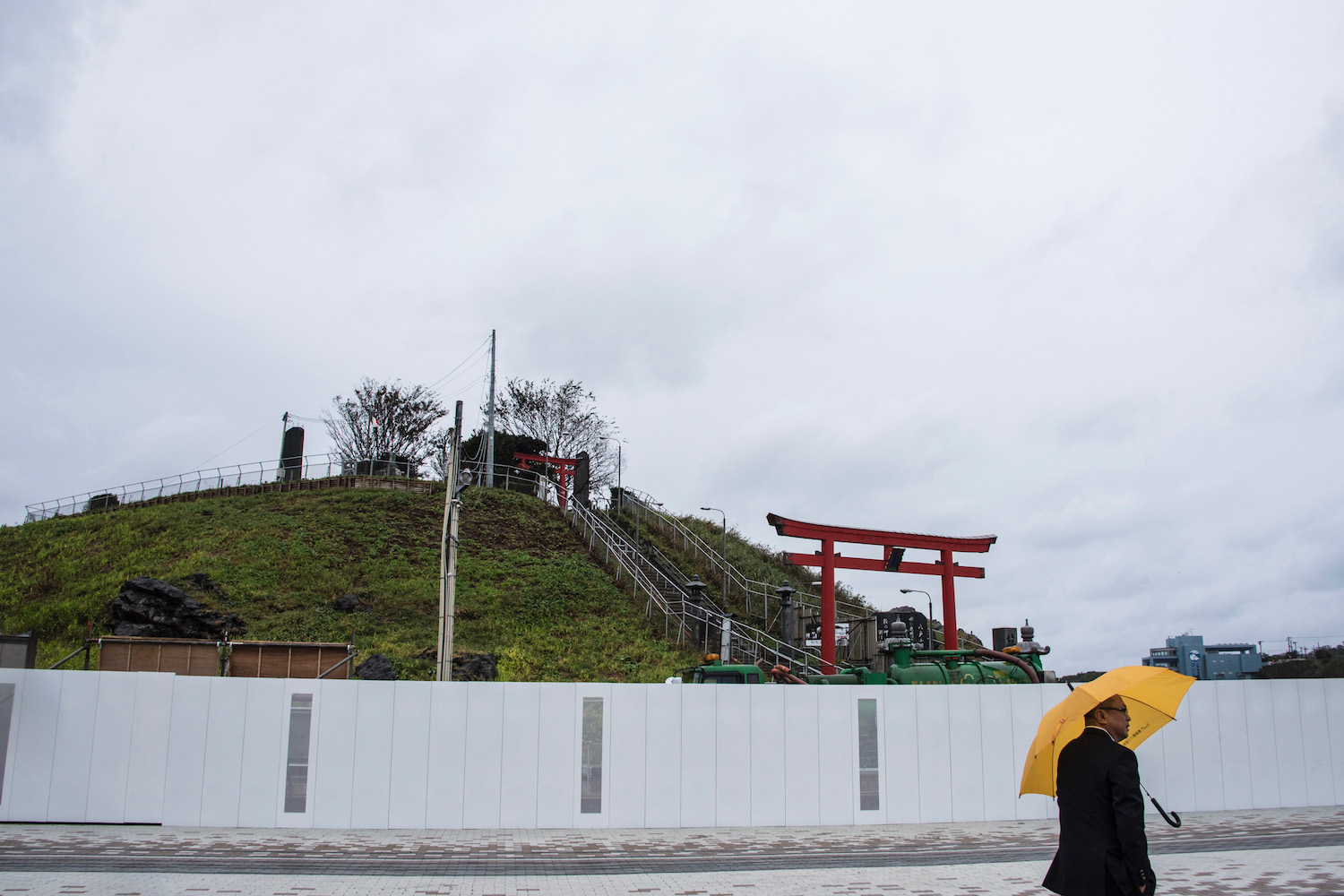 Not all Tohoku’s spirits are evil, nor are all its benevolent ones predicated on sacrilege. The Kabushima Shrine in the port city of Hachinohe survived the 2011 tsunami, which led many to see it as a vessel of good fortune. It was only when the shrine burned down years later that they realize it had been a taker of luck, not a giver.

It’s no coincidence, to be sure, that industrial Hachinohe isn’t much to look at, apart from this once-holy site. Historically the Tohoku region around it was where famous horses from Tohoku hailed from, its only former glory, and one it seem unlikely to reclaim in the future.

Shiro, it turns out, died several years after the false accusations she levied against Tsuru, but several years before he could see her again. Although she was murdered (and although Tsuru wonders if he wasn’t culpable for that too, even though his dreams were never violent, certainly not homicidal), the three other friends all express that they feel something inside Shiro eventually led her to her own death. Ironically, she succumbed to the dark void into which her lie plunged Tsuru.

As my Tokyo-bound Shinkansen sped southward at 300 km, I gazed back at Hachinohe, still set beneath a sky so dim I’d have known it was grey behind a rainbow curtain, let alone a blue one. It was Thursday evening, exactly a week since I spoke to a friend whose laughter I will never tire of hearing. Slightly more than six months since I left a country I may never be able to call home again.

The headphones popped of out the iPhone of the sleeping girl next to me, and an orchestral instrumental version of another Shania Twain hit (“From this Moment On”) blared from her phone, a fitting bookend to a whirlwind trip I had to be crazy to take, what with my departure to Tehran scheduled 24 hours later after I land back in Bangkok.

The Cursed Tohoku: I wouldn’t go so far as to say I’m brave—certainly not as brave as the long-dead samurais of long-cursed Tohoku, but I have both a place to go and place to which I can return, which is more than Tsuru Tazaki had going for him, at least.

Robert Schrader is a travel writer and photographer who's been roaming the world independently since 2005, writing for publications such as "CNNGo" and "Shanghaiist" along the way. His blog, Leave Your Daily Hell, provides a mix of travel advice, destination guides and personal essays covering the more esoteric aspects of life as a traveler.
Read More Share
Luxe & Elegant Miss Garcia Shoes & Boots
French Estérel @ the Sofitel for Romantic Courtyard Dining